A campaign that honours the memory of Langley’s Adeline Samborski by raising funds for families fighting cancer is preparing to give away a fifth cheque for $5,000.

Ashley Samborski and his dad Gerald launched the campaign after Adeline, Ashley’s mom and Gerald’s wife, died in 2013 following an eight-month battle with pancreatic cancer.

In the hospice, Ashley got to see how many people, like him, were struggling with finances while a loved one was fighting cancer.

His dad helped him out with bills, and after Adeline passed, they decided to help other people in similar situations by raising money, then searching for a deserving family whenever the total raised hit the $5,000 mark.

Their first cheque presentation was in 2015. 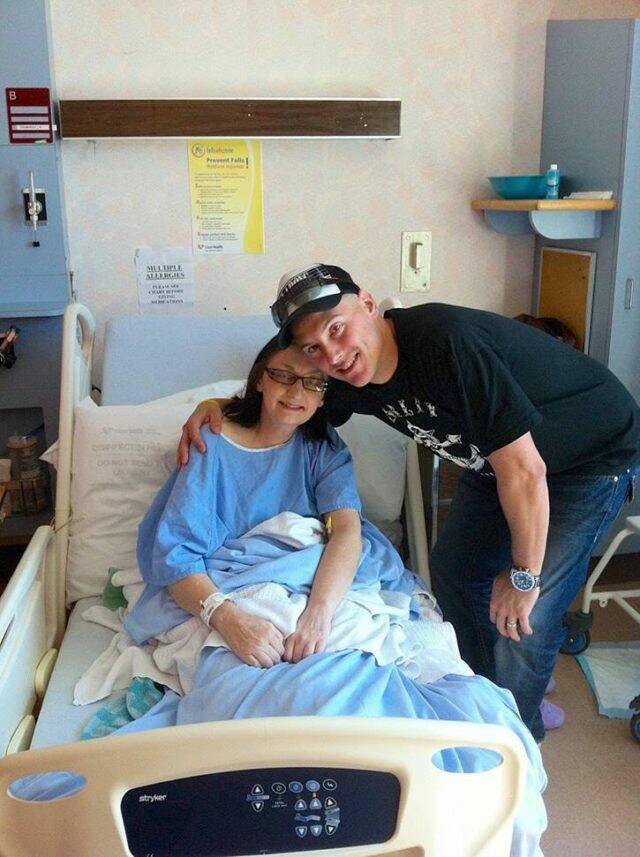 Ashley Samborski with his mother Adeline, who died in 2013 following an eight-month battle with pancreatic cancer (file)

This time around, it took more than two years to reach the target, mostly because of the impact the pandemic had had on donor businesses, Ashley noted.

“It took us a while,” he told the Langley Advance Times.

“It’s the biggest gap [between cheque presentations] since we started.”

After an attempt to raise funds by raffling off his car drew a disappointing response, Ashley refunded the money for the few tickets that had been purchased and sold the mint condition 2002 Honda Civic privately, putting the whole amount, $2,200 into the fund.

That, along with other fundraiser iniativess, including a booze raffle, helped get them to their $5,000 target by Nov. 16.

Now, the search for a deserving recipient has begun, with Ashley asking for nominations for a needy family with a child who has cancer. They must live in the Lower Mainland to be eligible.

Suggestions can be made through the “The Adeline Samborski 5k give away” Facebook page.

“We get many entries and all of them are heart warming, but we only have one cheque,” Ashley cautioned.

Despite the struggle to raise the latest amount, he is determined to continue to helping families, one cheque at a time.

“If it takes another two years, it takes two years,” Ashley said, “someone will get a cheque.”

He predicted he and his dad will likely continue the campaign “until the day we die.”

READ ALSO: A Langley campaign to help with the financial burden of battling cancer aids a fourth family