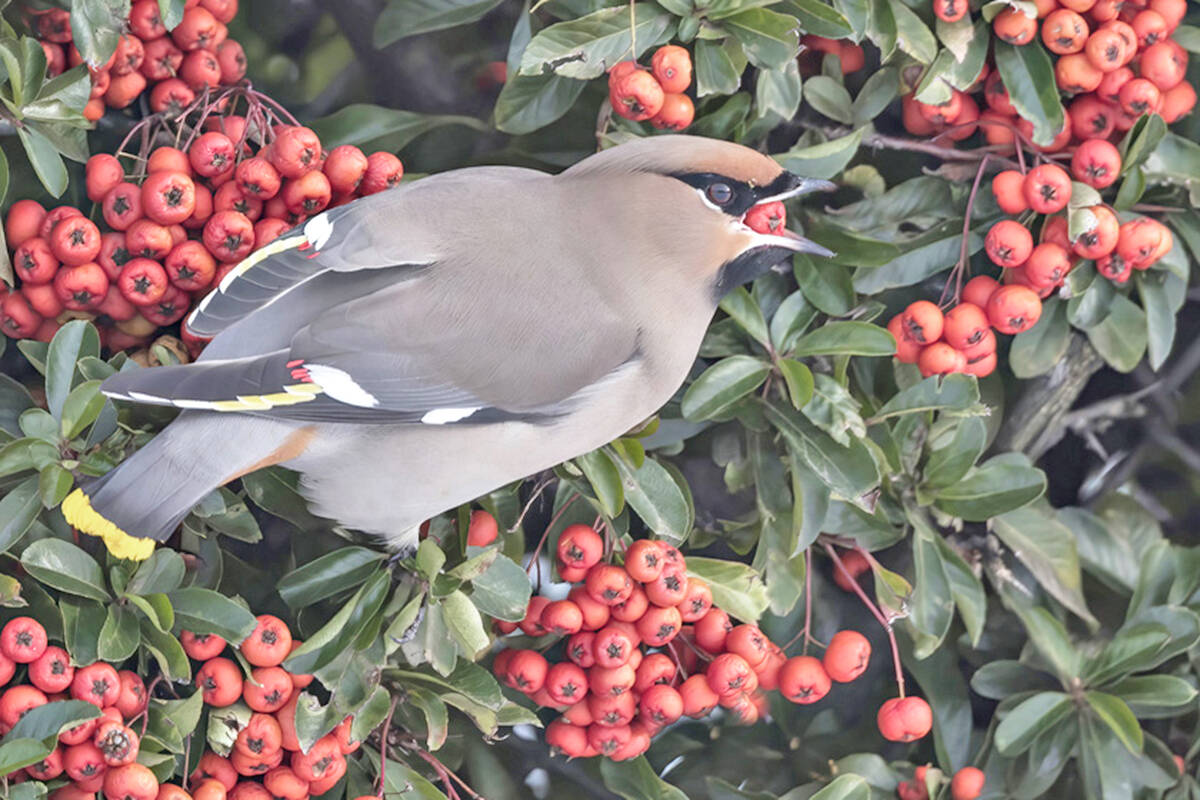 A Bohemian Waxwing feasted on berries Sunday, Jan. 2. It was one of several species tallied during the annual bird count in Langley. (John Gordon/Special to Langley Advance Times) 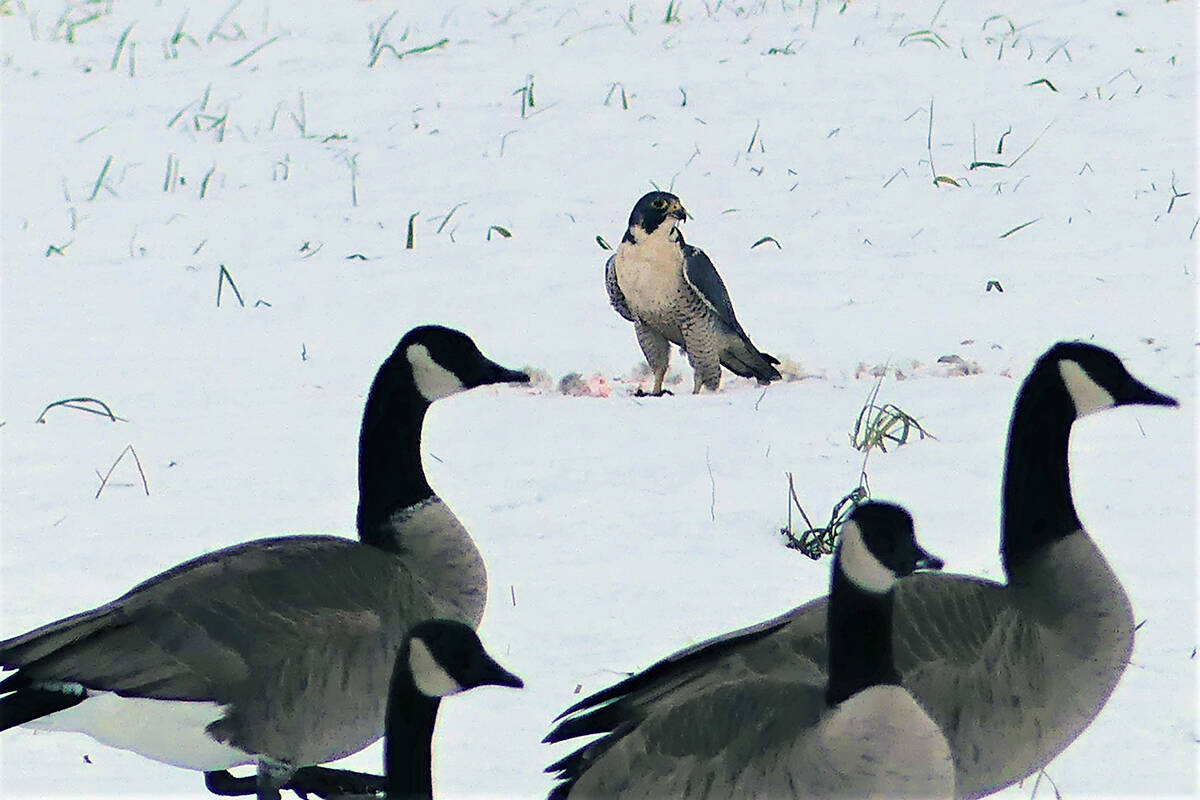 A Peregrine Falcon was photographed by Mike Klotz in Milner. (Mike Klotz/Special to Langley Advance Times) 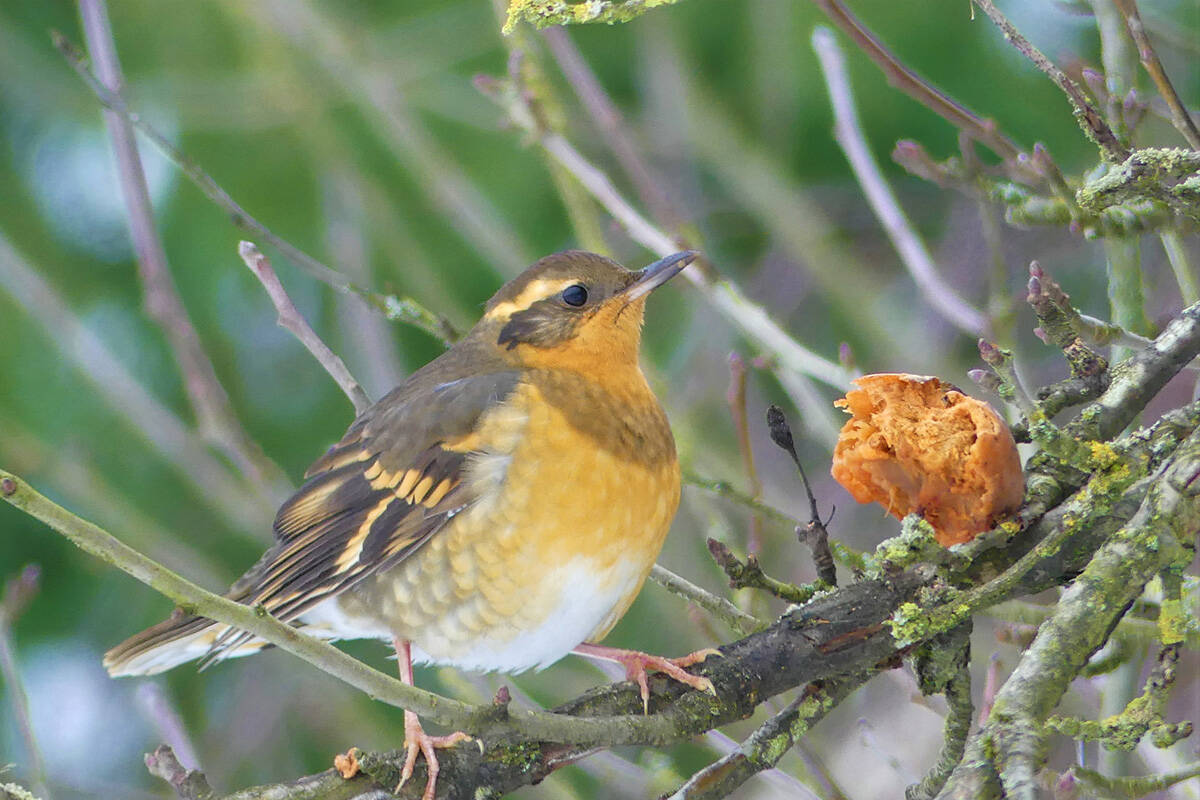 A Varied Thrush was spotted in Milner. (Mike Klotz/Special to Langley Advance Times) 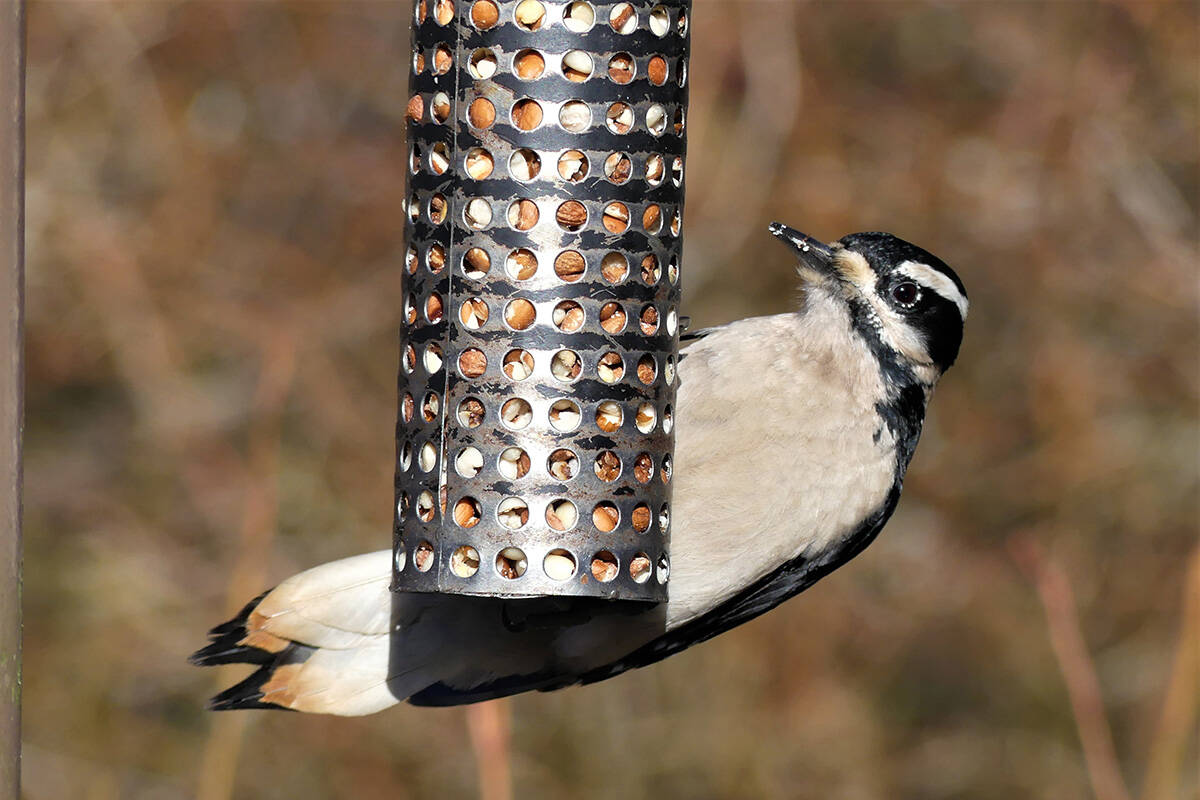 A Hairy Woodpecker at a feeder, photographed by Mike Klotz. (Mike Klotz/Special to Langley Advance Times)

Among them were some species not normally seen this far south, likely because the record cold snap was forcing them to seek out milder climates, organizers said.

Coordinator Gareth Pugh said there were also fewer people doing the counting this year, with some opting out because of weather and COVID concerns.

“We were a little low in numbers,” Pugh told the Langley Advance Times.

“The weather forecast was so dire, some people said, ‘eh, I don’t think so.” 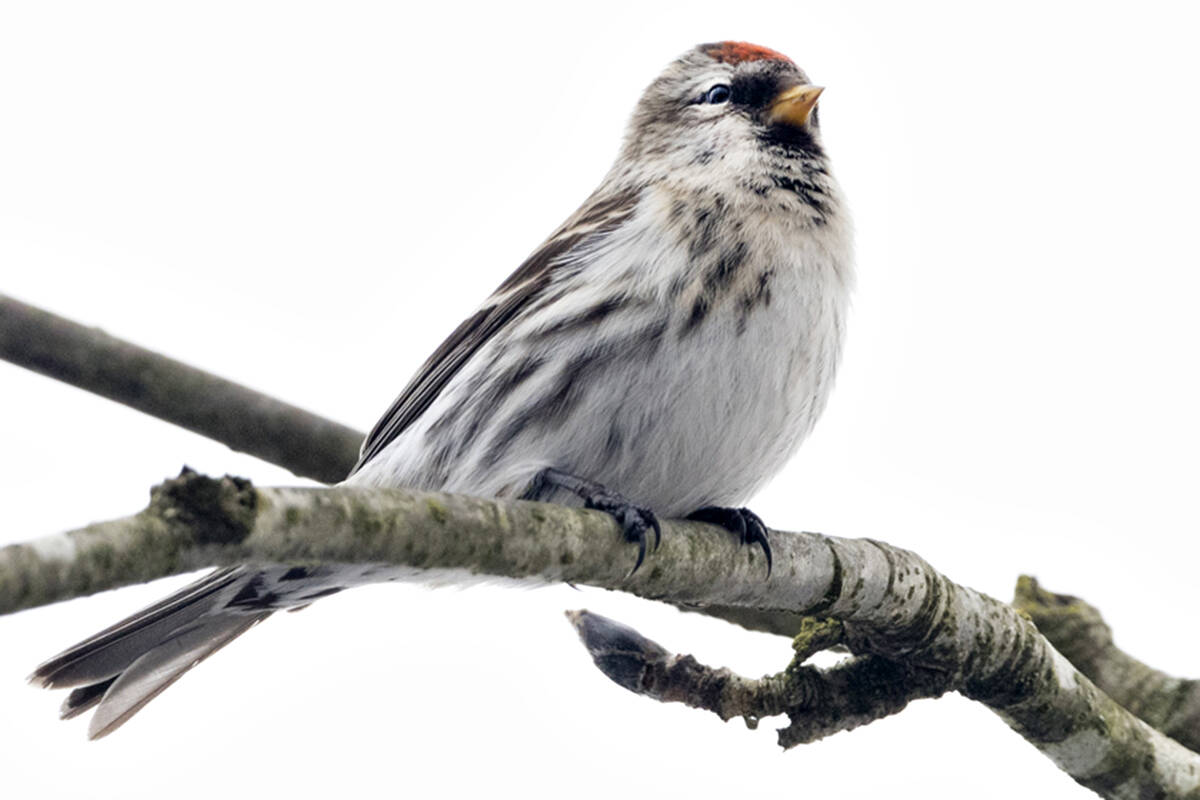 Langley photographer John Gordon came across a Common Redpoll on the Arbour Ribbon Trail behind the Christian Life Assembly on 56th Ave in Langley during the Sunday survey.

Gordon described the Redpoll as a “winter bird of the far north that only ventures down to the Lower Mainland during severe weather events.”

Another factor limiting the numbers of participants were COVID guidelines that couldn’t allow volunteer counters to car-pool as they usually do, Gordon said.

“Each person used their own vehicle.”

While the number of people participating in the outdoor count was down, Langley organizer Mike Klotz noted it was partially balanced by a “phenomenal” increase in reports from people who carried out the count in their own back yards.

“This is truly important as feeders are a prime source for birds during snowy and cold spells here in what is usually an ice-free winter zone. The birds concentrate around the food source and in most cases cannot be seen from public viewing areas by our crack team of birders.”

Klotz said after Environment Canada warned Sunday could see a mix of snow, rain and wind with a risk of freezing rain overnight, “it turned out actually to be a half decent day” with next to no precipitation and temperatures rising above freezing by the afternoon.

“Some of the notable absences were a great many ducks, like the Northern Shoveler, Lesser Scaup, and Common Goldeneye because most of the ponds were frozen over,” Klotz advused.

“Some of the notable birds seen were Bohemian Waxwings and Common Redpolls which are northern winter birds that have interruptive years when things get nasty in the north for finding food.”

All of the survey areas were covered in Langley but in most cases by only one or two people, “which was the lowest count of folks since I have been a part of the event in the Langley area,” Klotz estimated.

“There was a total of 12 souls counting this year in seven sub-areas of Langley. That is down from 20 last year and typically 30-40 in a regular year. We had multiple cancellations in the days leading up to the count but because we had some die hard birders step up and volunteer meaning all areas were covered.”

Christmas bird counts began in 1900, when a group of concerned natural historians felt it was better to count living birds than try to shoot as many as possible in a day.

Information collected by participants over the past century are one of only two large pools of data about how birds of the Americas have been faring over time.

In 1962, the first count was carried out in the Surrey municipality with 17 observers.

SHARE: Fun found for those frolicking on the ice