Jodi Mangat and her two sons are gearing up for a poker tournament this Saturday in Aldergrove.

After her mother Surjit Kaur Dhillon was told she had just a few months to live in October of 2014, her daughter, Mangat was left seeking closure.

“I never really got to say goodbye,” the Aldergrove resident explained. Her mother was diagnosed with pancreatic cancer.

By that December, Surjit had passed away.

“My mom was the type of person who would feed anybody that came over and was in need. She’d use everything in her cupboards to feed you, clothe you, and off you went,” Mangat reminisced.

In the years since Surjit’s passing, Mangat has made it her personal mission to help other families in the area facing the sting of a cancer diagnosis.

“We’re all affected by cancer,” she said.

Mangat and her sons, Aman and Justin, started small, in May 2015 with an afternoon car wash and softball tournament, donating profits to BC Cancer association.

After contemplating ways to contribute more, Mangat was struck with the idea of turning a popular card game at the local legion into a celebratory night of giving.

“This was my way of getting closure,” Mangat told the Aldergrove Star.

The first year she organized the poker tournament it was a family effort, Mangat said, with her brother donating the bulk of the cooked food.

After word broke out about the event, people around Aldergrove and card sharks from legion poker clubs across the Lower Mainland have signed up to participate.

“It just blew up,” Mangat said.

By that June, her next poker night had 108 players signed up. Now the family hosts the poker night bi-annually, to accommodate more players.

“That year, nearly everyone who attended got a door prize,” she said.

Since 2015, the Mangats have raised over $23,000 to assist families battling cancer.

Most of the money has gone towards BC Cancer, though nearly $6,000 has assisted Aldergrove families, struggling, in the midst of the disease.

In August, Mangat and her sons gave the O’Riley family a cheque for $1,100 at the end a slo-pitch tourney for their five-year-old son, Sylas, who was diagnosed with leukemia.

“We have played our hearts out, shed tears and have dedicated moments of silence to remember loved one we have lost and to appreciate how precious life is,” said Mangat. “This poker night is not only for mom, but for all the families who have lost someone special.”

This year, spots to play in the fifth annual poker tournament sold out on Tuesday.

Members of the Aldergrove legion’s poker club, Dave Hughes and Ron Fowlie, run the games at each table.

“There’s no way I could have done this without them,” Mangat admitted, explaining that card sharks like themselves who attend the tournament often ease up on their competition because of the cause.

In 2016, owner of the Aldergrove Budget Brake and Muffler, Jackson Pham, secured a poker pot of $800, winning the tournament.

He decided to give it all back.

Pham told the Aldergrove Star on Tuesday that he’s just happy to be a part of the community and to “help look after the people in Aldergrove.”

“No one fights alone” is a slogan Mangat will be sporting on a t-shirt this Saturday, Feb. 22, at the Royal Canadian Legion #265 Aldergrove branch, when the latest tournament gets underway.

Mangat will cook the Indian food but said there will be a whole buffet of other dishes to choose from, as well as dozens of door prizes donated by businesses in the area. 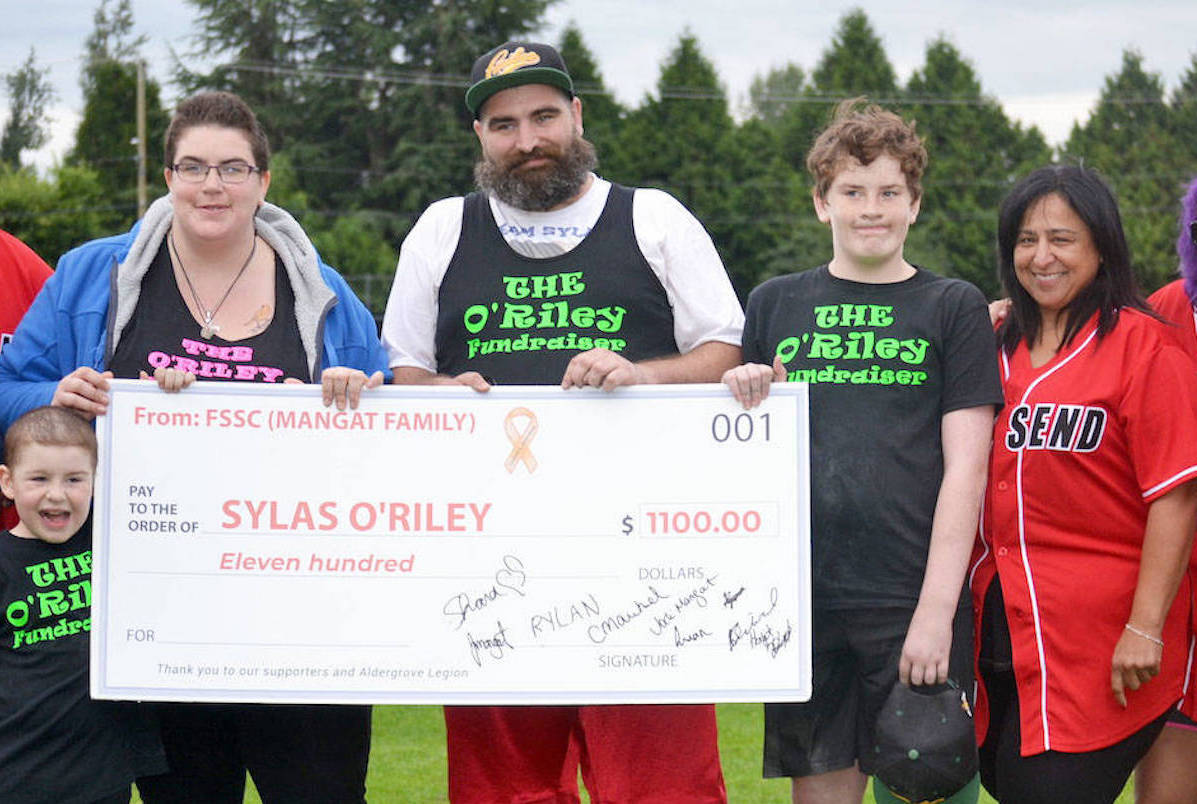 In August, Mangat and her sons gave the O’Riley family a cheque for $1,100 at the end a slo-pitch tourney for their five-year-old son, Sylas, who was diagnosed with leukemia. (Aldergrove Star files) 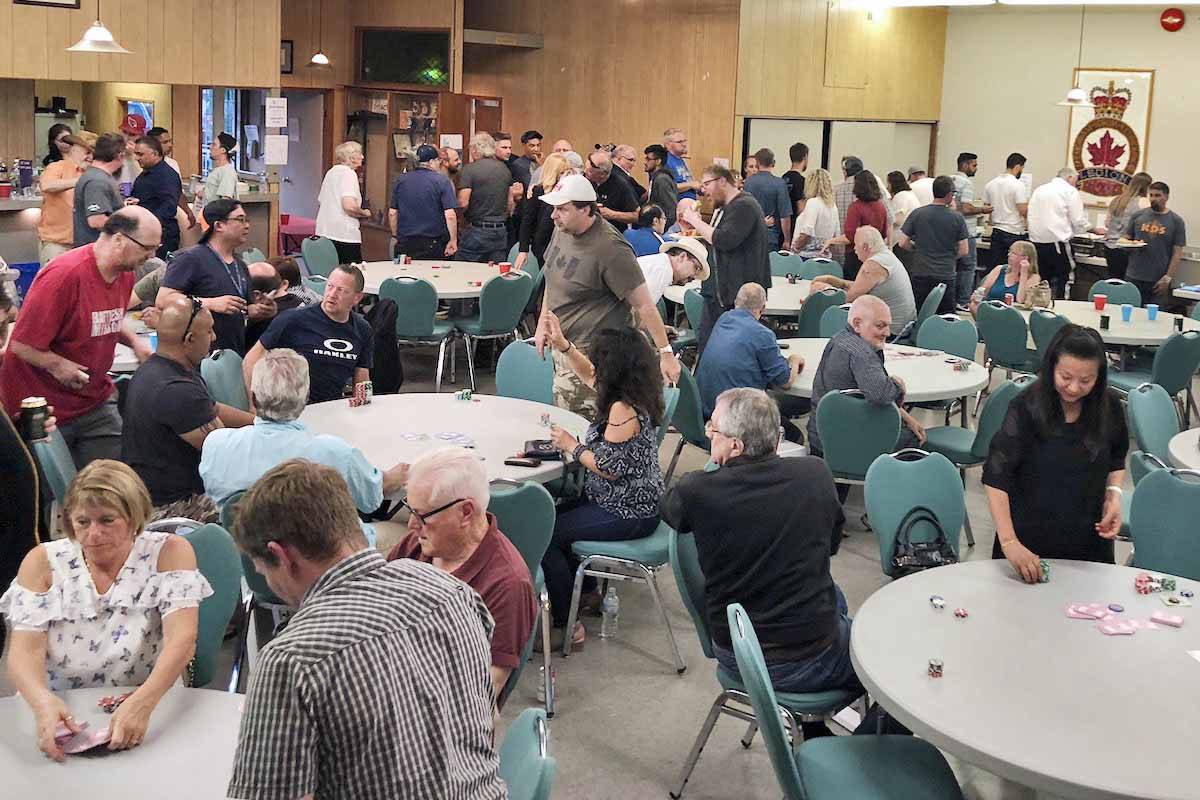 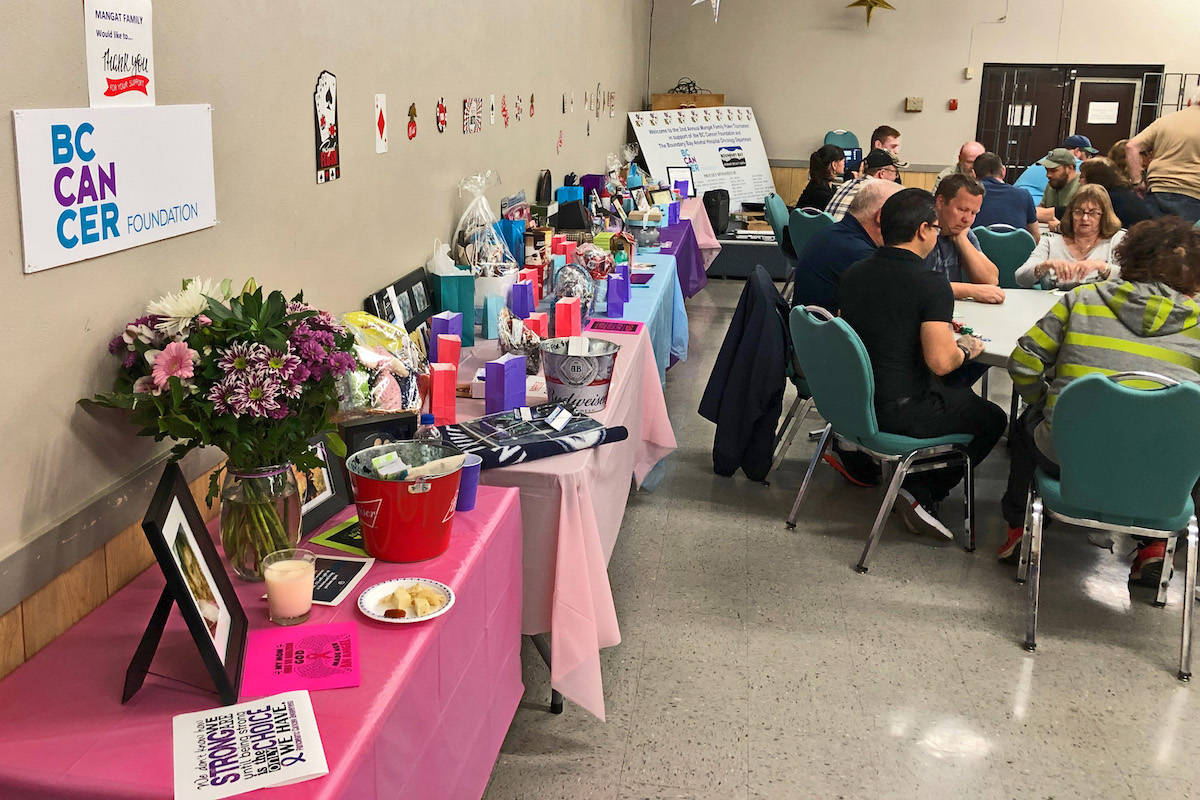 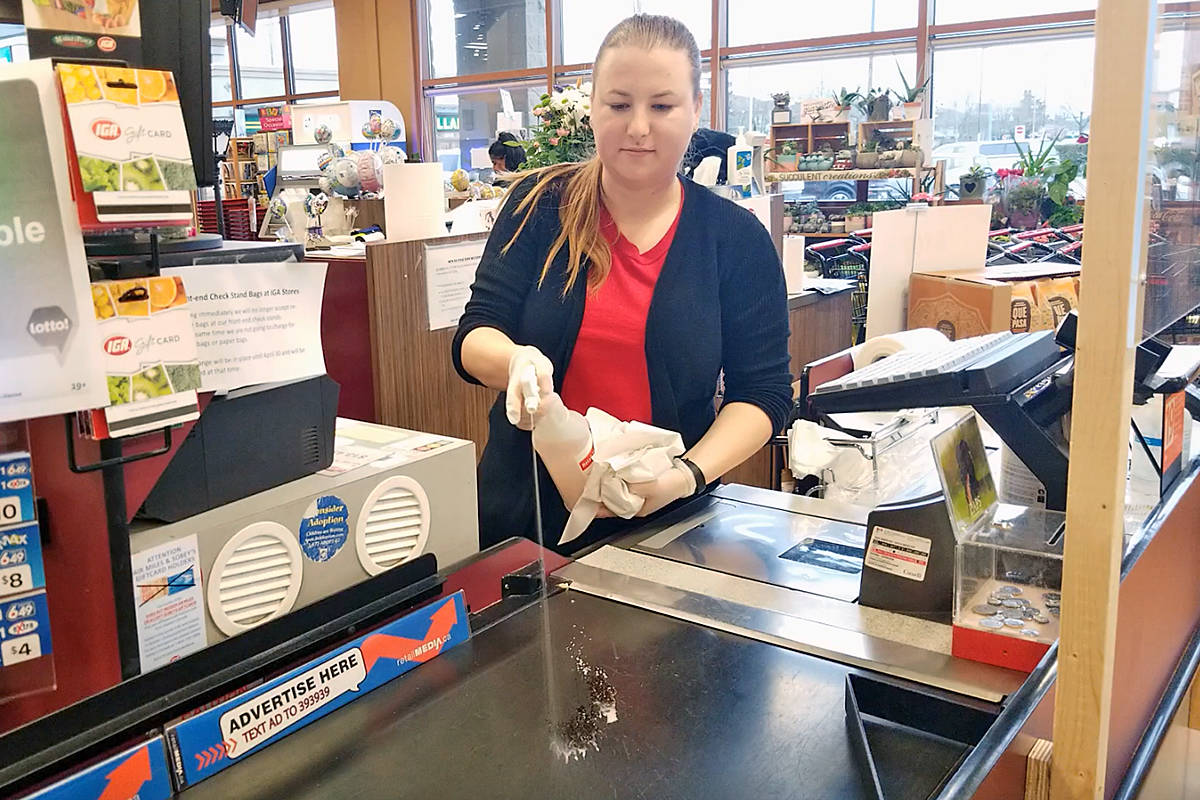 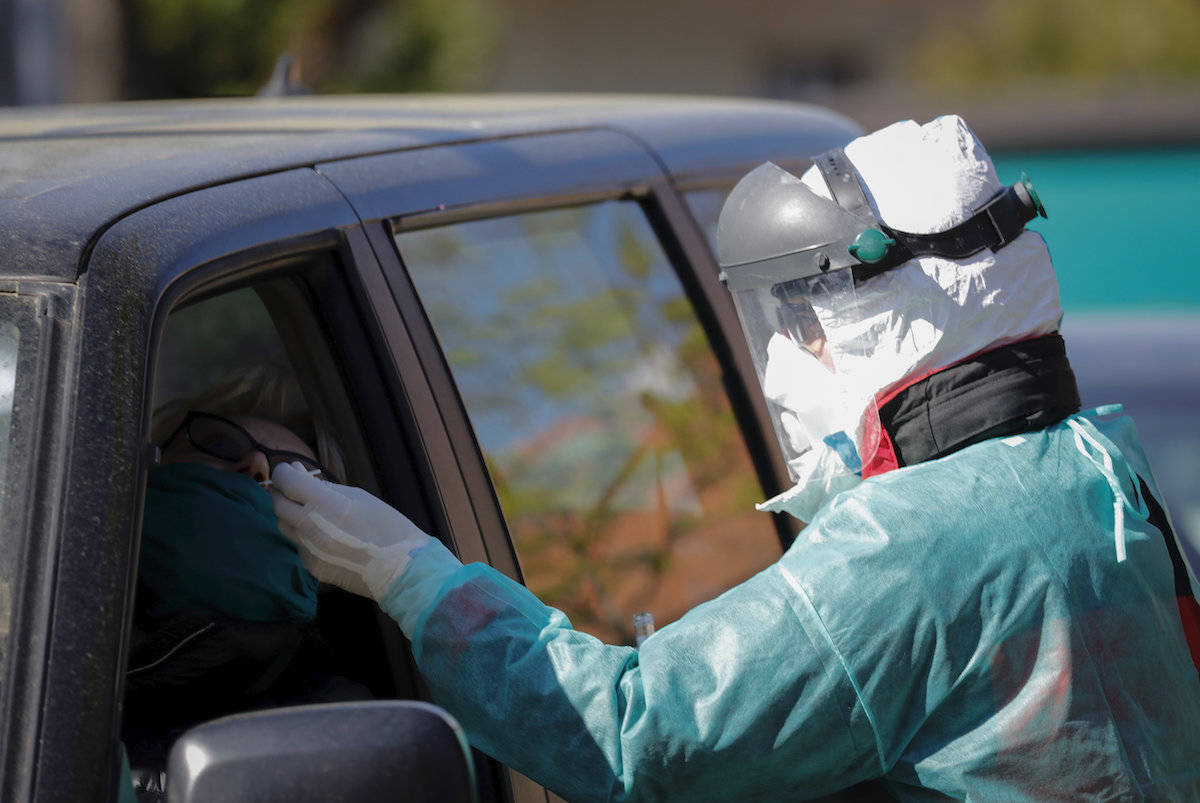