A year immersed in the life of a Langley wildlife rescue centre made for compelling fodder for Nicholas Read’s latest book.

Read is the author of a previous book entitled “A Home Away from Home: True Stories of Wild Animal Sanctuaries.”

Well his latest book, which came out in December, takes a look at life behind the scenes at Critter Care Wildlife Society in South Langley.

His new book, titled “Caring for Critters: One Year at a Wildlife Rescue Centre” has 12 chapters, and each one follows various rescue efforts that Critter Care undertook throughout the year.

Read, a Vancouver resident said his book is more like a diary – month-by-month documentation of his experiences at the wildlife society – beginning last January.

“Caring for Critters” is Read’s 12th book, and like most of his other non-fiction work, this one is about nature and wildlife, a topic that is dear to him.

Though all his books talk about wildlife, Read said the diary-style writing is something that he incorporated for the first time in this piece of work.

“There are so many ways you can talk about animals and nature… this is one way I had not done before,” said Read, a retired journalist and a former journalism instructor at Langara College.

The book follows the ups and downs of animal rehabilitation and talks about many “heartwarming tales” of wildlife recovery, as well as the human impact on animal habitat.

Although the book is intended for readers aged 12 and older, Monica Miller of Heritage House Publishing said the topics raised would appeal to all animal lovers.

Two years ago, Read embarked on the journey to learn about the rescue efforts of the staff at B.C.’s only facility specializing in the care of mammals.

“I went up there, and then I just kept going… week after week after week… all year long,” said 65-years-old Read who also donates to Critter Care on a monthly-basis.

During its more than three decades in operation, the wildlife rehabilitation centre in Langley has rescued and cared for more than 50,000 sick, injured, and orphaned animals.

Read said his role at the Langley’s facility was more of an observer than a volunteer.

“I wasn’t a volunteer in a sense that I didn’t actually look after the animals. I was a watcher… I would watch them [staff] do a great many things,” he explained.

Talking about his time at Critter Care, Read said he learned a lot about animal behaviour – from baby otters’ shy nature to various nursing techniques used for baby bears – all was new to him.

“I have an immense amount of respect for the work they do at Critter Care and this book would be a nice tribute to them,” he said.

“Nicholas is a great guy… he is very caring and concerned about our environment and animals, which is important I think,” said Gail Martin, the founder and executive director of Critter Care.

Read shared that his professional experience as a journalist helped him too.

“The career is all about not being shy and asking a lot of questions, and that is what I did,” he said with a grin.

Read wants schools and libraries to buy his book.

He believes kids must know that animals need help.

He also hopes his actions will move the policymakers to take steps towards developing an endangered-species-legislation. 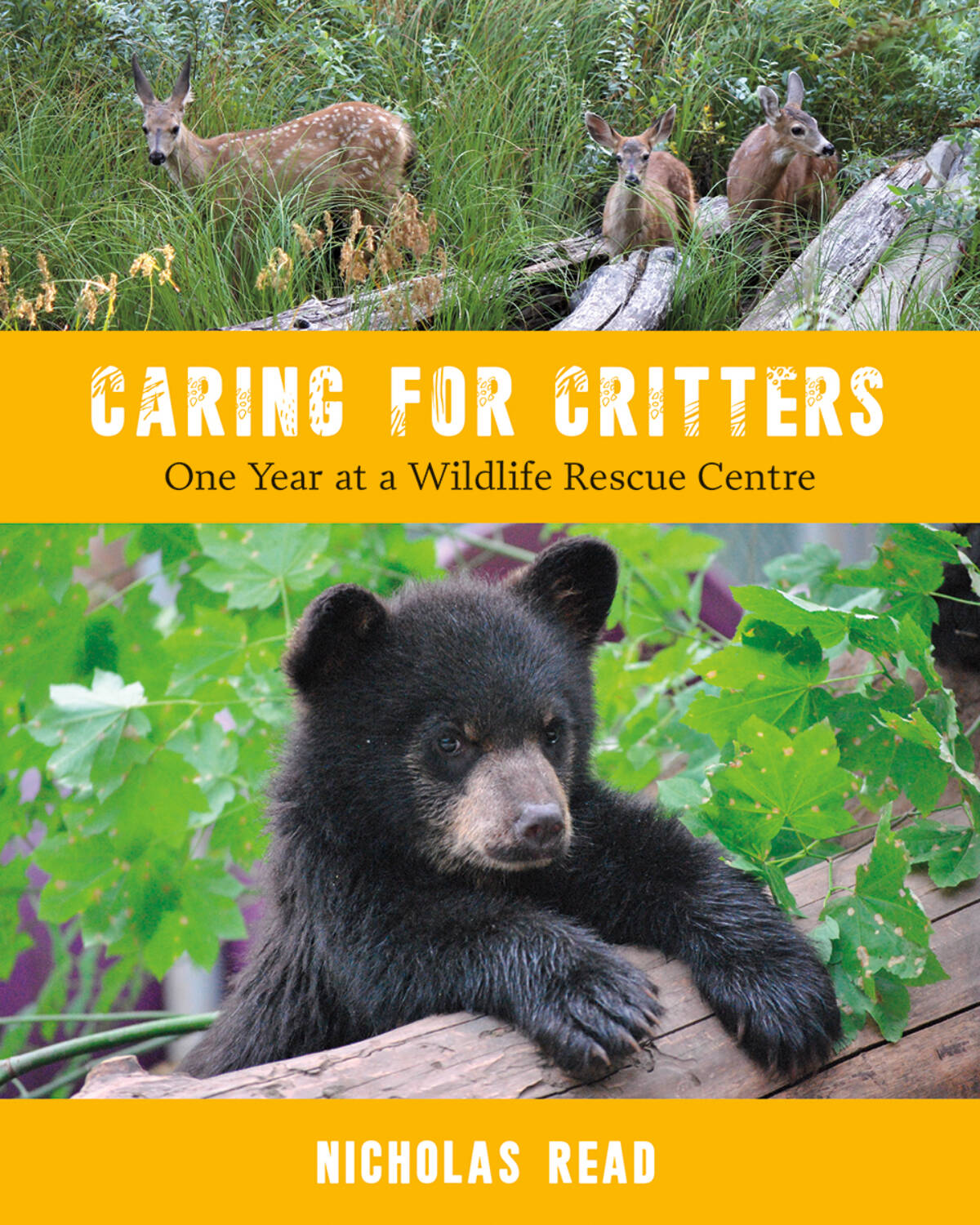 Nicholas Read is a retired journalist and a former journalism professor who wrote a book about Langley’s wildlife rehabilitation centre. “Caring for Critter” is his 12th book about nature and wildlife. (Special to Langley Advance Times)