Kurt Langmann – former longtime editor of the Aldergrove Star – naturally had some treasures left over from his 50-plus years in the business.

Now, his collection of microfilm has made it into the hands of Alder Grove Heriage Society president Tami Quiring, where everything will be safely kept and put to good use.

“There is no better source to the growth and changes in a community than its local paper,” Quiring assured.

Included in the donation made last weekend are his father Rudy’s copies of The Star on microfilm, as well as a microfilm reader itself, several Pete Swensson photos – the founder of the Langley Walk – and a few local history books.

Quiring called it a very significant acquisition for the museum as the society has long had plans to digitize the Aldergrove Star in order to make it available to all who are interested.

The microfilms will make that task exponentially easier to do so.

“I had asked Kurt about a month ago if he and Inge would consider giving us permission to digitize the physical newspapers – as we want to make them available to everyone – but the physical papers are simply too fragile to allow regular use,” she explained.

“We will still have to photograph the 1990s editions, but that is a much smaller task than starting at 1957,” Quiring assured. “Another benefit is that the microfilms are complete, whereas we are missing a small number of the physical papers for that time period – usually the one I’m looking for.”

The books will ultimately become part of the heritage society’s in-museum research library. There are some local titles, such as Jump, which was written by well-known local sports icon Debbie Brill, as well as Beautiful BC.

Quiring expressed much thanks and gratitude for Langmann’s support and assured The Star everything will be put towards benefit the community by providing research resources.

“Once all of the items have been properly catalogued and numbered, they will be available for in-museum use to anyone who wishes to come in and use them,” Quiring added.

“Admission is free, but donations are appreciated,” Quiring said. “New members welcome, as are people interested in volunteering.” 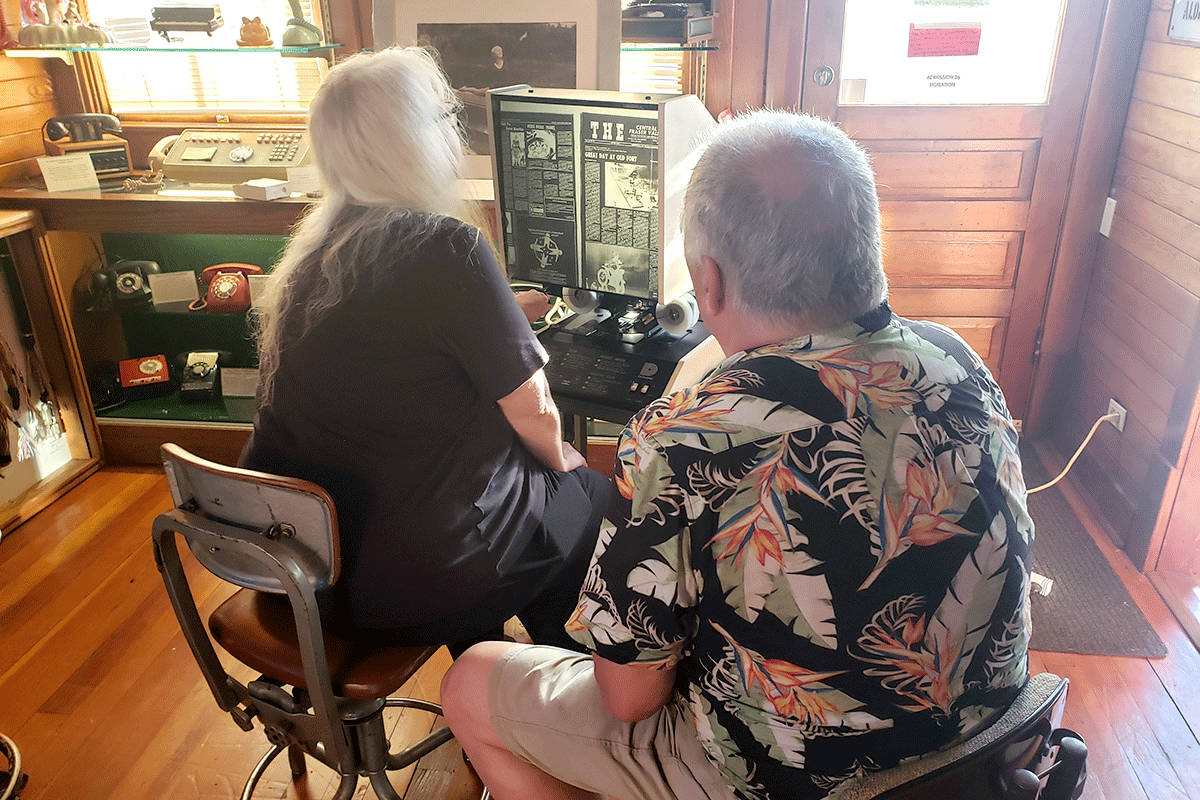 AGHS president Tami Quiring and Kurt Langmann checking out an Aldergrove Star microfilm from 1967. (Scott White/Special to The Star) 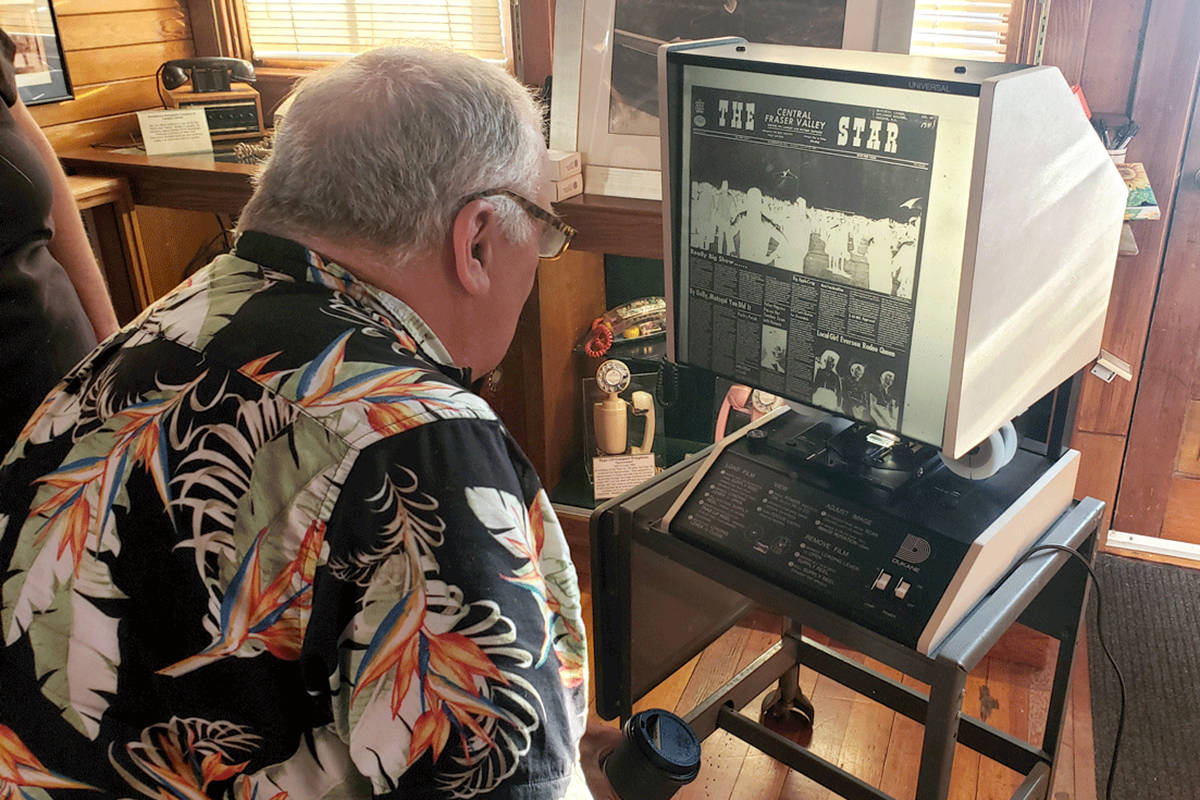