The Fort Langley Jazz & Arts Festival starts on Thursday, Sept. 2, and the organizers were spending the last few days before the kickoff putting the finishing touches on the big event.

This year’s edition of the festival is the return to in-person performing, with both outdoor and indoor stages, subject to masking and capacity requirements for the indoor venues.

It’s a big improvement from 2020, when the whole show went virtual.

“We’re just delighted we can have a live, outdoor festival again,” said Zukas.

For many of them, live performance opportunities have been few and far between over the last year and a half of lockdowns and closed performing venues.

“The performers are so excited to be performing again before a live audience,” Zukas said.

Along with artistic director Dave Quinn, Zukas and the organizers have pulled together a broad and diverse collection of varieties of jazz for this return to the live event.

“We really want to educate people on the many genres of jazz,” Zukas said.

The 2021 edition of the festival will include everything from Dixieland jazz to big band, fusion and swing to blues, along with jazz that’s been merged with everything from hip hop to spoken word to funk to indie rock to gospel to Afro-Cuban music.

“We look for music that crosses the line,” said Quinn.

Quinn said that there are plenty of people out there who think they don’t like jazz, but they may have only heard one type. Maybe they don’t like Dixieland, but the breadth of music at the festival will provide newcomers to the music the opportunity to find something they do connect with.

The festival has three ways to view performances.

Zukas said Friday night’s all-star Blues Show has already sold out for in-person viewing, but tickets were available early in the week for other shows.

On Saturday, Sept. 4 the free outdoor portion of the event takes place on stages in front of the Fort Langley Community Hall.

The day kicks off with a pancake breakfast hosted by the Fort Langley Lions Society, then the RazzMaJazz Brigade leads revellers on foot from the Fort Langley Farmers Market down to the hall, where the performances kick off at 10 a.m.

While indoor events have mandatory masks, at the outdoor stages, they’re optional. Zukas is asking people to be respectful of one another, as not everyone is comfortable with the same level of socialization.

There is one big plus to the outdoor shows.

“Dancing is permitted outside,” Zukas said.

Other shows will be streamed, either live or recorded, and that includes one of the biggest additions to the show, courtesy of a partnership with the Kwantlen First Nation, on whose traditional territory the festival takes place.

Zukas and Quinn reached out last year to the KFN about a possible musical collaboration, and they jumped on it.

Local media personality Mark Forsythe did a making-of video that will be part of the free streaming concert.

In addition to all the music, the arts portion of the festival has grown. This year there are 70 local artists represented in the “virtual art walk” on the festival’s website, a huge increase from last year. There will also be art displayed in the foyer of the Chief Sepass Theatre for each night of live events.

In total, there are 22 bands taking part, including nine that will perform in the outdoor shows and 13 in the indoor headlining shows.

The whole thing has been a huge effort and wouldn’t have been possible without the festival’s funders, sponsors, and volunteers, Zukas noted. 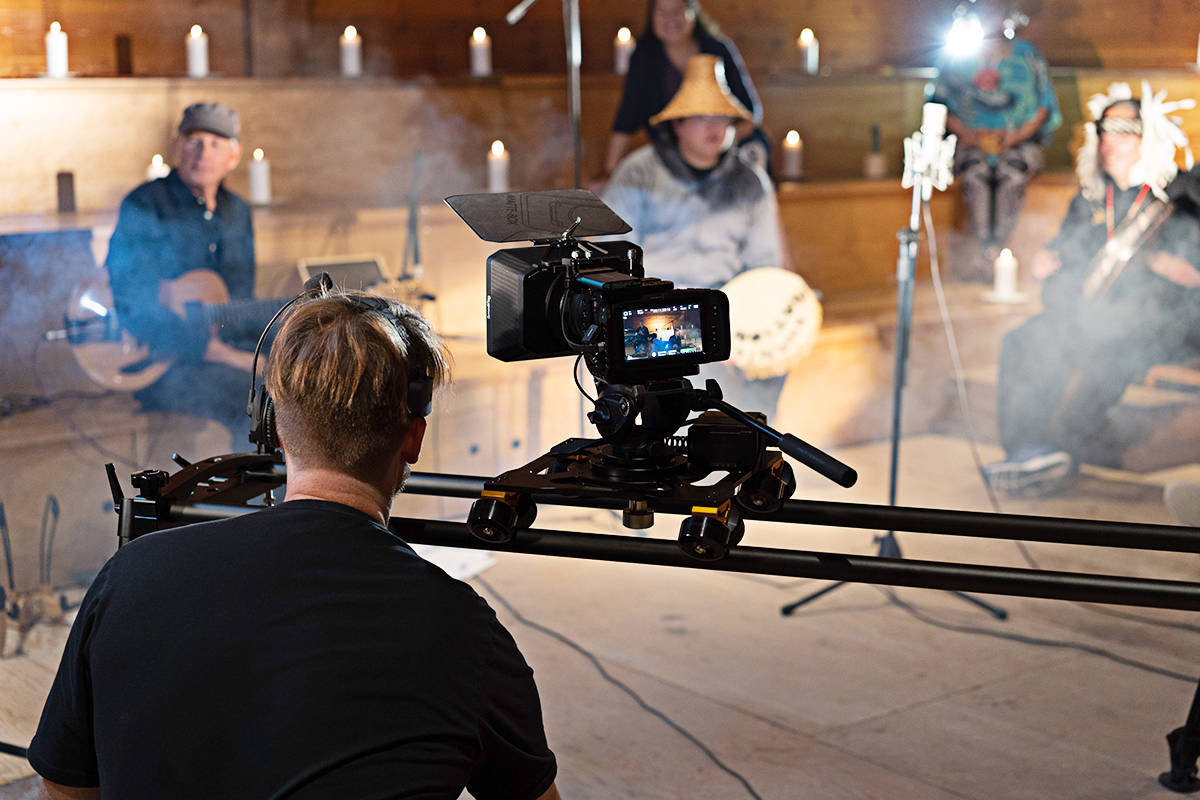 Filming of an Indigenous-jazz fusion concert to be streamed Saturday, Sept. 4 as part of the Fort Langley Jazz & Art Festival. (photo by All in One Productions) 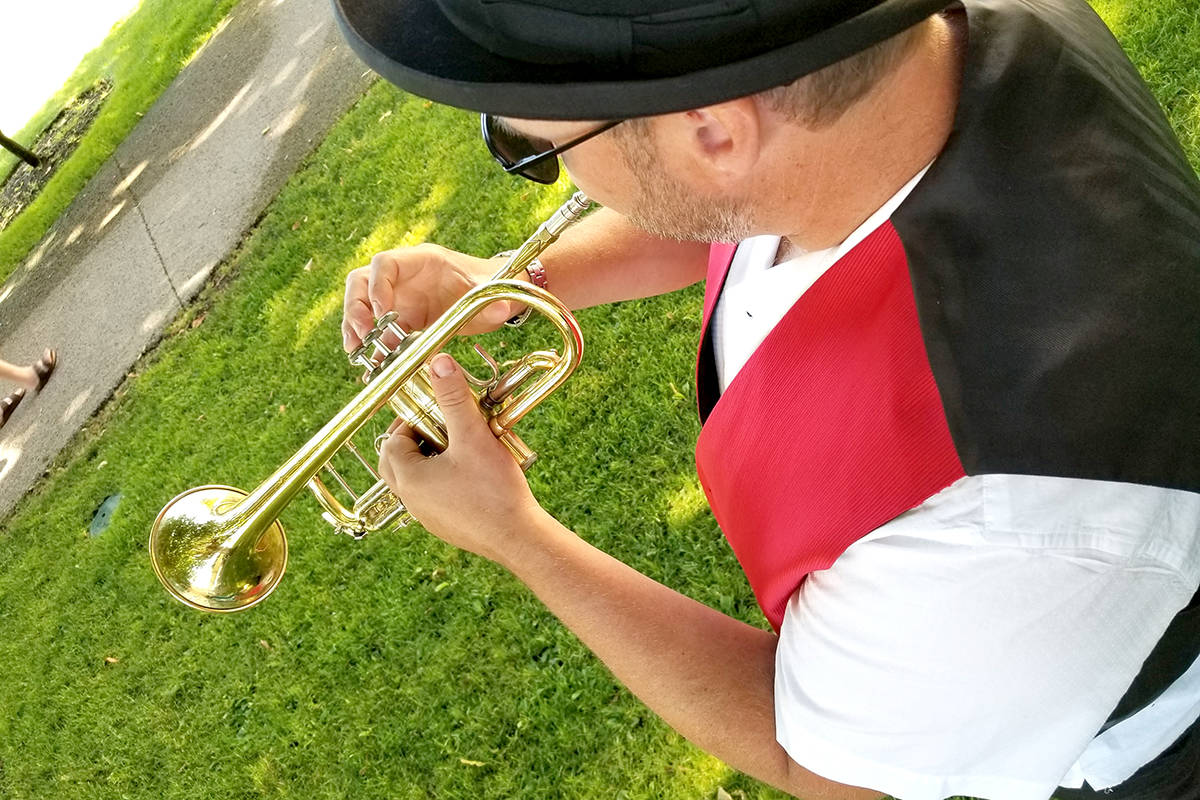