Cranberries and Thanksgiving just seem to go together. Though they’ll be dished out onto many of plates across the country next weekend, Saturday, Oct. 12, will see the 24th return of an entire one-day festival dedicated to the tart and tiny fruit.

Since 1995, the Fort Langley Cranberry Festival has honoured the red berry, particularly it’s place in history with the village, as they were exported to California during the gold rush by the Hudson’s Bay Company while Indigenous people used them as a diverse resource.

Fort Langley Business Improvement Association has overseen the growth and facilitation of the festival for the bulk of it’s like, helping attract over 65,000 attendees in 2018.

Festival coordinator Meghan Neufeld has been organizing the festival for seven years and said she has seen that growth first hand.

“It’s one day in the heart of Fort Langley where the main roads gets shut down. There are two goals in mind when we put it on, to stimulate the economy and entertain visitors,” Neufeld explained.

This event kicks off with a pancake breakfast at 8:30 a.m., then officially running from 10 o’clock in the morning to 5 in the afternoon.

A whopping 10,000 pounds of cranberries are donated by Ocean Spray – every single one of them a local peice of B.C. agriculture that helps fund the festival.

More than 100 vendors are expected to line Glover Road, forming a marketplace filled with crafts, artisan products, food, and much more – plus more than dozen food trucks will ensure no one goes hungry.

“We have a lot of vendors, but there’s a few people who just sell cranberry products from soaps to jellies,” Neufeld said. “And we sell the donated cranberries in two or five pound bags which raises about $14,000.”

Read More: Take a bite out of Heritage Apple Day

More then 20 teams participate in the Cranberry Festival Regatta, a coinciding spectator event put on by Fort Langley Canoe and Kayak Club (FCKC).

“The canoe club holds their regatta on the Fraser River,” Neufeld added. “I’ve seen them drop a pumpkin off of the bridge and have fun contests where people have to pick it up or get closest to it.”

More than 13 different bands and two dance groups will be performing on Oct. 12 on the front lawn of the Fort Langley Community Hall.

Fort Langley National Historic Site (FLNHS) will be offering free admission during the Cranberry Festival to showcase the history of local uses of native cranberries through costumed interpreters and farmed-themed games.

The cranberry stomp, a staple of the yearly fruit fest, will even give visitors a chance to take off their shoes, don rubber boots, and crush away until their hearts are content.

“The cranberry is a big part of Fort Langley’s history, not as much as it used to be when the berry was traded,” Neufeld explained, “but the festival in itself has become an important part of the community.”

For more information on the festival, people can visit www.fortlangleycranberryfestival.com. 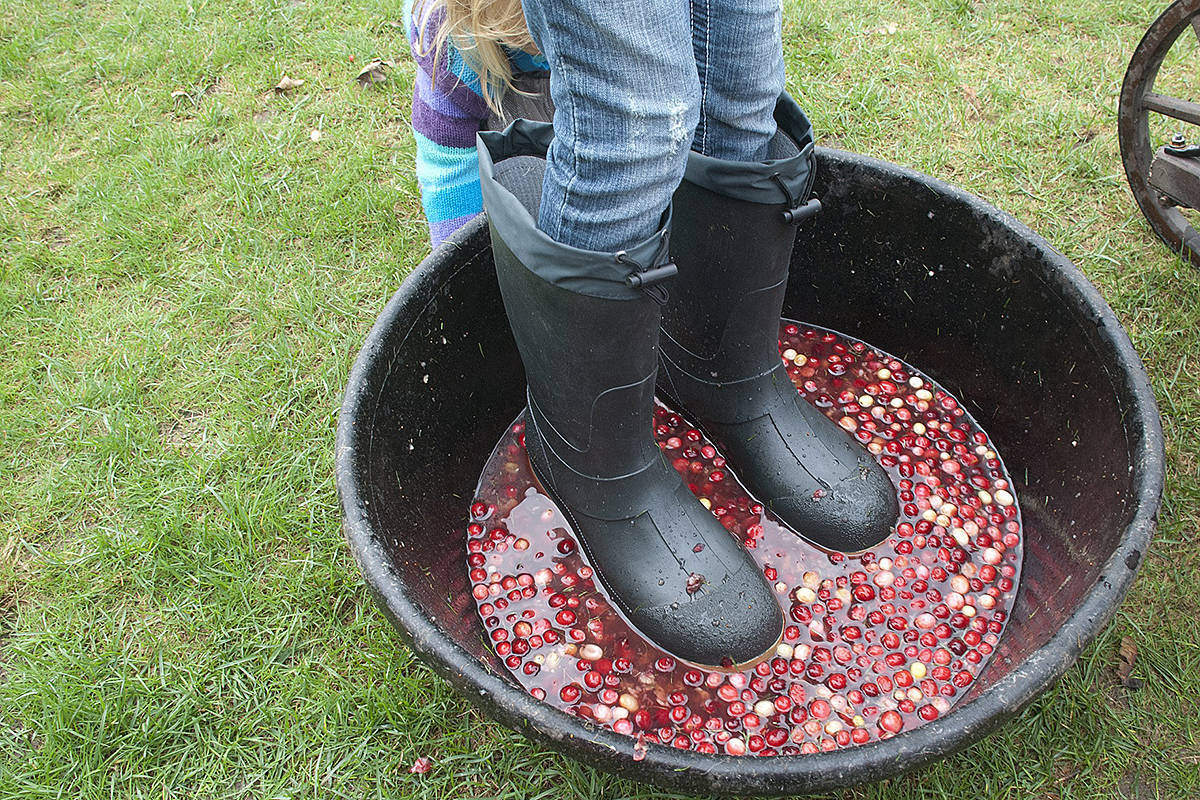