It was 90 years ago that a local landmark opened its doors.

The Fort Langley Community Hall has long held an important position in the centre of Fort Langley and for the larger Langley community.

As a place for weddings, dances, fundraisers, meetings, and as a filming location, it continues to be recognizable and iconic.

The Fort Langley Community Improvement Society (FLCIS) was created in 1924 with the purpose of building a new hall in Fort Langley, on the site of the old town hall, which the board was able to purchase from the municipality for $137.13. After years of community building and fundraising, construction on the new hall began on October 15, 1930 using both volunteer and paid labour.

The hall was formally opened on March 6, 1931, by MP Tom Reid with an inaugural ball.

Len Chamberlain’s twelve-piece orchestra from the Hotel Vancouver was hired to play and over 600 attendees danced the night away.

It was noted at that time that the hall had cost $5,500 to date, but there were plans to spend another $2,500 on it soon after opening.

In fact, at the time of the ball, only the upstairs and a room at the far south end was completed. The walls behind the stage were not complete so quilts were hung to cover the wall for the ball.

Later that year, trees on either side of the hall were planted by volunteers and over time the remaining rooms were constructed.

On Sept. 10, 1979, the hall became a designated National Heritage Site.

Today, the hall remains an independent community building run by the FLCIS, cared for by community volunteers.

Vice President Dee Dee Wall Vice noted that the community believed the hall opened in 1932 because of a sign that had been incorrectly dated decades ago, but hung prominently on the front of the building.

“We were fortunate enough to have it taken down last year by a film crew, who were then willing to fix it for us before it went back up, just in time for the 90th anniversary,” he explained.

The irony of the sign being wrong for so long is not lost of the board of directors, who are hoping to celebrate the 90th in style when they can – which might indeed be in 2022.

To learn more or to become an FLCIS member and take care of the hall for future generations, visit fortlangleycommunityhall.com. 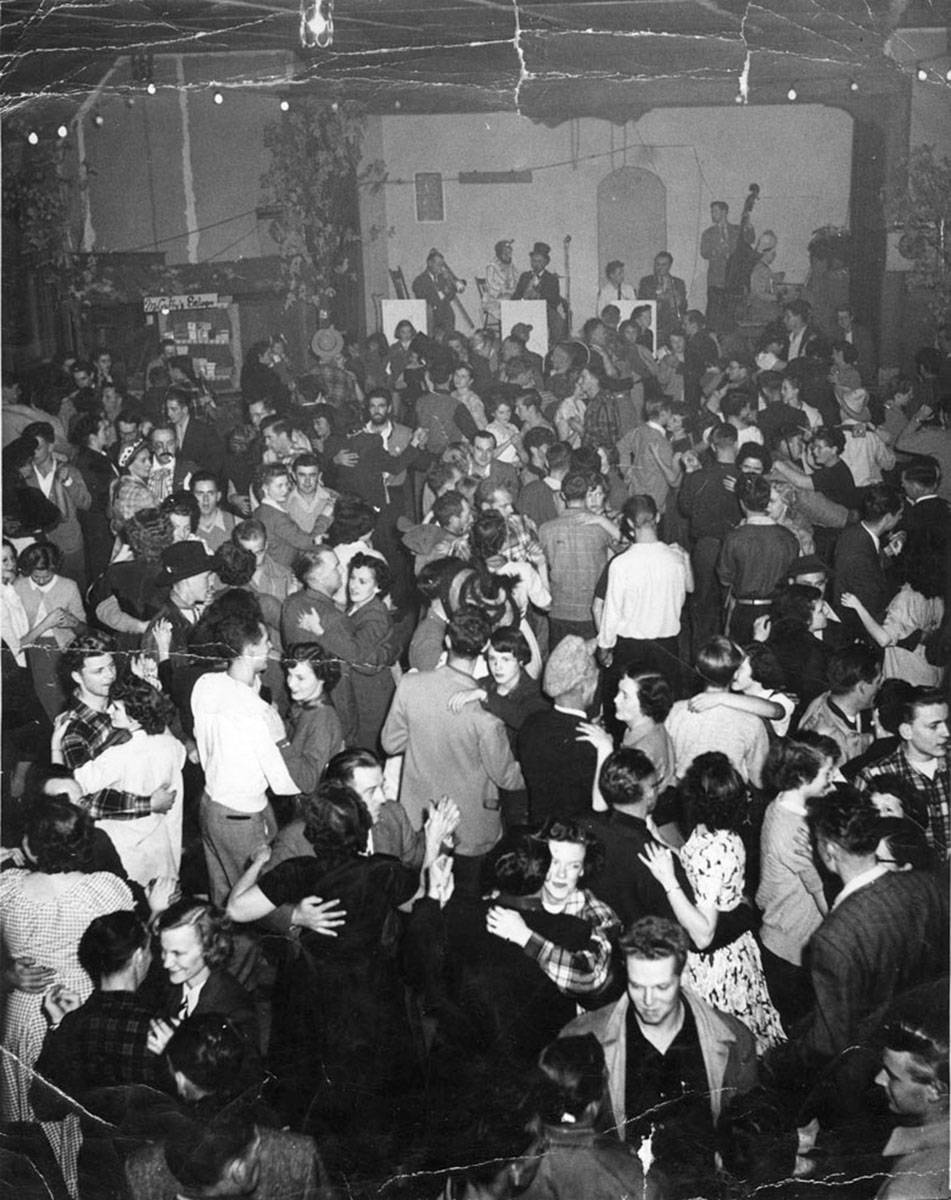 Dancing in the Fort Langley Community Hall during Klondike Nights in the 1950s. (Langley Centennial Museum/Special to The Star)