It was no average day for longtime biker Scorpio (his road name), who came dressed in his vest and bandana to join his motorcycle buddies for a 100-mile drive.

Scorpio was admittedly excited Saturday, when they gather to ride. It’s not because it was his first time riding a motorbike – far from, in fact.

But it was the first chance in more than two years to participate in the Fraser Valley Bikers Against Child Abuse (BACA)’s annual ride, and for Scorpio and his BACA posse it was a chance to put in excess of 100 clicks on their bikes while spreading awareness about child abuse.

With perfect weather and a “great” reunion, Scorpio was as thrilled as he could be.

“It feels fantastic to get out and ride,” he said.

The four-hour drive, which started at about 8 a.m., featured bikes of all kinds.

Describing the Saturday, May 21 event as an “awareness drive,” Scorpio noted that many individuals donated money towards the cause – even if they don’t saddle up on a bike.

The group met at Langley’s bike dealership, where they connected over hotdogs and drinks before hitting the roads. Proceeds from the hotdog sales will support the group’s initiatives to “empower” abused children – at any point in their lives.

Celebrating their sixth 100-mile ride in conjunction with their sister organization – the Greater Vancouver chapter – the group also accepted donations in exchange for some of its international merchandise.

“It was a day to get together for a cause and enjoy the weather,” Scorpio commented with a grin.

READ MORE: Okanagan bikers are trading in their leathers for pink shirts

The amount of money raised is yet to be calculated, but Scorpio said he is grateful to the people who contributed. He also thanked Barnes for letting the group use their outside space for tents and catering service.

Already excited for next year’s ride, Scorpio said he hopes to see the campaign growing.

Those interested in joining the Fraser Valley Chapter can attend the group’s meeting, which takes place on the second Wednesday of every month at Bradner Community Hall in Abbotsford. Once a rider clears background check and after attending a certain number of meetings, they are welcomed into the group.

One characteristic that the organization’s public relations officer, Bungee, said is essential to have is empathy.

“You should be able to demonstrate brotherhood and sisterhood for your fellow bikers.”

For those interested in donating to the international cause, donations can still be accepted online at bacaworld.org. 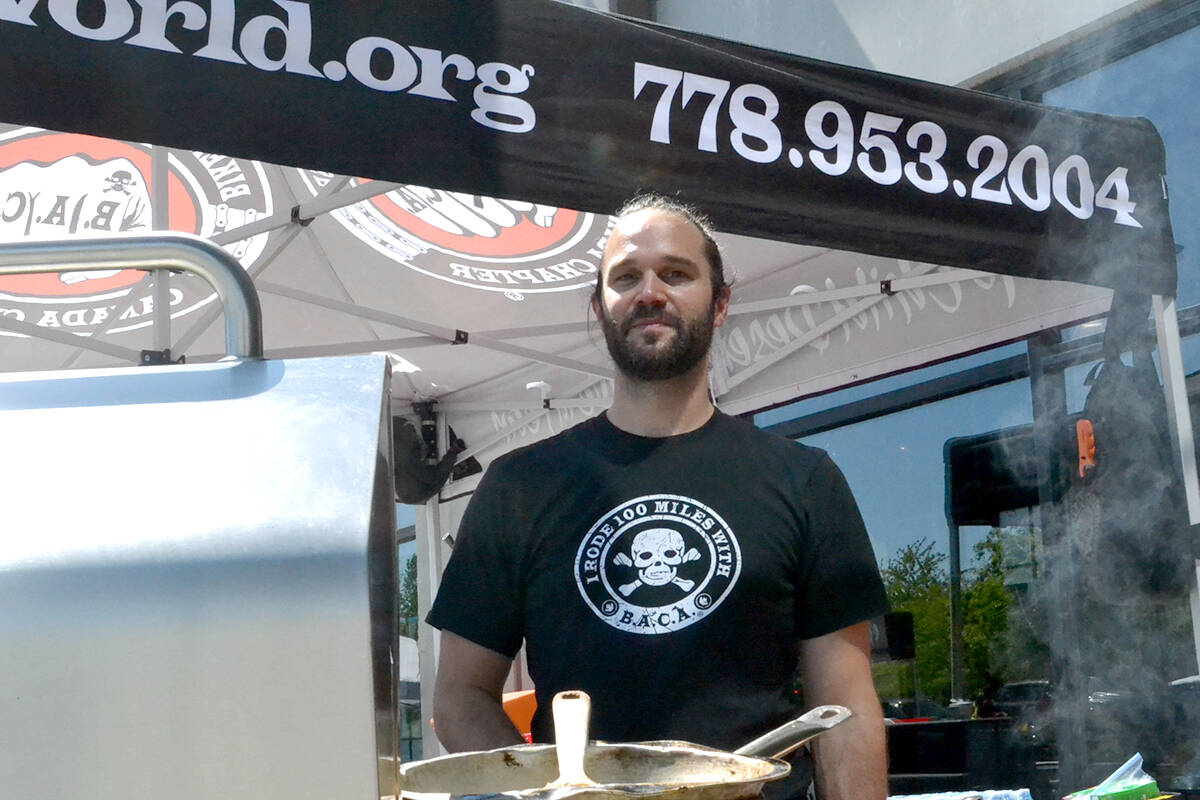