The Langley RCMP and the gang squad were called to a local business on Saturday, but it wasn’t for an emergency.

Officers from both forces were invited to Barnes Harley-Davidson in Langley for the seventh annual Strong & Free Show and Shine.

We’d like to say a big thank you to @BarnesHarley & @LordsofGastown for inviting us to the #ShowAndShine today! We’d also like to thank our partners @LangleyRCMP – it was great working with you! Thx to the #community for making us so welcome! #CFSEUBC #CommunityEngagement pic.twitter.com/cN0jKLHA8x

The event on Saturday, Aug. 14, saw attendees take in a fleet of motorcycles and cars, which also had food trucks on site, music, a beer garden, as well as a stunt show and $2,000 in raffle prizes.

For members of the Combined Forces Special Enforcement Unit (CFSEU), it was an opportunity to finally engage with the community.

“It’s important that we get out to community events,” Staff Sgt. Lindsey Houghton told the Langley Advance Times.

“We haven’t been able, like most people, to get out to many [events] over the last 18 months or so.”

Officers with the CFSEU and Langley RCMP were also there to ensure the event was a safe.

“The organizers were very proactive and reaching out and chatting with us, because they want it to be fun, family-oriented,” Houghton said. “And so we were there working with the Langley RCMP to make sure that it stayed like that.”

“For us, it’s about education, and engaging with the public and talking with them about gangs and sort of passing on our message and some of our educational material, and then supporting the Langley RCMP, because it’s their jurisdiction.”

Houghton called the event a success and said there was a great turnout from the community.

“Anecdotally, I can tell you that we had great conversations with a lot of the people who were there, they appreciated us being there, and everyone seemed to be having a really good time.” 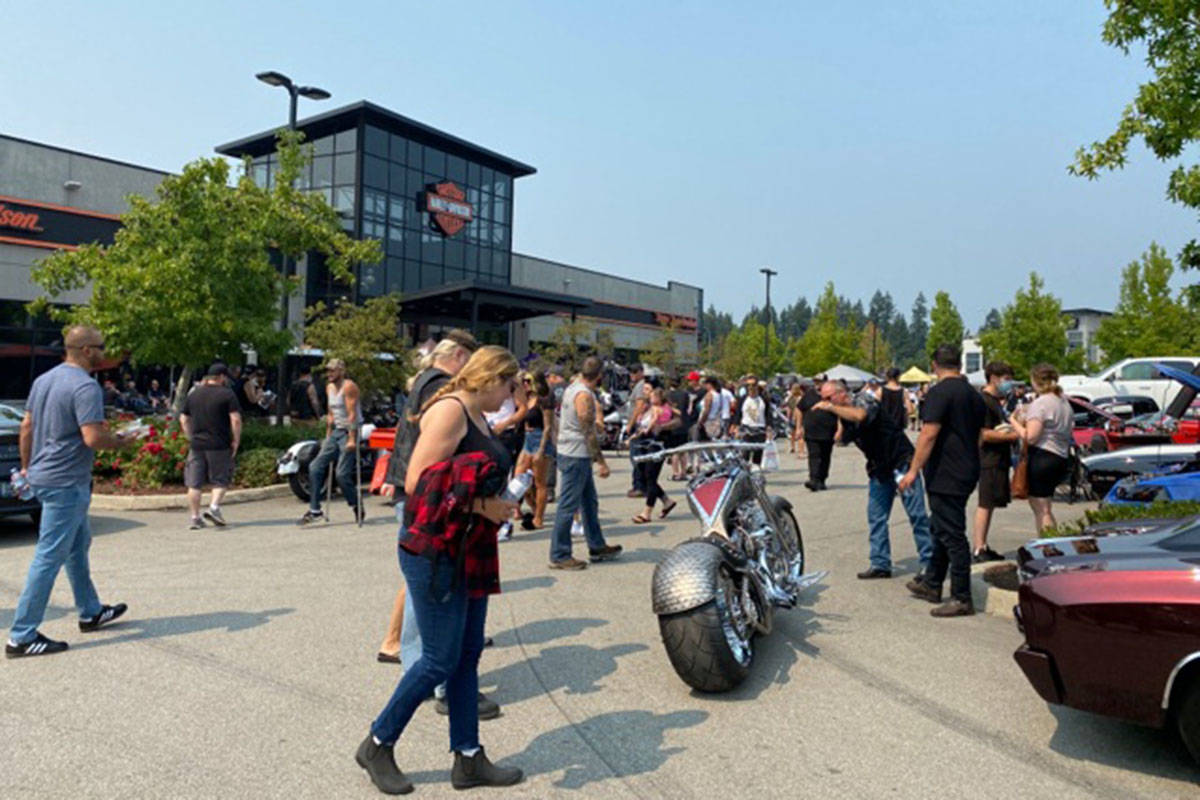