It’s an all out meat war at the second annual RibFest in McLeod Park (56 Ave & 216 Street) – five prize-winning ribbers have stoked their fires and stirred up their sauces to claim the People’s Choice Award for best BBQ.

The competition is certainly heated since booths have added their own unique flavor and stepped up the call to get attendees to choose their chunks over all the rest.

“Put pork on your fork,” yelled the Gator BBQ crew before breaking into a song about how messy rib-eating can be.

“We got the best! It comes down to wood, spice, and sauce that make the difference,” Ring explained.

Gator uses local Cherrywood to keep their flames burning as well as South African charcoal, all of which Ring says helps give their meat a distinct flavour.

Prairie Smoke claimed their secret is Blue Ribbon Barbecue Sauce while Alicia from Boss Hogs said local meat from Johnston’s is what gives them the edge.

Out in the crowd where bones were being picked clean, quick comments like “rib-tastic” were what most could spare to tell the Langley Advance Times, as of course, question-answering would lead to less tasting.

Krystal, Tuli, and Malory did, however, come all the way from Port Moody to specifically take part in Langley RibFest. The mountainous platter in front of them was described as their “breakfast, lunch, and dinner,” which, they said, did not disappoint.

None of them could agree on a winner though, citing Gator, Boss Hogs, and Prairie Smoke as the top choice. The People Choice award is crowned Sunday, and judging by comments line-ups at each booth, it will be a close call.

But not everything has to do with ribs at RibFest, live music and an array of vendors including books, beer tents, a kid’s area with face-painting, and a winnable Jeep were scattered all through the busy park.

Spread over the entire weekend, local Rotary Clubs – Langley, Sunrise, Central, and Aldergrove – are hosting RibFest to raise funds for local charities, including the Starfish backpack program to put nutritious meals in schools.

Volunteer Mona Anglin helped out last year and came up to clear dishes once again because she had such a good time.

“I enjoy meeting people and watching the kids have fun,” she explained. “I knew a few Rotarians who got me into it. They raise funds for underprivileged youth which is something I can get behind.”

Even the ribbers have come for more than just meat and awards; Alicia from the Boss Hogs booth said she’s been touring around for five years because she loves the job – particularly when she gets to come to B.C.

Ring said it’s the team environment that keeps him coming to work RibFests.

“There’s travel perks, but you make family connections with everyone you meet,” Ring explained. “It’s a service but your also providing entertainment.” 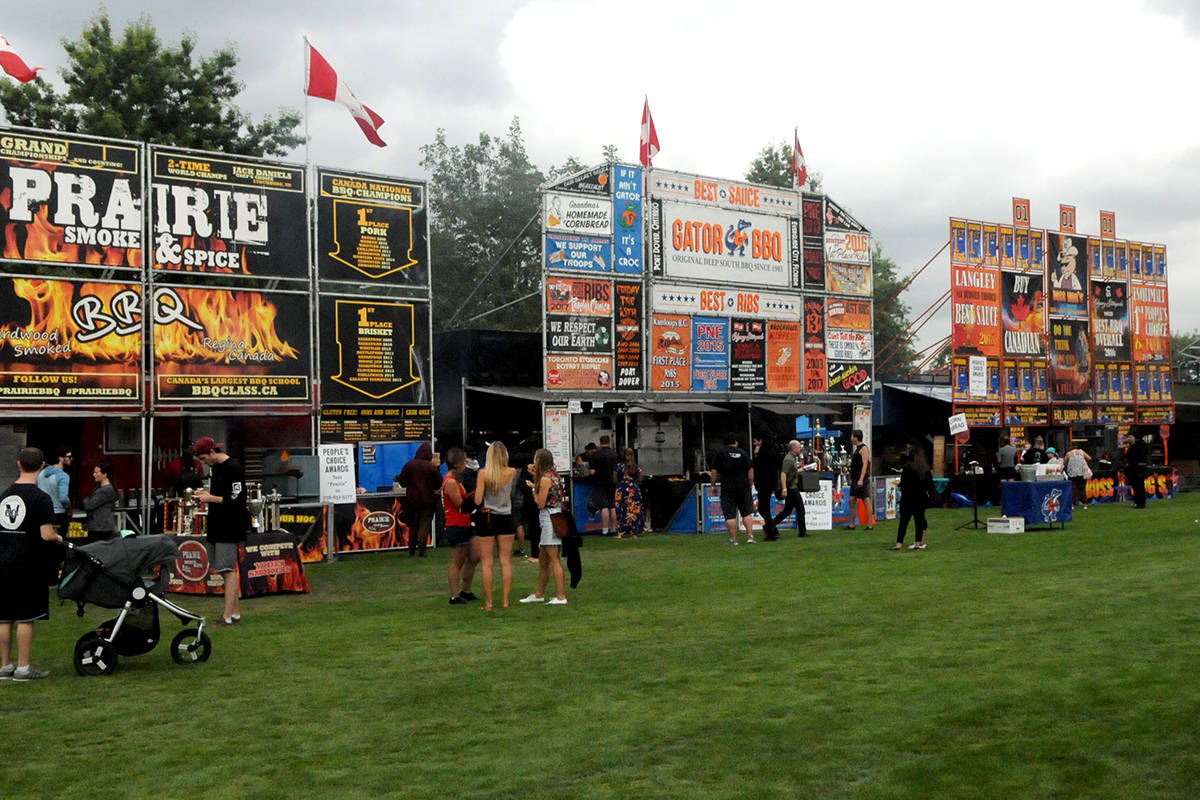 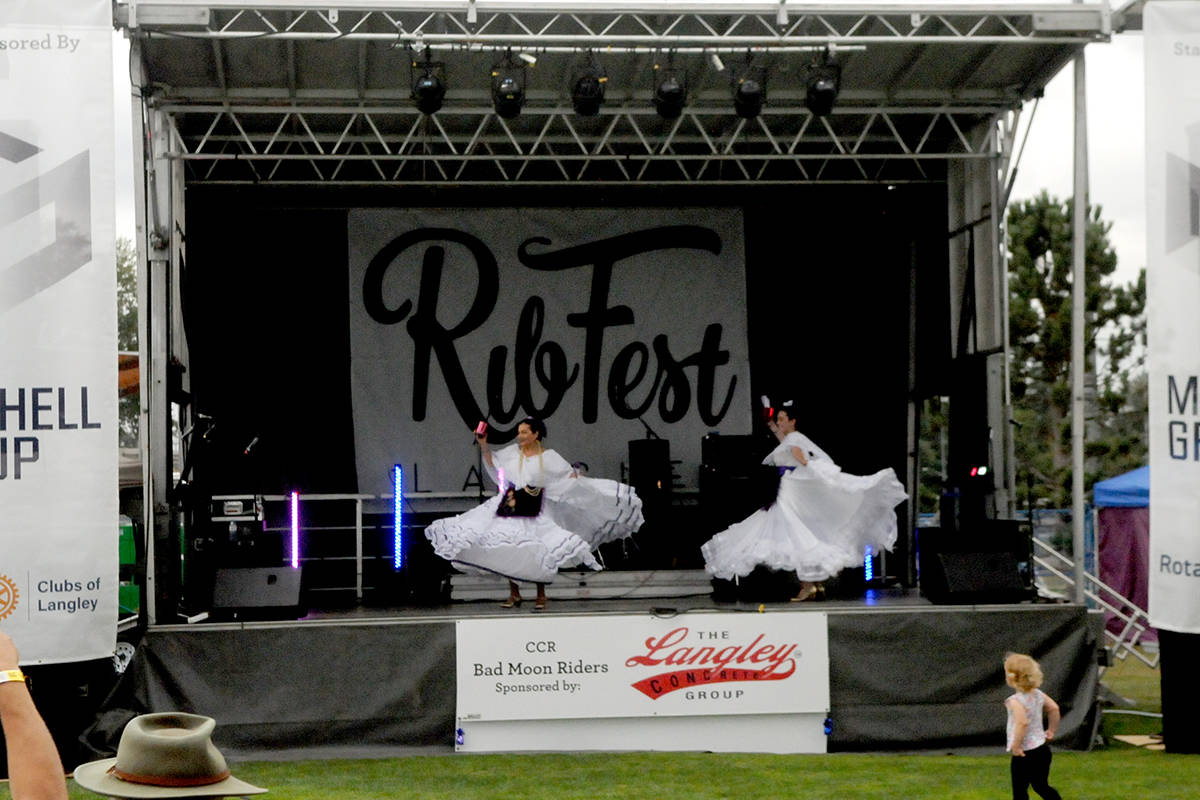 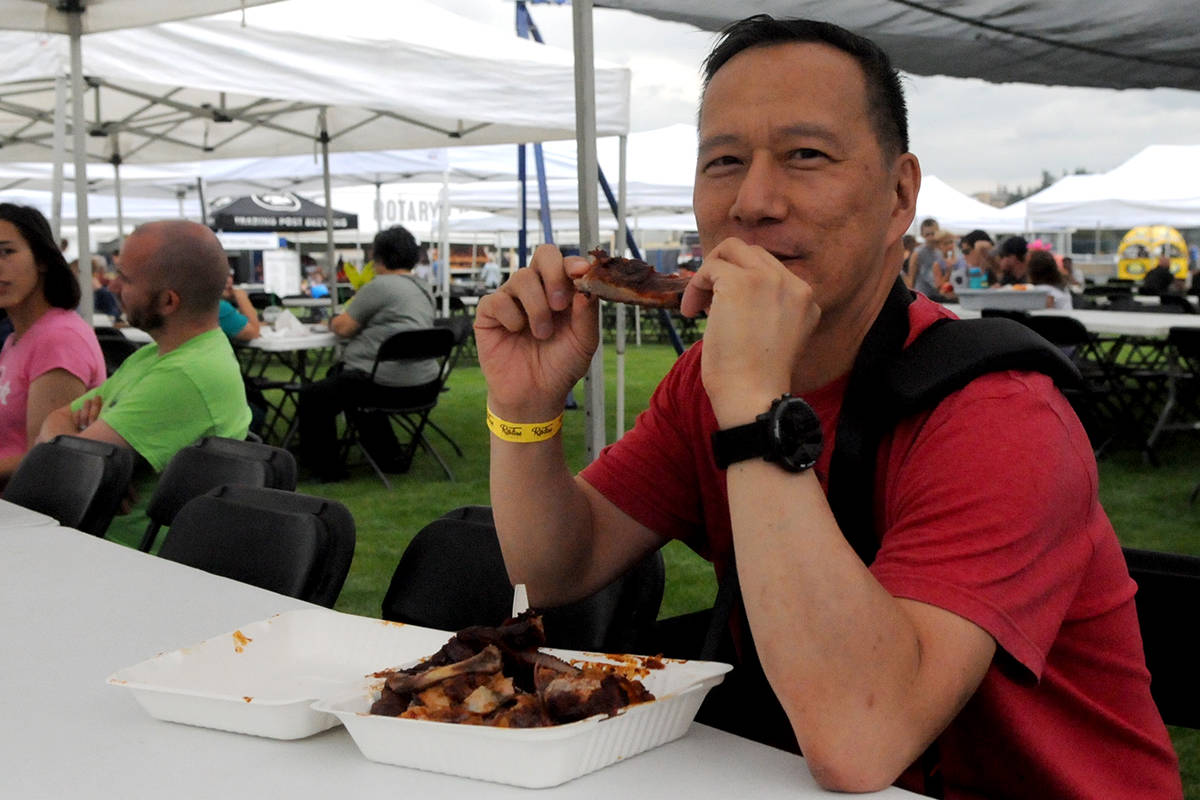 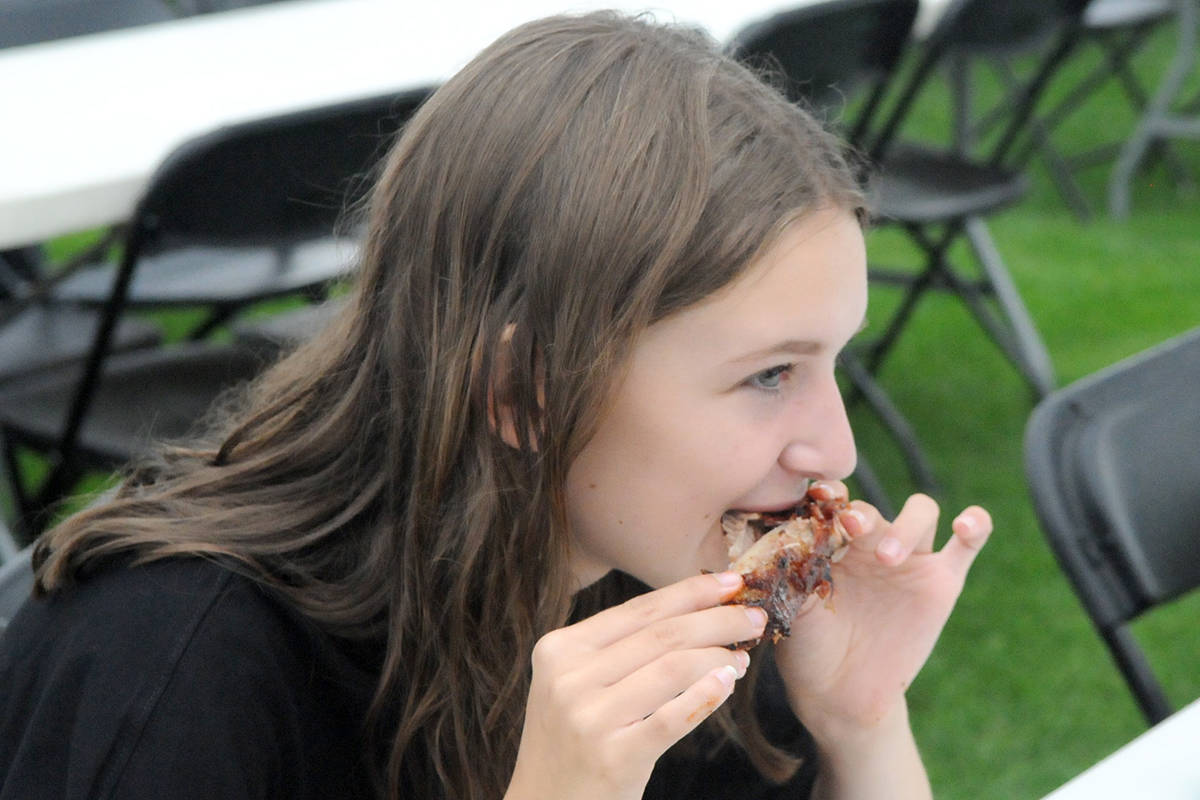 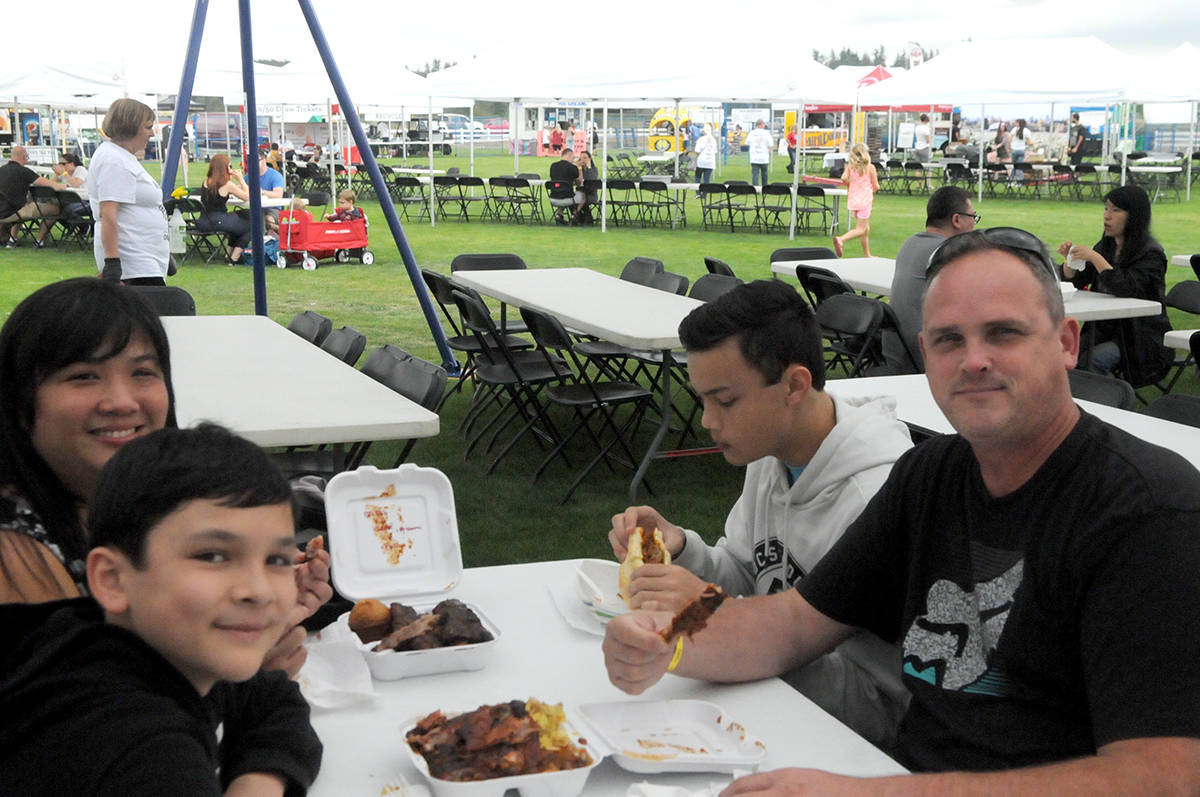