Santa – known to commoners as Keith Alton whose trained for 45 years to become the St. Nick he is today – has made a few appearances in Aldergrove this month.

First, Santa was the main attraction at Shortreed Elementary’s annual Santa Breakfast on Friday Dec. 6. That same day he partnered with Toy Central to offer local families memorable Christmas photos in exchange for half the proceeds of cash donations to Aldergrove’s food bank.

Families are encouraged to bring their own cameras and phones to capture the Selfies with Santa experience, which is accepting perishable food bank donations.

Out of the goodness of his own heart, Alton is returning for another go in the community, suited up to spark smiles in children and youth of all ages.

And Alton is no stranger to the limelight.

As Santa, the Surrey resident has starred in several Hallmark holiday movies, including the Christmas Shepherd, Gift Wrapped, Ice Sculpture and the Magic Stocking.

By mid-February, Alton has 50 per cent of his holiday time booked up with gigs, he admitted.

As a highly sought after Santa as well as Santa-school instructor in the off-season, Alton knows how to brighten the lives of the families he encounters.

RELATED: Shortreed students and families treated to breakfast by teachers

Owner-manager of Veronica’s Gourmet Perogies, Veronica Cave, worked with Alton 20 years ago while she was a Canada Border Services agent.

“He’s got such a great story,” Cave remarked. “It was after his work at the border when he realized his true calling” as St. Nick.

Last year, Cave took Santa to Aldergrove Credit Union for a surprise visit that quickly turned emotional when one of the bank tellers cried upon seeing the jovial man in the red suit.

Coincidentally, the teller had just received a much-needed, anonymous gift addressed “from Santa.”

“It sparked an emotional happiness for her,” Cave retold.

During his time at Toy Central on Dec. 6, Santa was faced with the disbelief of a child insisted “Santa isn’t real. I don’t believe in Santa.”

To that, this Santa replied: “You may not believe in Santa, but Santa believes in you.”

Owner-manager Sarah Murdoch said, to her, it didn’t matter what families “put in the pot” in terms of cash donations.

“I know growing up, my family wasn’t able to afford photos with Santa at the mall either,” Murdoch explained to a mother expressing thanks at the event.

Guests on Friday can expect to see Santa impart tid-bits of wisdom to their young ones, and encourage kids both in their artistic and educational pursuits.

“And every Santa needs to eat perogies,” Cave chuckled. 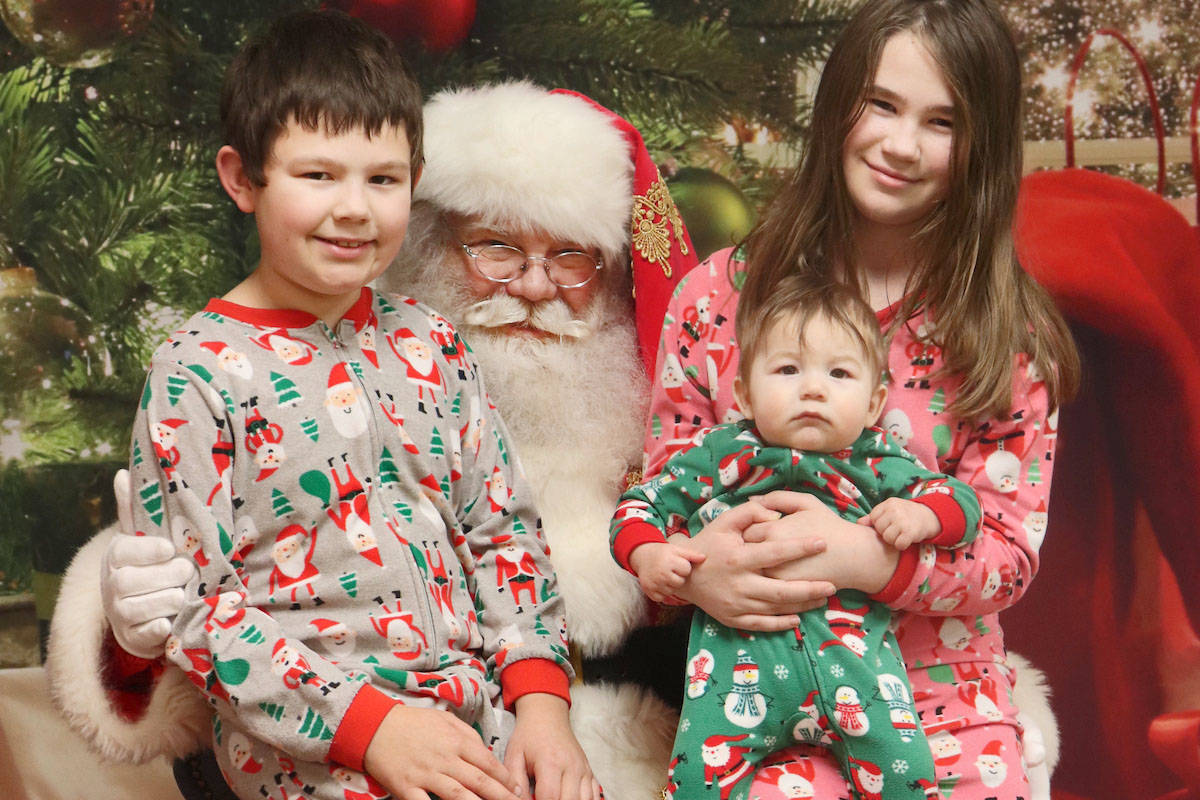 Willowbrook gift wrap centre in Langley all for charity