Jim McGregor, Langley City’s retired fire chief, dug up an old photo recently that shows how the lights used to be strung in the downtown every holiday season.

For about three decades, every year the Zone 1 volunteer fighters had the job of putting up strings of Christmas lights, said McGregor.

The photo was taken in the mid-1960s and shows a crew of men with a string of lights, ready to start hanging them.

The last weekend in November, a crew of the volunteers would come out with ladders and the strings of coloured lights, and run them from power pole to power pole above Fraser Highway.

They were just strings of simple coloured bulbs.

But sometimes even a simple procedure could get complicated.

If a pole had been hit by a truck or car and replaced over the intervening year, it might have shifted by a few inches.

Suddenly, the strand of light didn’t reach quite far enough anymore. Someone would have to shimmy up the ladder and splice the wire a bit longer.

“We always made the young guys do that,” McGregor said.

The practice ended in the 1970s as the City of Langley acquired a bucket truck that could handle the work, right around the time WorkSafe BC started objecting to leaning aluminum ladders up against power pole, McGregor said. 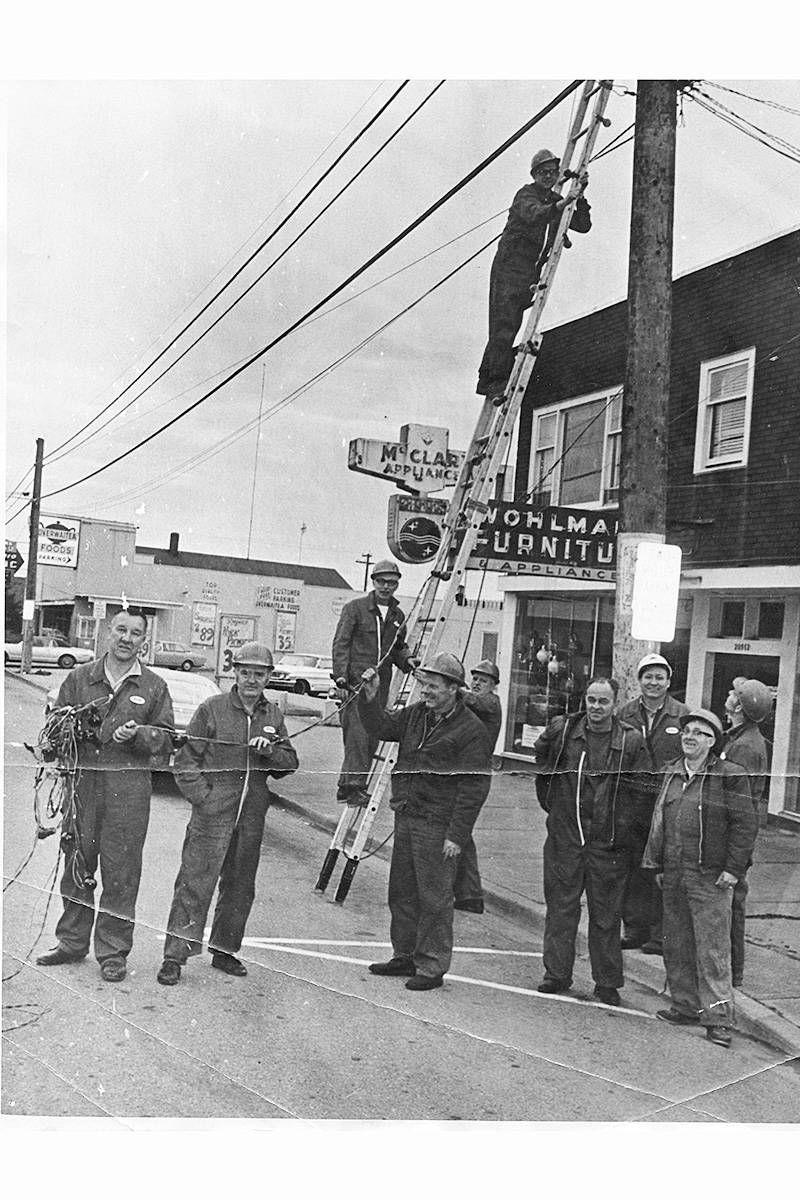