Matthew Prantner was born in Paks, Hungary, on November 20, 1919, and he immigrated to Canada with his family when he was 8-years-old.

Prantner belonged to No. 8 Provost Company, which served with the 4th Canadian Armoured Division, and fought to liberate the Netherlands from Nazi occupation.

But, despite taking part in the liberation, the Provost Corps were not widely respected.

The Provost Corps were responsible for ensuring that Canadian soldiers upheld themselves to the highest of standards, to patrol the streets and trains, to move prisoners of war, and to apprehend deserters and absentees.

They would also police cities and towns that were captured and would control traffic — an essential, if thankless job.

Imagine the responsibility of being in charge of all military movements. You would always need to know the lay of the land, the best routes, and where troops needed to be. You would need to know the serial numbers of every unit and every vehicle. All the while, a war rages around you, shells explode and bullets fly.

The No. 8 Provost Company was re-designated in 1941 when it was assigned to the 4th Canadia Armoured Division.

The division deployed to Normandy in July, 1944. It participated in Operation Veritablew, clearing the Rhineland to prepare for the final attack on Germany, and Operation Plunder, the crossing of the Rhine. The 4th Canadian Armoured Division advanced northward through the Netherlands, clearing Almelo and crossing into German to clear Neuenhaus, Emlichheim and Coevorden.

The division was 10 miles outside of Oldenburg, Germany when the ceasefire was ordered on May 5, 1945.

The Netherlands were free.

Prantner’s Provost Company was used as an example of the difficult, but often overlooked, work the Corps did during the war.

In 1945, Colonel LH Nicholson, Provost Marshal, wrote “while it is difficult to select any particular feat for mention, perhaps it is worthwhile to relate the occasion when a sergeant and detail of men from N. 8 Provost Company were left to clean up a captured town after armoured elements had passed through in pursuit of Nazi tanks.

“The Provost detachment closely followed the armour, entered the town immediately behind our tanks and was surprised to find itself left alone there; the tank commander had made a brief pause only and roared on in pursuit.

“After having mopped up pockets of resistance and not knowing what else they might find in the way of Nazis, the little body of Provost decided to get with their own job in any case, so set about laying out traffic control and other police arrangements.

“When other troops reached the village they were amazed to find Provost already on duty and the position consolidated.”

Prantner returned to B.C. following the war, and settled in Surrey. He passed away on August 20, 2005. 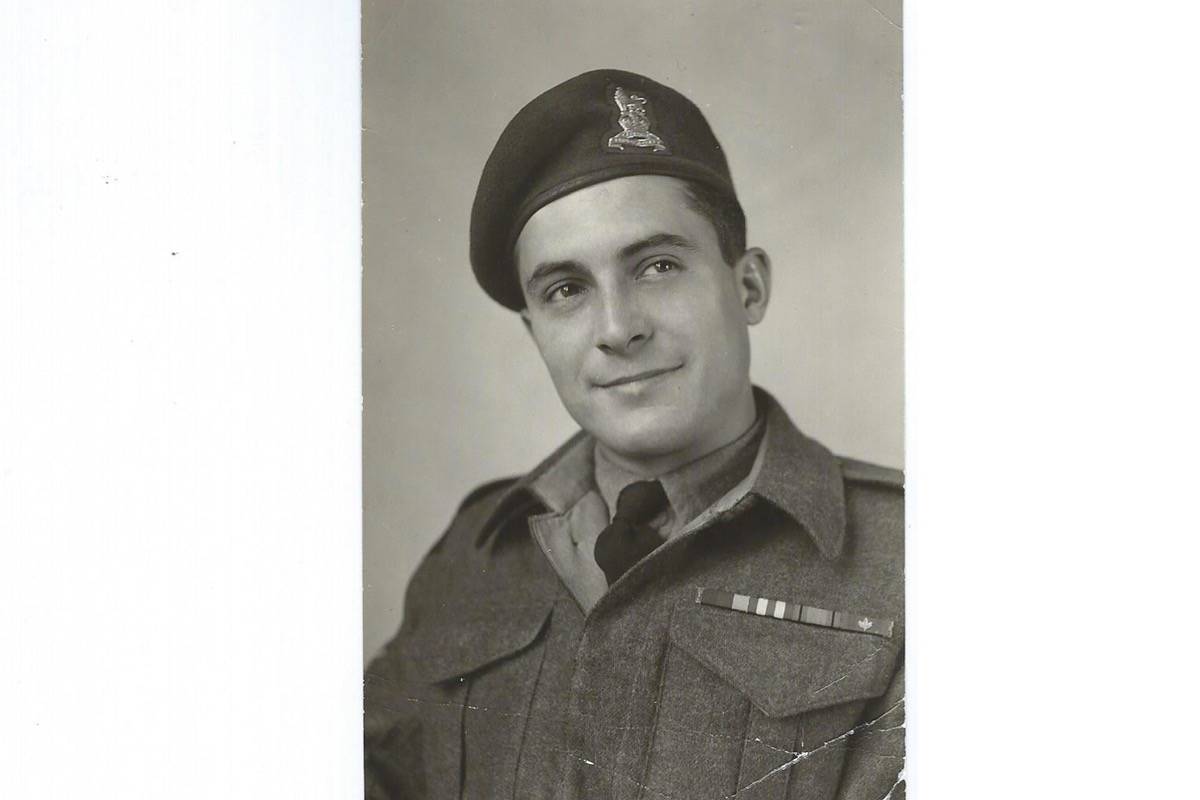 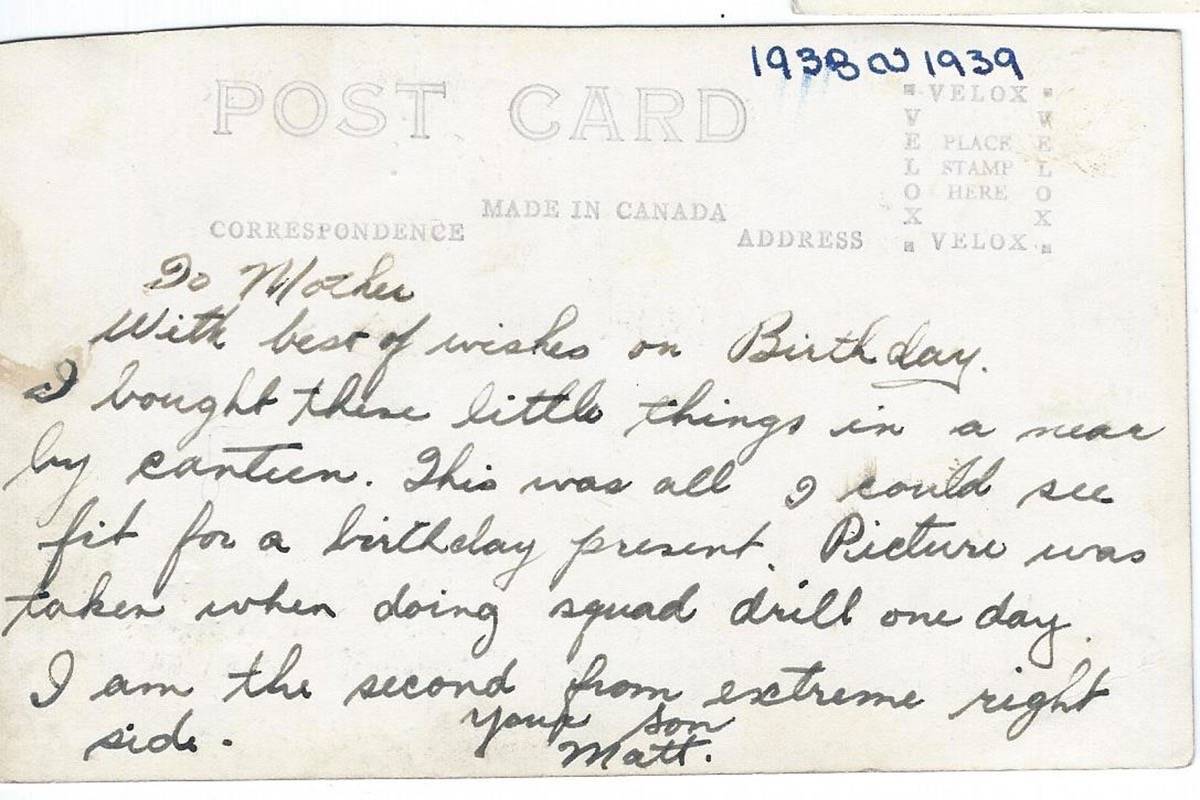 To Mother, With best of wishes on Birthday. I bought three little things in a near by canteen. This was all I could see fit for a birthday present. Picture was taken when doing squad drill one day. I am the second from extreme right side. Your son, Matt. (Wilson family collection)