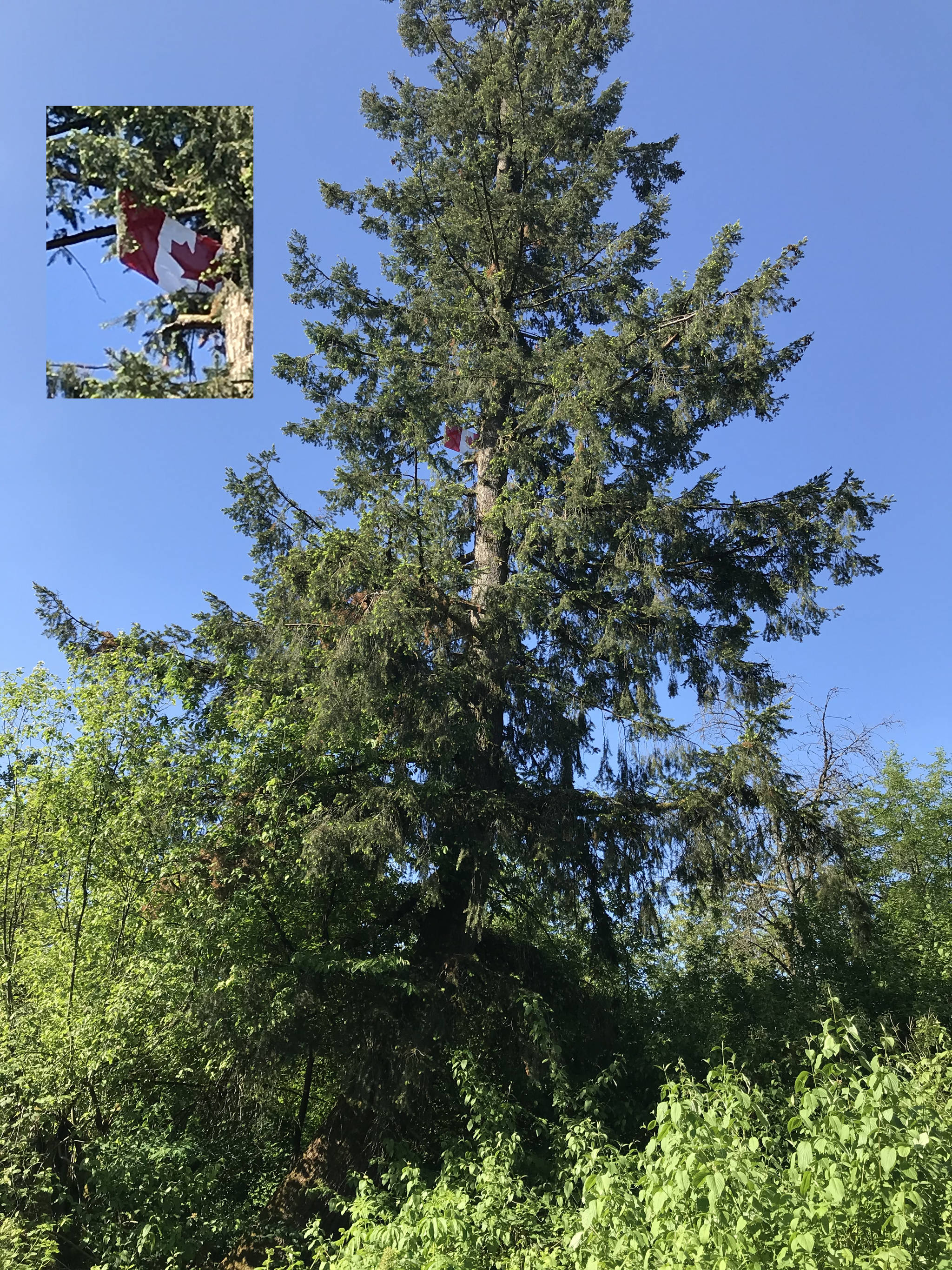 Look up, way up, and you will see a Canadian flag flying from a very tall tree in Langley (Special to Langley Advance Times)

Walnut Grove residents Gail and Don Witten were out for their regular walk with their dog through Derby Hills Park near 208th Street and 98th Avenue beside the railway tracks on Sunday, May 16, when they were surprised to see something unusual.

Fluttering high up from the branches of a very tall tree, just off the trail, was a Canadian flag, hanging from a branch.

From what they saw, and the photo they took, it didn’t look like the wind had blown it there.

“We don’t know how they did it,” Gail told the Langley Advance Times.

It’s a mystery that has Gail wondering if there will be other, similar, patriotic displays.

“Maybe there will be more of them popping up,” she wondered.

While the rules for flying the Canadian flag don’t appear to outright forbid flying the banner from a tree, as the U.S. does for the star-spangled banner, the rules for the Maple Leaf say it should “should always be flown on its own mast or flag pole.”