It stands near the entrance to Langley City’s Hunter Park on 45A Avenue off 200 Street, a slender Japanese Cockscomb Cedar.

The story of how the tree came to be planted in the park, and the significance of the names, begins with Jake, the unofficial greeter of Hunter Park.

A big, friendly golden Labrador, Jake loved getting pets from people as they passed his back gate, which bordered on the Langley City park.

Jake’s human, Dale Anderson, remembers him as a “gorgeous golden lab” who made friends easily.

A few years ago, an outbreak of laminated root rot, also known as yellow ring rot, tore through the park.

One of the most damaging root diseases amongst conifers in the Pacific Northwest, it rots away the core of big trees and is one of the leading causes of dead and wind-thrown trees.

All the firs and hemlocks in the municipal park, about 100 trees, had to come out.

Anderson was watching the crews at work, when she had the idea of donating her Japanese Cockscomb Cedar.

“I had that tree in a pot on my front deck,” Anderson recalled.

“It was getting too big for the pot, so I offered it to them.”

When Jake passed away, Anderson added a small plaque to her former tree.

Nancy Shatzko became the next human to honour her pet when Harley, a Bichon Frise-Poodle cross, passed away.

Shatzko had “inherited” him from her mother-in-law from Shuswap,

“He fit right into our petless family.,” Dhatko recalled.

“Harley quickly became a great companion. He got me out for walks twice a day and would gleefully carry his leash in his mouth.

“Harley would pass by Jake’s place and enthusiastically say a hello,” she recalled.

Then, the late and beloved Kate, a happy-go-lucky Sheltie, took her place in the tree, courtesy of her human, Leslie Campbell, who lives in the area.

“She always looked like she was smiling and ready to party. She loved chasing her ball on our walks. “

It was quiet, understated memorial, but someone obviously noticed.

One day recently, Anderson was taking out her trash when she noticed someone had added Christmas decorations to Jake’s tree, shiny glittering holiday ornaments, a Santa, a miniature Christmas stocking and a Christmas mouse on a candy cane.

None of the three dog owners knows who did it, but they are grateful.

“Thank you, thank you,” Anderson said, when asked what she would say, if she could talk to whoever did the decorating. 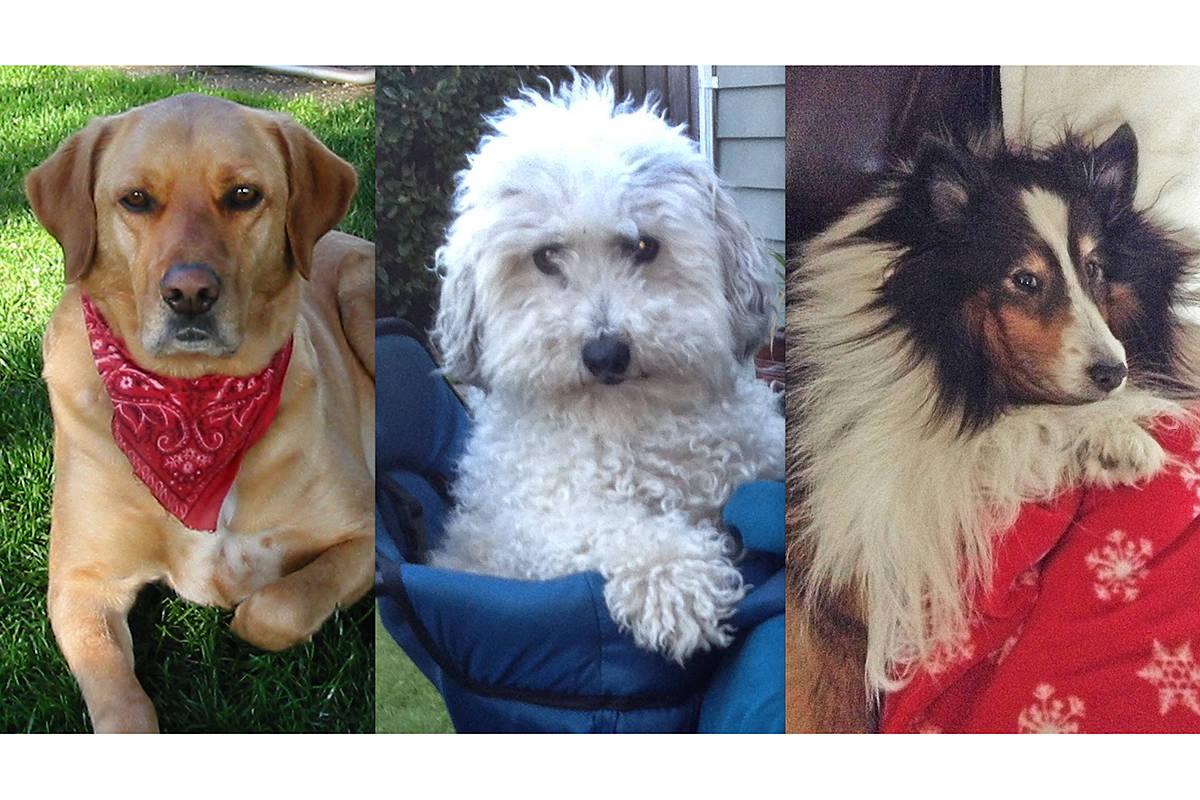