Debbie Froese died, aged 66, on Jan. 9, after a long battle with cancer.

The ceremony was held at the Christian Life Assembly church, which held hundreds of friends, family, and acquaintances.

An honour guard of RCMP, firefighters, and Vancouver Police officers led in the large family at the start of the service.

“Our mom lived her best life,” said Marilyn, Debbie’s daughter. Flanked by her siblings Jenny and Jason, she spoke of her mother’s life, from a farm on Sumas Prairie to meeting Jack in her senior year of high school.

Marilyn joked that their mother had all but stalked Jack, before asking him to prom.

They married in 1973 and worked on his family’s poultry farm, saving up to buy their own in Langley in 1979.

In addition to raising three children, Debbie supported Jack’s change of career to becoming a Vancouver Police Department officer in the early 1980s.

Debbie was one of the driving forces behind transforming what had long been a hobby farm into a commercial operation again in 1992, when J.D. Turkey Farms was created.

“Mom being the entrepreneur that she was, she knew she could operate a deli off the farm,” Marilyn said.

As the daughter and granddaughter of politicians – Debbie’s grandfather was reeve of Sumas for many years – she didn’t bat an eye at her husband going into politics, Marilyn said.

“She took a lot of pride in her store and in her J.D. family,” said Marilyn.

She was deeply proud of her fundraising work with the Thank You For Caring event, an annual Christmas tea that raised funds for the Langley Christmas Bureau and local families.

Her family said Debbie was a woman who loved her family, loved to connect with neighbours, and loved music and travel.

“Mom, you are forever in our hearts, and I know you walk with us every day,” Marilyn said.

“She always was the embodiment of happiness and peace,” said Ethan Morgan, one of Debbie’s grandsons said of the woman they called Nana.

“We love you Deb,” said her sisters, twins Barbara Daenckaert and Beverley Harris.

Reverend Derek Hamre spoke of the 23 Psalm, Debbie’s favourite passage from the Bible, during the committal.

A traditional blanket decorated with an orca was on the stage during the ceremony – it was gifted to Debbie Froese by Chief Marilyn Gabriel of the Kwantlen First Nation. 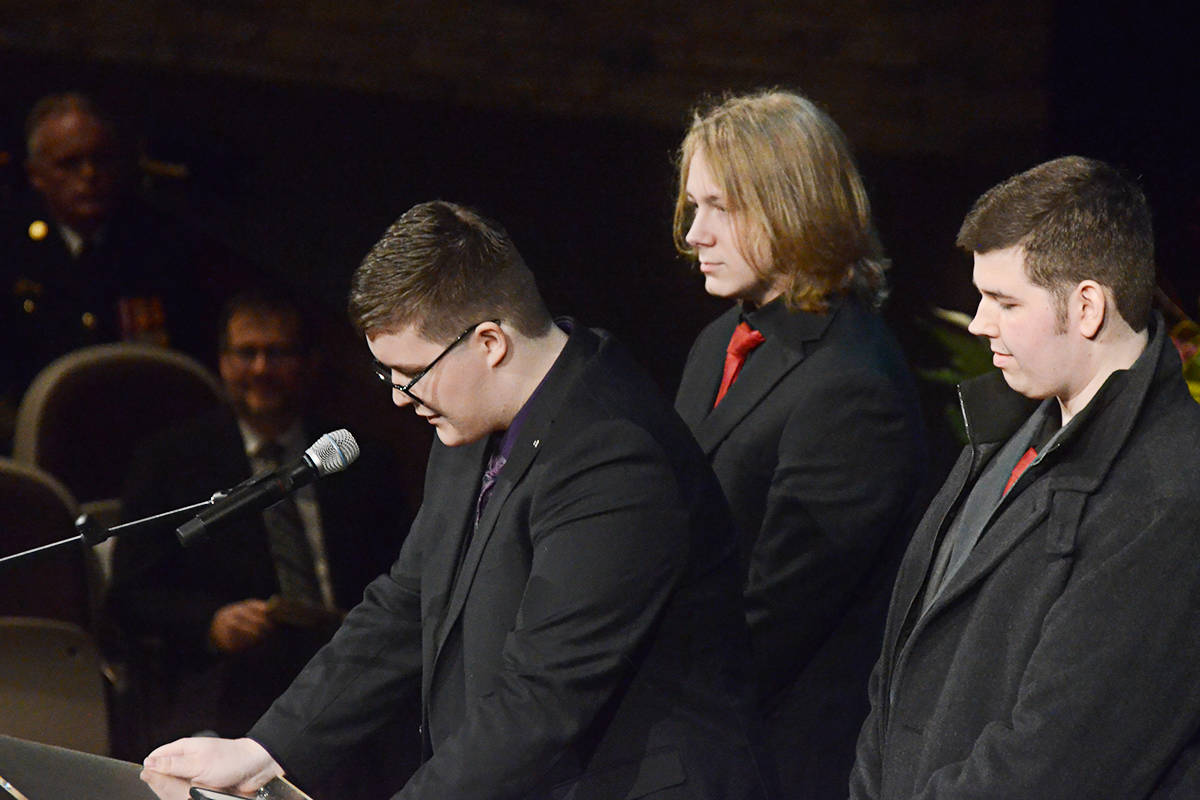 Ethan Morgan, left, one of Debbie Froese’s grandsons, spoke at her celebration of life on behalf of her grandchildren. (Matthew Claxton/Langley Advance Times) 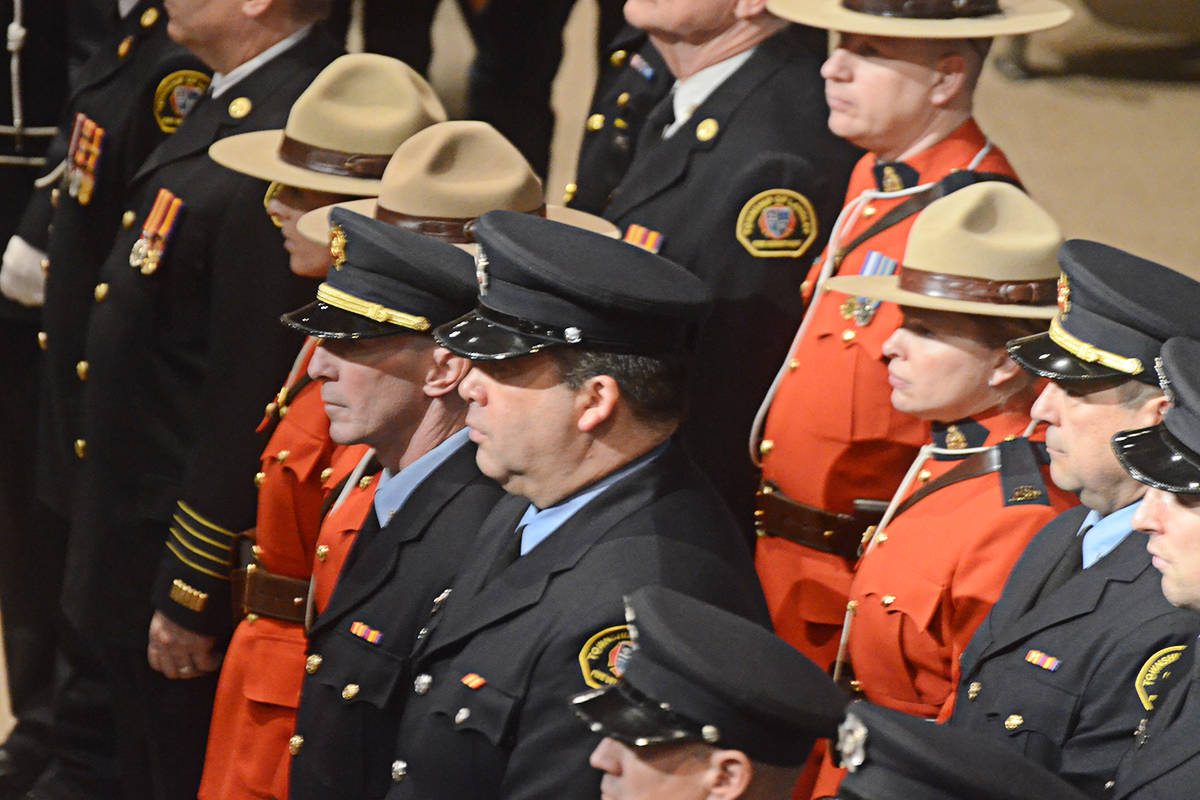 An honour guard of Township firefighters and Langley RCMP officers led in the family of the late Debbie Froese on Jan. 23. (Matthew Claxton/Langley Advance Times)