On Saturday (Jan. 4), hundreds of former Christmas trees met their end in Langley.

There were at least half a dozen non-profit tree chipping fundraisers to aid worthy causes.

One of the earliest was accepting trees before the sun was fully up, at the Langley Rugby Club (LRC) field parking lot on Crush Crescent, which got underway at 8:30 a.m.

Jeff Bush of BurleyBoys tree service did the honours, sending discarded tannenbaums through the grinder, which sprayed wood chips into the back of his truck.

It was a fundraiser for the junior girls team trip to England, where they will be visiting with, and playing against, the local teams.

The team been raising money since February for their planned trip, holding car washes and hot dog sales, and selling chocolates, all to help pay for the planned March 13 to 23 excursion.

READ MORE: Where to toss your Christmas tree

They will be going up against teams in London, Bath, and Cardiff, who, the coaches have been assured, are about the same calibre as the visiting Canadians.

It will be the first overseas trip by an LRC junior girls team, which reflects the growth in the number of players at the club, coach Gillianne Paddon commented.

“We had eight [junior] girls three years ago, now we have 46 registered,” Paddon told the Langley Advance T9imes.

Team captain Katie Foss said the longest distance the team traveled before was to Kamloops.

She said the team plans to train “through the spring” to get ready.

If anyone want to help with the trip, they can contact coach Paddon via email at: gillianne.paddon@gmail.com.

Not too late to chip

For people who missed the tree chippings this weekend, First Walnut Grove Scout troop will be out again on Saturday, Jan. 11 starting at 9:30 a.m. at Walnut Grove Secondary School at 8919 Walnut Grove Dr.

Chipping is by donation.

Donations from the annual event help cover the cost of gear like tents and tarps, as well as camping fees at public parks.

Langley residents with Green Carts have another option.

They can cut and bundle their tree with string, setting it out next to their Green Cart on collection day.

READ ALSO: Township discovering too many contaminants in green carts

Still another method is to take the tree to a waste transfer station for composting.

A minimum $10 charge applies to organic waste, plus a $5 transaction fee.

Nearby transfer stations can be located online at metrovancouver.org. 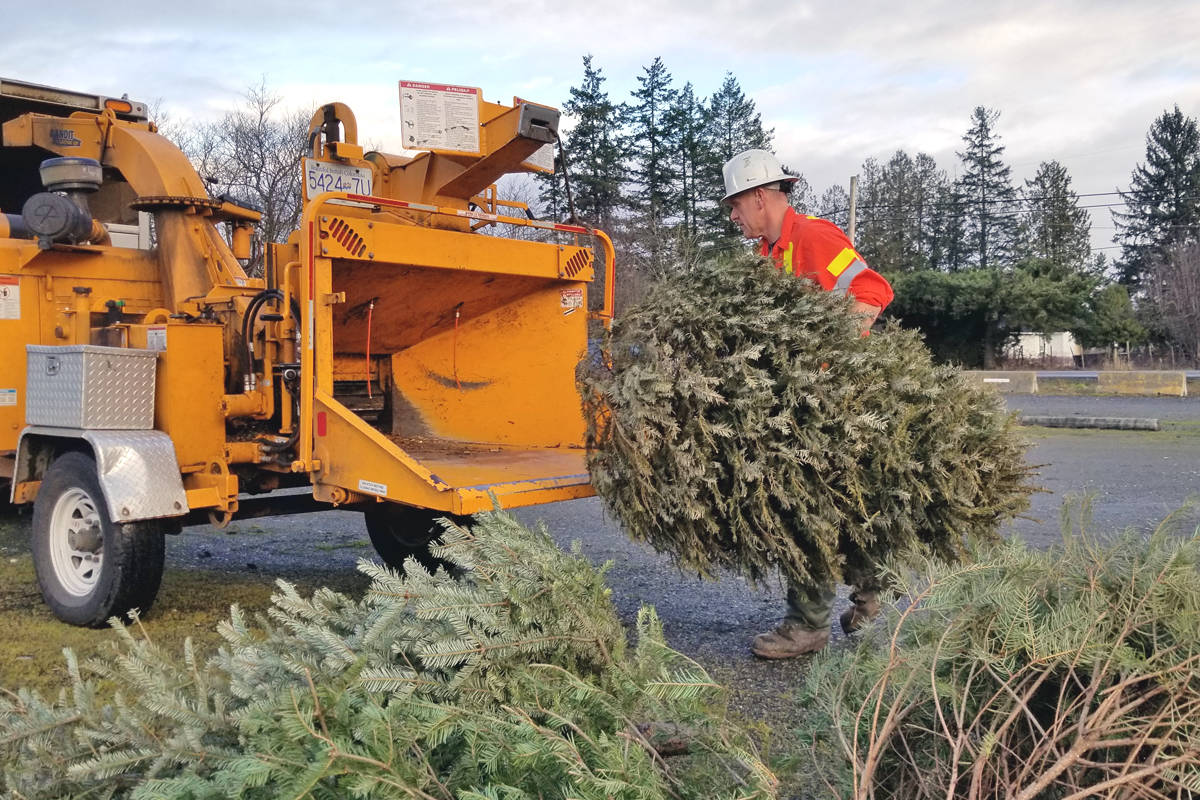 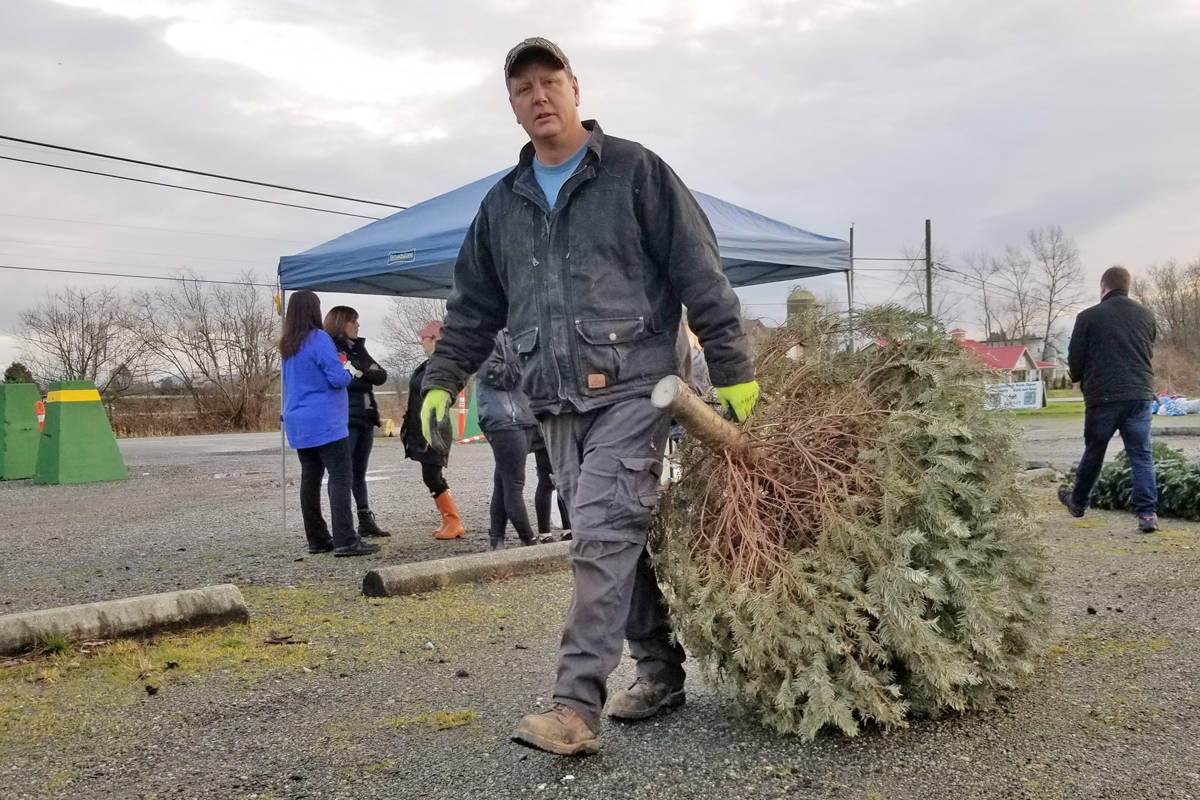 A volunteer carries a tree to the chipper at the Langley Rugby Club on Saturday, Jan. 4. Junior girls team members were raising money for a trip to England. (Dan Ferguson/Langley Advance Times) 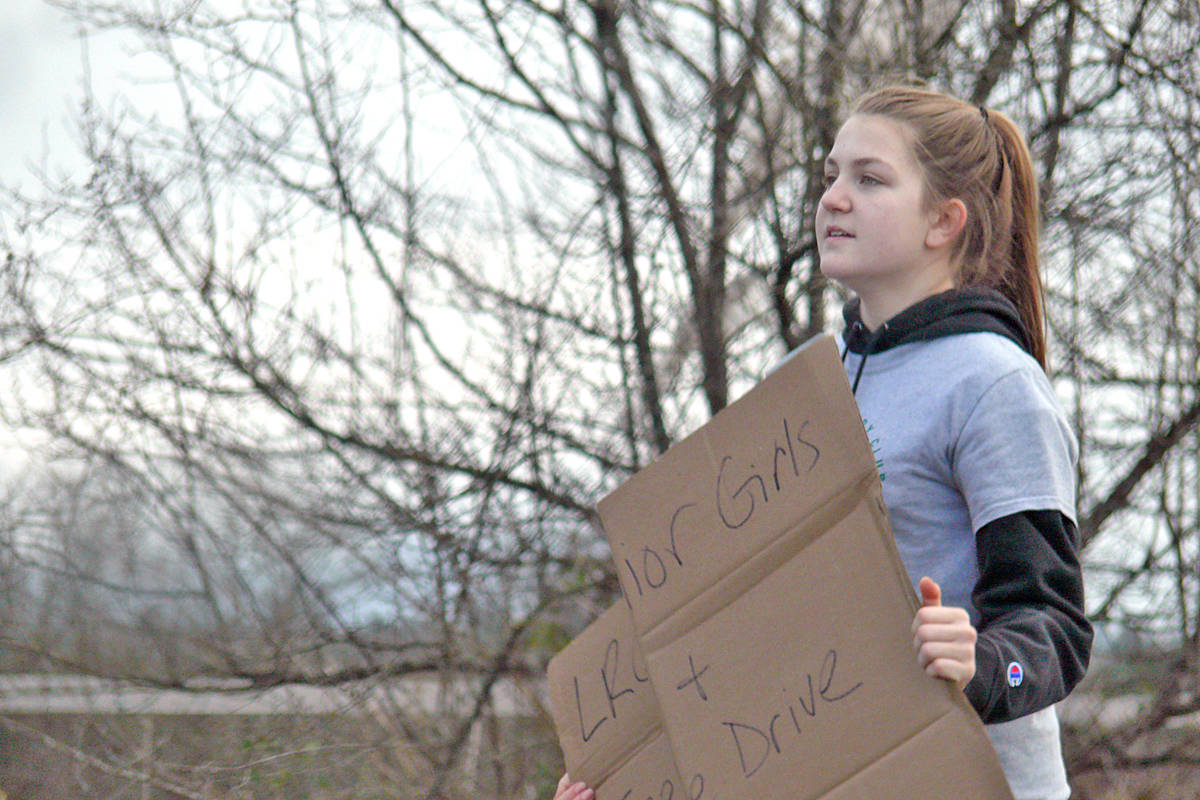 17 surrendered husky puppies available for adoption from Okanagan BC SPCA 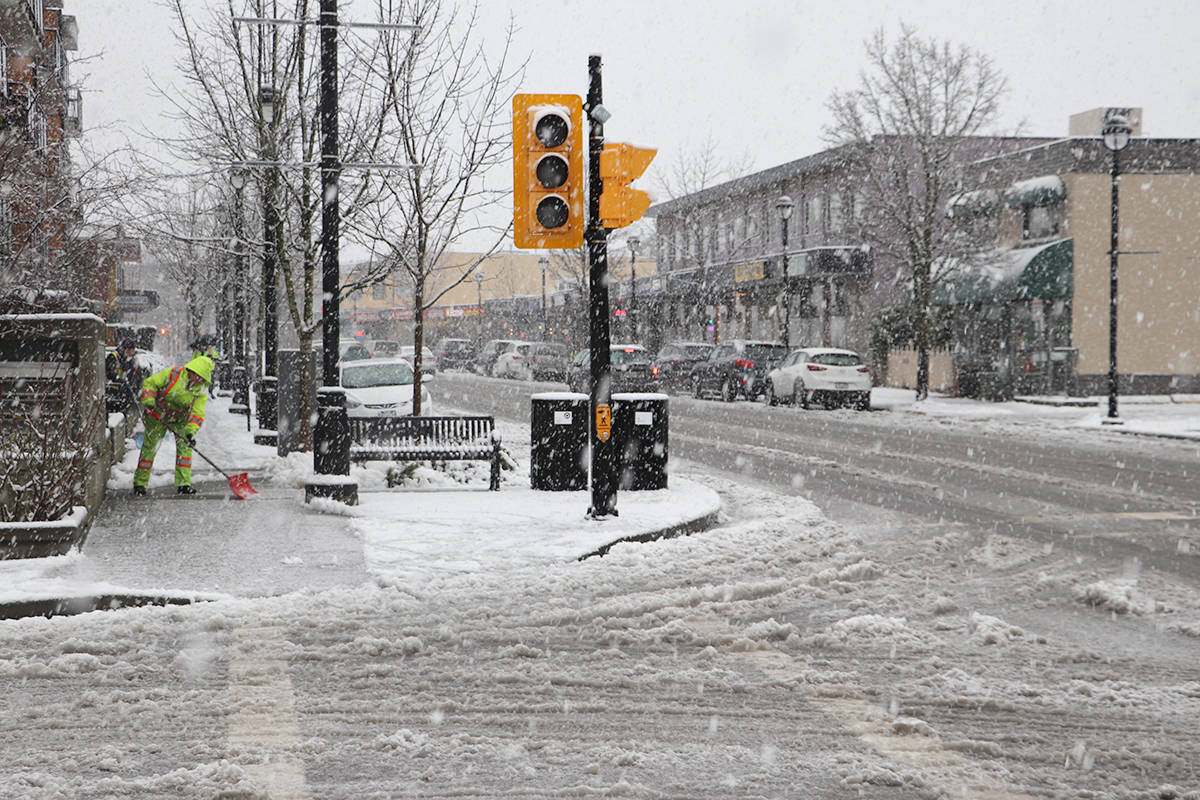