Fifty volunteers collected 400 pounds of trash during a four-hour cleanup of Fort Langley on Saturday, June. 5.

It ran from 10 a.m. to 2 p.m. covering a one-kilometre area around the heritage CN Rail station on Glover Road, where bags, pickup tools, gloves and T-Shirts were being handed out.

It was the first such event organized by Your Local Community, a group founded by Fort Langley resident Bryan Miller to bring like-minded people together to take the “pick-up pledge,” and the Langley Heritage Society, which operates the historic CN Rail train station at Mavis Avenue and Glover Road.

“It was a good day,” Miller commented, noting that in addition to the volunteers, there were visitors to the portable Your Local Community awning set up next to the station, who inquired about the event and expressed interest in taking part in future cleanups.

“A lot of people came by,” Miller said.

Among the volunteer trash hunters was Pam Arthur, a Fort Langley resident who lives on Church Street and said she planned to devote most of her efforts there.

“It’s so busy,” she explained.

“We even have the big trucks going through.”

Arthur collected the most trash of any volunteer, about 50 pounds, so much that she needed assistance getting it back to the collection point at the station.

Many of the volunteers consisted of families with children, which Miller didn’t expect, but was happy to see young kids absorbing the message to keep their community tidy.

“We ran out of kid’s shirts in the first hour,” he estimated.

Helen Williams, manager of the heritage CN station, was also on hand for the event and welcomed the initiative.

“It’s a natural alliance for us,” Williams told the Langley Advance Times.

Williams said the station, a public site, often has people leaving their trash behind.

“We are constantly picking up,” she observed.

Miller noted that due to the amount of graffiti and vandalism at the CN Rail station, a land bridge connecting the street to the the display train had to be removed after being in place for 20 years.

Miller thanked the “Coffee Dads” group from the Fort Langley Elementary School, who provided music and entertainment during the event.

“We’re going to be doing it again,” Miller told the Langley Advance Times.

Your Local Community’s next community cleanup will likely be in a different area of Langley, some time in July, Miller said. 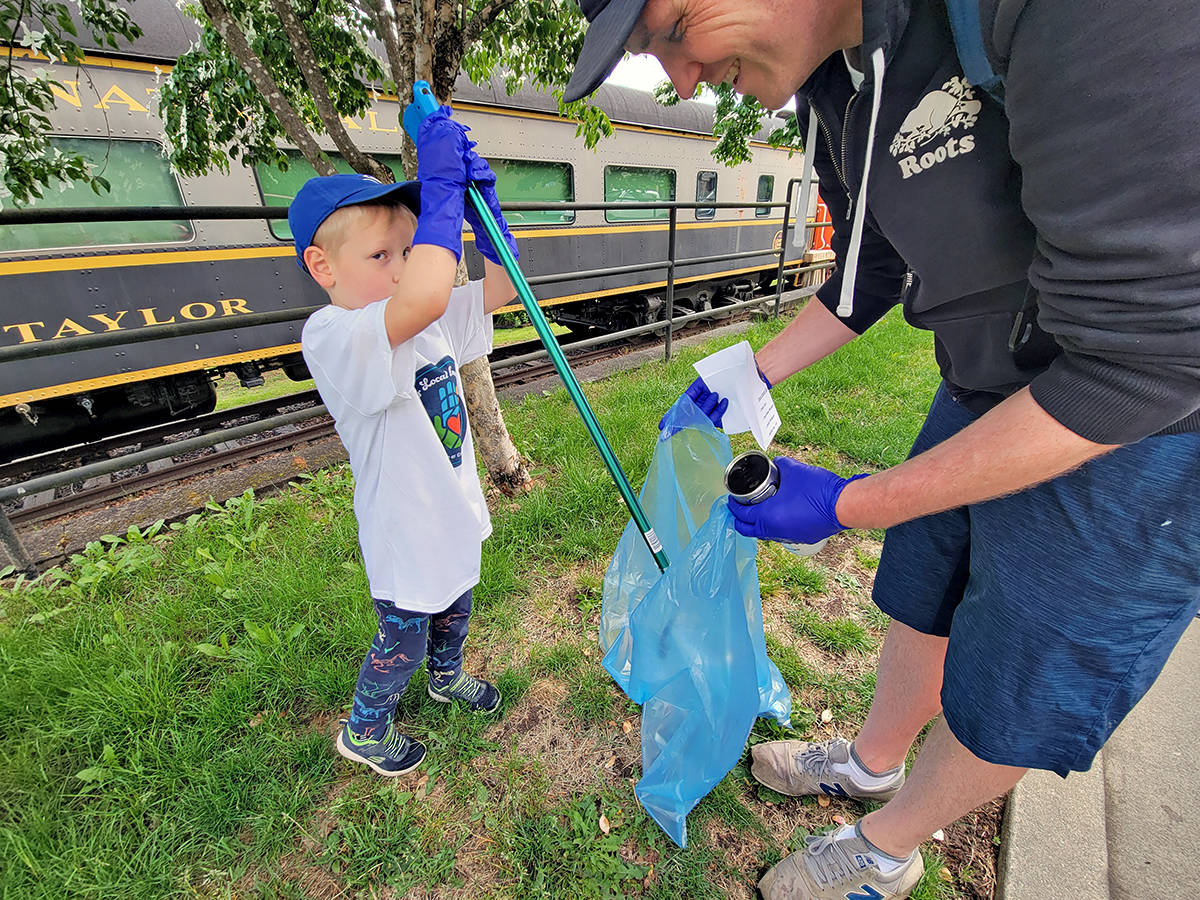 William Bush, 5, used a pickup tool to drop trash into a bag held by his dad, Jon during a community cleanup event in Fort Langley on Saturday, June 12. (Dan Ferguson/Langley Advance Times) 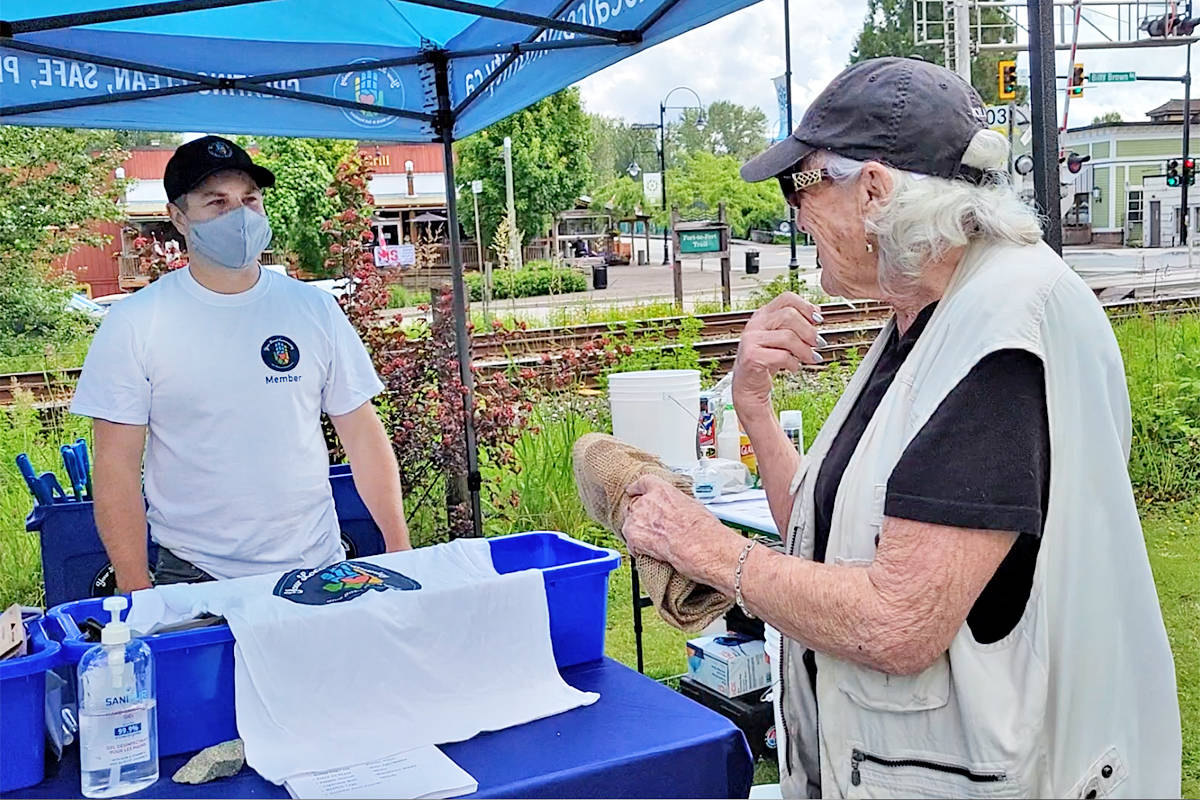