Fort Langley’s stɑl̓əw̓ Arts and Cultural Society will be welcoming Indigenous groups from across Canada and the United States to Kwantlen First Nation land for a three-day pow-wow ceremony.

A sacred social gathering, featuring Indigenous artists participating in dance and drum competitions, the event will be held at the Langley Event Centre from Sept. 16 to 18.

Atkins explained that the pow wow ceremonies are integral to many Indigenous cultures and carry great importance in the community.

“There are two categories of pow wow,” shared Atkins, who hails from Kwantlen First Nation.

“The traditional one and the competitive one,” she continued.

The highlights of the upcoming pow wow would be the competition between various drum groups. Dancers of different age groupings would perform live on the drum beats and compete for prize money.

The tiny tots category will have kids six and under perform, and the junior category will feature dancers aged between seven and 12. Teenagers and those between 18 and 54 will have a separate category, too.

Artists aged 55 plus will participate under the golden age category. Atkins shared that the head staff will judge the regalia of the group members, too, in addition to the dance moves or drum beats.

Formerly known as the Coast Salish Arts and Cultural Society, the registered charity was formed in 2014, and Atkins has been on the board since its inception. The society is actively looking for donations and sponsorships to fund its cultural events.

To qualify for some government grants, the registered charity needs to have at least one event organized before sending an application. For Atkins, the pow wow event could open doors to government support, but she also emphasized that they would continue to rely on community support.

In addition to the pow w0w competitions, the other highlight of the event would be the vendors market. Though everyone is invited to apply to join the event as a vendor, Atkins said that the priority would be given to Indigenous artists and artisans. 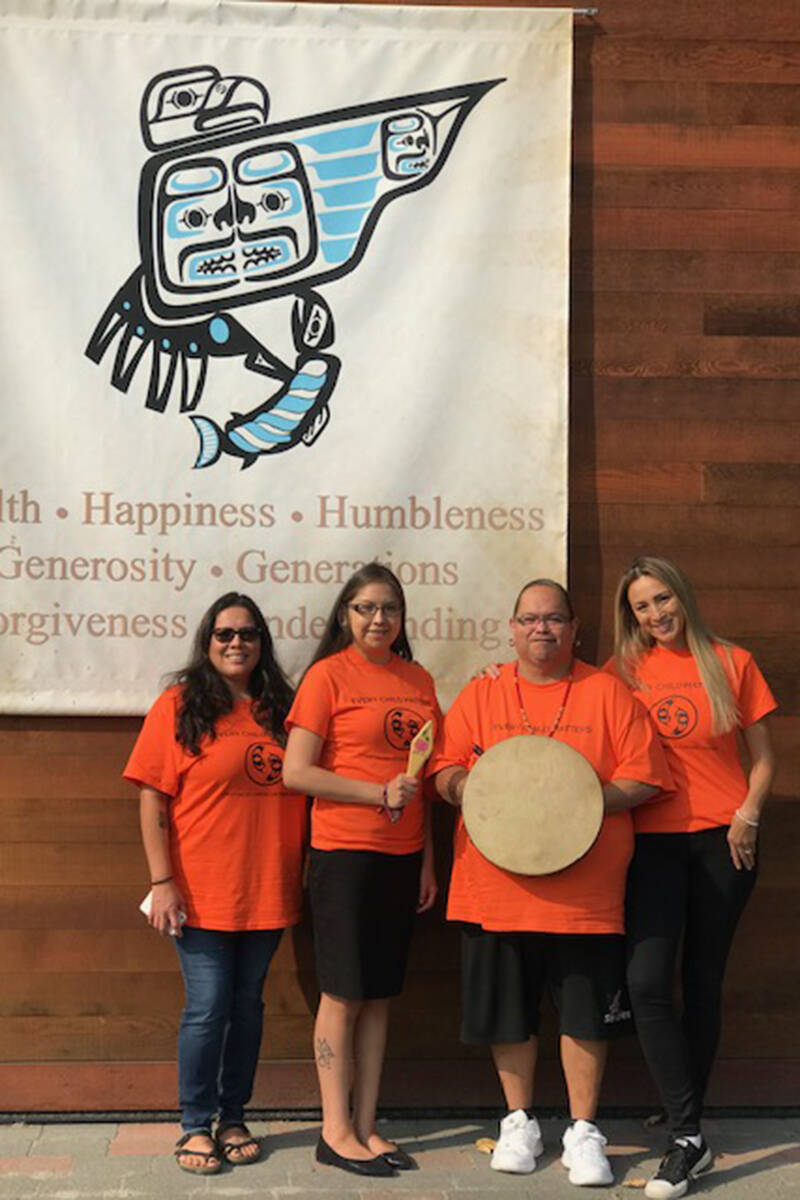 stɑl̓əw̓ Arts and Cultural Society is organizing its first ever pow wow event, inviting Indigenous community members from across Canada and the United States. (Special to Langley Advance Times)