From an Aldergrove basketball court to an actual court in Wyoming, a scholarship has taken Darci Phillips to places she never imagined.

Phillips was a major basketball star in her time at Aldergrove Community Secondary in the late 1990s, including having her jersey, #21, retired by the school.

One headline in the local paper dubbed her “the judge” because of her domination of the court.

Now Phillips is about to take up duties as a judge in Sheridan, Wyoming. Her appointment by the state’s governor takes effect on April 4.

A 1999 graduate of ACSS, Phillips led her team at the AA level provincially, as well as playing for a Seattle-based high-level youth team.

It was through that team that she was scouted for a university scholarship, said Phillips’ mother, Donna Arsene.

Eager to use her skills on the court to get an education, Phillips headed to university in the United States after she graduated, at the University of Wyoming.

She did her undergraduate degree there, and it was only while studying there that she developed an interest in the law.

It was in law school that she met her husband, a Wyoming resident. That meant she would eventually decide to stay in the state. She now has dual citizenship.

“I certainly wouldn’t be in Wyoming if not for the scholarship!” Phillips said.

She noted that her life path is a little unusual. Her Canadian origins came up a lot early in her career, but now she’s built a family and a legal career south of the 49th parallel.

“I’ve actually spent more of my life in Wyoming than in British Columbia,” she noted.

There is one major advantage to living in the sometimes-cold state, she said. “It never rains!”

Her mother is proud of her daughter and her appointment as a judge.

“You just want your kids to live their dreams,” she said.

As for Phillips, she still keeps busy with a bit of basketball, although not as a player.

Instead, she’s now coaching her own two sons. 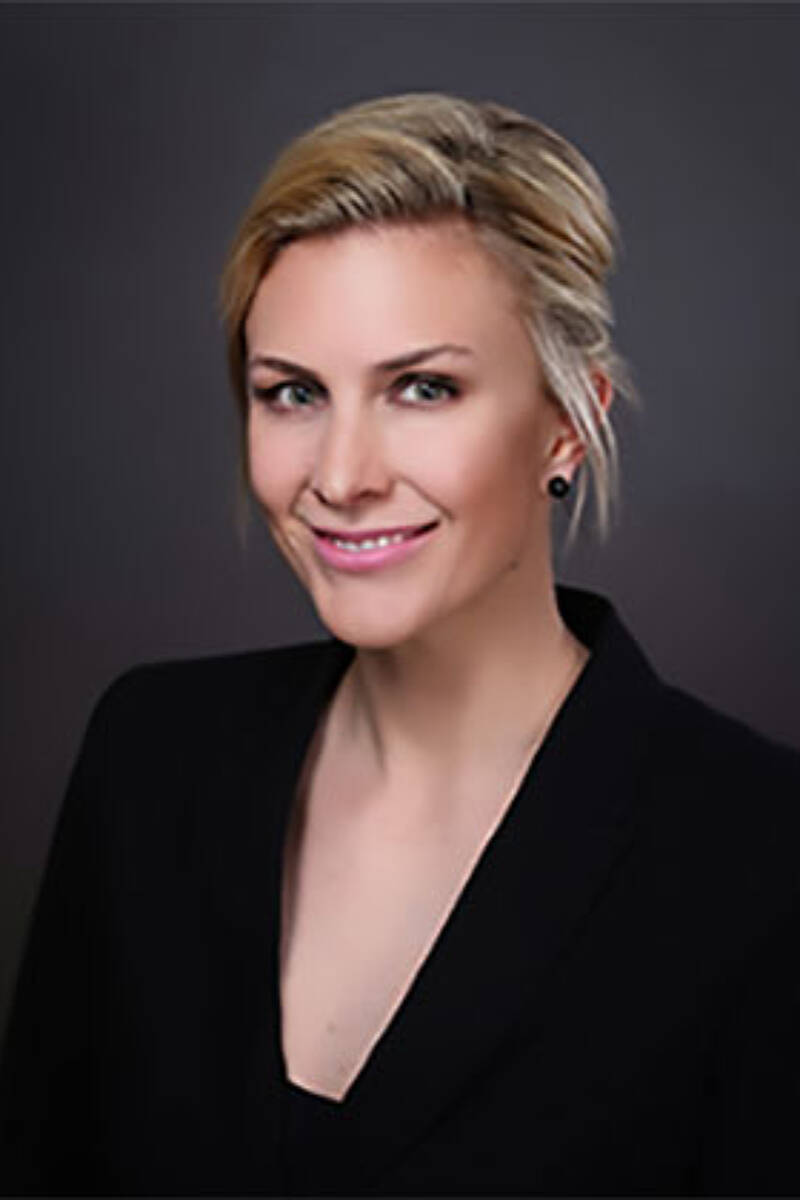