It’s not every day you see a kitten trying to sneak up and pounce on a goat.

But Dutch, a five-and-a-half-month-old ginger kitten was spotted practising his stalking skills on a full-grown white goat on the afternoon of Thursday, Dec. 10, in a quiet Murrayville neighbourhood.

The goat is well known to neighbours for wandering the street and lawns, where it has apparently nibbled on the local rose bushes from time to time.

But this was a first for Dutch, said his owner, Cianna Bosma.

Dutch repeatedly dropped to his belly to slink towards the goat, before backing away and trying again.

“This is the first time that he’s done that,” Bosma said.

The kitten’s mom is apparently a keen hunter who has only recently been taking Dutch outside.

Dutch could not quite work up the courage to pounce on the goat, which cropped a front lawn and only once appeared to notice the kitten. 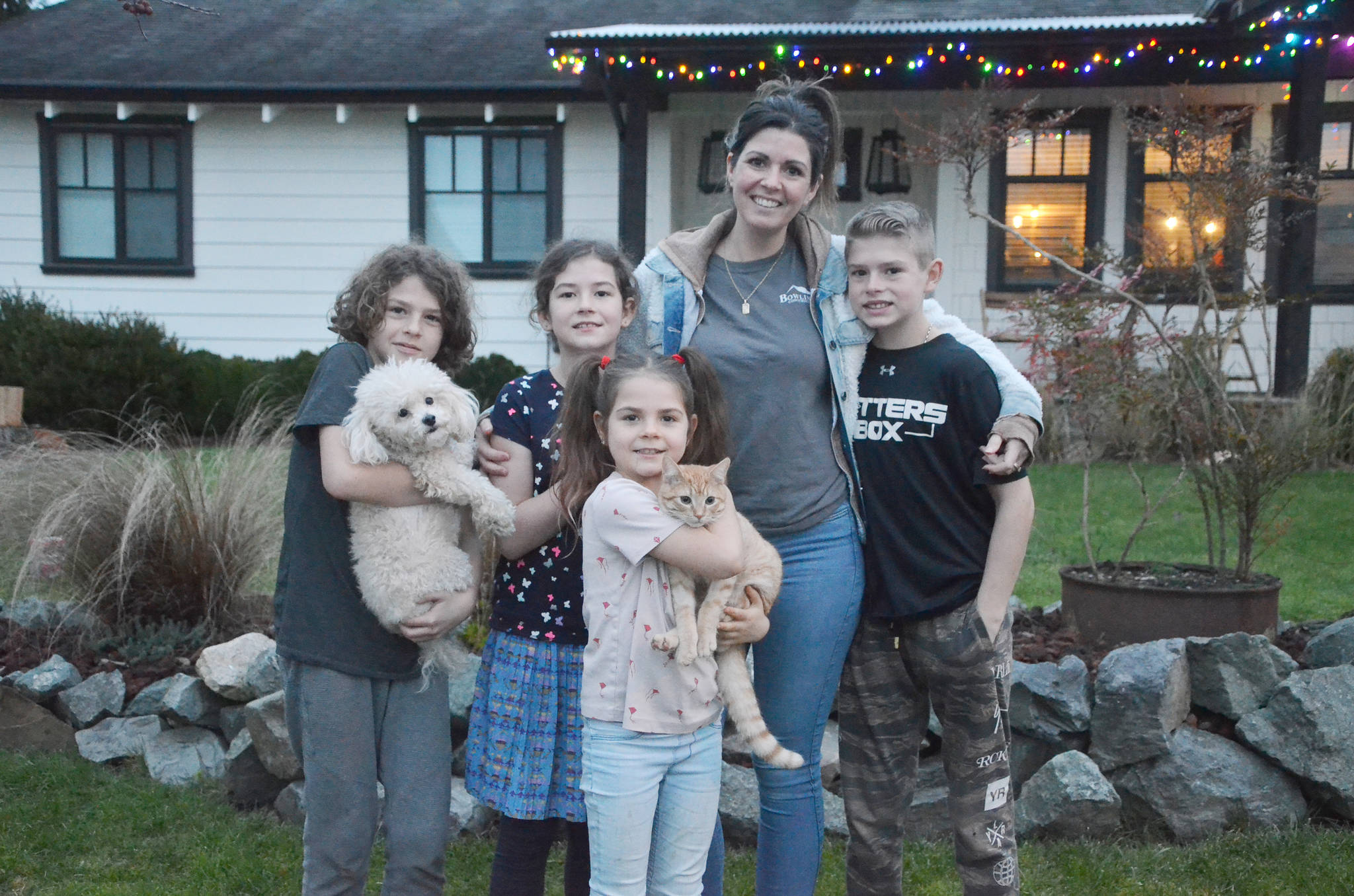 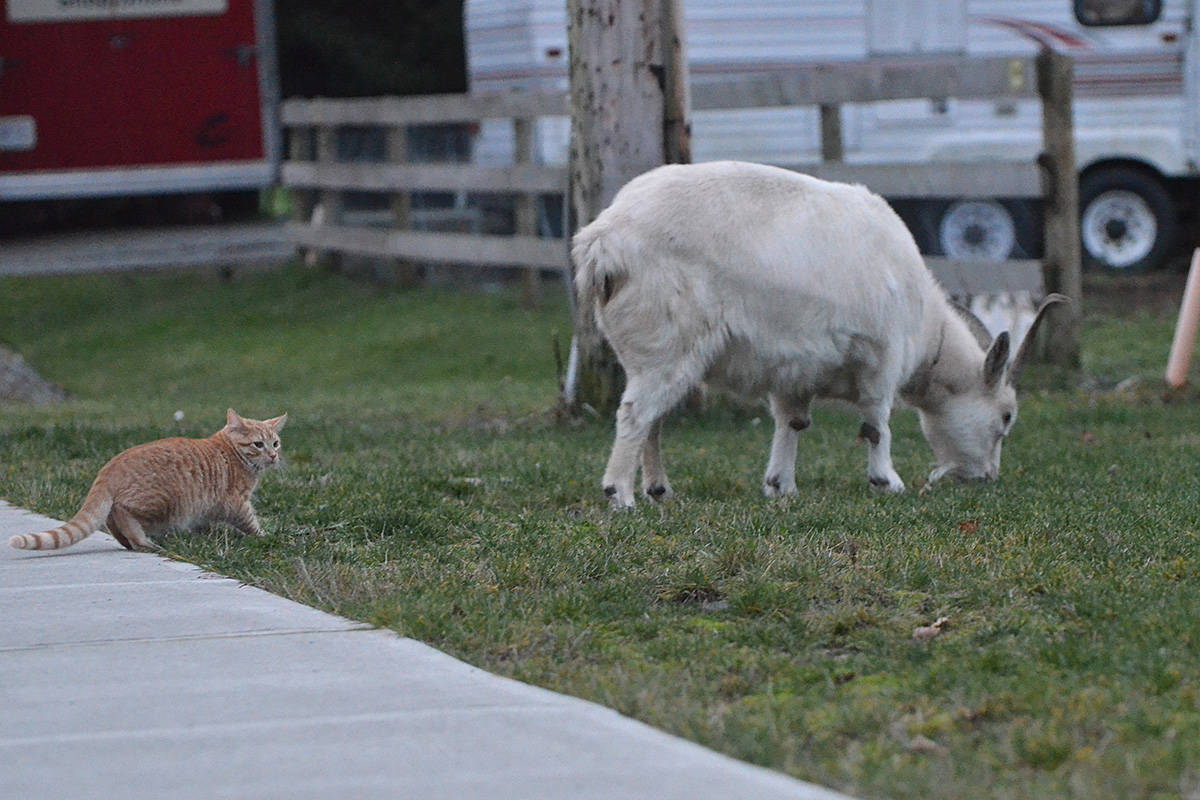