But from April on, the number of kittens and pregnant cats arriving at the Patti Dale Animal Shelter in Aldergrove increases sharply.

Until November, there will be a steady stream of unwanted kittens needing new homes, said Jayne Nelson, executive director of the Langley Animal Protection Society, (LAPS) which runs the shelter.

“A couple weeks ago, we had 17 in one week,” Nelson said. “They’re coming fast and furious.”

Right now, the shelter is looking after 52 kittens, 22 of whom are orphans who were collected by volunteers with the trap-neuter-release crews that try to keep the feral cat population in Langley in check through humane means.

The kittens range from those several weeks old and on solid food, to a number still nursing with their moms, and just opening their eyes.

Almost none of the kittens are at the shelter itself. LAPS has a dedicated team of 25 foster homes that take in most of the kittens.

But that can be a gruelling job, especially when looking after orphaned kittens. It means bottle feeding each of the kittens.

“Every two hours, around the clock,” said Nelson.

“There are times when we have 100 or more kittens in our care, this is just the beginning of the season,” she said.

The number is likely to spike again on June 1, the date of this year’s annual Kitten Round-Up, when LAPS encourages people to call them to turn over unwanted kittens or cats. It’s an attempt to avoid having people simply abandon or even kill unwanted kittens in Langley.

Caring and feeding for all those cats isn’t cheap – and LAPS is not shy about asking for more donations and more volunteers to help share the load.

Kittens go through a lot of canned food as they transition to solid meals, plus dry food and milk replacement for those being hand-fed.

Then there’s vaccines, spaying and neutering, de-worming, and the vet bills for cats who come in injured or seriously ill.

“All those things add up,” said Nelson.

With hundreds of kittens arriving every season, where do they go?

“We’re very lucky that we have some great adoption partners,” said Nelson.

A new partnership includes the Catfé, a cat cafe in the International Village Mall in Vancouver, where people can have a coffee and interact with adoptable cats from LAPS and other regional shelters.

But one of the biggest ways the shelter finds new homes for kittens is through its Facebook and Instagram accounts.

Yet there are still a lot of cats in need of care, as cat ownership is on the increase, and 25 per cent of cats with homes aren’t spayed or neutered. That doesn’t even account for stray, feral, and “neighbourhood” cats, of which only five per cent are spayed or neutered.

Cat ownership is on the increase, but cats are still underrepresented when it comes to trips to the vets, and people spend less money on their cats than on their dogs, Nelson said.

“We’ve got a lot of work to do in raising the value of cats in our community,” she said.

This year, two new courses will be offered at LAPS for soon-to-be or current cat owners.

What to Expect When You’re Expecting a Kitten will give people basic info on how to care for the feline newcomer in their home, and Kittengarten will allow people to bring in their kittens to play with other cats, as well as to learn about vet care and trick training. 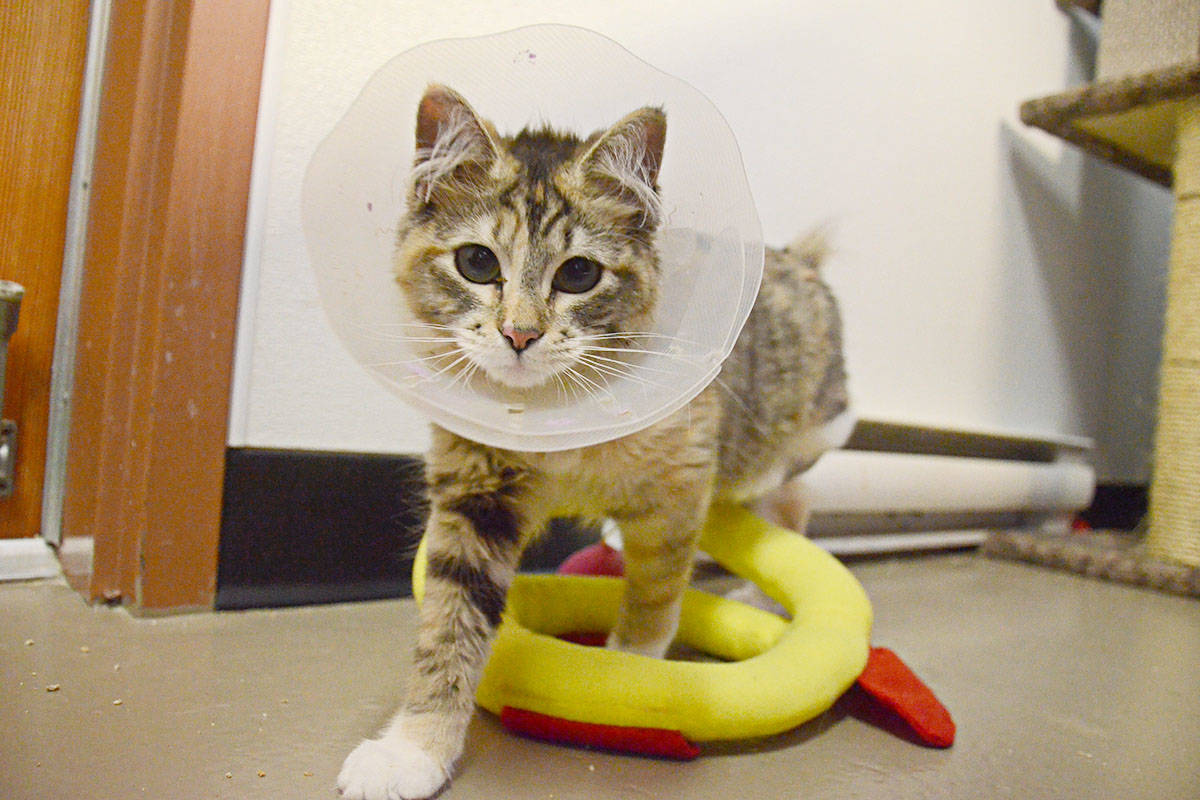 Ophelia, a young manx soon to be adopted from the LAPS shelter in Langley. (Matthew Claxton/Langley Advance) 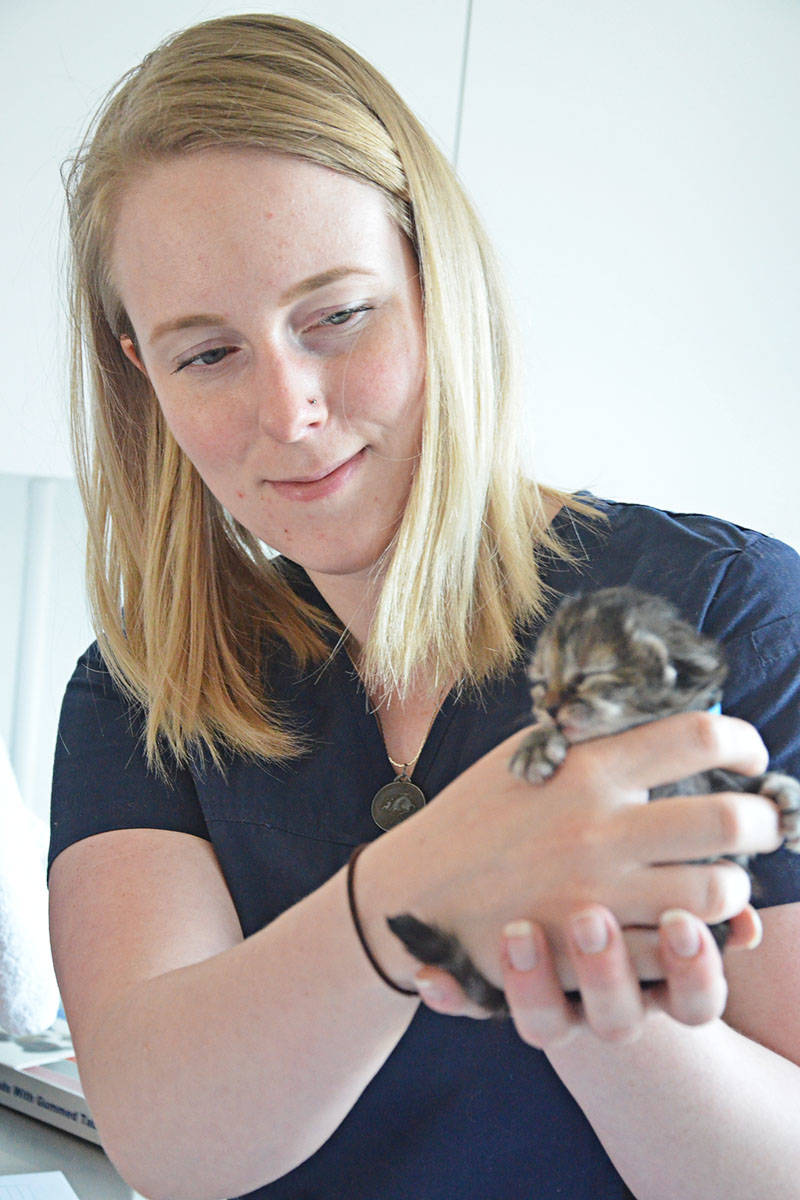 Amy Parker of LAPS checking out a kitten in care. (Matthew Claxton/Langley Advance) 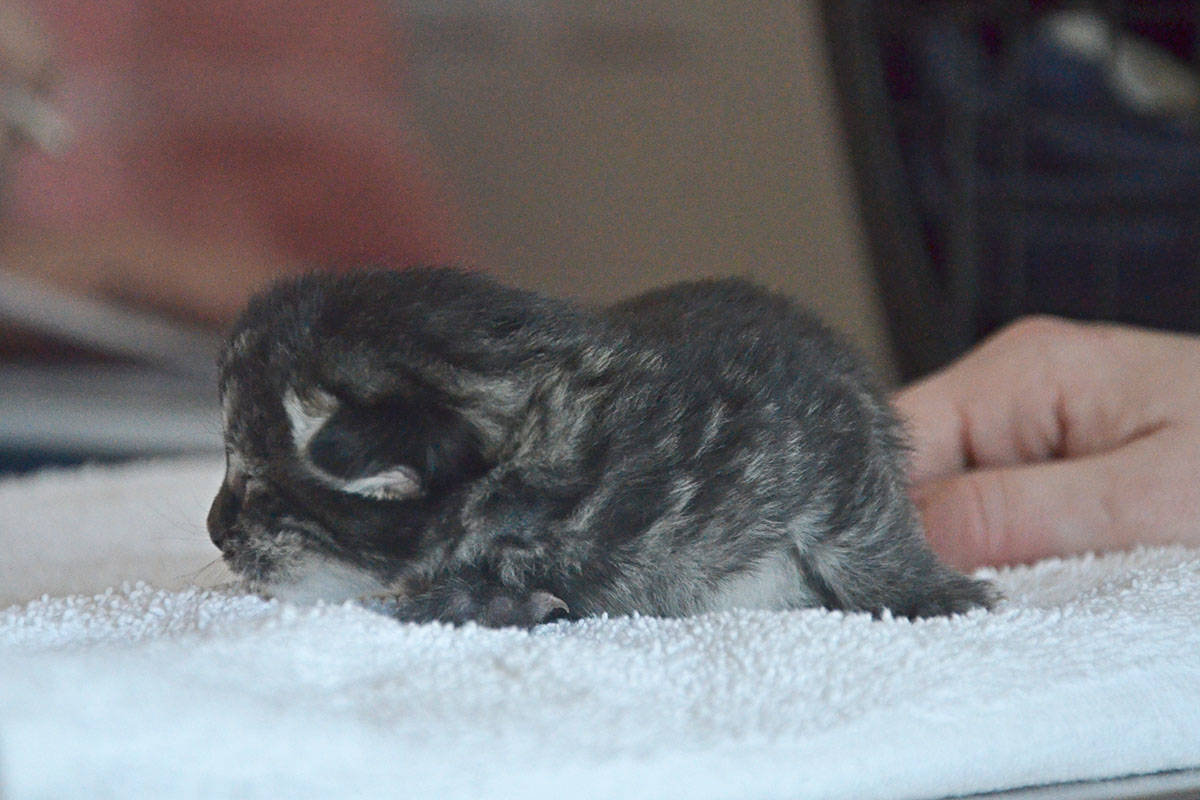 One of the kittens being fostered by Linda Borden. (Matthew Claxton/Langley Advance) 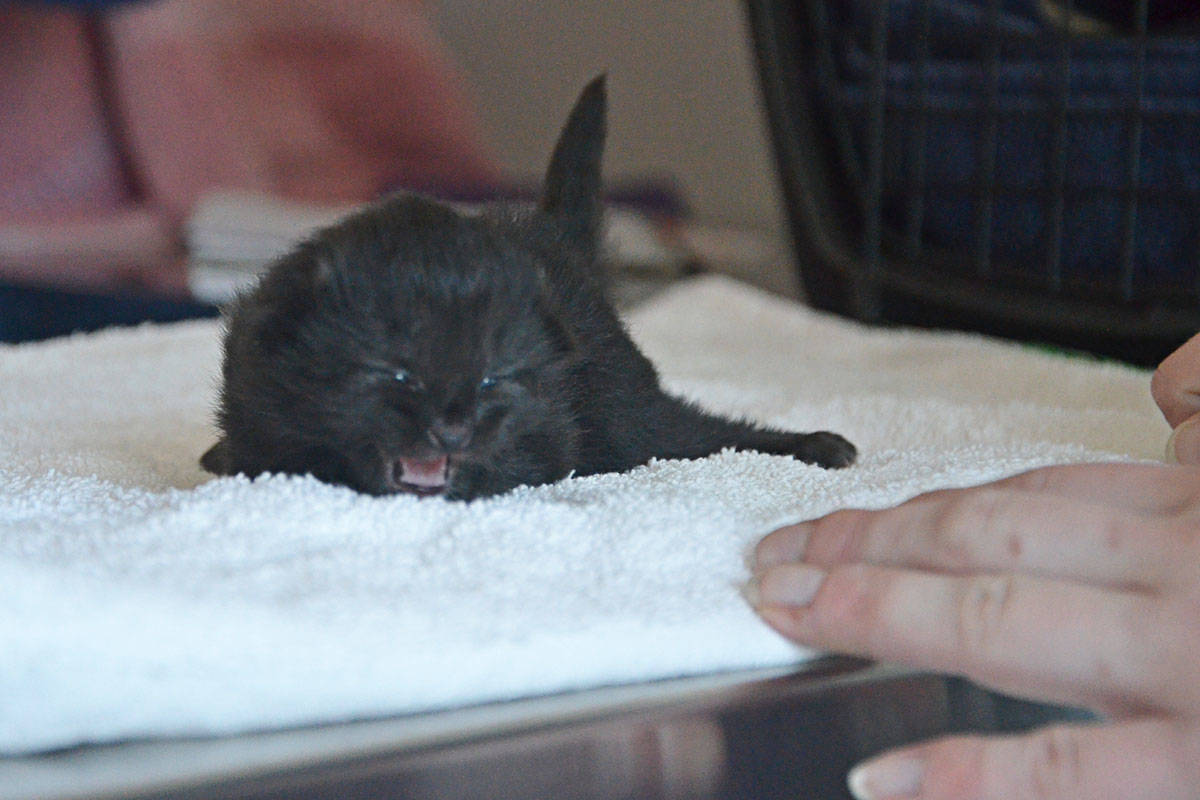 A feisty kitten being checked out at LAPS. (Matthew Claxton/Langley Advance)

Cars and crafts centres of activity in Otter neighbourhoods