Murrayville tyke Michael Caesar turned 11 months old this weekend, while Harrison Hughes of Maple Ridge was preparing to celebrate his third birthday with a big party.

But Saturday morning, both these young boys celebrated their milestones by playing in a huge hay pile, chomping down on endless apples, paddling a make-believe canoe, collecting eggs from a plush toy chicken, and milking a plywood cow.

The boys and their families – Harrison there with his cousins from Calgary – were among a few hundred people who took part in the 14th annual Heritage Apple Day in Fort Langley this weekend. And, much to organizer Joakim Nilsson’s delight, the weather cooperated – at least for the most part.

There were a few raindrops felt throughout the day, but for the most part the three-hour event was dry, which made it inviting for families from throughout the Lower Mainland, explained Nilsson, president of the Derby Reach/Brae Island Parks Association.

With all the technological efforts that typically go into keep kids entertained today, and the Apple Day celebrations proved how simple it is to keep children amused and active, Nilsson said, between his shifts emceeing the ceremony and fluffing up the hay pile for eager kids.

“It’s amazing how a pile of straw can make kids so happy,” he said.

While fiddlers, walking tours along the banks of the Fraser River, plant sales, and various demonstrations appealed more to the adults, the hay fights, the old-fashioned toys, apple peeling, and a display featuring bugs were among the highlights for the younger guests.

But the biggest hit, as always, was the free samplings of endless apples offered up from the historic Derby Reach orchard.

Reflecting on the day, he estimated about 750 people attended the 14th annual Heritage Apple Day. That’s one of the largest turnouts, the biggest one coming a few years back (accompanied by sunshine) when attendance peaked at about 900.

“Overall, it went very well,” Nilsson said, sharing ideas to sell apples next year, as a fundraiser for the association. 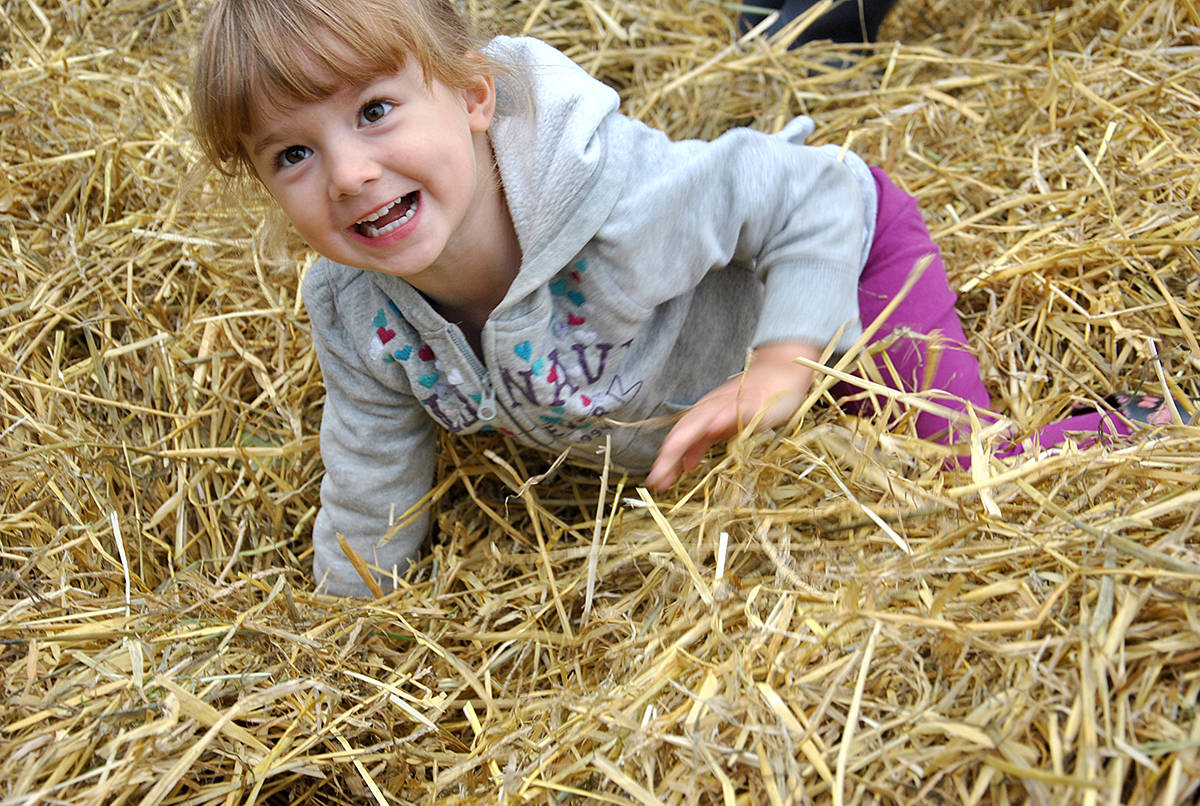 Dozens of young children were gleeful as they played outside during Heritage Apple Day Saturday in Derby Reach Regional Park, just west of Fort Langley. That included Paige Penner of Willoughby who played in the hay pile with several other children. (Roxanne Hooper/Langley Advance) 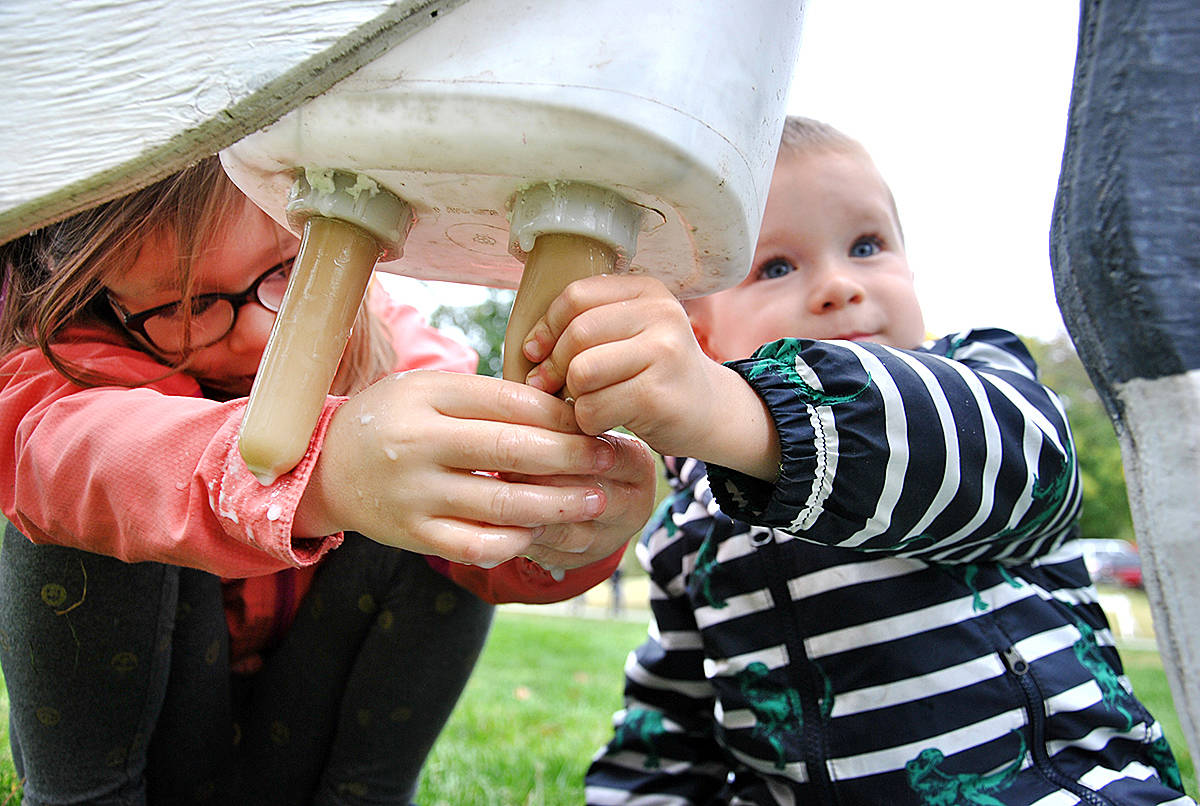 Dozens of young children were gleeful as they played outside during Heritage Apple Day Saturday in Derby Reach Regional Park, just west of Fort Langley. That included five-year-old Elliott Peterson of Calgary and her three-year-old cousin Harrison Hughes of Maple Ridge who learned how to milk a cow and collect egg. (Roxanne Hooper/Langley Advance)