The Langley community came together on Sunday, Jan. 1 to celebrate the New Year with two family ice skating events. The first event was organized by Fort Langley’s Living Waters Church and drew approximately 300 attendees. The second event was organized by the Salvation Army and saw about 200 people participate.

Ethan Newman, a member of Living Waters Church said the event engaged the community with one another outside of a typical Sunday gathering.

“It was really cool to see some little kids who might have been their first time skating at an event like this and the joy that it brings together,” said Newman. “The huge focus of an event like this is to come together as a community.”

The skating event has traditionally been an annual tradition for Living Waters Church, but this was the first time in two years that it had been held due to the COVID-19 pandemic.

“Christmas can sometimes be a busy time and there’s a lot going on, but I think it’s a really neat opportunity to start the new year connecting with one another and asking about how things are going,” said Newman.

In addition to providing a chance for community members to connect, the event also marked the start of the church’s Sunday gatherings, which will resume next week.

“We’re looking forward to meeting new people who come out in the future,” said Newman.

Josh Downer, divisional secretary at the Salvation Army, echoed the sentiment of coming together as a community.

“We’re just grateful for the support over Christmas,” said Downer. “It’s a time for the members to go on the ice, and we’ll have some new people who’ve never gone in the ice.”

Both events provided a chance for attendees to connect with one another and kick off the New Year. The Salvation Army also looks forward to having their summer camp up and running and encouraged the community to connect with their local chapter if interested in sending a child to camp.

RELATED: WEB POLL: Do you stick to your New Year’s resolutions?

READ MORE: VIDEO: Langley Rivermen wrap up year with a loss at home 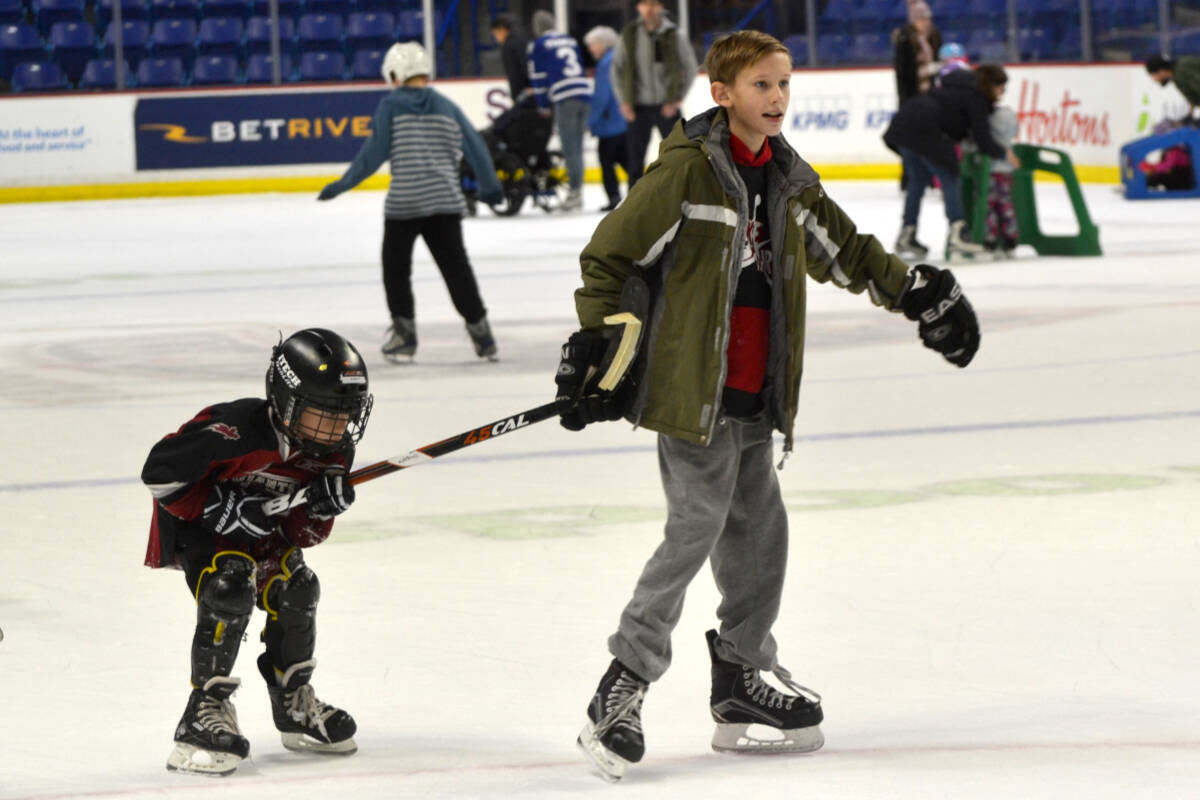 A younger child receives assistance from an older sibling while ice skating, holding onto a hockey stick for balance at one of the New Year’s Day events in Langley. (Tanmay Ahluwalia/Langley Advance Times) 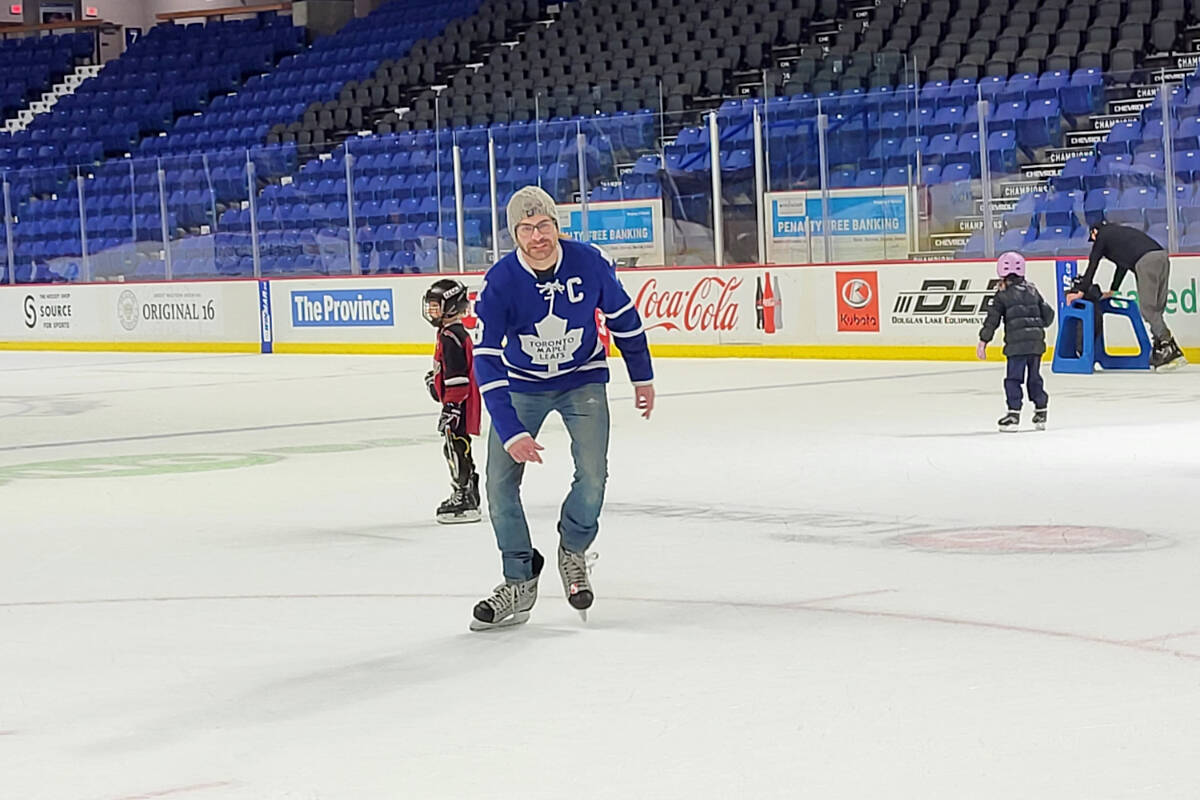 Pastor Mike Vaters of Living Waters Church takes to the ice at one of the New Year’s Day skating events in Langley. (Tanmay Ahluwalia/Langley Advance Times) 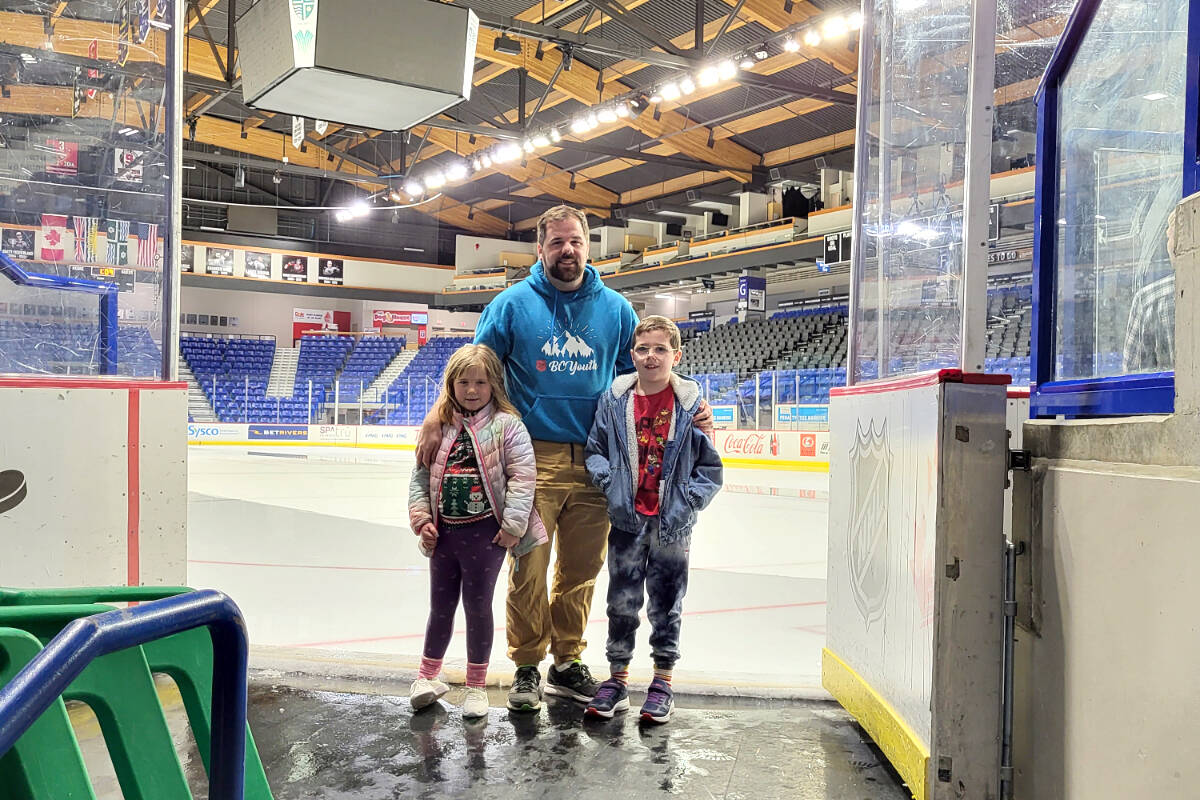 Josh Downer, divisional secretary at the Salvation Army, poses with his kids Adam and Maevie outside the rink before participating in one of the New Year’s Day ice skating events in Langley. (Tanmay Ahluwalia/Langley Advance Times)