by Monique Tamminga/Special to the Langley Advance Times

Colin Reimer, of Reimer Hardwoods in Abbotsford, is not only entering two collector vehicles in this year’s Langley Good Times Cruise-In, he’s come on board as a sponsor too.

“The Langley Cruise-In is the best-known show in B.C., and I got involved because I like the idea that the proceeds go to charity and the event encourages young people to get involved,” Reimer said.

Reimer got into collector cars and going to car shows because of his son.

“About 12 years ago, when my son was 14, his friend and dad were restoring an old VW Beetle. He wanted us to do the same,” recounted Reimer.

The only difference was, his son’s friend had five acres and a barn. The Reimers lived in the city in a house with a two-car garage.

“We bought a 1951 Chevy pickup truck and tore it apart. My son’s goal was to completely restore it for his grad.”

The father-son project met the graduation deadline, but by then interest in collector cars had became a family affair.

“My wife and I started going to shows and really enjoying it,” he said. “In 2012, we entered our Chevy pickup and won the sponsor’s choice award. We’ve been there ever since.”

Colin and his wife Sharon go to about 10 shows a year.

“I was very surprised how much I like going to shows. It’s quite a social thing. It’s a very entertaining hobby.”

It was at one of the shows where Sharon spotted a 1970 Chevy Chevelle that she “fell in love with.”

The owners, however, weren’t interested in selling the muscle car at the time. But they developed a friendship with them and two-and-a-half years later, they sold the Chevelle to Sharon.

They’ve been entering the two collector vehicles in Cruise-In ever since.

“The pickup is a real hotrod, so I get a lot of questions about how we did this or that,” he said.

“But my wife is more the car guy than I am. If anyone says, ‘Nice Chevelle, Colin’ we are both quick to correct anyone that it’s definitely Sharon’s car,” he said with a chuckle.

They’ve always been impressed with the quality show the Cruise-In society and volunteers put on.

“The Cruise-In is a good show. The move to Aldergrove had a few bumps, but now it’s getting there and downtown Aldergrove is a great place for a car show.”

“We can’t wait for Cruise-In,” he concluded. “It’s going to be a great show this year.”

Charities ‘so’ grateful for Cruise-In 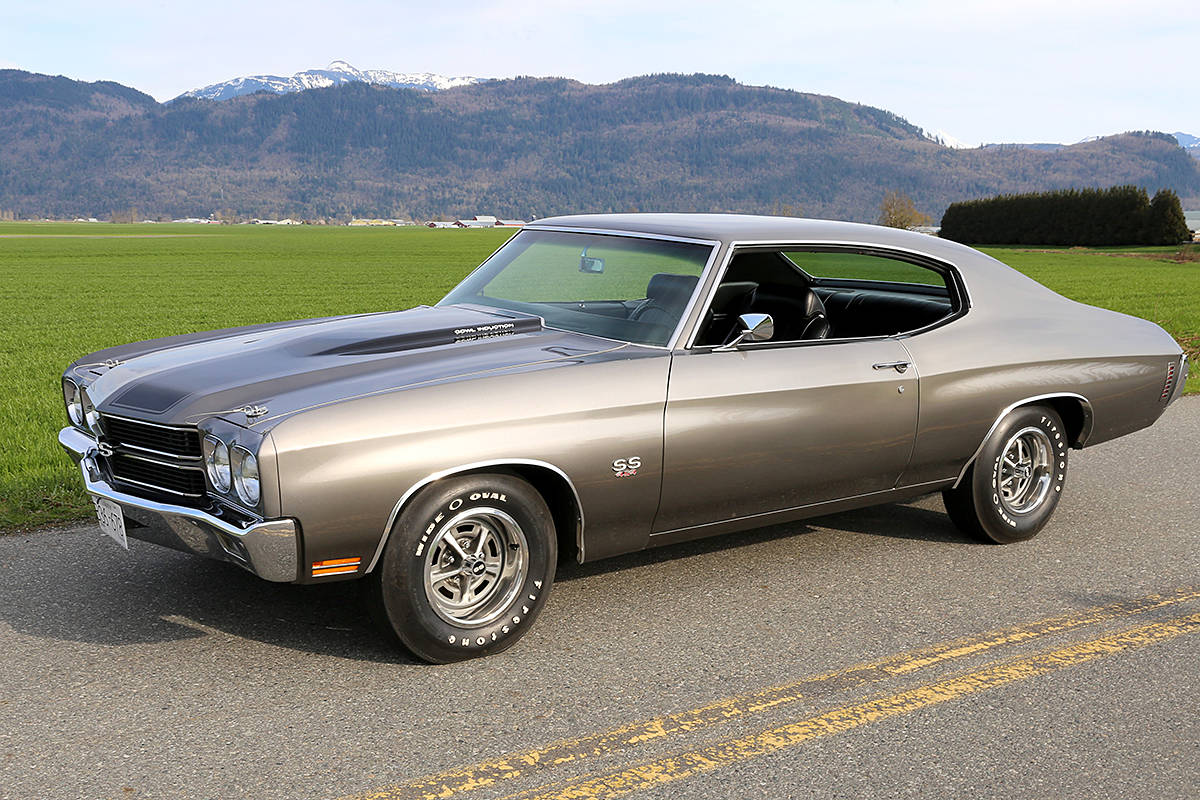 Colin and Sharon Reimer take his 1951 Chevy pickup and her 1970 Chevelle to multiple car shows, including Cruise-In in Aldergrove. (Special to the Langley Advance Times)

A celebration of everything country