Volunteers are the engine of the Langley Good Times Cruise-In, one of the largest volunteer-run car shows in North America.

From the board that oversees the annual event’s planning down to the folks tirelessly working on garbage pickup, every person running the annual Aldergrove event is a volunteer, noted Bruce Pihan, the board’s vice president.

That’s a significant army of volunteers.

There’s about 16 who will help the car owners find their parking spots as they come in for the show, another half dozen working on registration, and about 11 manning the barricades around the closed streets in Aldergrove and offering directions to visitors, plus a few more working on everything from watching over the lineups at the In & Out Burger to running the paid parking lot at the Aldergrove Mall.

Unlike a lot of local charitable endeavours, Pihan is pleased that, for the Cruise-In itself, they seem to have enough volunteers already.

“We have a good core group,” said Pihan. Many of the volunteers come year after year.

That doesn’t mean he isn’t looking for a few more for one of the follow-up events.

The group that was to run the Sunday swap meet that follows the car show has had to cancel this year.

“I’m on the prowl to find another organization,” Pihan said.

A sports team or local club with at least eight people would be ideal to help with the set up and tear down on the event, which sees vendors of cars, car parts, memorabilia, and other items offer them for sale in a big flea market-style set up.

It’s a big job, Pihan said, involving everything from selling merchandise to getting lunches to collecting donations.

“Whatever is needed, that’s what they do,” he said.

The volunteer board is itself very busy, Pihan noted, especially in July and August in the run-up to the event.

Then the Friday night before Cruise-In, and the Saturday and Sunday of official events, mean some long hours. Yet people keep coming back.

This is his sixth year, and many members of the board and the overall volunteer crew have been with the car show for years.

Why do they do it?

“I think it’s the charity, the giving back for the community,” Pihan said.

More than the cars and the event itself, that’s what keeps people coming back year after year, he said.

The fact that money goes towards programs for stroke recovery, or towards the Valley Therapeutic Riding Association, means it’s helping out locals, said Pihan.

Although there is a good core group, the Cruise-In doesn’t turn down new volunteers. Anyone interested in signing up as a group or individual for the main day or the Sunday Swap Meet can call Cruise-In president Wayne Patterson at 604-250-5998, or Pihan at 604-505-1977. 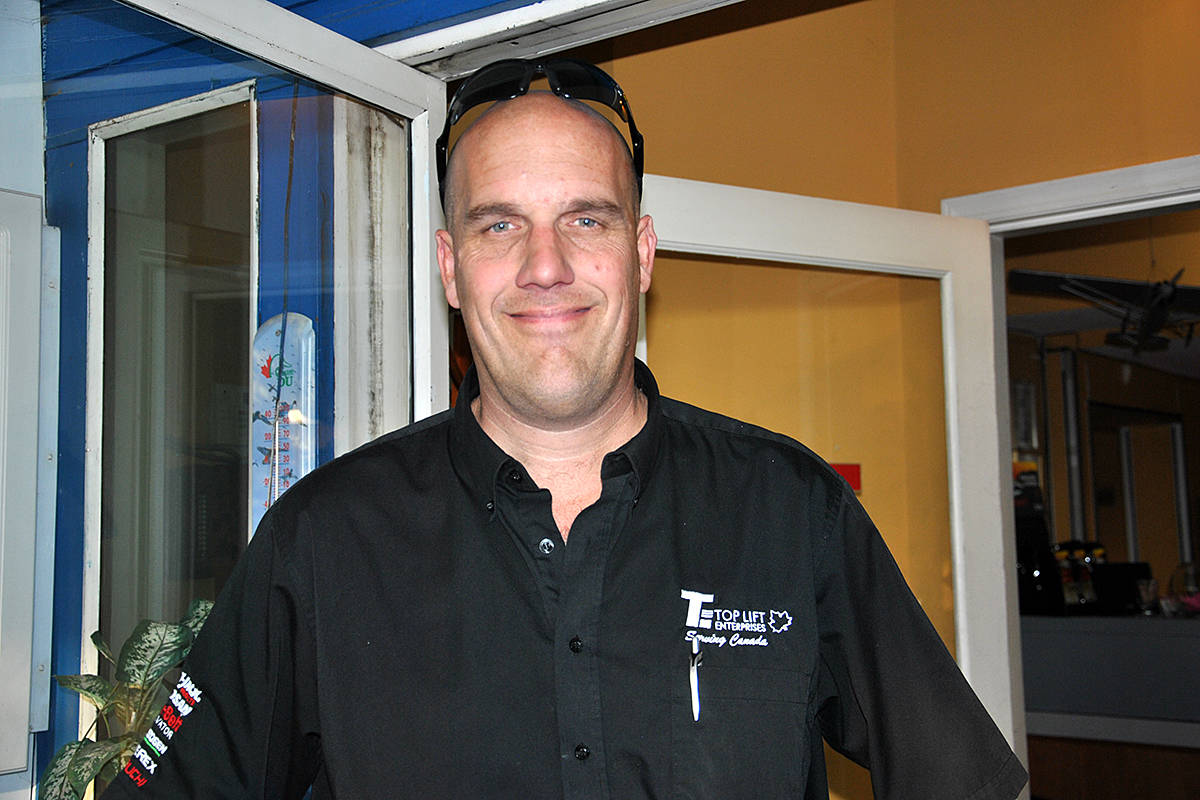 Bruce Pihan is a Cruise-In director.

Cruise on foot through the Cruise-In marketplace