A Langley heart attack survivor was able to say thank you to the people who saved his life.

After Carmelo Deseta contacted the Langley Advance Times in a bid to find the Good Samaritan who came to his aid, he learned that no fewer than four people had worked together to help him.

“Oh my God,” he said, when he was contacted with their names and phone numbers.

Gina and Brian Hewson from South Surrey and Jacqueline and Gary Aulakh from Langley happened to be passing by on Wednesday, March 4th, when the 70-year-old grandfather suffered a heart attack and fell off his bicycle, landing unconscious in a ditch in the 19800-block of 8th Avenue around 5 p.m.

“We just saw a bunch of people looking in a ditch,” said Gina Hewson, who recalls that that Deseta was unconscious and grey with his eyes rolled up.

“His face was partially in the water,” Hewson related.

Jacqueline Aulakh, a nurse who works in a Vancouver hospital, said if Deseta slid down any further, his mouth would have been in the water.

He was gasping, breathing very slowly. Aulakh timed it.

“It’s two a minute,” Aulakh recalls saying to the people at the scene.

“We need to get him out of the ditch.”

A 911 operator concurred, agreeing that the imminent risk to Deseta outweighed any possible complications that moving him might cause.

They all pulled him out and Aulakh began mouth-to-mouth resuscitation while Gina Hewson held his hand and kept telling him “you’re going to be okay” even though she had grave doubts.

“I thought he was going to die.”

Paramedics arrived and took over, then a helicopter landed to evacuate Deseta to hospital.

One ambulance attendant told them, “you guys saved his life.”

Deseta woke up in a ward after spending several days under sedation.

One rib was broken, and he had some temporary memory issues, but he was cleared to return home after just a few days.

“I was virtually dead,” Deseta related.

Deseta was told a passerby, possibly a nurse, had performed mouth-to-mouth and chest compressions on him until emergency responders arrived on the scene.

He went to the newspaper because he wanted the person to know he is grateful to them for saving his life, and to tell them himself, if he could.

“I don’t want to hassle them if they’re busy, especially if this person is a nurse, with the COVID-19 [outbreak]” Deseta told the Langley Advance Times on Monday (March 6th).

He said he would just like them to know that he survived, and is recovering at home, and he is grateful for what they did.

When the story appeared, the good Samaritans were “ecstatic,” Jacqueline Aulakh said.

“It’s just lovely to hear that he made it.”

“It was awesome,” Gina Hewson agreed.

“I can’t thank you enough.”

Deseta was grateful for the aid provided by the police, fire and ambulance responders, as well as the other passers-by who helped.

“Basically, I wouldn’t be here without their help,” he commented.

“It was amazing how many people were there, trying to save a person in the ditch.”

Once the COVID-19 outbreak is over, he hopes to meet them in person to shake their hands. 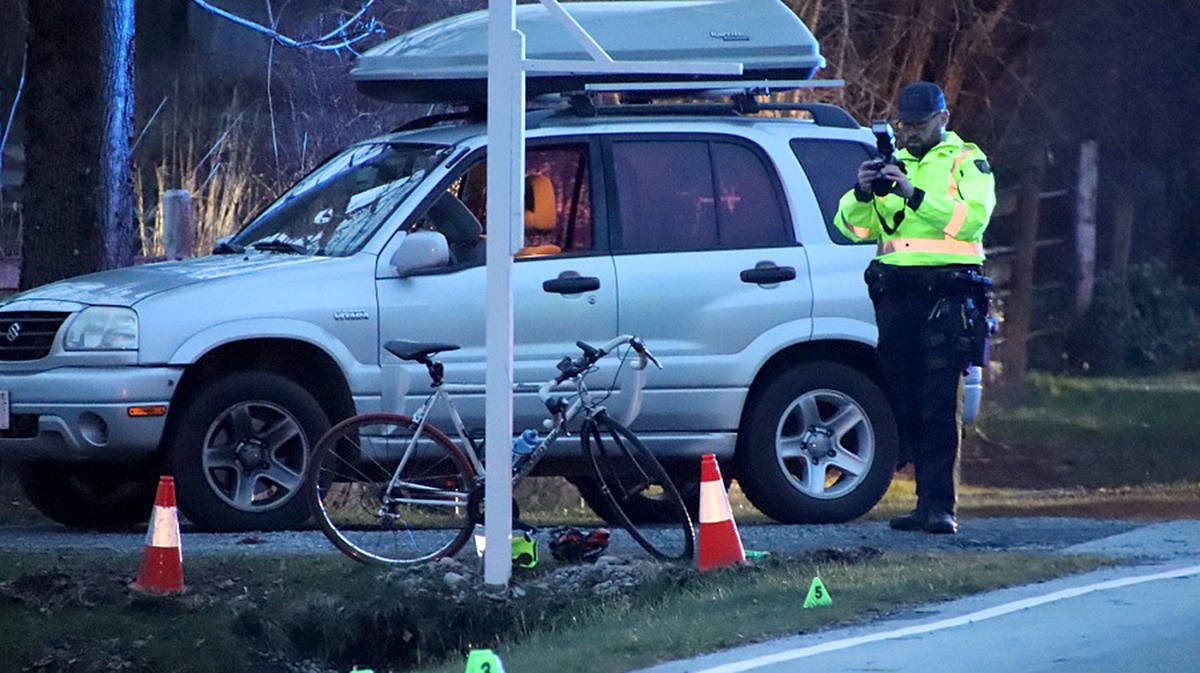 THROUGH YOUR LENS: Langley looks skyward