A well known advocate for preserving history in Langley has been honoured with a prestigious award.

Fred Pepin, president of the Langley Heritage Society, was presented an Award of Merit by the British Columbia Historical Federation (BCHF) in Nakusp, B.C. on May 26.

This award is given to groups or individuals who have made a significant contribution to the study or promotion of B.C. history.

“For over 35 years, Fred has been instrumental in saving and restoring heritage structures in Langley,” a press release states.

“His skill in assessing the integrity of heritage structures and his deep knowledge of restoration techniques, combined with hands-on work have led to the preservation of dozens of structures in the community, saving many structures from the wrecking ball.”

Through the Langley Heritage Society, Pepin has helped restore buildings in Milner, Sperling, Murrayville and Langley Prairie, including the 1915 CN Station in Fort Langley, and the Wark/Dumais House — one of the earliest farmhouses in the Fraser Valley — on the campus of Kwantlen Polytechnic University.

Many buildings were being vandalized before his restoration work began and were facing demolition. Tenants with a love of heritage also live in these buildings, keeping them alive.

Accepting the award on his behalf was Mark Forsythe, executive member of the Langley Heritage Society.

Established in 1922, the BCHF encourages interest in the history of B.C. through research, presentation and support in its role as an umbrella organization for provincial historical societies. The Federation currently provides a voice for more than 100 member societies and 24,000 individuals. 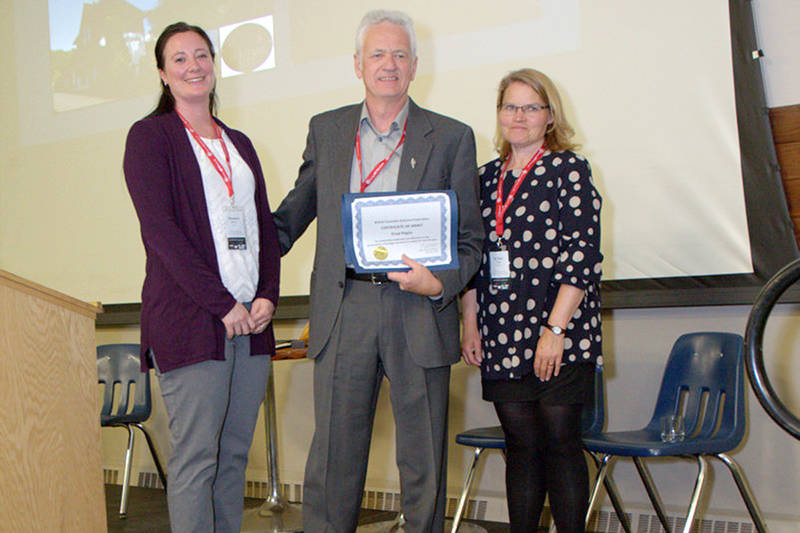 After Hammy, another deer netted on the North Coast