It is people who truly make a place, and last night (Thursday), the Township of Langley paid tribute to the many people who generously volunteer their time, knowledge, and efforts to make this an exceptional community.

Hundreds of caring community members were thanked and celebrated during the Township’s annual Volunteer Appreciation event. Held at the Langley Events Centre, the evening included dinner, entertainment, and the presentation of awards to an outstanding individual, couple, and student.

Sylvia Anderson was the recipient of the Eric Flowerdew Volunteer Award.

For decades, Anderson has been dedicated to numerous organizations in Langley, from the Christmas Bureau to the Field Naturalists. She volunteered for the BC Summer Games and the BC Senior Games, supports Langley Special Olympics, and helps with the Relay for Life. She has been involved with the Langley Heritage Society and Canadian Blood Services, and is a recipient of the Order of the Red Cross Canada.

A charter member and the volunteer co-ordinator for the Langley Volunteer Bureau, Anderson pairs local residents with organizations and events in need of a helping hand. She also volunteers with the Langley Emergency Program, helps at the Campbell Valley Community Visitors Centre, and co-chairs the Langley Seniors Committee Action Table. 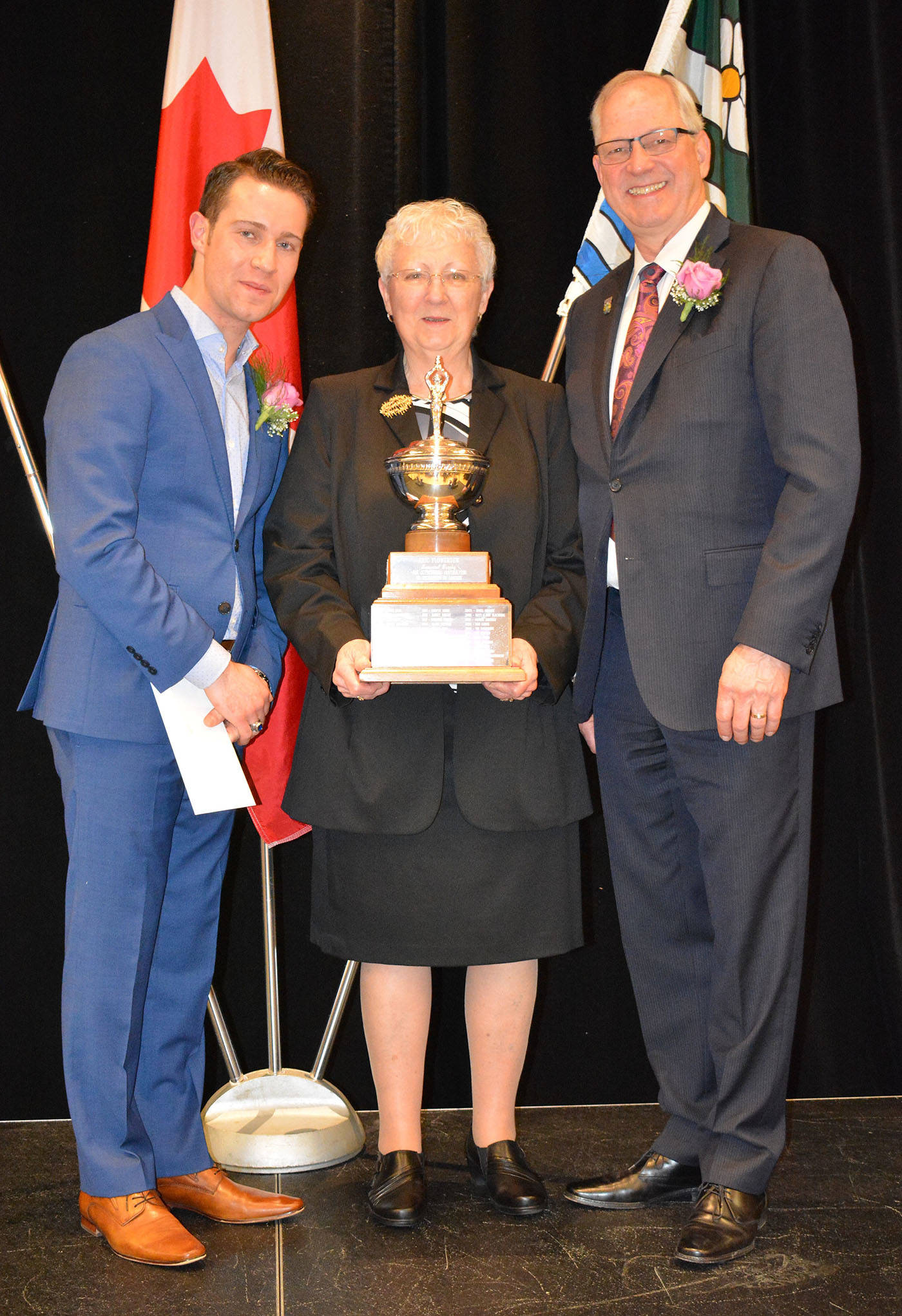 The Flowerdew Award is named after former Parks and Recreation commissioner, school trustee, and municipal councillor Eric Flowerdew. Each year it is presented by the Township to an individual who promotes an active living lifestyle that enhances Langley’s quality of life and community spirit through creative, cultural, physical, or social pursuits.

In Grade 12 at Langley Fundamental School, Stead is a straight-A student who has earned the Top Student Award in 12 classes over the past three years. Earlier this year, she and four other students initiated an Amnesty International Write for Rights event. A volunteer at Langley Evangelical Free Church, she serves in the Children’s Ministry program, on the Hospitality Team, and as a summer intern.

Stead plays volleyball and is captain of the senior girls’ basketball team. She has been named Top PE student and Most Inspirational Player, and has received the Tracy Basham Memorial Scholarship. An exceptional musician and vocalist, she starred in the lead role in her school’s production of Beauty and the Beast. Stead has also won Langley Fundamental’s Citizen and Principal’s Awards.

The Outstanding Community Youth Award is named after Pete Swensson, an internationally recognized athlete and photographer who was the Township’s first Recreation Director and the originator of the Langley Walk.

The Swensson Award is given to a Grade 11 or 12 student in recognition of their athletic achievements, scholastic effort, community involvement and personal qualities.

And the John and Muriel Arnason Award went to Karl and Toni Dreise.

For more than 30 years, Karl and Toni have been members of the Willoughby Community Hall Society, with Karl serving as president for 28 years. The couple was a driving force in preserving, moving, and upgrading the hall, a heritage building that continues to be enjoyed by the public today. Toni is a founding member of the Willoughby Women’s Institute. The Institute joined forces with the Hall Society to raise funds and preserve another heritage building, the Willoughby Schoolhouse, which now serves the community as a daycare.

The Dreises were instrumental in starting Cubs and Boy Scouts groups in Willoughby in the early 1970s and spent 25 years in scouting. They volunteered with the Langley Heritage Society and both are part of the national and provincial Pitch-In movement.

The John and Muriel Arnason Award was created in memory of Muriel Arnason, the first woman to be elected to Township Council, and her husband, John, to recognize two people who volunteer together to make Langley a better place. It honours a partnership of individuals who advocate for culture, learning, and literacy, foster partnerships and cooperative efforts, and create the potential for long-term benefits to the community.

“This is such a special night for the Township of Langley,” said Mayor Jack Froese, who co-hosted the Volunteer Appreciation Evening with Nolan Killeen, the youth representative on the Township’s Agricultural Advisory and Economic Enhancement Committee. “It is always a pleasure to recognize the people who give so much to make life better for others and to thank our volunteers for everything they do for this community.”

The Flowerdew and Arnason Award recipients received $750 to be contributed to a recognized charity or society of their choice, and the Swensson Award winner received a $750 scholarship. 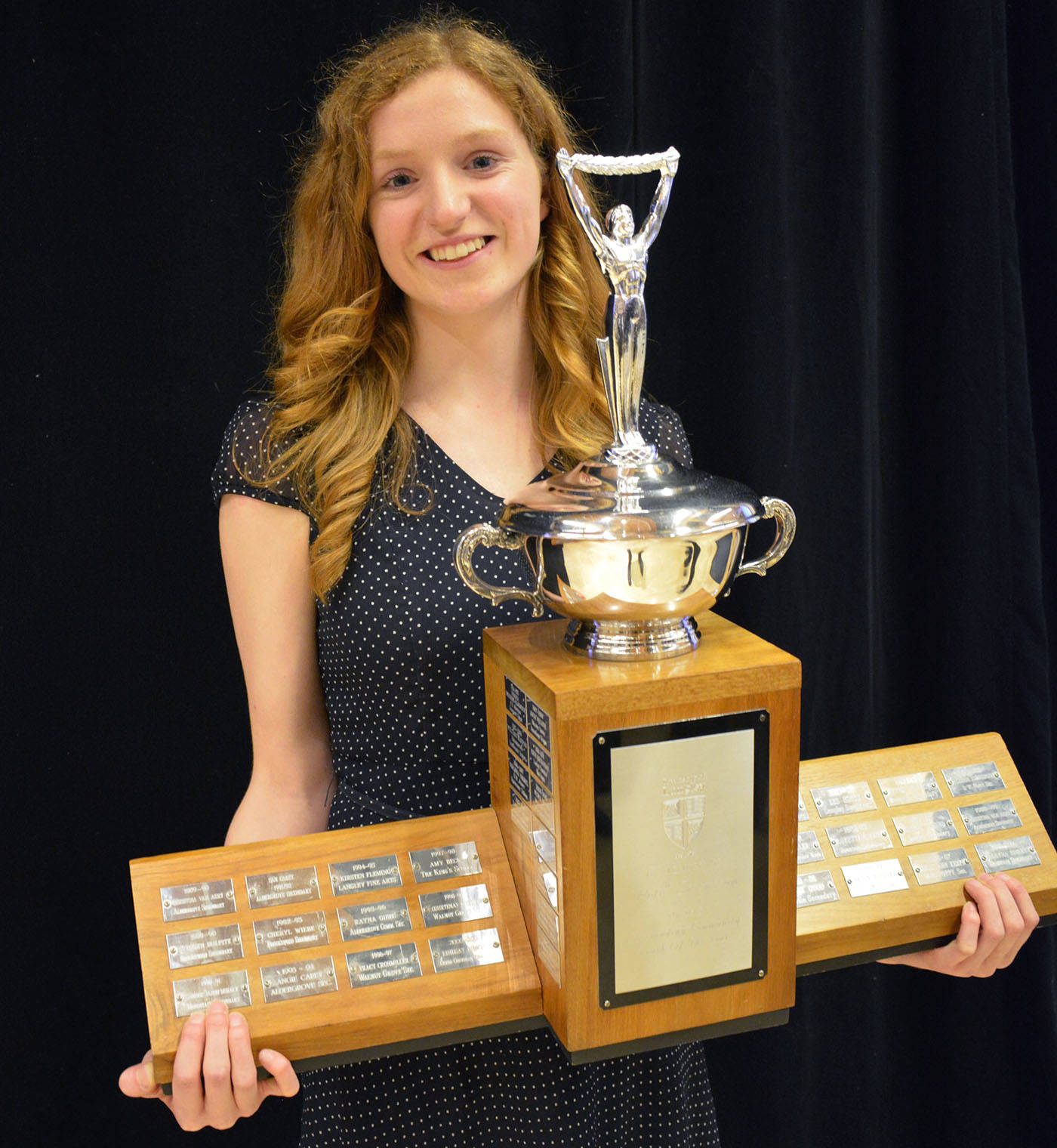