Policing in Langley has had to change to respond to the coronavirus pandemic, said Supt. Murray Power, the officer in charge of the Langley RCMP detachment.

“The first challenge is the unknown,” he said.

In the early days, in February and early March, when cases were still rare, it was a matter of trying to determine things like how contagious was the virus, and how could officers best protect themselves while doing their jobs.

While things were being sorted out, there were a few incidents that showed how serious the risk of infection could be, including a collision that RCMP attended before masks were mandatory for close work with members of the public.

Police were on scene helping the victims at a car accident, Power said.

“One of the drivers advised they had just come from being tested [for COVID-19],” said Power.

The officers who encountered the driver had to go into voluntary home quarantine for several days until the driver got his test back – fortunately he was negative, so the officers were cleared to return to work.

There have been several other officers tested since then, and other disruptions to keeping local RCMP members on the road took place early on, Power said.

“We lost a few members to travel quarantines,” he noted. That affected about seven officers early on during the crisis.

There were up to five officers also off at a time as precautionary measures because they had other symptoms that could have been the coronavirus.

But as of mid-April, no Langley RCMP officers have tested positive for the virus.

In some ways, Power noted the detachment is facing the pandemic the same way every other essential workplace is facing it.

From a very clean workplace, they’ve gone to a frequently-sterilized one, with extra cleaning to make certain every surface people touch is wiped down.

The officers have more personal protective equipment such as masks and gloves for when they have to deal with the public at close range, including in arrests.

PPE was briefly an issue at the start of the pandemic, Power said.

“We were a little low early, but we never got to a crisis situation,” he said. “We got our stocks replenished in fairly good order.”

Officers now have access to either N-95 masks or the P-100 respirators masks, which were previously used for officers in areas where dense smoke from forest fires had caused serious air pollution.

The requirement to wear masks under certain circumstances means that officers have had to make one change – those who grew beards have largely had to shave.

Even if officers aren’t too worried about their own health, they have children or elderly parents and grandparents they might worry about infecting, so there’s moments of anxiety for some.

But overall, Power said the detachment is holding up well.

When it comes to worries that officers might be exposed to pathogens, the RCMP has been through HIV and hepatitis C scares in the past, said Power.

Crime hasn’t gone away, which means local Mounties must still do their regular jobs.

There have also been changes to patrol schedules and areas, and an increased use of bike and foot patrols in urban areas. Crime dipped only briefly, and there have been a few more domestic calls with people cooped up inside together, Power noted.

The local Mounties have also been getting a positive response from the people they do see out and about in the community these days, Power reported.

The respect flows from the RCMP to other first responders, too.

Power recently took part in one of the Friday night parades of vehicles past Langley Memorial Hospital, where police, fire, and members of the general public roll past in a salute to the nurses, doctors, and other health care workers.

“It brings a tear to your eye,” Power said of the event.

There were so many people there, including a big showing from tow truck drivers and Canada Border Service agents, Power said.

Police and firefighters got some thanks from health care workers in return, he said.

“People are being very, very patient,” he said.

“Let’s be proud of ourselves.” 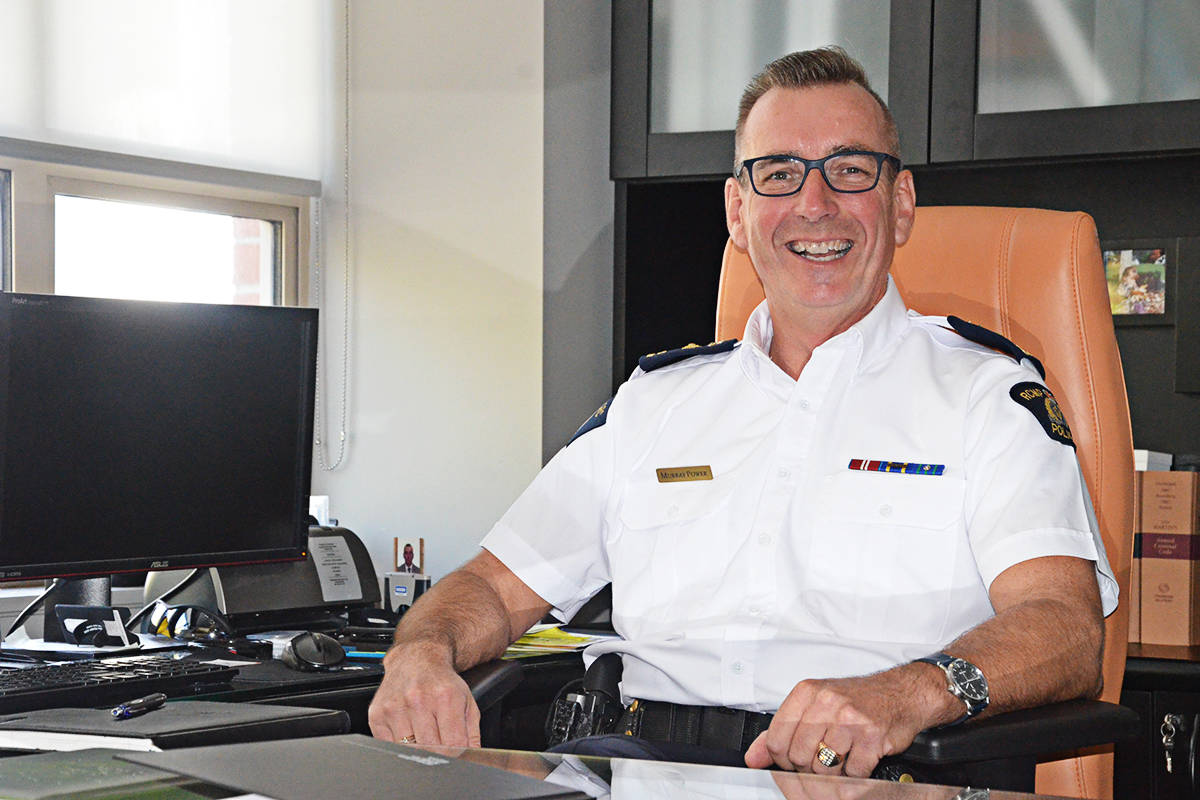 Langley firefighters: Geared up and ready to help