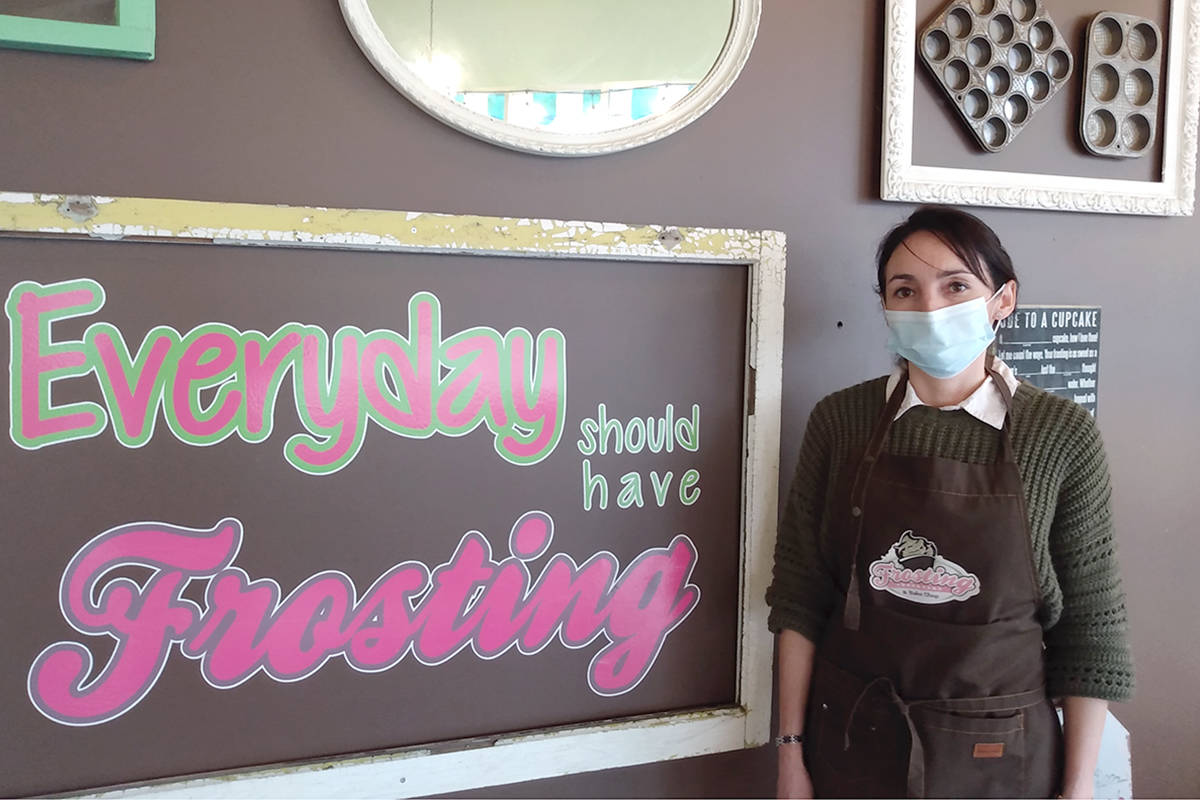 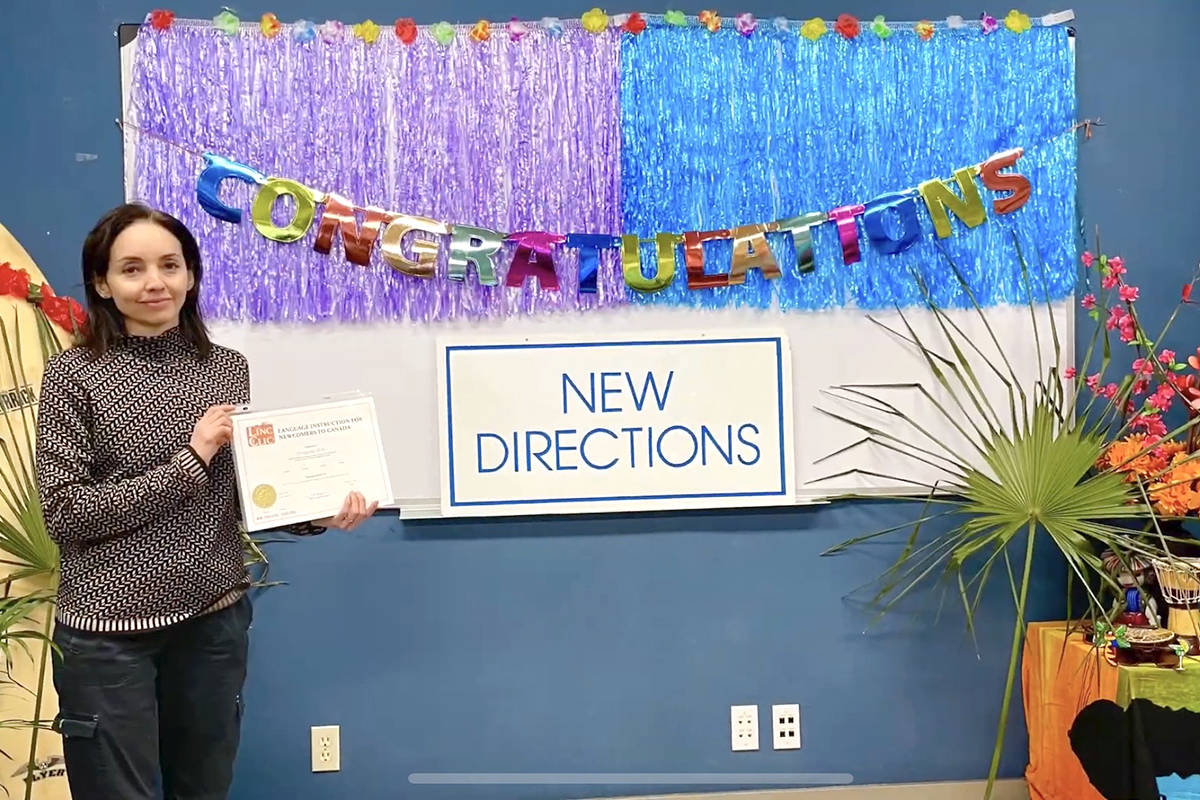 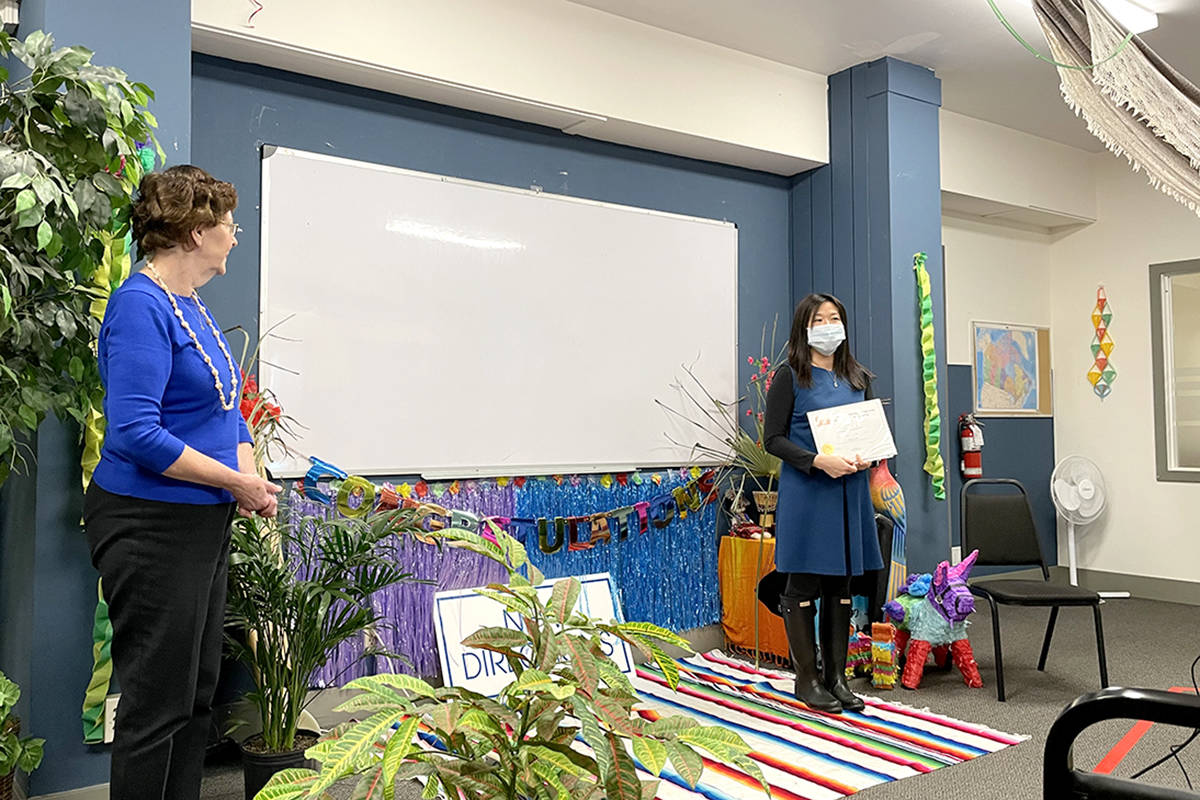 The pandemic has caused disruptions on many fronts, but these newcomers to Langley didn’t let it deter them from completing their English language training, with one recent graduate even opening the doors to her dream business.

New Directions Vocational Testing and Counselling Services Ltd. is part of the federal government’s Language Instruction for Newcomers to Canada (LINC) program and works with the community in Langley to support new permanent residents and refugees by helping them learn English.

Rather than interrupt students’ training last spring due to concerns of COVID-19, the school found a way to adapt, and thanks to those efforts, they celebrated 500 new graduates the last week of January.

Yvonne Hopp, founder of New Directions, said the school held nine different ceremonies over a four day period in a hybrid model of online ceremonies with three partial in person ceremonies with no more than three students at one time being presented with a certificate and listening to a pre-recorded video.

READ MORE: Founder of Langley ESL school started up in her backyard nearly 30 years ago

One particular student had more than one reason to celebrate.

“Jenifer [Gomez] was proud to achieve LINC 8 (the final New Directions program) and accept her hard earned certificate after coming to Canada [from Mexico] in 2013… ready to raise her family in a new country, but one her and husband had visited and dreamed about making home, Hopp said.

“She came with a dream of opening her own business, and this January she made that a reality.”

Gomez, the mother of two, opened the door to Frosting Cupcakery & Bake Shop (20411 Fraser Hwy.) in Langley City the same week she graduated.

“She told us that she decided to take LINC to improve her self confidence, fearing she did not have enough English to communicate with the customers and community in order to really succeed in her career,” Hopp recounted.

This year’s graduating theme song was ‘The Climb’ by Miley Cyrus.

“This perfect graduation song for our times inspired a host of community leaders to make reference to how difficult a year everyone had due to the challenges of COVID-19 and how proud each grad should feel after making the climb to learn English skills,” Hopp said.

“[I] closed each of the ceremonies expressing gratitude for the strong support these community leaders and institutions provide to the newcomers in their climb and journey to settle in Canada, and while they pursue English language skills to better equip them for jobs, community and family interactions,” said Hopp.

“The past year was a time when everyone learned more about themselves, each other and the world, hopefully with a view to making it a better place by building community and support systems – the way to become resilient in these times.”