From enlisting to fight in the Second World War to living in the times of COVID-19, Langley resident Bill Cutress has sure seen a lot in his lifetime.

Born in Calgary, Alta in 1920, Bill was in his teens when the family moved to a small house on Rumble Street in Burnaby.

After the war broke out in 1940, Bill and his two brothers joined the armed forces.

Bill went into the navy, serving on mine sweepers on the Atlantic, which escorted merchant ships travelling between Britain and Canada.

The ship he was on at that time, the HMCS Petrolia, was mid-Atlantic when they got the news.

He continued his service until VJ Day (Victory over Japan) was declared three months later.

With the war officially over, Bill left the navy, returning to Burnaby to his wife, Molly, and their two-year-old daughter.

On Friday, May 8, Bill turned 100 years old and was given a celebration to remember – social distance restrictions and all.

Daughter Linda Dunaway told the Langley Advance Times that COVID-19 had been difficult for her Dad – now a resident of Harrison Landing assisted living facility.

Dunaway had not not seen him since mid-February, and looked forward to the “special day” which had been kept a secret.

At 1 p.m., staff brought the birthday boy out on his balcony where he was greeted by fifteen guests singing Happy Birthday – later approaching the him in groups of two to wish him well.

READ MORE: “I love you – stay away” says Langley senior to family

He was dressed in his Legion uniform prepared for the Legion’s presentation of his 75 year pin.

Three members of the Aldergrove Legion turned out for this presentation.

Adding to the ceremony and also to the fun atmosphere of the day were two pipers and a drummer, all members of the Grade 3 RMM Pipe Band, which is part of the world champion SFU Pipe Band Organization.

“We sure had a lovely day for it and everything went well,” Dunaway said. “There were lots of friendly Langleyites honking their horns as they drove by and everybody, of course, enjoyed the pipe band.”

Dunaway expressed another thank you to the Harrison Landing staff who she said were “key to the day being a success.”

Bill and his wife Molly lived in Burnaby with their four children until separating in 1969.

While in Burnaby, Bill joined the Royal Canadian Legion, Branch 83, where he held various offices in the Legion over the years. Bill eventually married again and, with his second wife – also named Molly – moved to Langley in the 1980s.

Dunaway said her father enjoyed his life in Langley, puttering at home, building toy chests and rocking horses for children, and looking after their granddaughter.

Widowed in 2002, Bill moved to Countryside Estates on 204 Street where he lived until 2018 – later moving to his current residence at Harrison Landing.

“Always outgoing and fun loving, Bill has many friends and a loving family all wishing him well on his 100th birthday,” Dunaway said. “We had to keep the numbers down for this occasion, but we shall be including more people at a gathering when we are able to have one.” 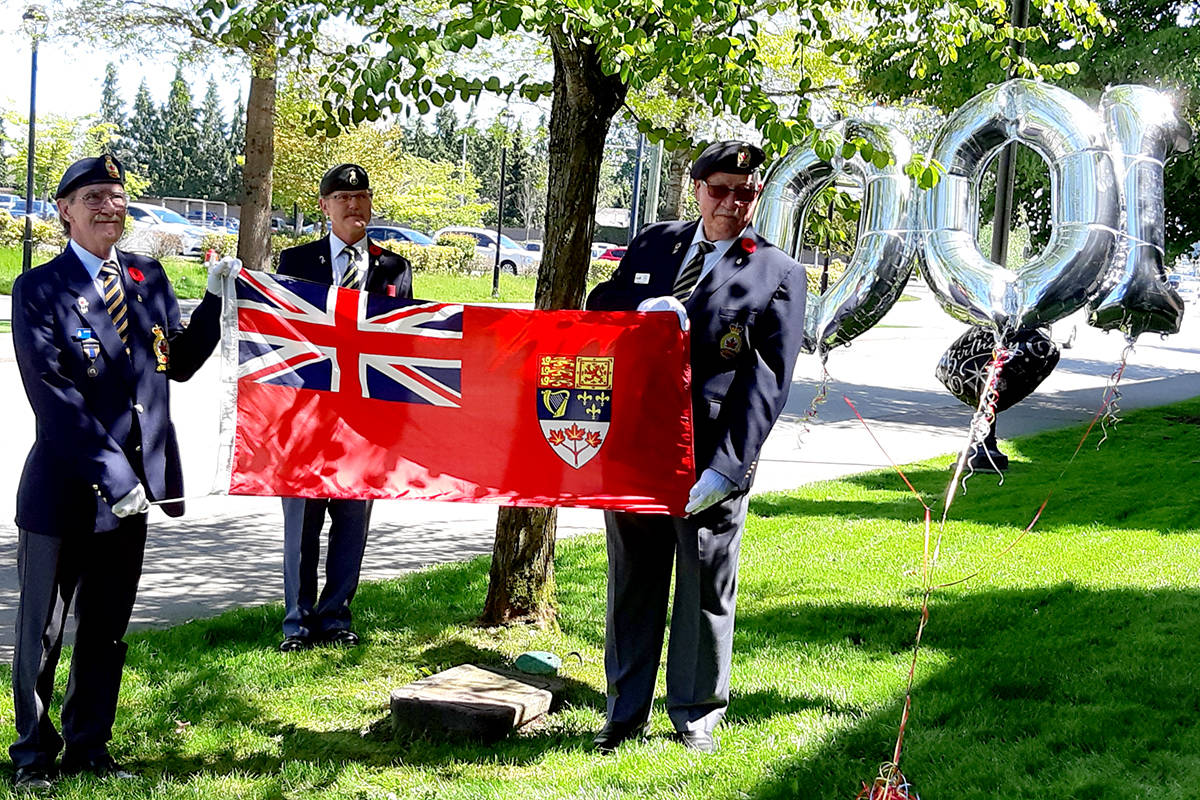 Readers share a few of their hopes and dreams