The first ever first ever Adoption Extravaganza AKA “A Summer Fur Fest” produced a packed parking lot and line-ups at the Patti Dale Animal Shelter in Langley on Saturday.

“We’ve had lineups for our puppies.”

By mid-day, more than 10 families had interviewed for an opportunity to take home one of the seven available mixed-breed puppies, born at the shelter to a female Mountain Cur and an unknown father.

“We’re hoping to have a large number of those (pups) spoken for,” Nelson said.

A decision about which families will adopt what puppies was expected by Thursday.

The shelter is also looking for homes down the road for dozens of kittens “that are not quite ready to go home yet” Nelson said.

The adoption initiative is a response to a larger than normal influx of cats, dogs, kittens and puppies, more than 100.

Nelson said the number of cats and kittens is at about normal for this time of year, but the number of dogs has been unusually high.

That’s because the facility has had a “tremendous” amount of surrenders where people were unable to continue care for their pet.

The shelter at one point had 32 dogs in care, the most anyone can recall.

A partnership was also formed with the City of Langley. In 2009, LAPS moved into a new, state-of-the-art facility at 26220 56 Ave. named after LAPS founding member, Patti Dale. 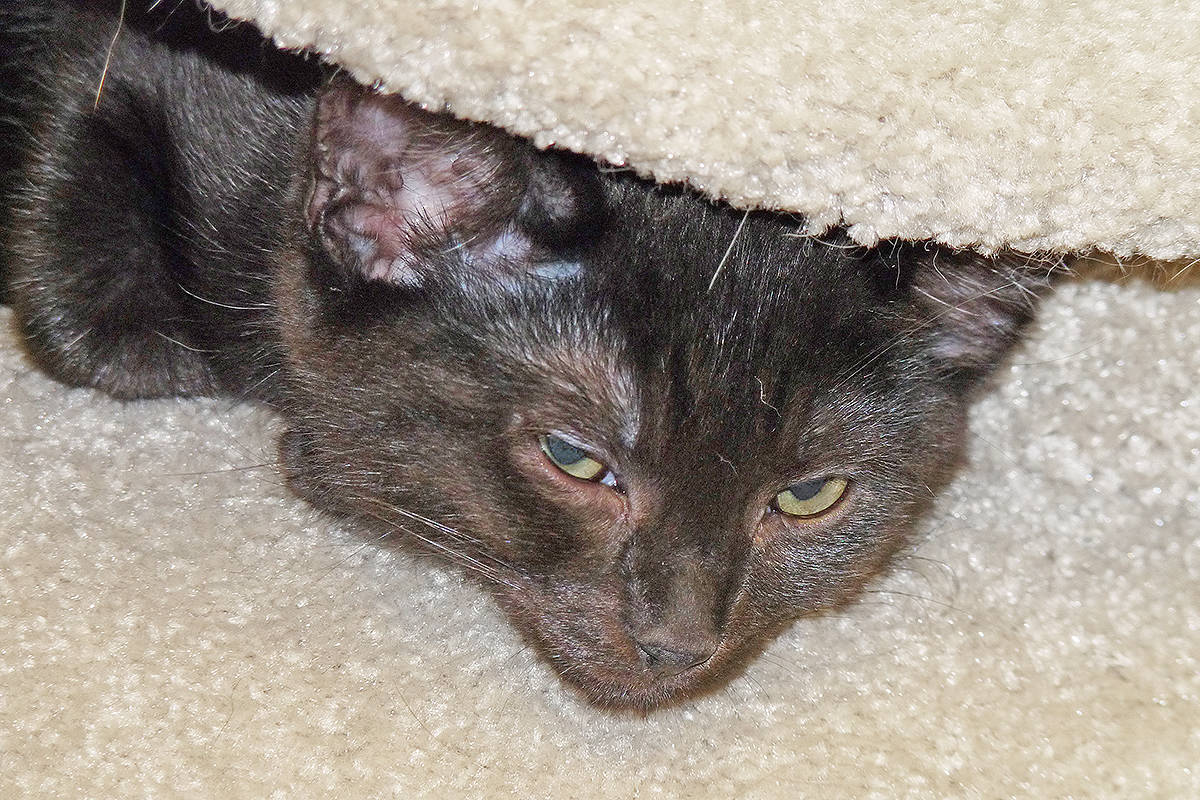 One of several kittens up for eventual adoption at LAPS. Dan Ferguson Langley Times