It’s a big goal – find a home for every cat and dog in Langley’s Patti Dale Animal Shelter by Christmas.

But the staff and volunteers of the Langley Animal Protection Society believe their I’ll Be Home For Christmas project can succeed, finding homes for approximately 130 animals before Santa arrives.

This will be the first attempt at a Home for Christmas project by the local animal shelter, although a few other shelters in the province have attempted it as well in the past.

LAPS executive director Jayne Nelson came up with the idea a few months ago, and work has been underway to prepare for the project ever since, said Drew Harkness, another LAPS staffer.

Preparation means making sure that all new kittens and puppies are spayed and neutered and have their shots, noted Schroeder.

Those hoping to take home a new four-legged family member can also help out by laying the groundwork on their end.

“We are hoping that people will pre-apply for adoption,” said Schroeder.

Applying in advance on the LAPS website means people can take home some pets right away from the shelter.

People can visit the shelter at 26220 56th Ave. to meet the various adoptable cats and dogs, with volunteers on hand to help.

Although there are home visits for dogs, cats can be taken home right away for people who have pre-applied.

Since the campaign officially kicked off last week, 14 animals have already been adopted and found new homes.

There are a wide variety of dogs and cats available – and one Muscovy duck named Flappy – in need of new homes.

Hannah and Shoshanna are a pair of cats who started their lives at LAPS and are now back.

The two siblings were found when they were just three days old, in a den in insulation on a construction site. After surviving the cold weather, the two cats were adopted out, but their last owner could no longer care for them, and the two cats are back at LAPS and in need of another home.

Because they’ve been together all their lives, LAPS is looking for a home that can take both of them in.

For dog lovers, there’s Mopsy, a larger dog with curly fur – she might be a Bouvier or possibly a labradoodle.

She loves to play fetch and to play with other dogs her own size, says staffer Ash Schulz.

“She is my absolute favourite, and I would take her myself if I could,” Schulz said. “She is a darling angel, and she deserves a home for Christmas.”

Also adoptable is Lulu, a tiny five-year-old kitten and another owner surrender. She’s been at the shelter for nine months, and purrs ferociously whenever she meets people.

Ultimately, if not every animal is adopted, LAPS will still have a place for them. But the shelter would like to find homes for all its animals this winter. 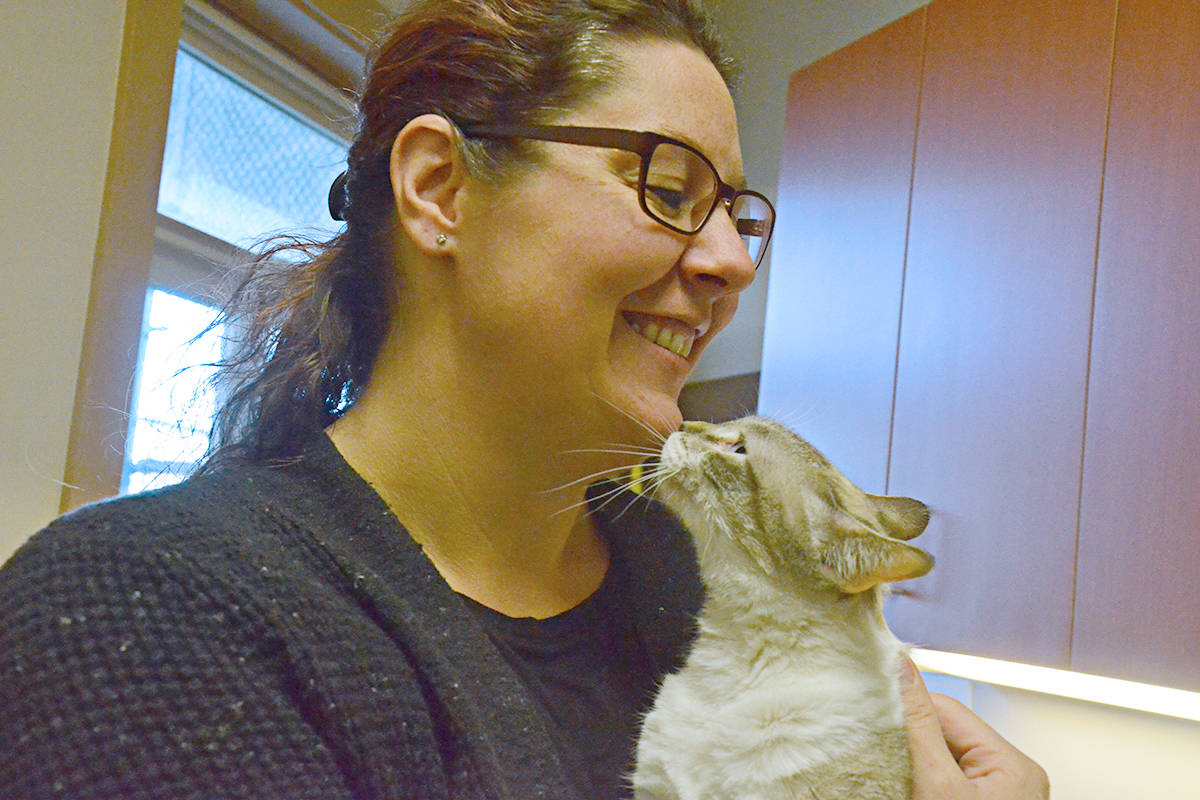 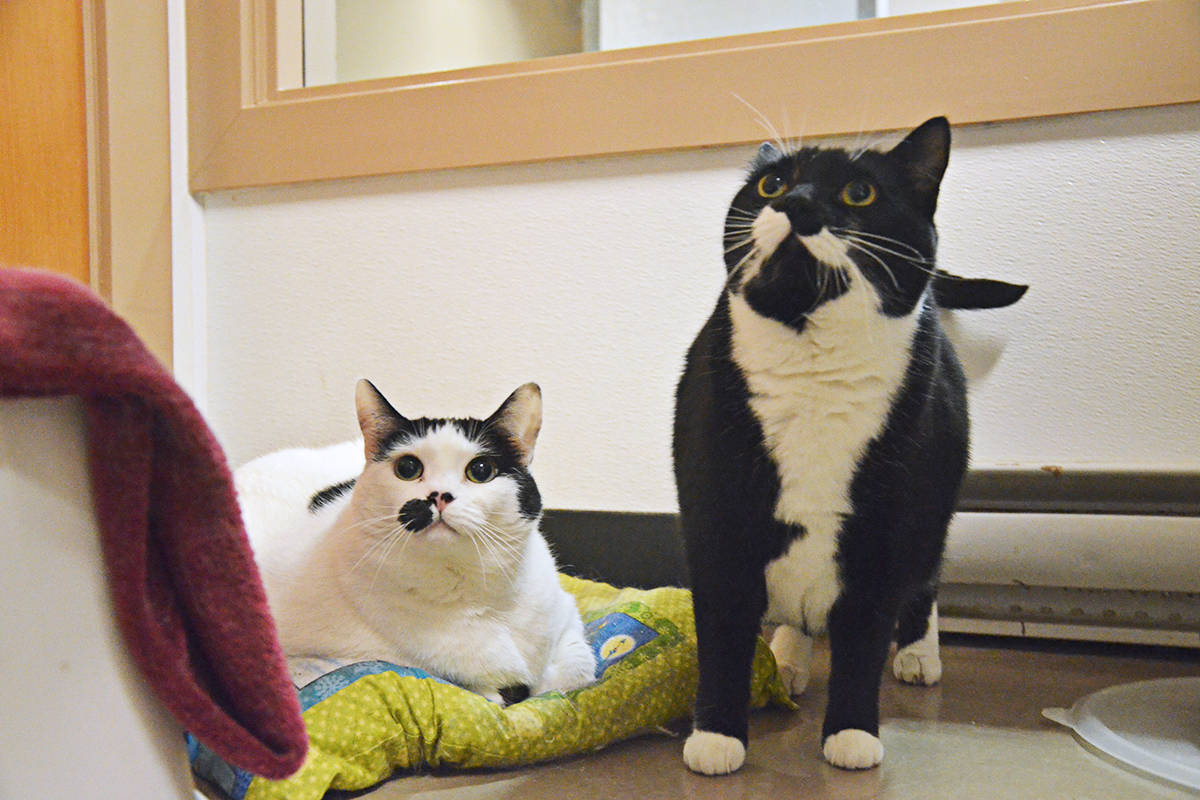 Hannah and Shoshanna are in need of a home. (Matthew Claxton/Langley Advance Times)