Aspiring to be a role model for her young child, J.L. Tauber pulled up roots in Alberta, moved in with her mother in Langley, enrolled in university, and took a huge leap of faith that has literally changed the course of her life – forever.

If there’s one thing this single mother wants her soon-to-be eight-year-old daughter, Aiya, to know, it is that she can dare to dream and always strive to make her wishes a reality.

As terrified as Tauber was, she pursued her dream of getting her degree in social work. And she’s now achieving it, set to graduate in June from the University of Fraser Valley.

It hasn’t been without hardships and sacrifice – especially time with her young daughter, Tauber explained.

And admittedly, she added, it hasn’t been without financial hardships, too.

Even pulling together needed money to put gas in the car, to get back and forth to school, has been questionable at times.

But days before her 39th birthday, Tauber received one of the best gifts imaginable in helping her realize that dream.

On Thursday night she became a recipient of a Live Your Dream scholarship from the Soroptimists International of the Langley, and further she was picked to receive a regional award – both accompanied by money aimed at helping offset her educational costs.

“While pregnant with my daughter, I lamented to a close friend that I could not go back to school because it would not be fair to my child-to-be, because I should have finished already,” Tauber told the crowd. She’d previously gone to university, but emerged with nothing more than massive financial debt.

“Without hesitation, he told me that was the stupidest thing I had ever said, and said that going back to university role models strength, resilience, and defies conventional norms,” Tauber said, recounting the conversation.

She had a vision of retraining to better provide for her family – in this case little Aiya.

“I know it sounds corny, but she totally changed my life.”

That drive to succeed and to become a role model for her little girl “is at the heart of so much of my decision making,” Tauber said.

“Rather than continuing to believe the narratives that I grew up with or heard, I would invoke my right to choose my fate. I would show my daughter that we can accomplish what is in our hearts.”

So, four years ago now, Tauber left Edmonton and the security of a government job to pursue her aspirations in B.C.

“Luckily, I believe that I have a bright brain between my ears with a lot of creativity to spare,” she shared with an attentive audience.

“I also believe that there are always opportunities to learn from circumstances that are not ideal or even painful, because there will always be another option or path. The belief that there are possibilities beyond the ones we’re given drives me forward.”

The Otter-area resident is now employed as a transition house worker for Ishtar Transition Society and aspiring to advocate for children as a child welfare worker with the provincial ministry. She also holds a vision of going her masters degree in the next couple of years.

“Either way, I will be accomplishing my goal, which is to be a role model for my daughter that her life can be lived from her heart.”

Tauber was one of three Langley women recognized and given a scholarship Thursday night during the Soroptimist’s annual Power of the Purse fundraiser.

She was joined by fellow students Jennifer Robinson of Aldergrove and Murrayville’s Sheryl Mathieson, who each received a Langley Soroptimists grant, as well.

Presenting these scholarship is in keeping with the purpose of the Soroptimists, said event co-chair Caroline Parker, The women’s service group strives to improve the lives of women and girls in local communities and throughout the world, with a financial shot in the arm of $1,000 to $3,000.

Similar grants are given all over the world by Soroptimists chapters, helping women who are single heads of households and seeking to return to school.

Each year, more than $2.1 million in educational grants are awarded to nearly 1,500 women, many of whom have overcome enormous obstacles, including poverty, domestic violence, and/or drug and alcohol abuse, said Parker, who has been a Soroptimist for 20 years, and co-chair of the Power of the Purse for two

As the top award recipient in Langley this year, Tauber also become eligible – alongside top winners from Soroptimists chapters throughout Western Canada – for an additional (US) $5,000 regional award. She was not only given that added grant on Thursday, but informed that her application now advances to the next level, and will be considered to possibly receive one of three international awards of $10,000.

The grants were only a segment of Thursday night’s festivities, during the annual Power of the Purse fundraiser at Newlands Golf Course Thursday. The sold-out event, with more than 140 in attendance, was expected to raise a similar amount as last year – $6,000.

Last year, the money raised through the sale and auction of purses and jewelry went to Ishtar Women’s Resource Society. This year the money is earmarked for a breast ultrasound probe for Langley Memorial Hospital’s mammography clinic. 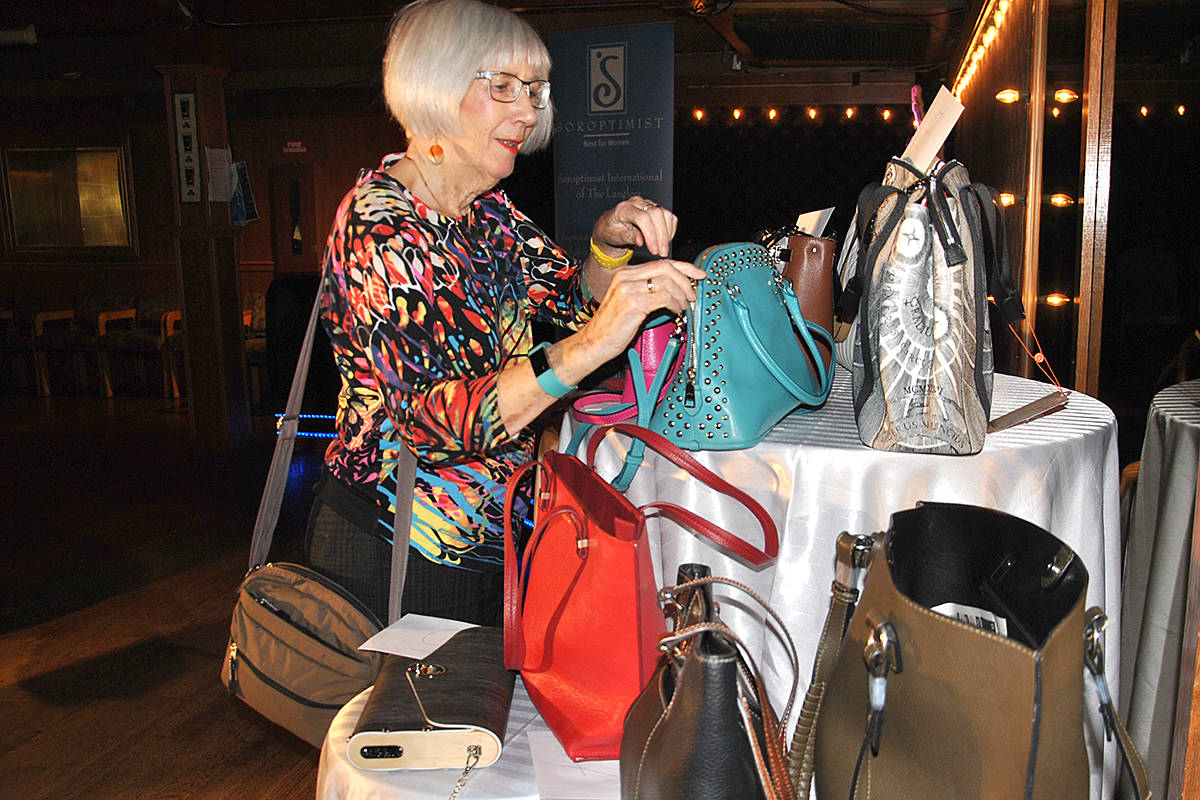 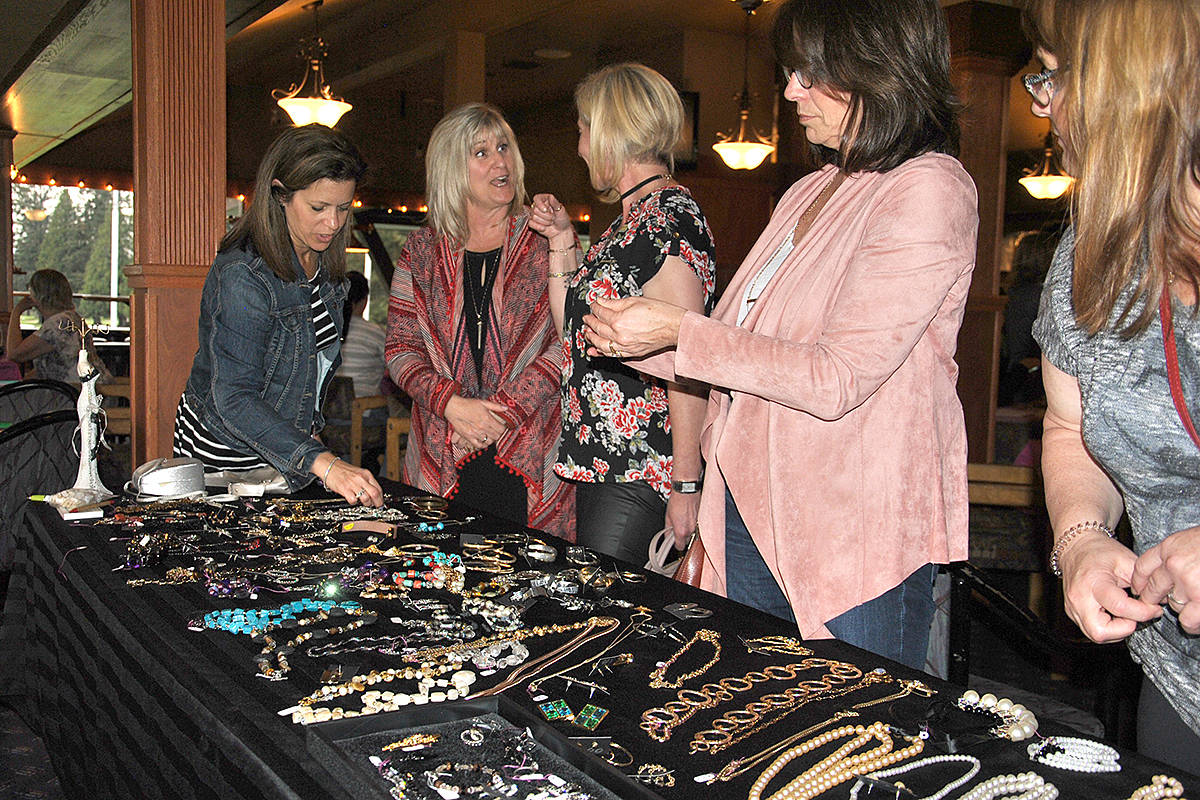 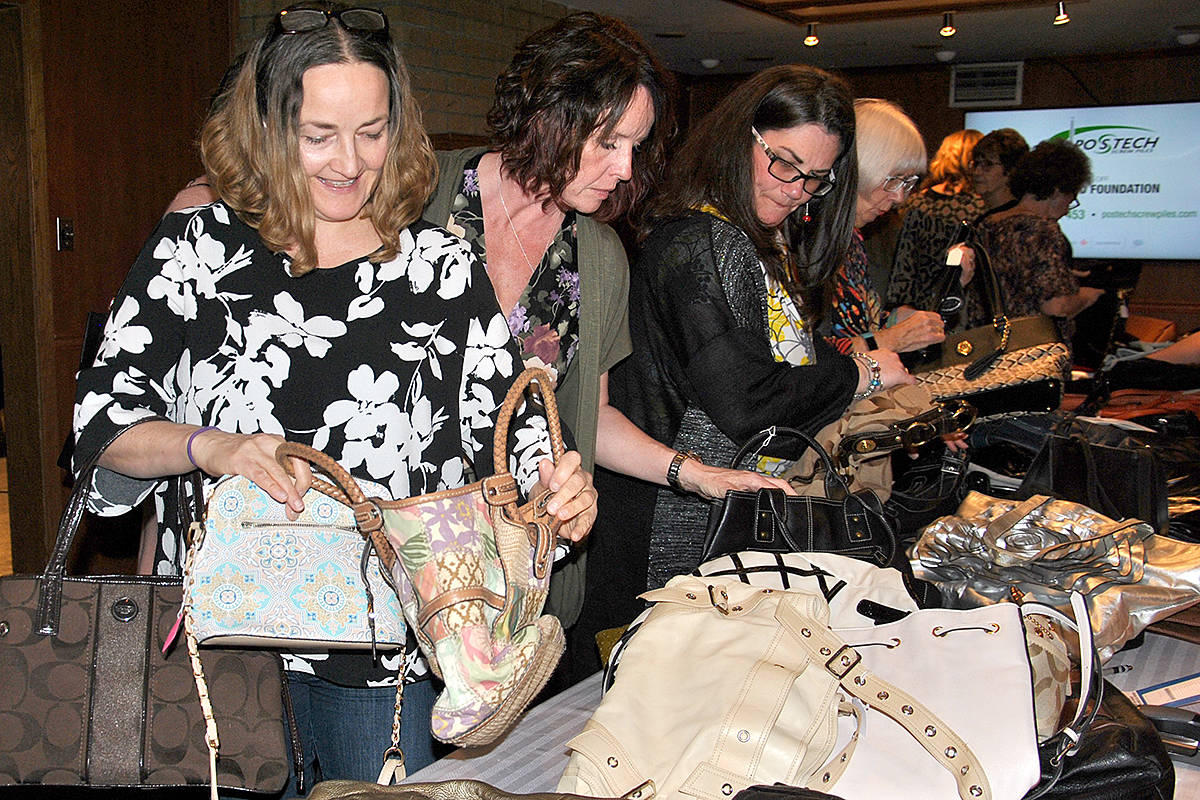 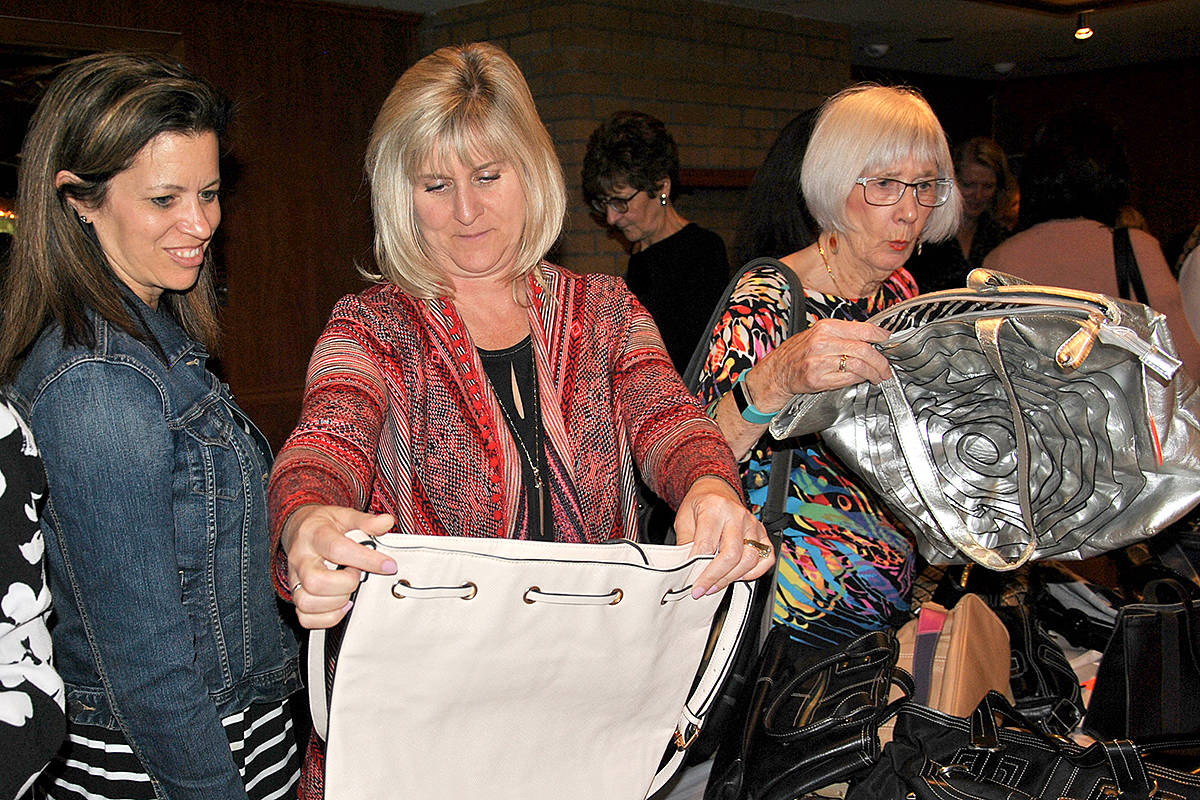 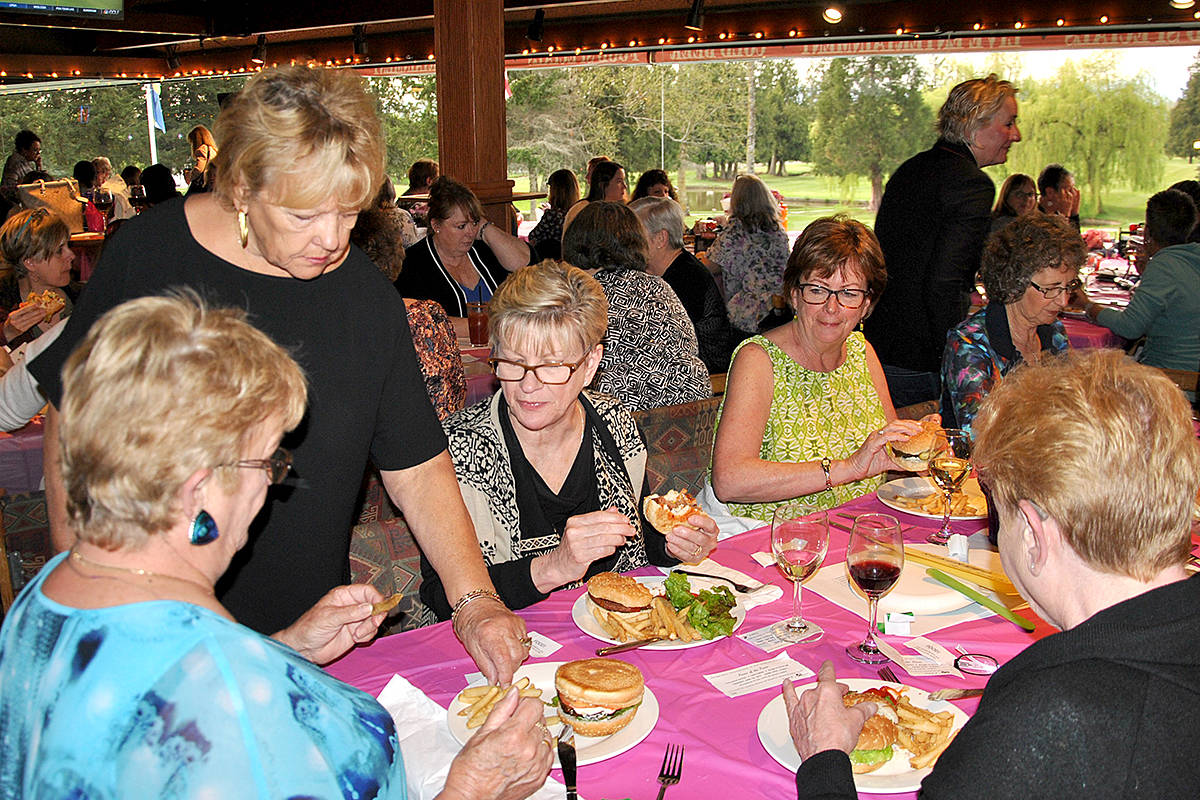 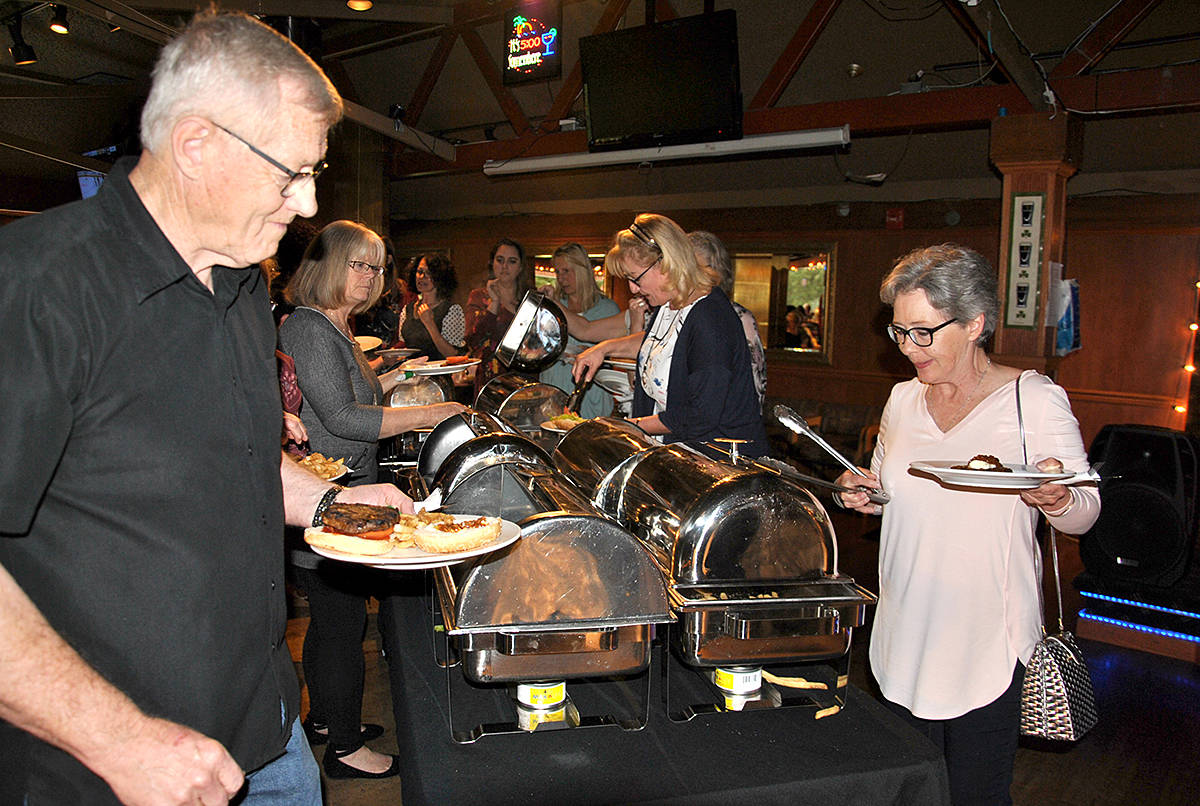 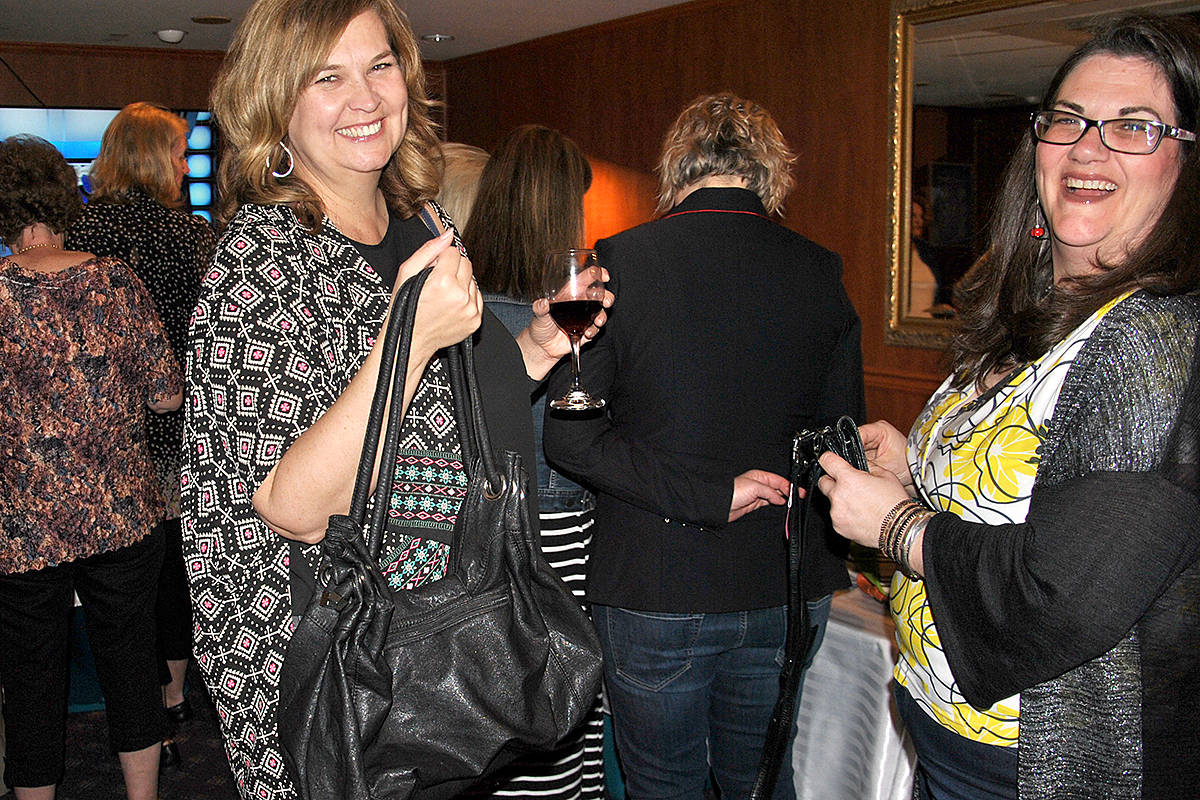 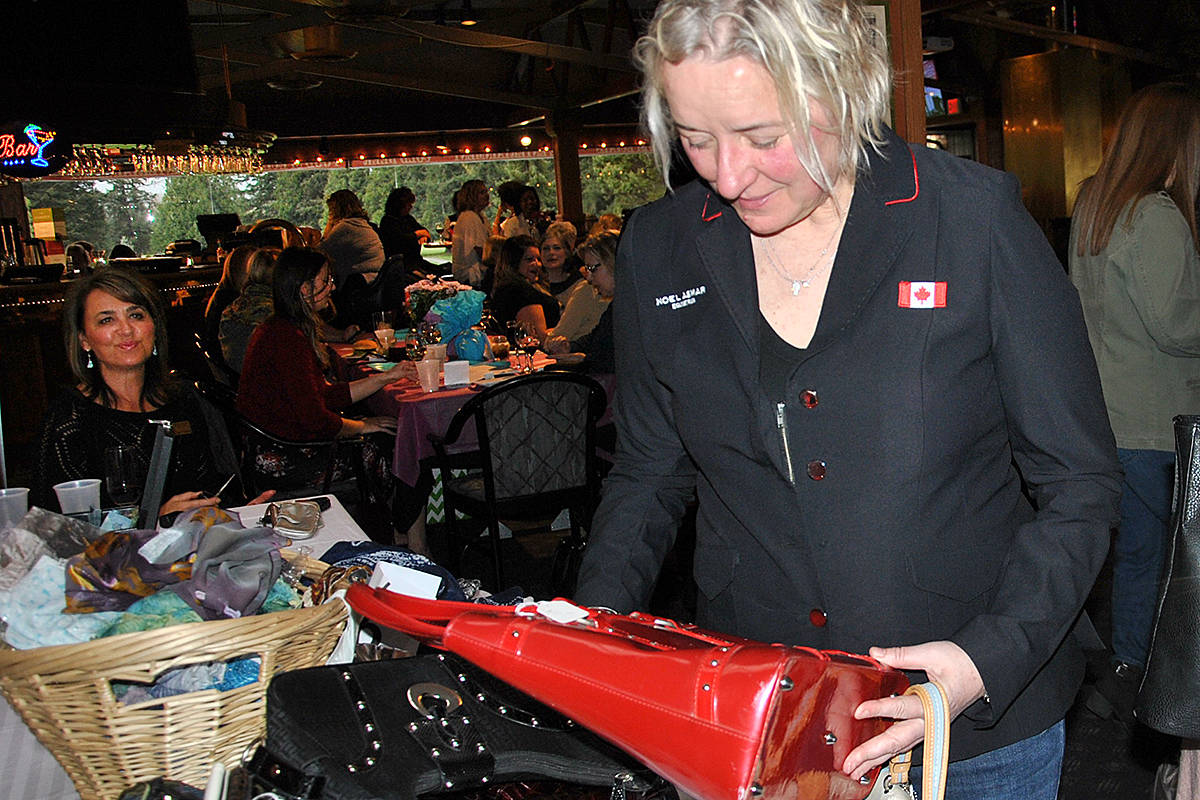 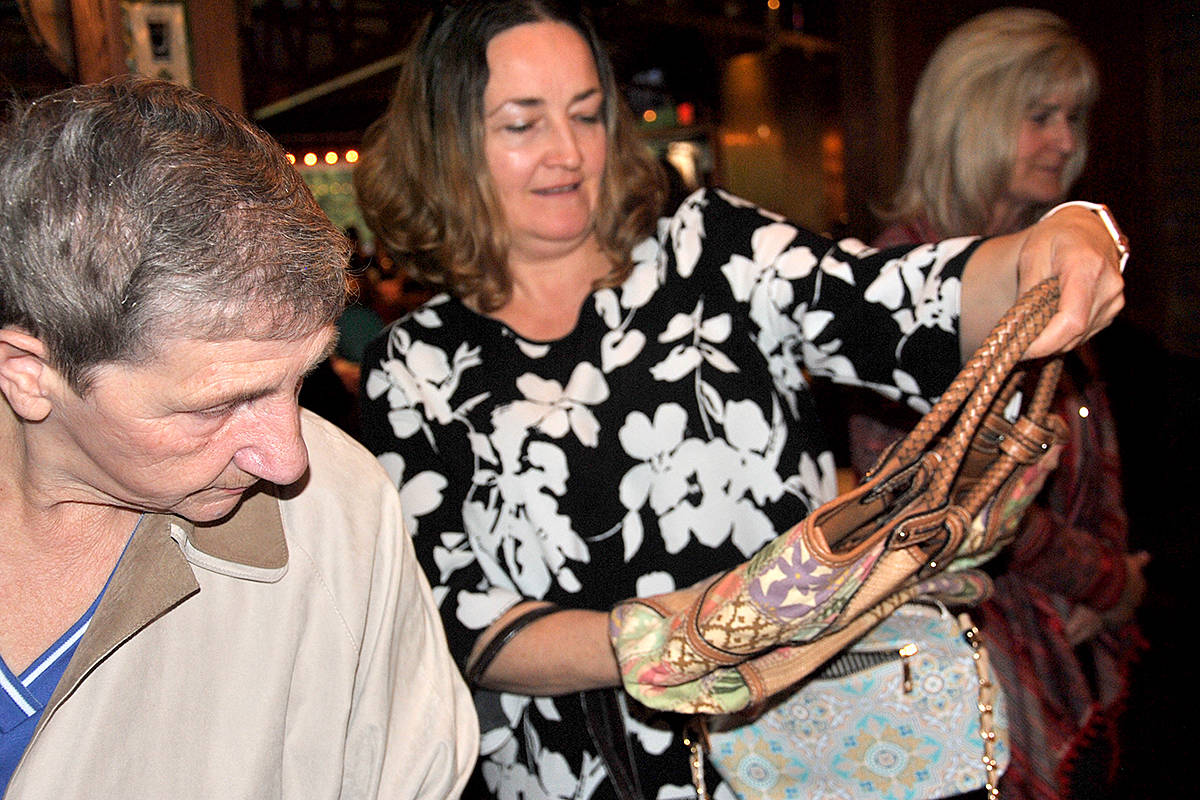 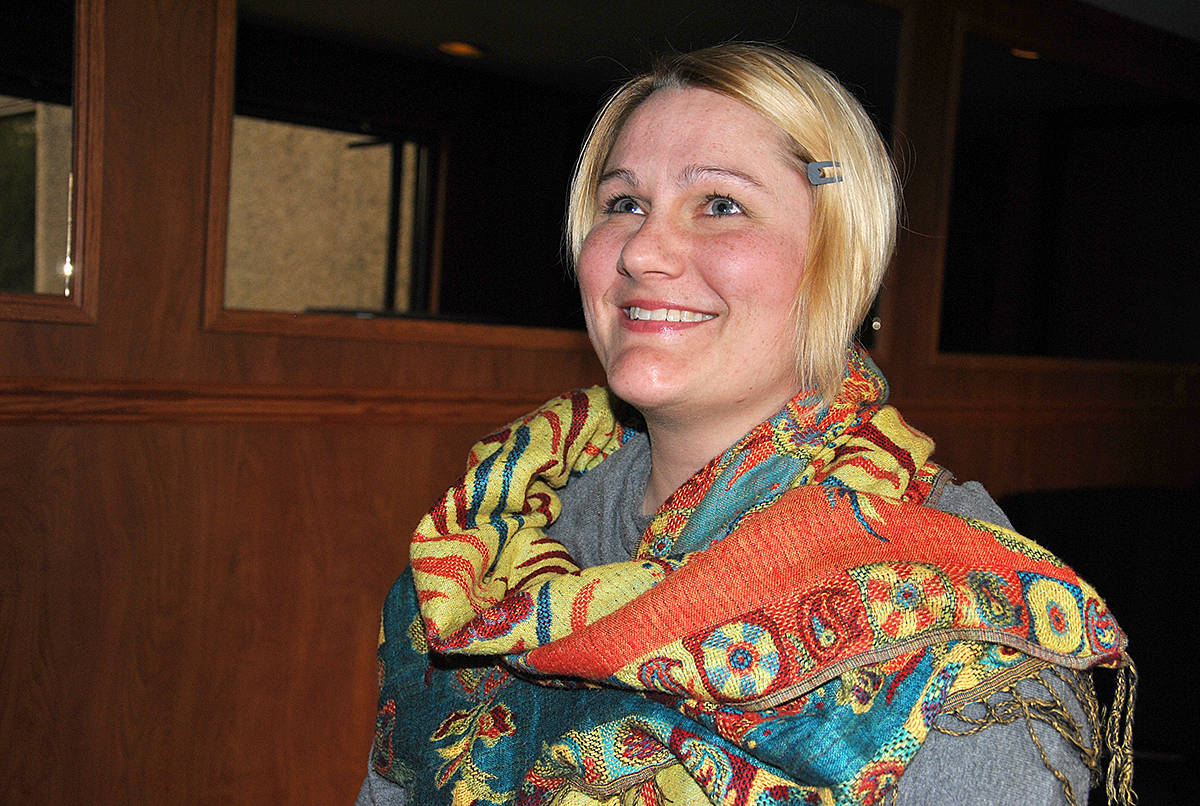 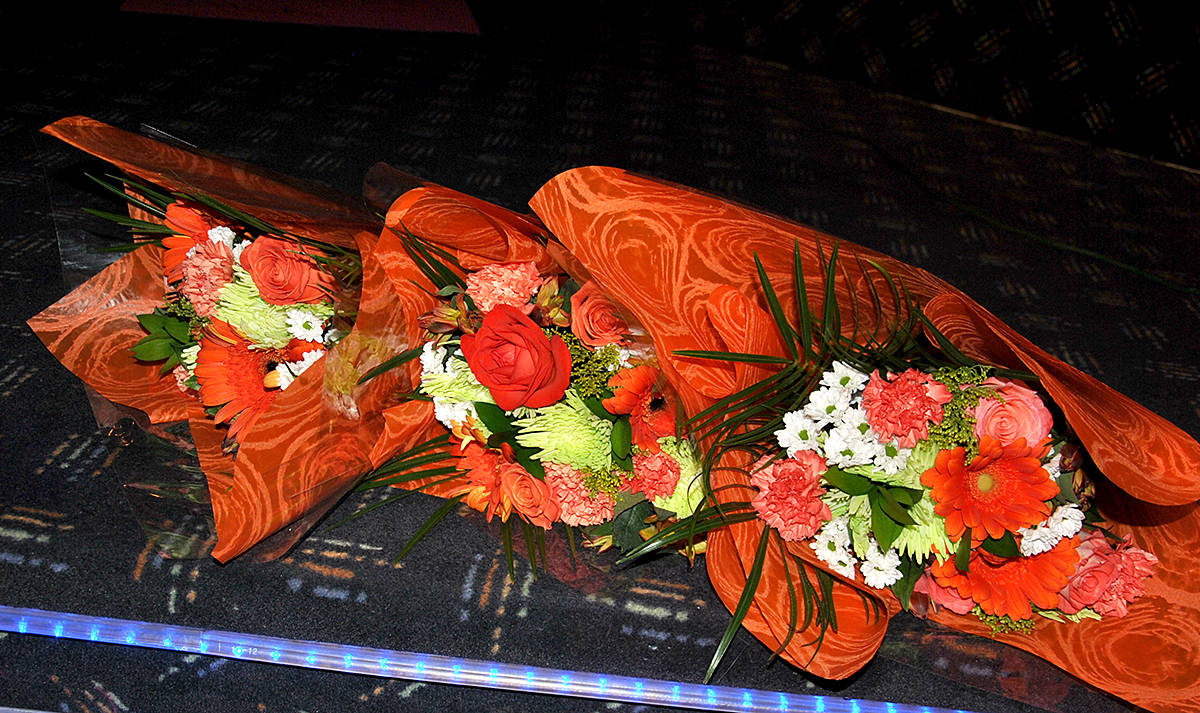 Good golfers are welcome, but all levels play at Langley seniors events