In total, nine cubic metres of the invasive plant were removed, which is equivalent to the volume of 56 bathtubs.

Invasive Himalayan blackberries didn’t stand a chance, with many students remarking, “this is fun” and “I could do this all day,” as they cut brambles and dug up stubborn roots. A few students described the roots as “potatoes” because of their large size and weight and shouted “another potato” every time a root was removed.

Cooler temperatures and light rain did not dampen the enthusiasm of these youth, who were excited to spend the day outside making a positive impact in their local park with their classmates.

“In addition to improving environmental health at Routley Park, these youth were able to get exercise outdoors, try something new, work together as a team, and connect to nature,” said Ashton Kerr, program manager at Lower Mainland Green Team.

“Additionally, they were able to experience the mental and physical health benefits of being out in nature including reduced levels of stress and anxiety, and improved mood, memory and focus,” Kerr added.

Next, the charitable group will engage a total of 120 Grade 5 students from Richard Bulpitt Elementary School at James Anderson Park on Monday, Nov. 21 and Thursday, Nov. 24. 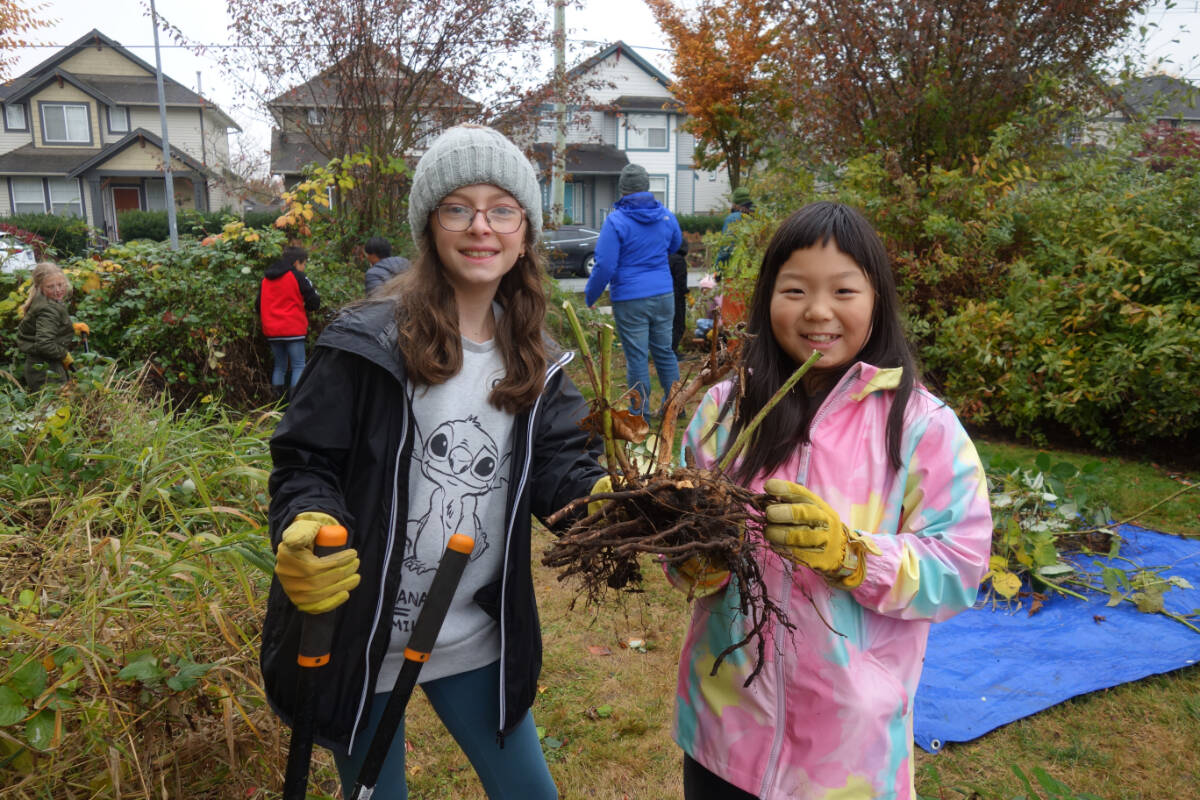