[Shortly before her 105th birthday on Oct. 25, 2020, Mary was admitted to hospital with a blood infection, according to her obituary. While she was able to return home, the woman who had lived during two global pandemics and so many other key moments of history remained frail. She passed away Dec. 18, 2020.]

Mary Foote (nee Hughes) and her brother, Bill, and sister Elizabeth used to walk to school but it was no ordinary trek.

Back in the 1920s, the children ran a trap-line on the way to and from school in a rural community. They gathered up enough pelts on those walks to buy the family its first radio at a cost of $132.

The family was living in a remote area near Fort George at the time. Mary was born Oct. 25, 1915, at Moore’s Meadow near what is now Prince George but was then called Fort George.

Mary, a Langley City resident, is about to turn 105.

The Hughes family moved from that area to the Mud River Valley from 1919 to 1929. In 1934, they landed in Wells/Barkerville where Mary helped run a general store, C.H. Hughes & Son, selling supplies to the miners of Barkerville. She still has the gold scales she used accepting gold dust and nuggets as payment.

It’s also where she met and married Bill Davies. When the Cariboo Gold Quarts and Island Mountain mines became depleted and miners left the area, Mary and Bill moved to Aldergrove where they farmed for many years until Bill’s passing in 1966. The farm was across the road from the naval base in Aldergrove.

“We used to sell eggs and some milk because we were shipping them as part of our living,” she explained.

They had cattle and chickens with the dairy cows their main source of support. Farm life is all about hard work.

She recalled what the place was like when they first arrived.

“When we bought the place, it didn’t have very much land cleared so that was one of the things, when we had nothing else to do, we’d chop down the extra trees and make room for gardens,” she said. “… It was an interesting life anyway, if nothing else.”

Mary was very involved with the Aldergrove United Church, Royal Purple, and daughter’s (Edith’s) school life and activities. Mary sold the farm in 1967 and moved to White Rock to care for her mother.

Today, Mary can look back over a lifetime.

It’s that life full of hard work that played a key role in her reaching that milestone but that’s not the only factor, she figured.

“Well, I guess I just have lived a good healthy life,” she said. “Had a lot of good luck.”

Her daughter, Edith Olson, recalled her mother had a unique snack for part of her adult life – vodka-soaked raisins.

“I don’t think it did me any harm,” chuckled Mary.

While too young at age three to remember the Spanish Flu global pandemic, she has some thoughts on what the world is going through in 2020 when asked about what she thinks may happen in the future.

She was able to live with her daughter for the first four months of the pandemic but is now back home in her Langley City complex, living isolated from the outside world but enjoying the activities and opportunities within the complex.

COVID-19 hasn’t stopped her from still wanting to help others. For a fifth year in a row, Mary was the oldest Canadian Gutsy Walk participant. Crohn’s & Colitis Canada held a virtual walk Aug. 23. Mary’s walk was in front of Evergreen Timbers where she lives, with residents cheering her on from their balconies. Her walker was decorated with balloons and the Crohn’s & Colitis flag. Edith, and son in-law Clarence walked with her all wearing their Team TP shirts.

Mary, born in the era of the horse and buggy, now sees the youngest members of her family surrounded by technology, a stark contrast to the childhood she experienced.

“It’s pretty wonderful, you know,” she said. “The kids have good things to look forward to in this life, don’t they.”

She said kids in her youth didn’t have many toys.

“We made up our own fun, so to speak. We lived not far from a river so through the summer we used to do a lot of swimming,” Mary said. “…It was a happy time in our lives.” 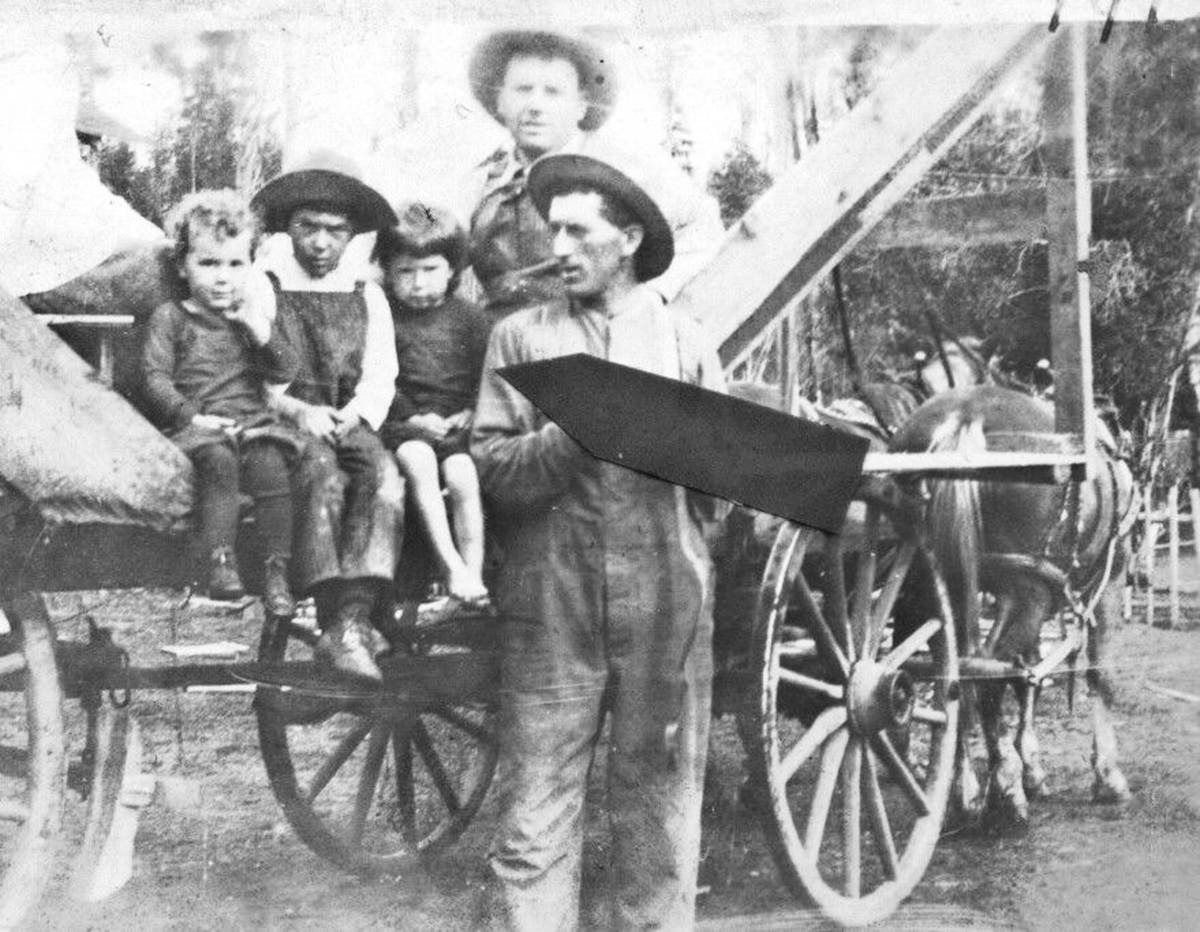 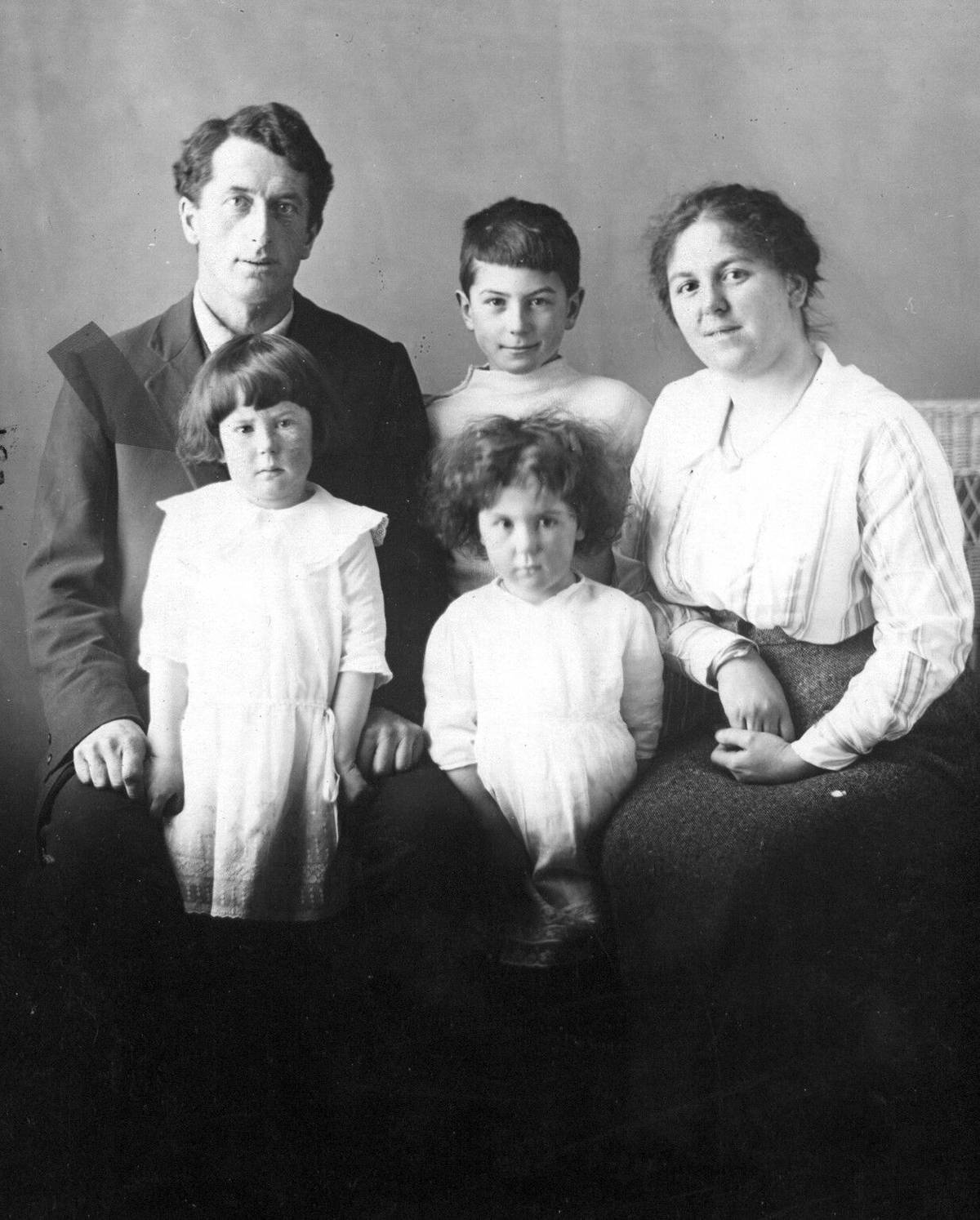 Mary (Hughes) Foote with her parents and siblings a century ago. She’s standing in front of her father. (family photo) 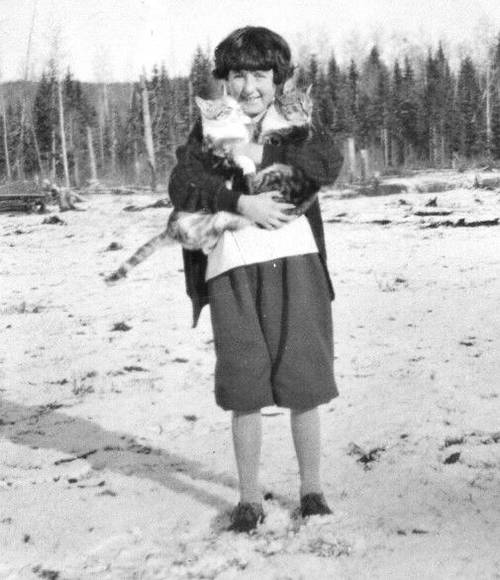 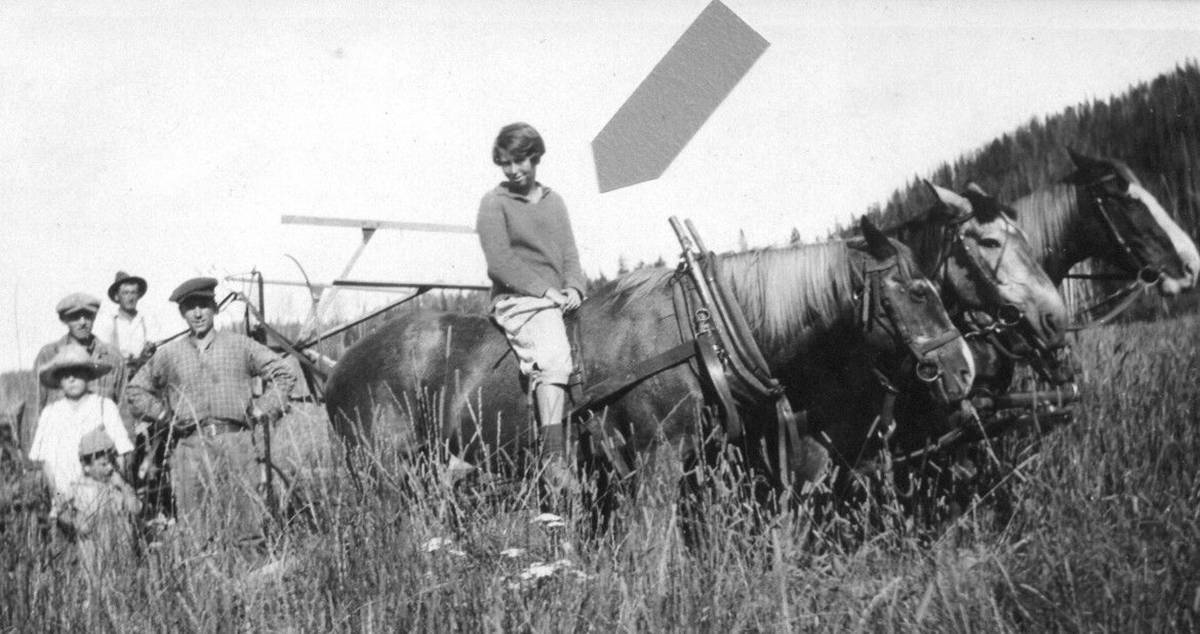 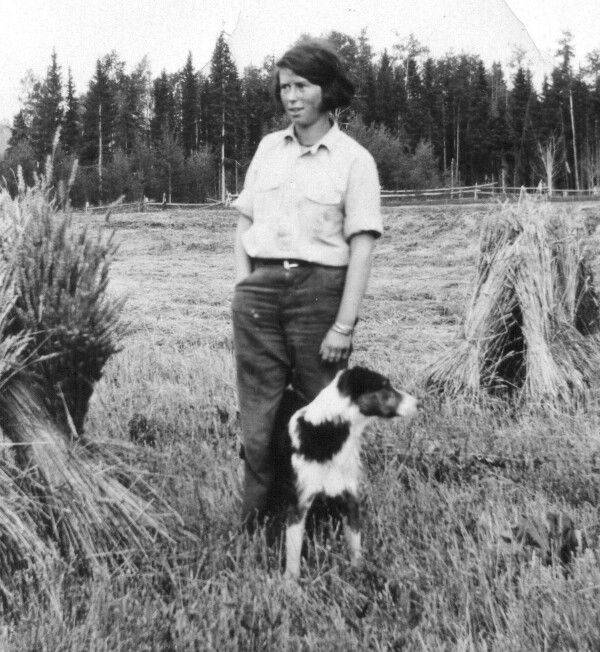 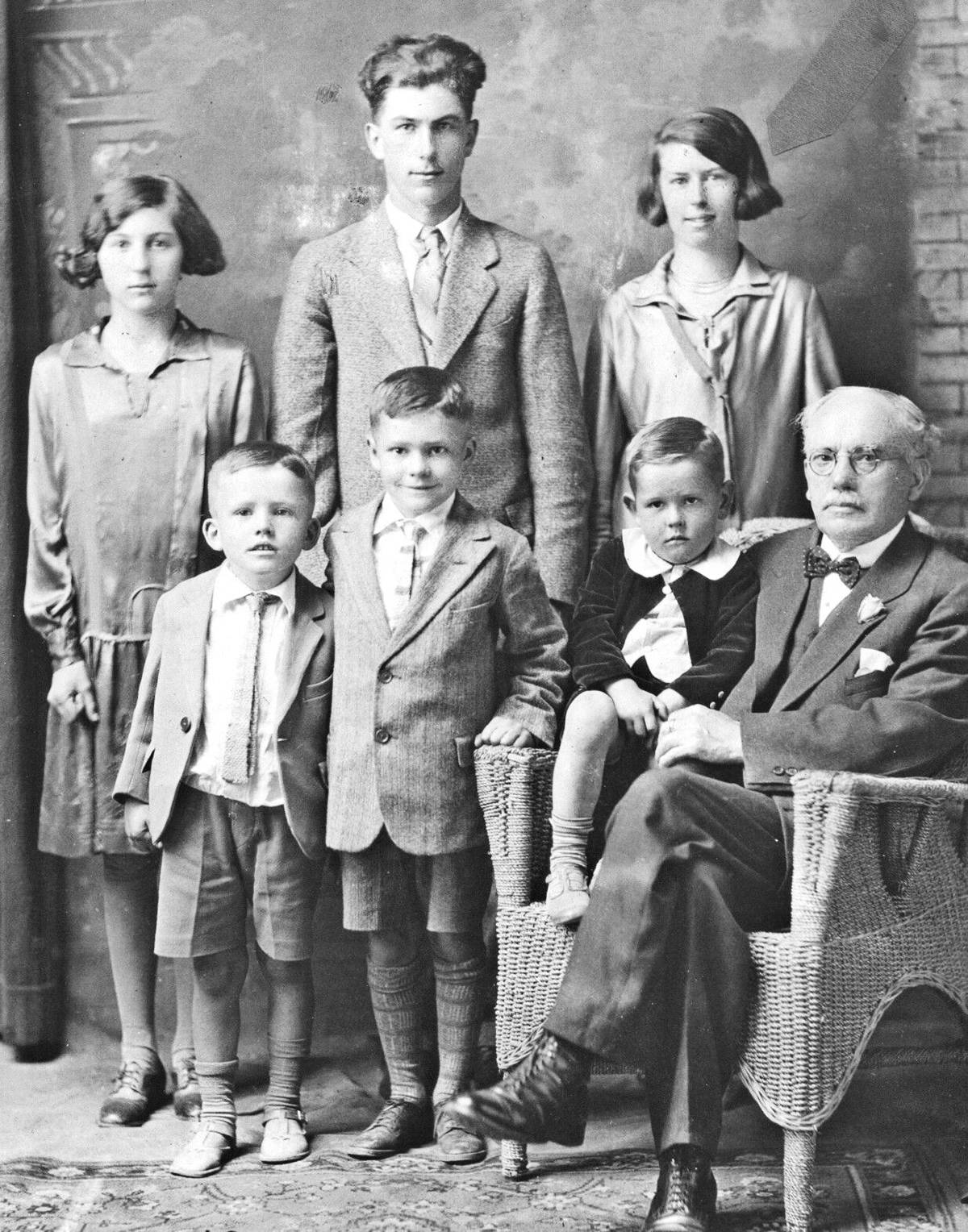 Mary (back right) and her siblings and cousins were photographed with their grandfather when he visited from Wales in the 1920s. (family photo) 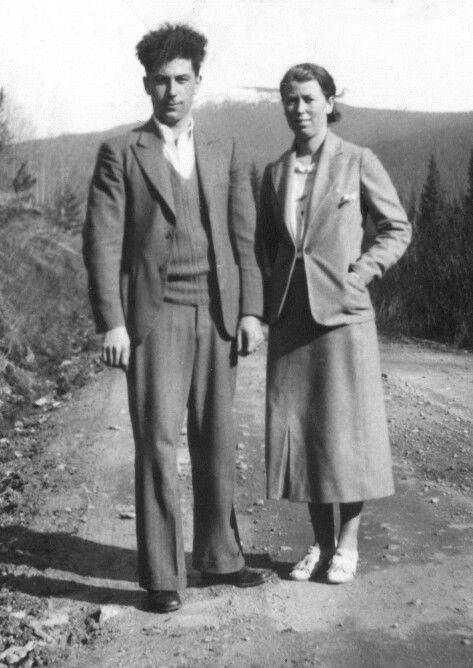 Bill and Mary Hughes grew up in the B.C. Interior. (family photo) 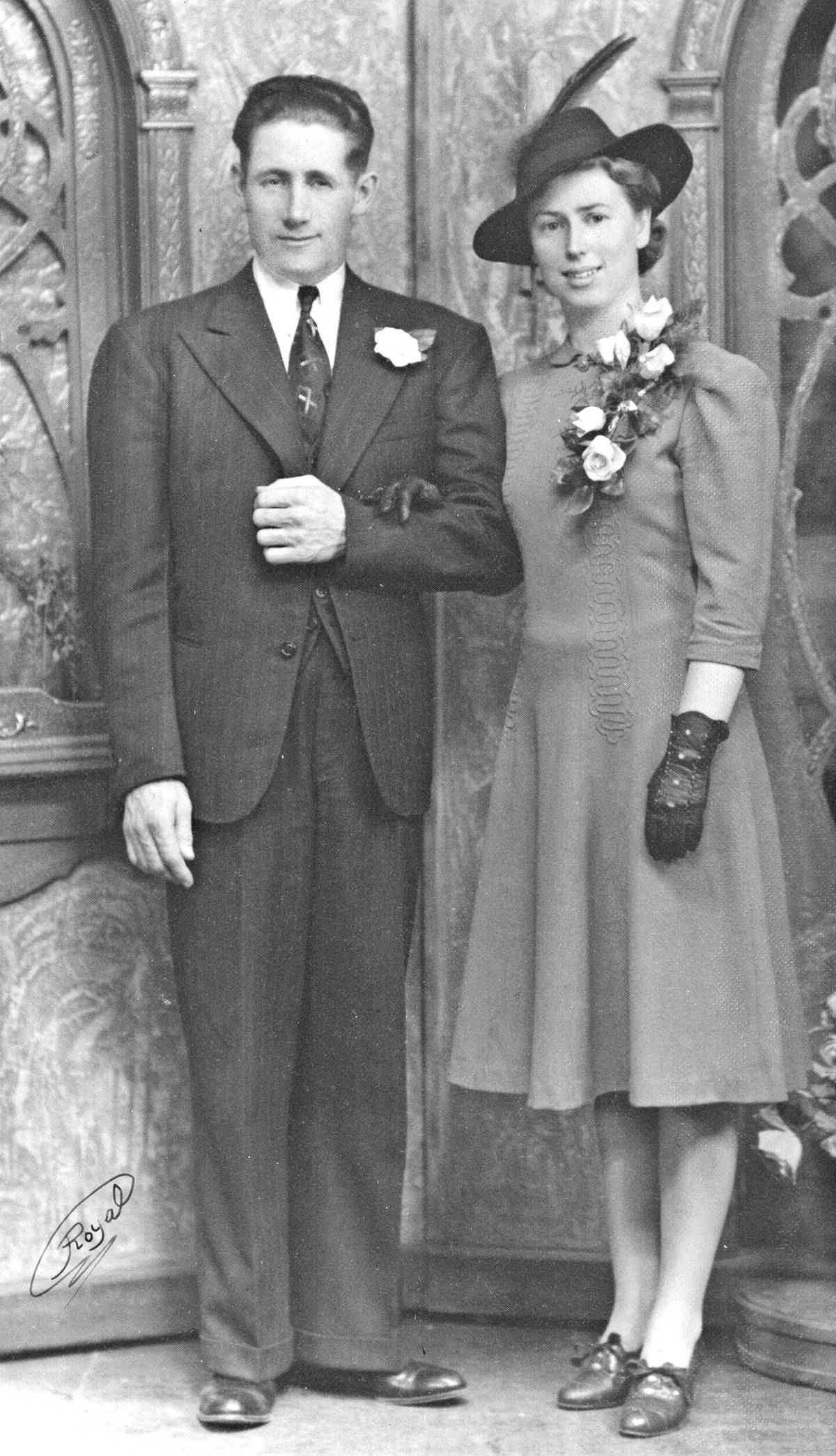 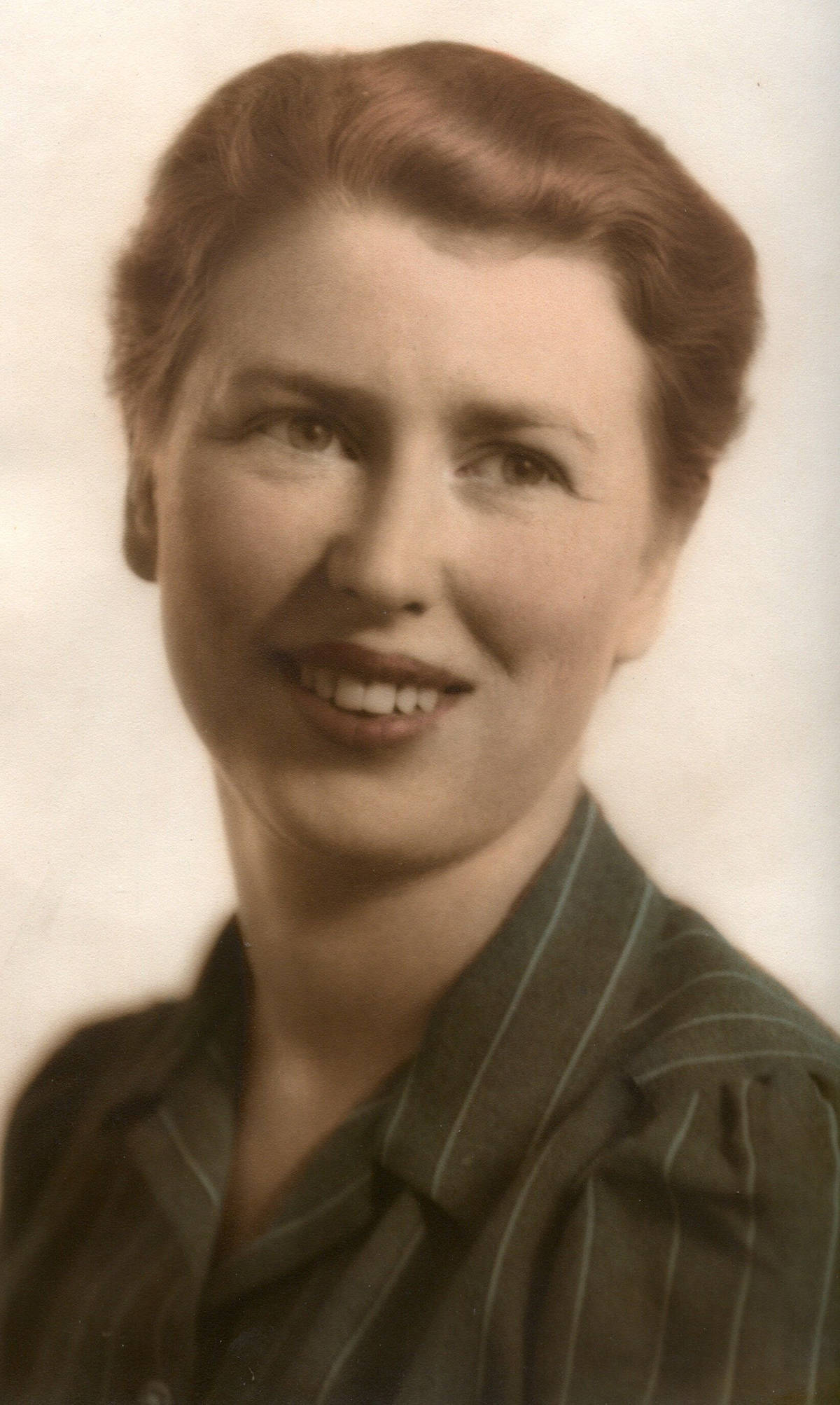 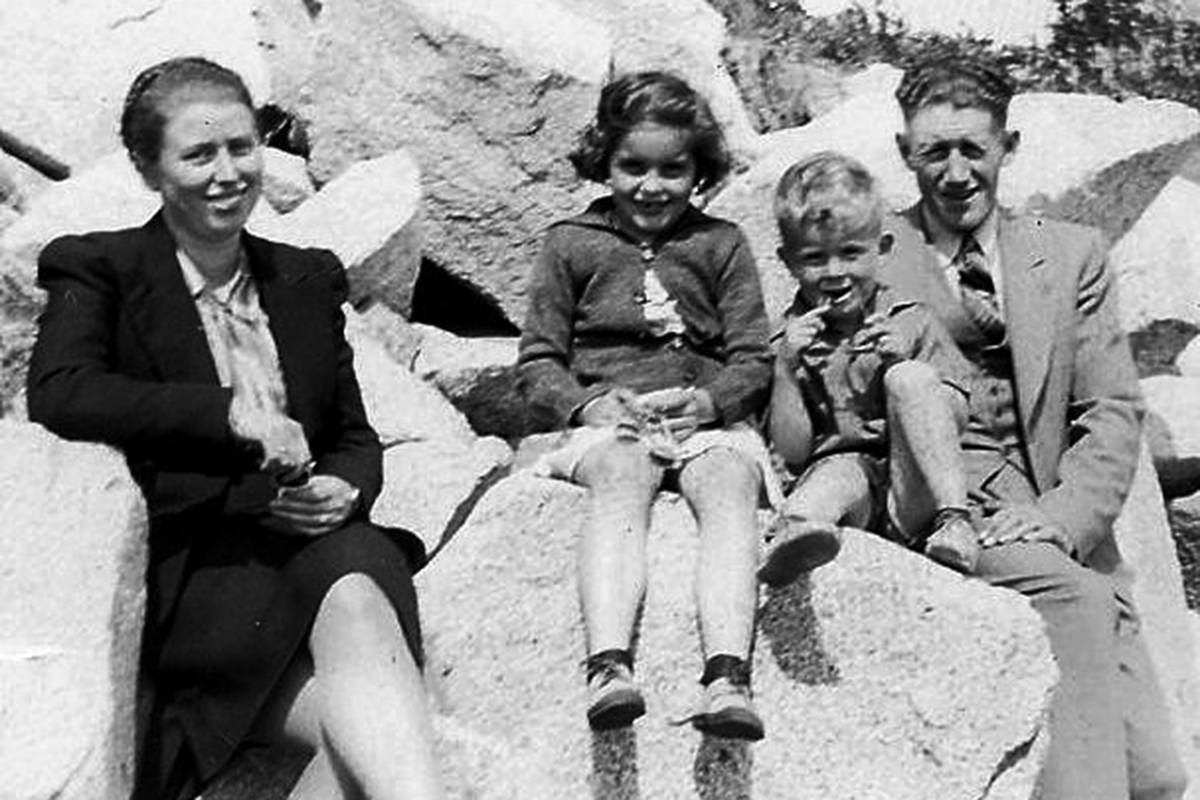 Mary and Bill Davies with their niece and nephew at White Rock. (family photo) 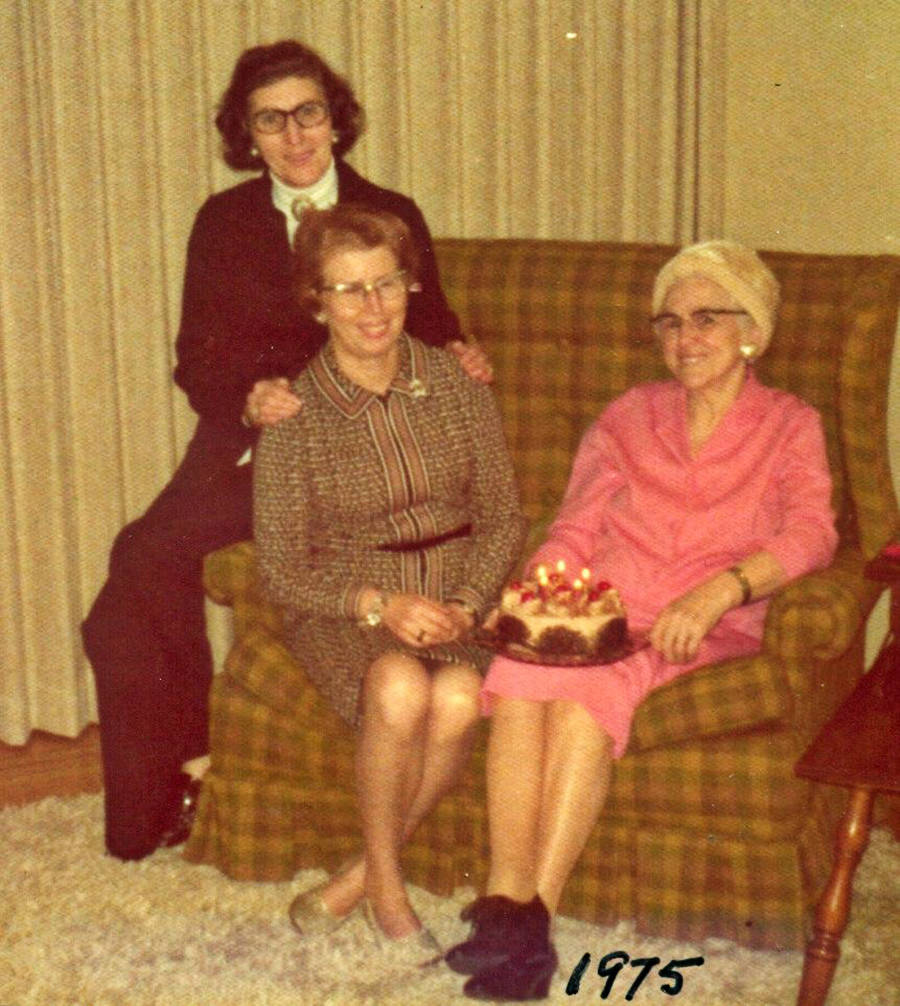 Elizabeth and Mary with their mother Mabel. (family photo) 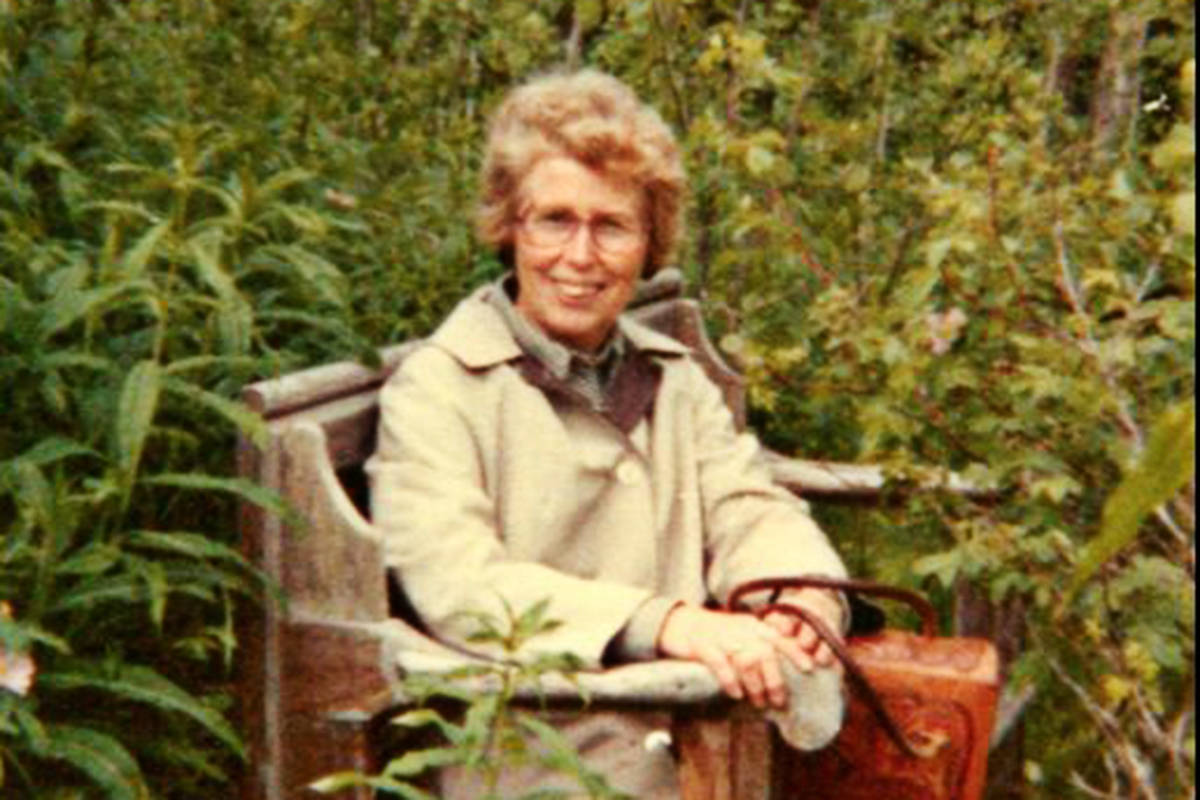 Mary Foote returned to the schoolyard of her youth in the 1980s. (family photo) 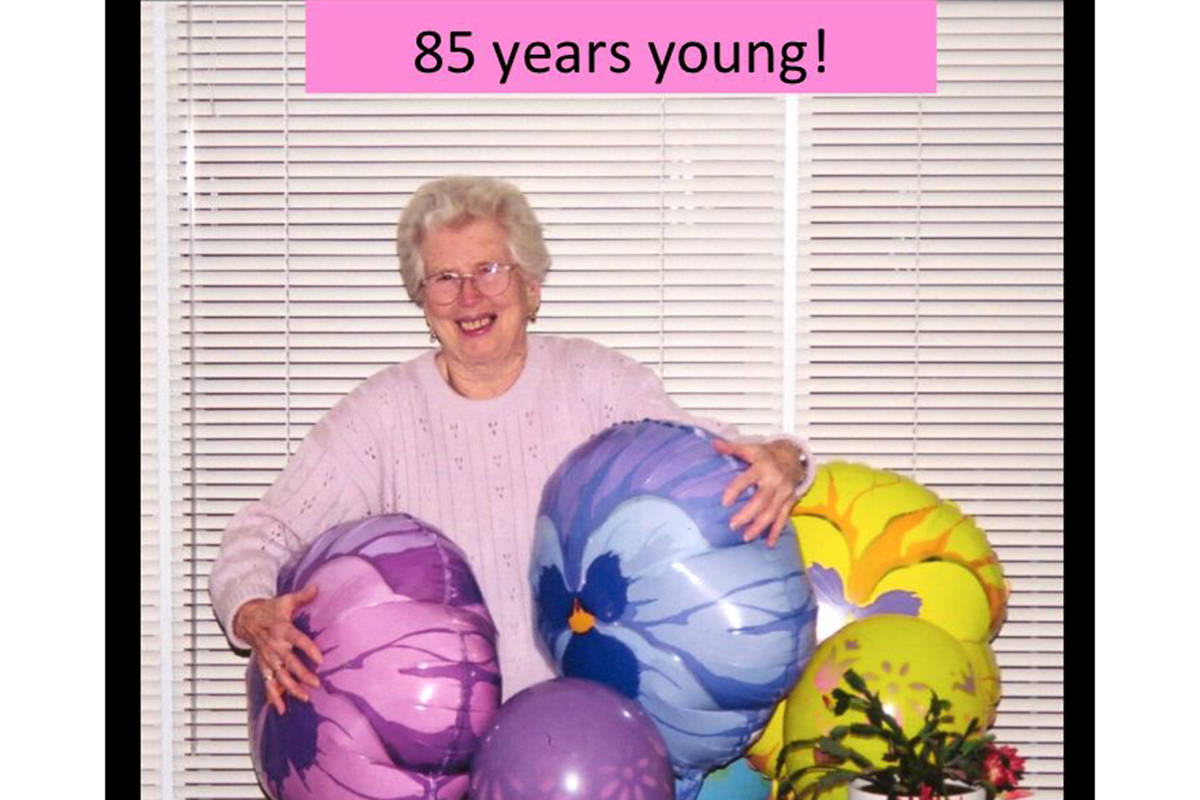 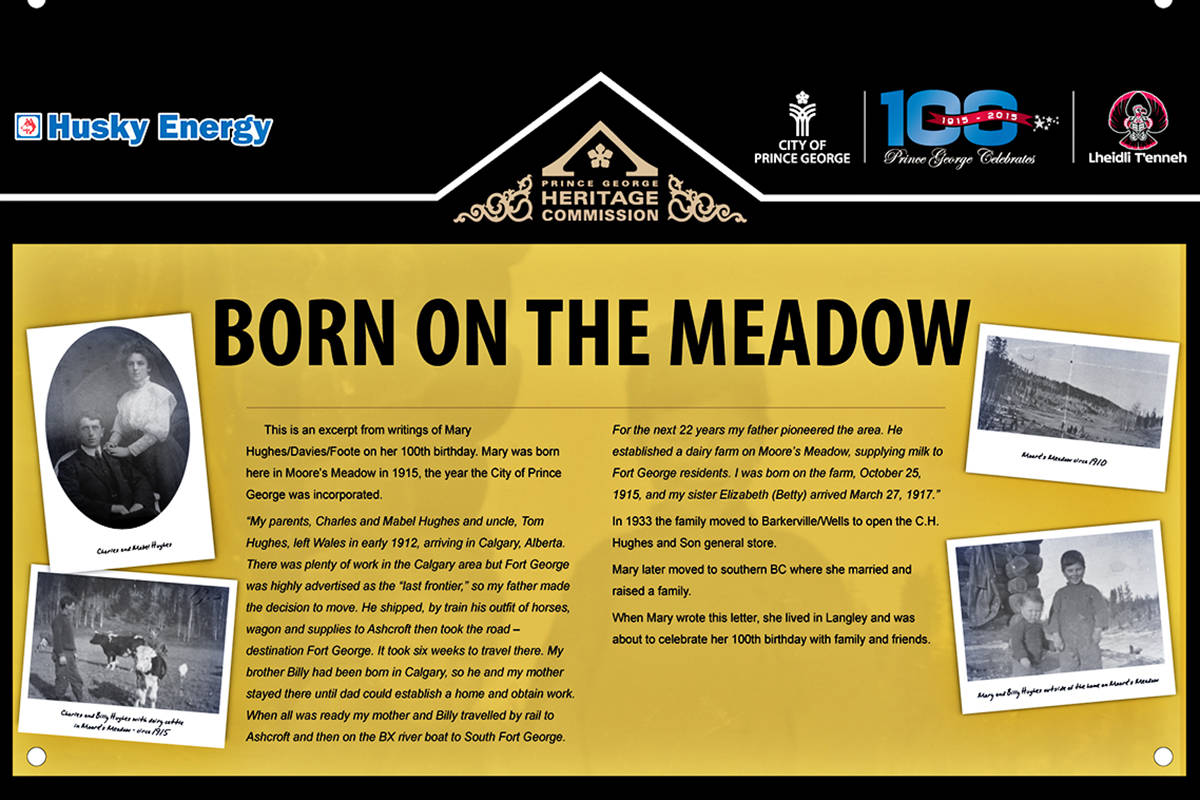 Mary Foote was born Mary Hughes. A plaque honouring the Hughes family is installed near their homestead. 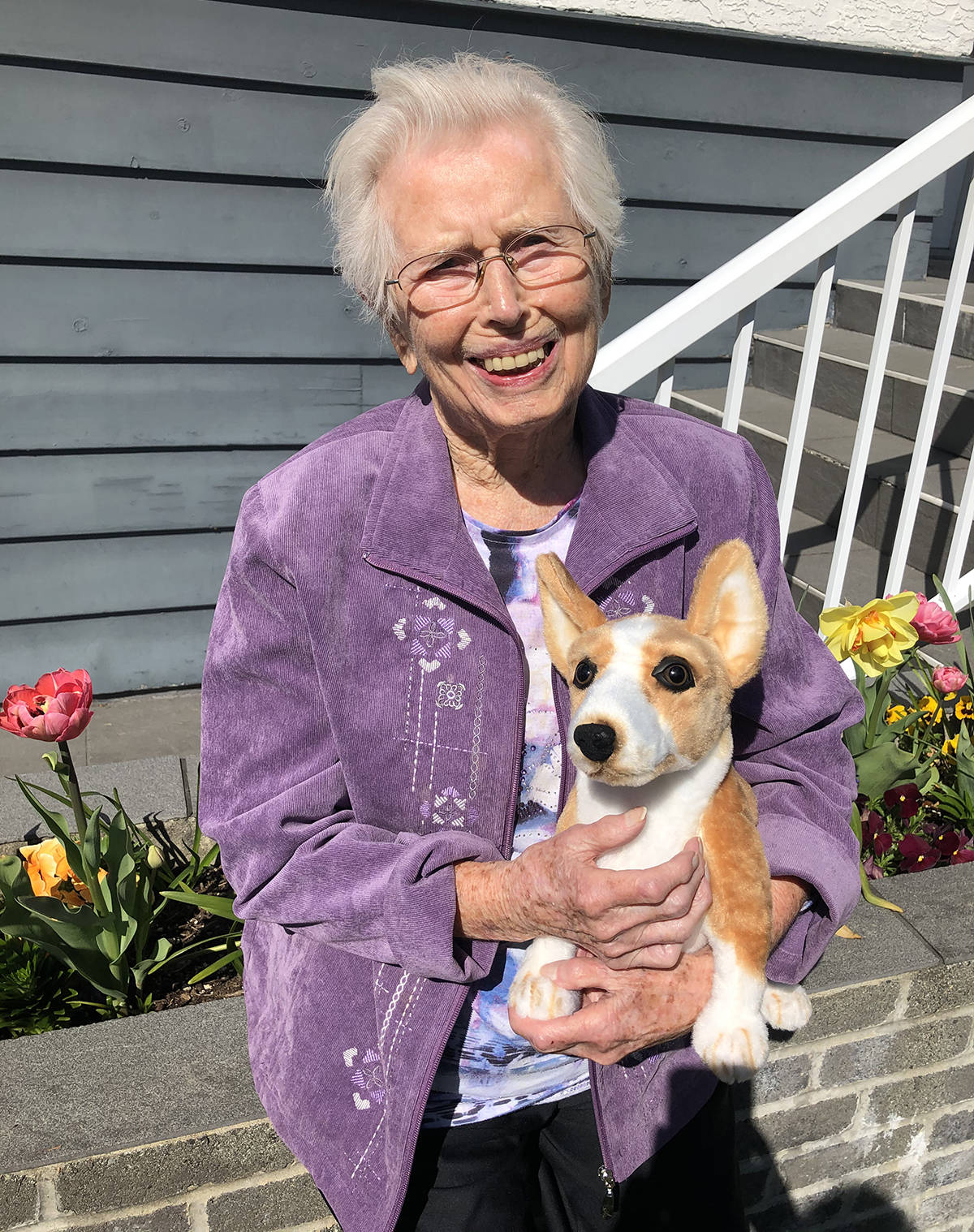 Mary Foote in April 2020 with her stuffed Corgi, a Welsh breed. Her family is Welsh. (family photo) 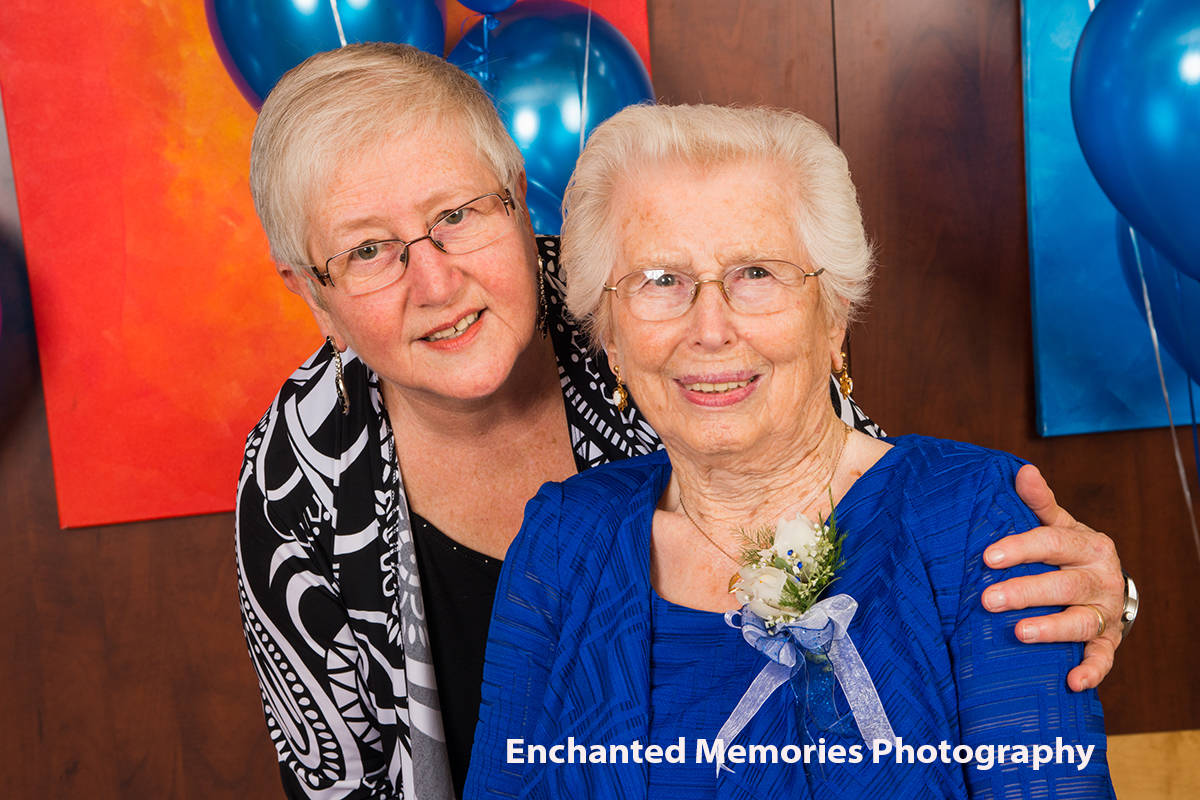 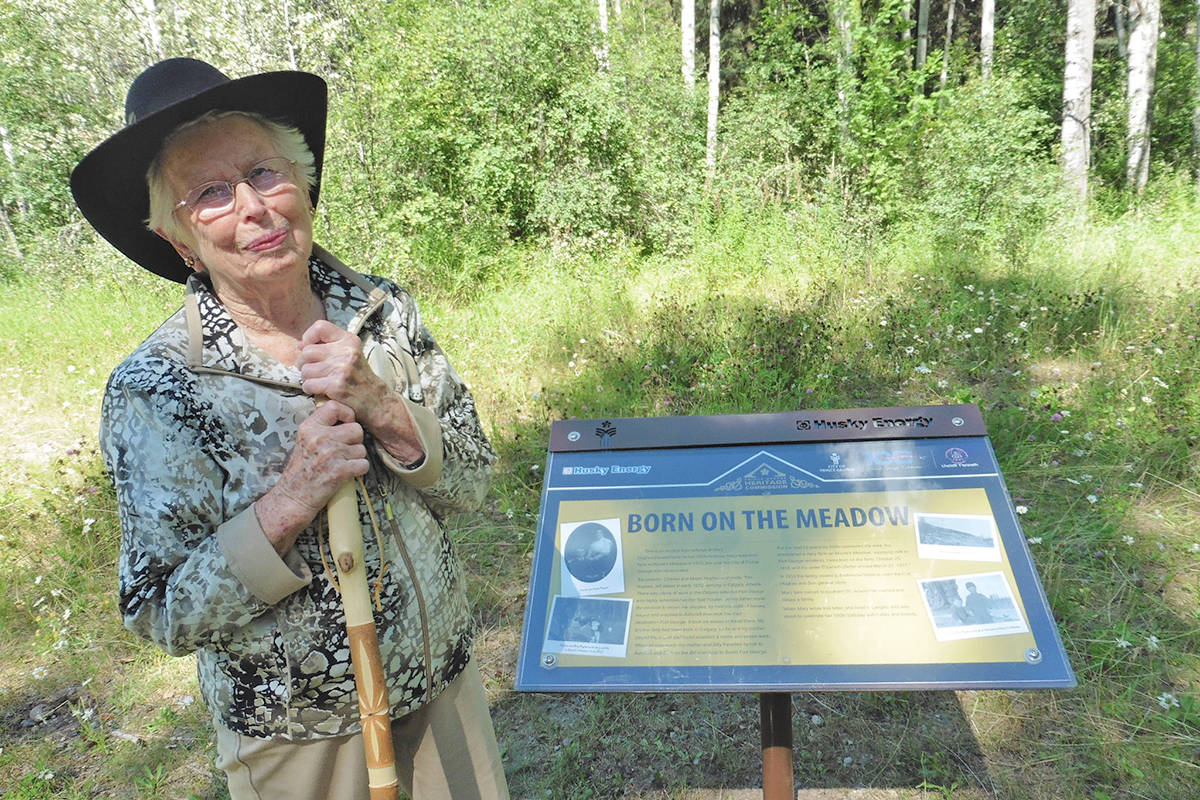 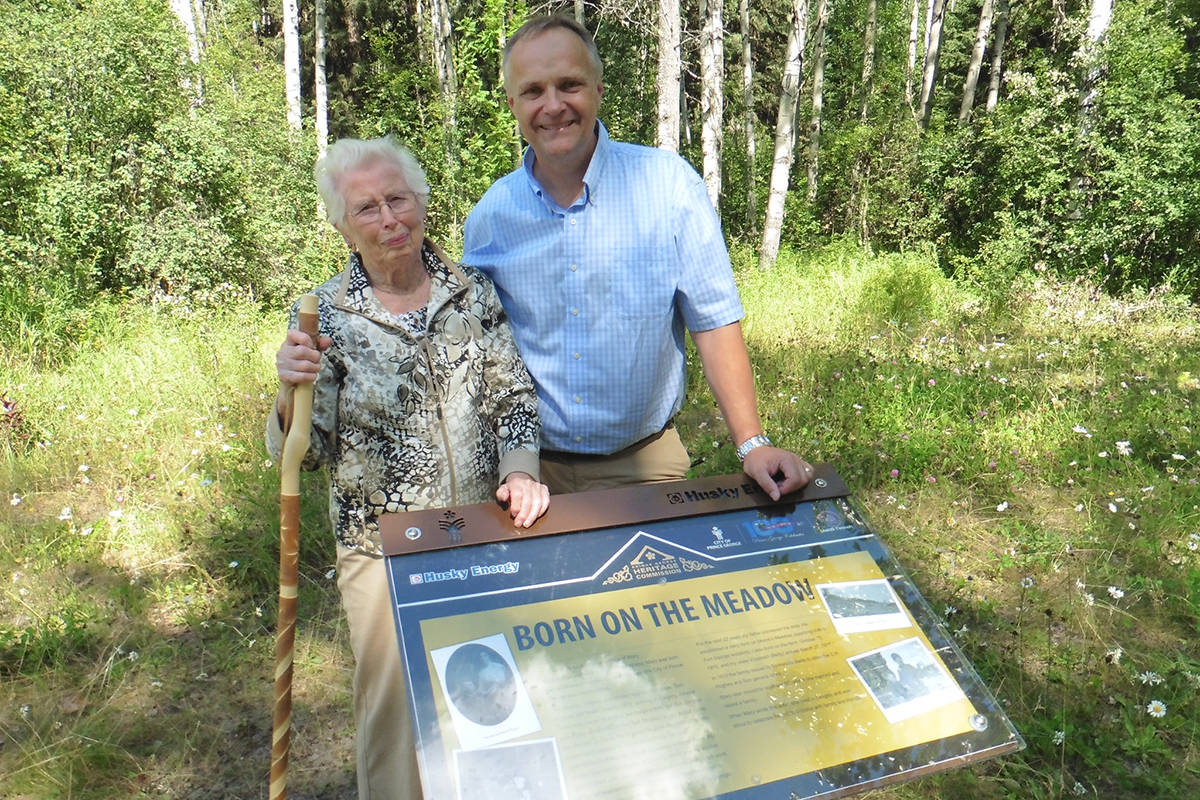 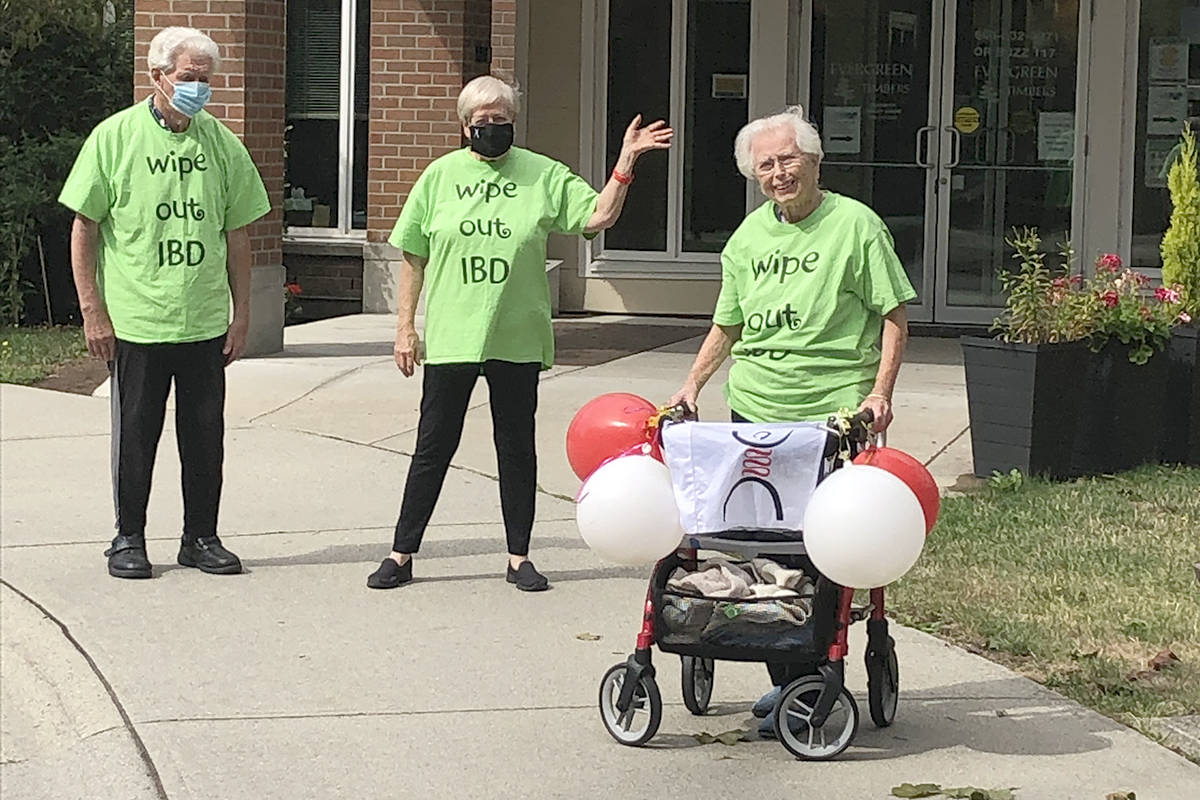 Mary Foote (right) took part in the Gutsy Walk in August 2020 at the age of 104. She was joined by son in-law Clarence and daughter Edith Olson. (family photo)