Only her outfit on Nov. 11 features some rather unique adornments – her military medals.

Prior to becoming an educator, Forrest was addressed as master corporal.

She joined the Canadian Army Reserves in 1990, at the age of 18, becoming an administrative clerk.

“I grew up in the small town of Lake Cowichan,” Forrest explained. “A few acquaintances had recently joined the Army Reserves and I was intrigued by their experience and adventures. I hadn’t decided what career path I would take at that point, so the timing was good.”

That decision would take a small-town young woman to places of which she never dreamed.

“The Army Reserves provided some flexibility in which service and training opportunities I chose to pursue. I sought out postings or experiences that would expose me to varied experiences and cultures,” she said. “My experience serving with the Canadian Military contingent as part of the United Nations in Israeli-Occupied Syria in 2000.”

Forrest said joining at 18 gave her time to do some growing up.

“I joined the military at a young and impressionable age,” she said. ” I consider those to be some of my growing-up years. I felt like I was truly making a difference in the world, with my service to the military (both in Canada and abroad) combined with the overseas mission work I was involved in during my 20s.”

It’s not easy to be in the military. Members perform a range of duties, called upon during natural disasters or conflict areas, but there’s also day to day jobs to do.

“Service sometimes looked like completing mundane tasks, but the moments of personal connection with nationals and fellow members were the highlight of my experiences,” Forrest said.

She would spent 12 years in the military before deciding to retire, in part to start a family.

Forrest rose to the rank of master corporal before retiring but said it was her time in the military that helped set the stage for the next phase of her life.

“Those years were filled with incredible experiences in combat training and service with both the reserve and the regular force (full-time army), friendships that have spanned a lifetime, and a passion for learning and educating others about world issues such as global conflict,” Forrest noted.

Her time in the Middle East, specifically the Golan Heights, was life-altering.

“The exposure I had to local children in Israel and Syria drew me in with a desire to invest in children, with the goal of making a difference in their day-to-day lives,” she said. “Creating a safe space, where children know they belong, in a predictable, accepting environment is my daily goal as a classroom teacher.”

Spending time in a conflict area is difficult for military members, but she saw how much worse it was for those who had no other choices but to live there.

“The realization that war and conflict leave a dark cloud over multiple generations in the aftermath of war, even decades later realizations such as these drive you forward asking yourself ‘What can I do with this experience to make a difference for others?’” she noted.

One way she tries to educate others about war, and its impacts is at the annual Remembrance Day events in her school.

Most children think of veterans as serving members of past World Wars. She remembers the Remembrance Day services of her youth – very much focused on veterans and excluding other military members.

“Our military is still active in both at home services and world conflict. Students are often surprised to hear about the role of our military in modern day and how war and service continues to affect current members of our military, police, and fire today. Remembrance Day is an opportunity to expose students to a deeper understanding of these service men and women, both from past and present day. To develop empathy and support, and to ignite an interest in these students, our future adults, who may choose to serve their communities and country in this way.”

Based on her personal experiences in the military, this teacher wants to help her students understand the past so they can help shape a better future.

“As educators, our awareness of the Indigenous contributions to WW I, WW II, and the Korean War, have become more astute in recent years. The difficult and often dismissed reality that thousands of Canadian Indigenous serving members, upon return from service, were withheld veteran’s benefits, the right to vote, and a place of belonging. In response to this, on Remembrance Day, we honour the Indigenous soldiers that fought for our country who were never given credit nor recognized properly for their service. I believe that fostering an awareness around this topic is the first step to changing our future.” 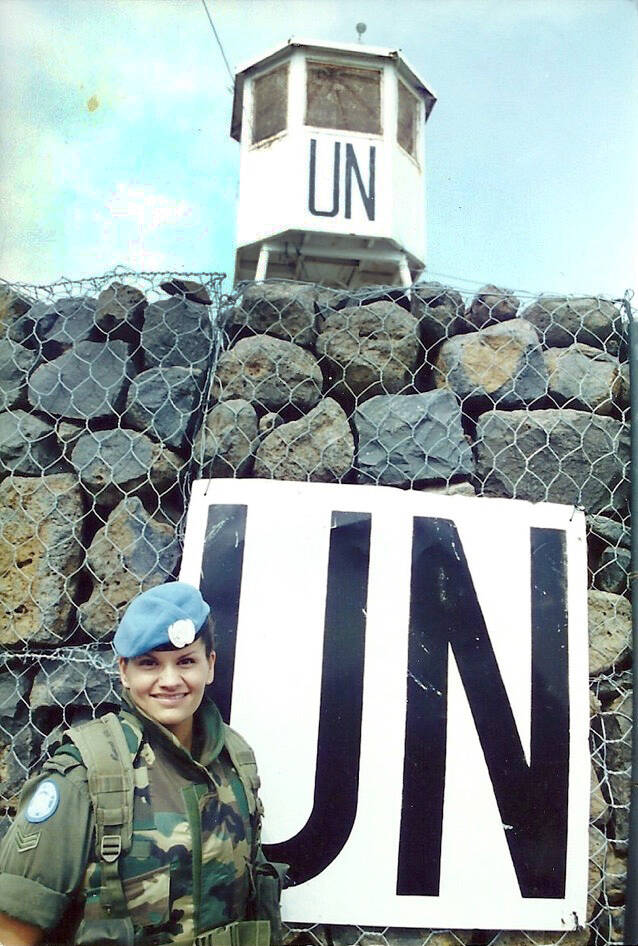 Deanna Forest, outside an emergency bunker, served as a peacekeeper with the United Nations. (Special to the Langley Advance Times) 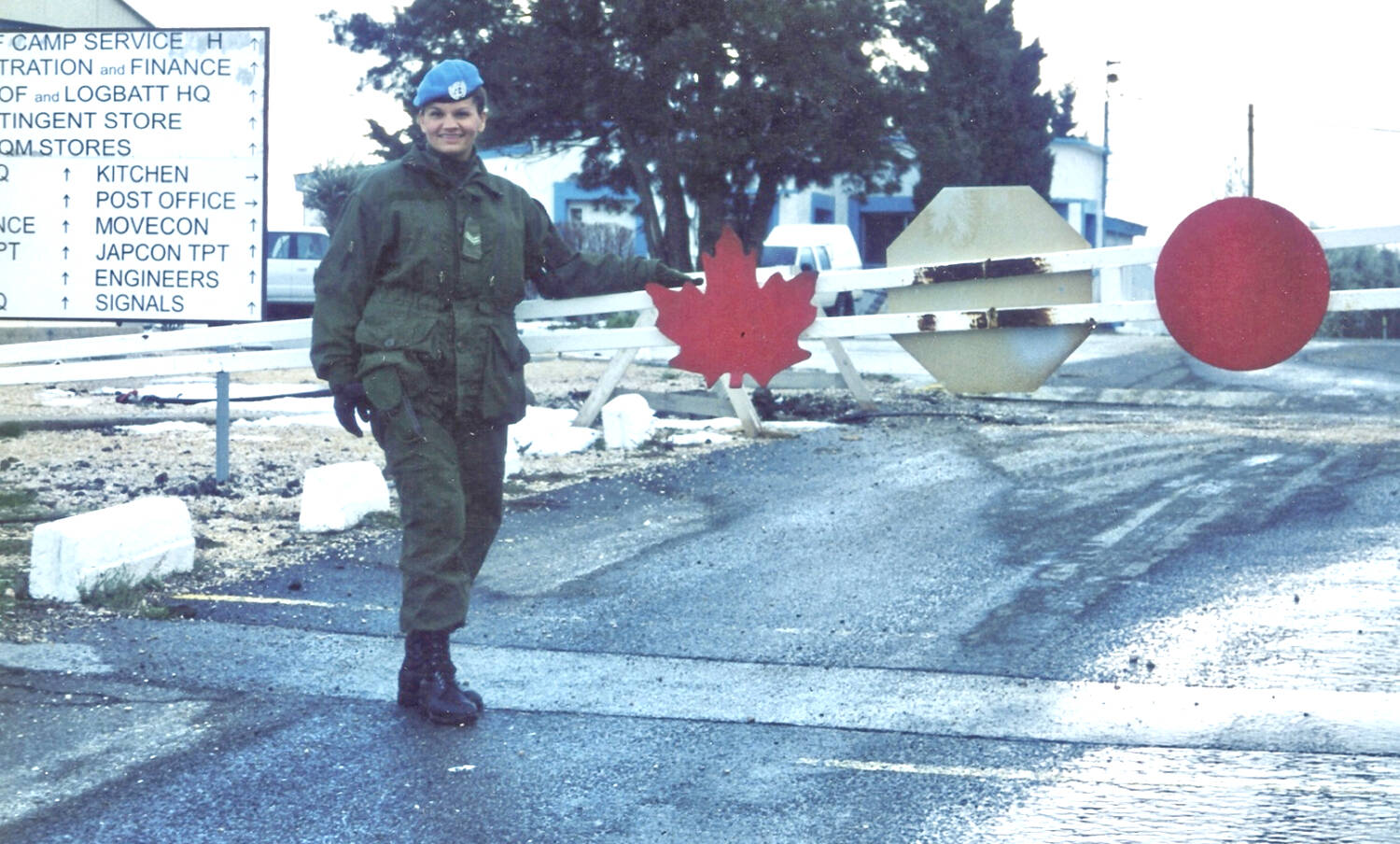 Deanna Forrest servied as security at base camp during a UN Peacekeeping mission in the Middle East. (Special to the Langley Advance Times)

Learning about services at Aldergrove legion