Langley’s Katy Mayrs needed a minute to get her head around the figure 73,615.

That’s the number of dollars she won in the first Rotary Clubs of Langley Mega Draw. The winner was chosen at a livestreamed draw Thursday, Dec. 3 at the Rotary Interpretive Centre in the Derek Doubleday Arboretum.

Rotarian Jeff Morfitt called her on speakerphone to break the news.

Oh,” she said with a pause. “There’s nothing I could possibly say that can be speaker-phoned,” she joked.

The new started to settle in.

The winner praised the clubs for the work they do.

“Such an amazing cause. You guys are so amazing,” she said.

The call could not have come at a better time. The manager at Duolynx Printers has like so many faced financial hardship due to COVID-19, including reduced wages and debt accumulation.

“My vehicle just died two weeks ago,” she added.

So she had to unexpectedly go out and get a new vehicle to be able to get to work.

Mayrs told the Langley Advance Times that the amount she’s won is lifechanging. It relieves some of the burden and lightens her outlook. She said she’s never dared to dream about what to do what this kind of money.

Mayrs said she purchased one ticket for the draw because she wanted to support Rotary but money was tight.

“It’s so awesome what they do,” she said.

“100 per cent of our funds raised by Rotary Clubs go to our causes,” noted draw emcee and Rotarian Brian Lott.

Service clubs can’t fundraise in the ways they have in the past, but the local Rotary clubs remain committed to supporting local organizations and causes which are hurting because of the global pandemic.

“All of these organizations just have a much, much bigger draw on their money,” said Jeff Morfitt, Mega Draw committee chair.

Their costs have increased, they face increased demand for service, and they can’t fundraise as they have in the past.

“Their ability to make money in these organizations has been diminished,” he added. “All the live events and galas and that kind of thing that go on just haven’t been able to happen.”

The Rotary Mega Draw was a replacement for the 50/50 the clubs had held at Ribfest last summer. It had raised about $30,000 for the club’s causes.

Other Rotary clubs have had 50/50 draws before and after COVID-19 and many didn’t make $10,000 in sales so the four local clubs are thrilled at the result of this first Langley draw.

The clubs are “just really happy with the support we received,” Morfitt said. “That really makes me happy when I see the whole community get involved.”

The club had to navigate new rules for the draw, including having to use a random number generator to choose the winner. The generator had to be approved by the provincial gaming branch.

The rules also said that tickets had to be purchased within B.C. but the buyers could live outside of the province so there were tickets that were picked up by people while here but who live in other parts of the province and in other provinces.

The vast majority of tickets went to local supporters. Probably 70 or 80 per cent of the sales were within the Langley area, Morfitt added. 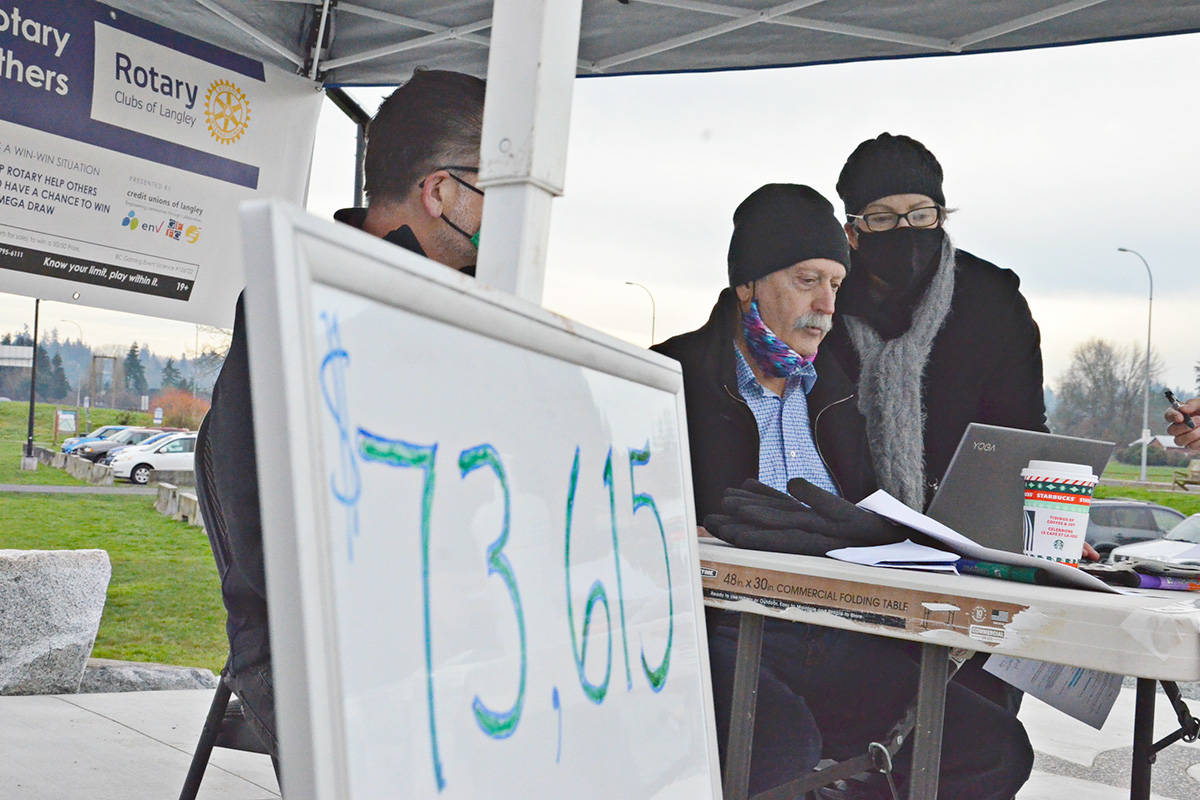 Langley-based Rotary clubs teamed up to host the Mega Draw which raised $50,000 for their causes and a prize of $73, 615 for a Langley woman. (Heather Colpitts/Langley Advance Times) 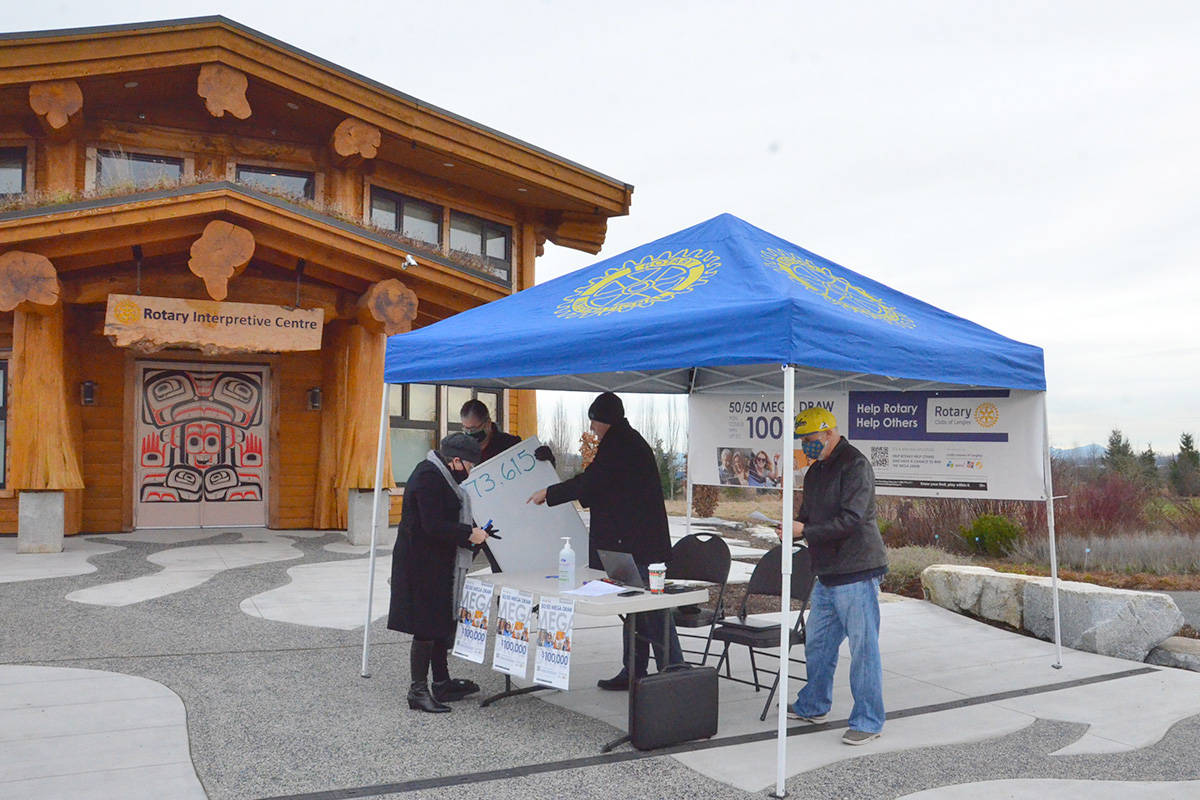 The Rotary Clubs of Langley hosted a 50/50 Mega Draw as a fundraiser. COVID-19 has caused service clubs to revamp how they do their traditional activities. The draw relied on technology instead of traditional paper tickets and the winner was chosen during a livestream on Thursday, Dec. 3, 2020. (Heather Colpitts/Langley Advance Times) 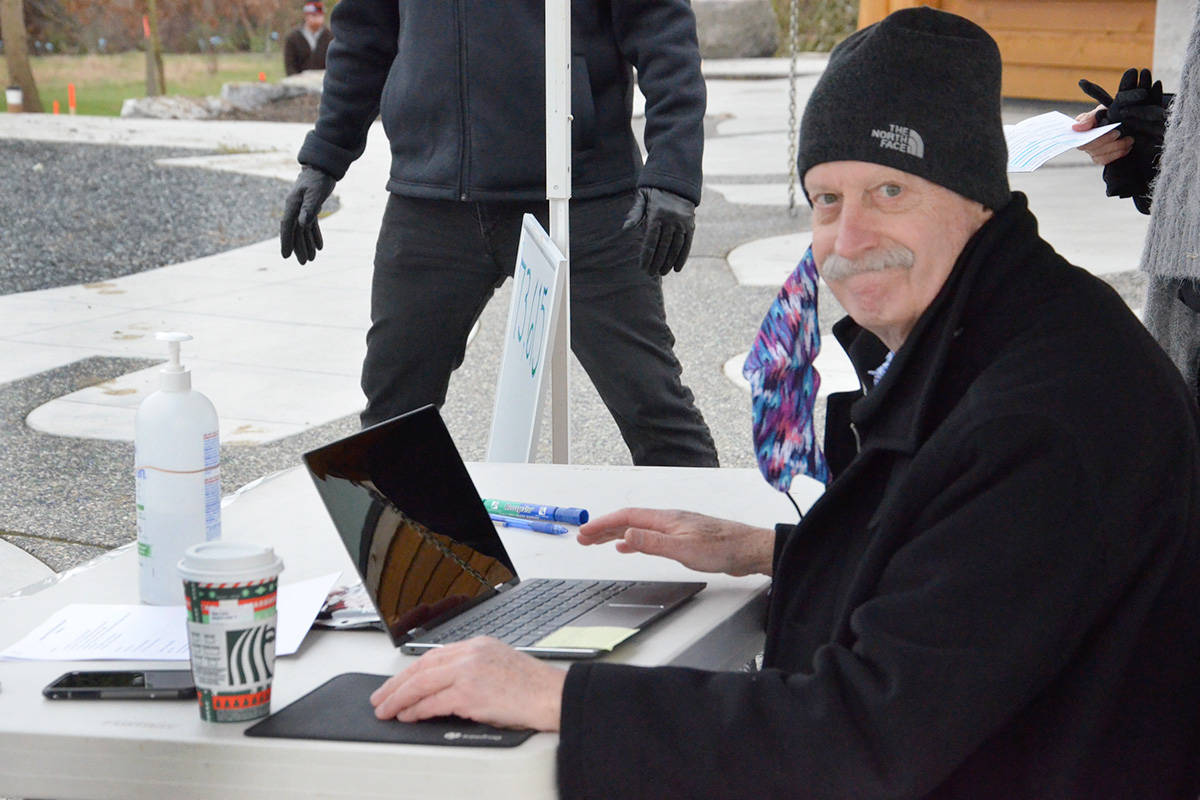