From ghoulish pirates, to a galaxy far, far away, a Langley family has changed their annual Halloween yard display in a big way.

“We thought we should change the theme up, starting this year,” said Derek Condon.

That’s why there’s an X-Wing fighter sitting in his front yard, with an R2-D2 head sticking out that beeps an swivels when visitors approach to take a close look.

Derek and his wife Tammy, who put a huge amount of time into putting together their Halloween displays, are big Star Wars fans.

Which is why they decided to head into space this year as they switched their theme.

Like their massive pirate ship, the X-Wing and other props in the front yard are almost entirely made, rather than being bought.

The spaceship itself is built around a steel conduit frame that Derek welded together. It’s covered with plastic signboard sheeting, and held together in places with duct tape.

Parts of the X-Wing are made from the masts of the old pirate ship, from office wastebaskets, and from simple red tail lights.

The R2-D2 head is wired to a motion sensor.

“We are still adding,” said Derek.

Because it’s their first year with a new theme, the Halloween celebration will be a little smaller scale this year, said Tammy.

The creation is all about community spirit and having fun. A neighbourhood celebration was held on Saturday evening in advance of Halloween.

In the past, the family has asked for donations, but this year they will simply be allowing people to tour through on Halloween night.

If anyone does bring donations, any cash dropped off will go to Canuck Place, the Condons said.

Some years, the total number of visitors has been as high as 10,000 people, they said. 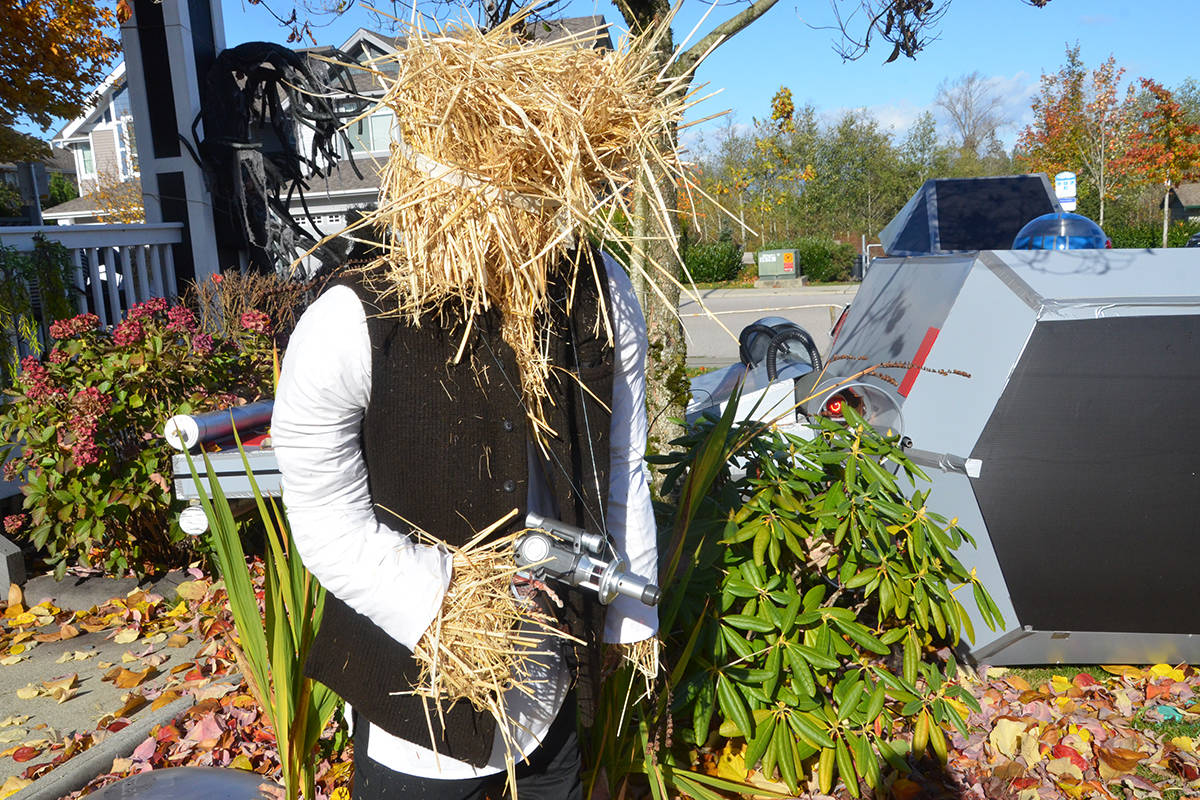 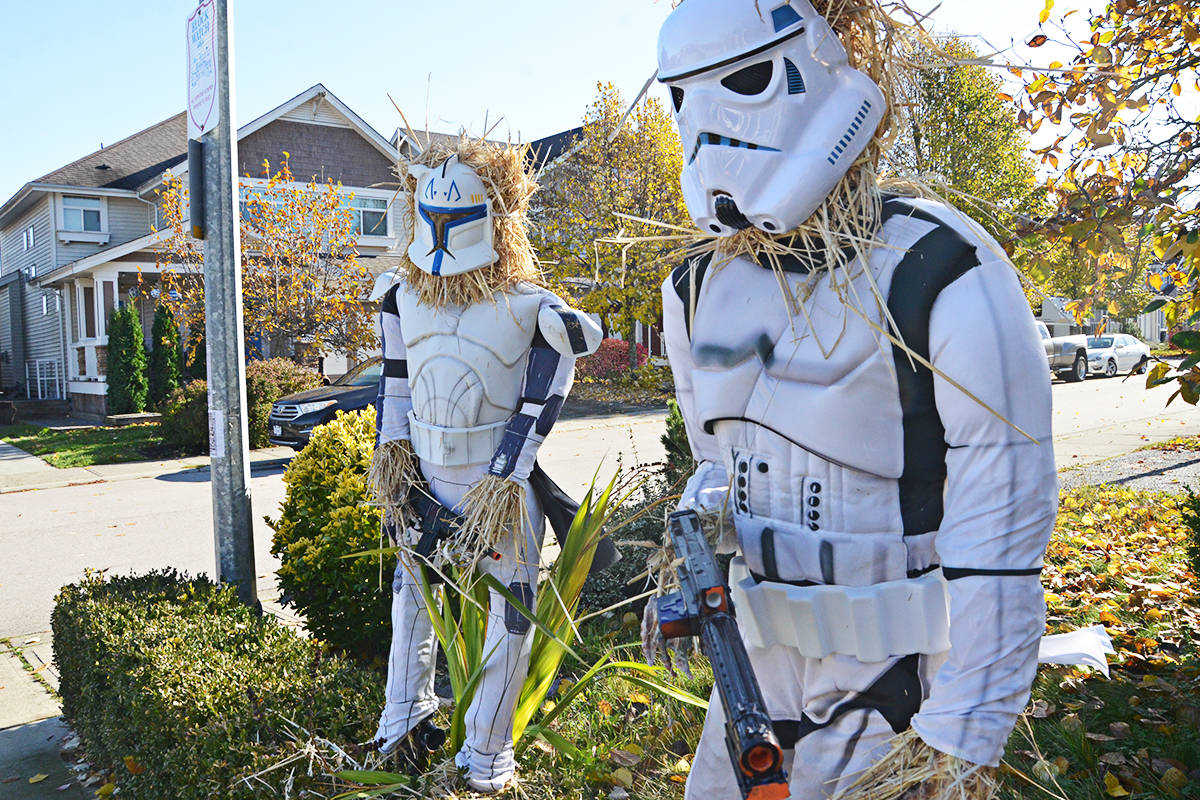 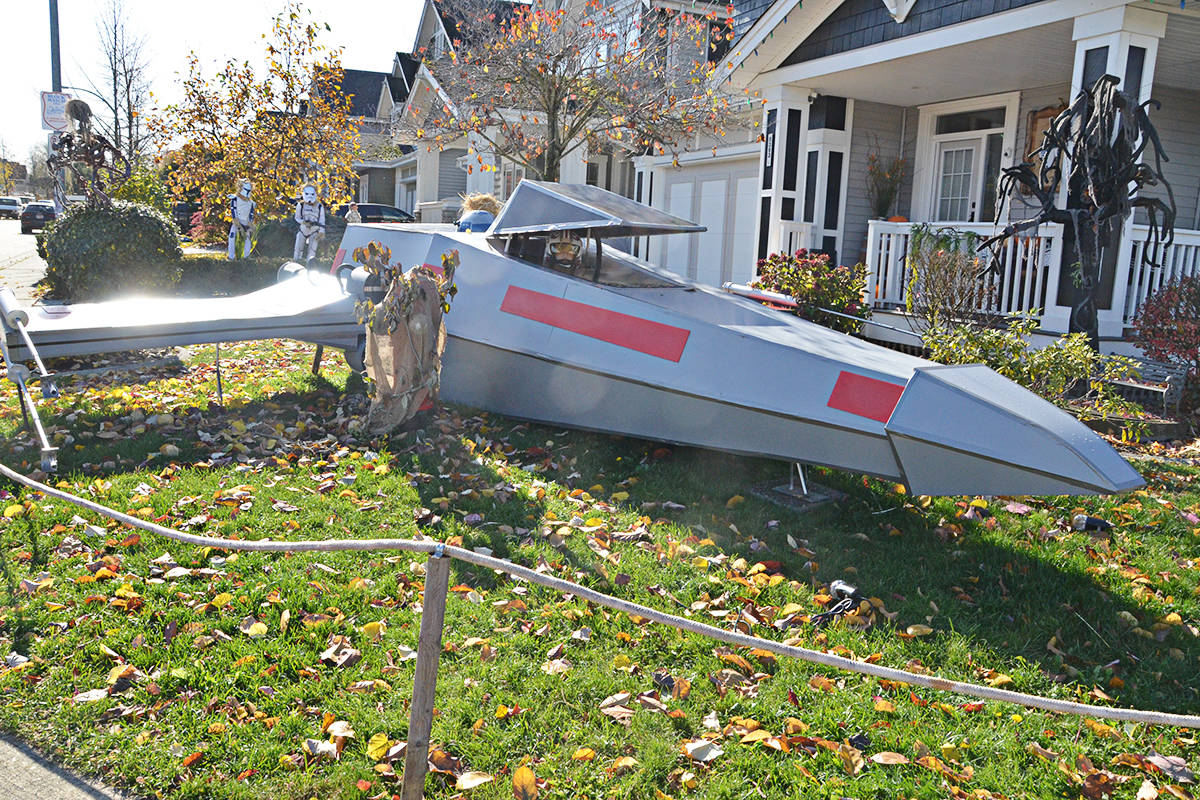 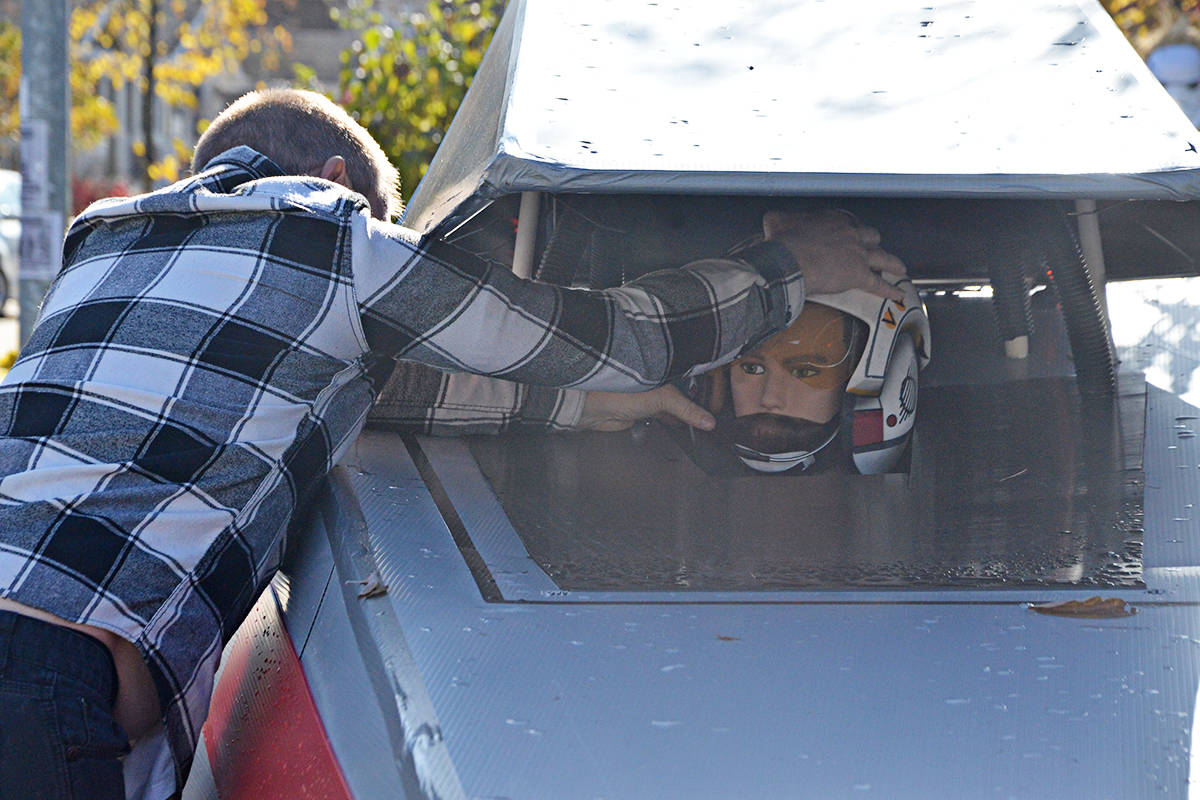 Derek Condon puts the pilot’s helmet back on the occupant of the X-wing. (Matthew Claxton/Langley Advance Times) 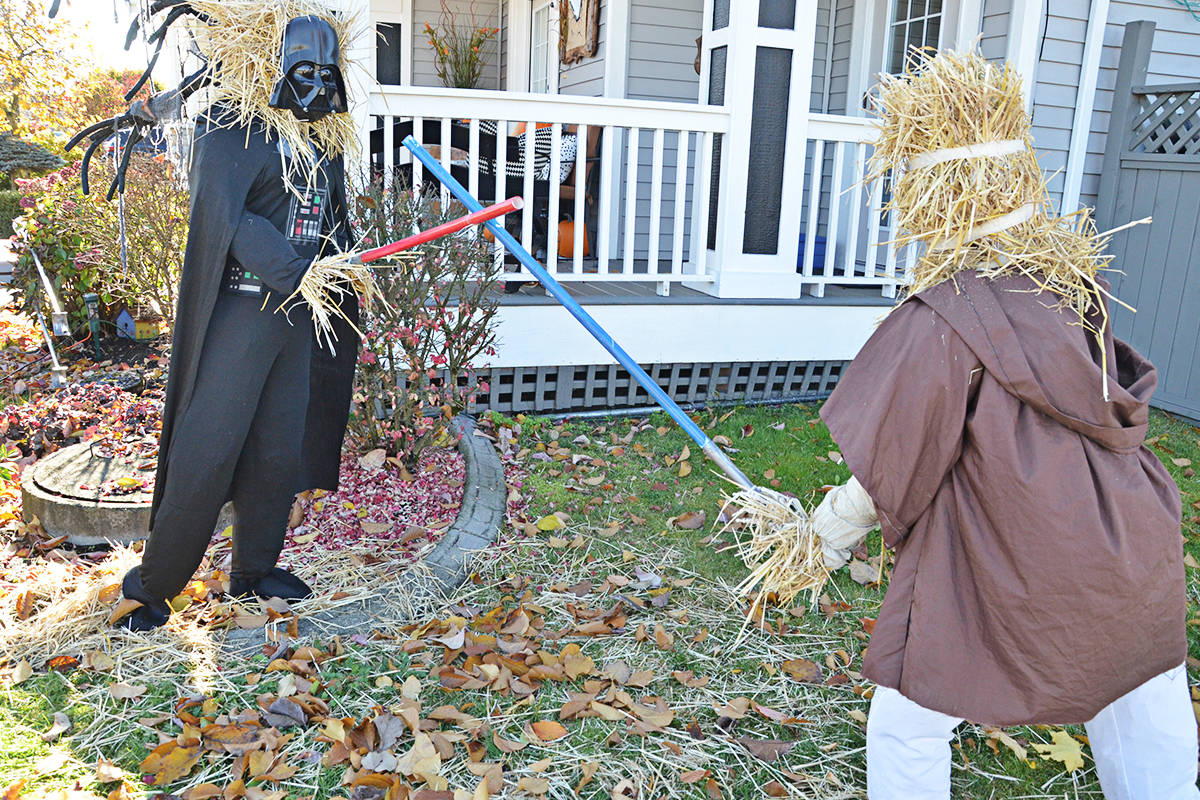