The B.C. Farm Museum will be able to turn its wish list of projects into a to do list thanks to a $250,000 donation from a local farmer.

Ann Blaauw made the donation recently and museum vice president Syd Pickerell said it will help secure the future for the 54-year-old facility.

“She recognizes that the farm museum, it’s all done by volunteers, and we struggle a bit like all museums do,” he said.

A coronavirus-safe event allowed the BC Farm Museum to recognize her and former MLA Rich Coleman who have supported the volunteer-run museum over the years.

Cake, physical distancing &and masks were all part of the brief informal appreciation morning coffee at the BC Farm Museum in Fort Langley on Monday, Nov. 2.

“A few directors and some of the regular volunteers gathered to say thank you to two individuals who have been very supportive of the museum’s efforts to preserve our pioneer life heritage,” said Grace Muller.

The museum board presented an award to Rich Coleman for his support during his many years as MLA.

“As the government representative Rich has been available and supportive of Farm Museum activities,” Muller said. “His advice and support has been much appreciated.”

A crystal award was also presented to Blaauw.

Pickerell said the donation came about after casual conversations between Ann and the Township. She then contacted the museum about donating.

Ann and her late husband, Tom, originally emigrated from Holland and farmed in Langley for many years. They had a poultry operation and were one of the first local farms to go into cranberry growing.

After his death, she sold the farm and has given donations to a variety of causes including the ER expansion at Langley Memorial Hospital, Sunny Hill Health Centre for Children – the only pediatric rehabilitation and developmental services facility of its kind in B.C., and more than $5 million towards the purchase and preservation of a 30-acre Glen Valley eco forest now owned by Trinity Western University and bearing the Blaauw family name.

Just a few months ago, Ann Blaauw donated some farming artifacts to the museum, including a two-handed cranberry picker basket circa 1950s.

Nowadays, farmers flood the fields to let the water remove the berries from the bushes.

“Before that people picked them dry,” he explained.

The cranberry baskets are perfect examples of the lessons of the farm museum – how technology has changed over time and introduced labour-saving devices that changed people’s lives and livelihoods.

“That’s what the museum is all about, trying to show people how the progression has moved along,” Pickerell said.

The museum has received other financial donations, but the Blaauw contribution is the largest it has ever received with no strings attached, meaning the museum’s volunteer board can decide how to best spend the money.

“We can use it in so many things. We have so many projects on the go,” Pickerell said.

Currently the museum volunteers are working on a project to have better lighting on the artifacts and examining a radiant tube heating system to provide better temperature control in the large museum buildings.

Pickerell explained that would allow more use in the off-season, making it more comfortable for seniors tours, school groups and others. The museum board is examining having 4-H groups use the space for meetings, for instance.

“We would love to expand,” he added. “We really have more artifacts than we have room for. Temporarily we are housing some of them at close-by farms, but we really need to bring them home to the farm museum.”

The museum is staying where it is but would like to secure some nearby property, he said.

The museum is closed for the winter season but will reopen April 1, 2021.

The facility was open for part of the season this year with COVID-19 protocols in place, Pickerell explained, so the board is confident about welcoming back the public in a few months.

September the 30th, the last day of our open season. Reopening again on the 1st April. It's not too late for a visit….

Posted by BC Farm Museum on Wednesday, September 30, 2020 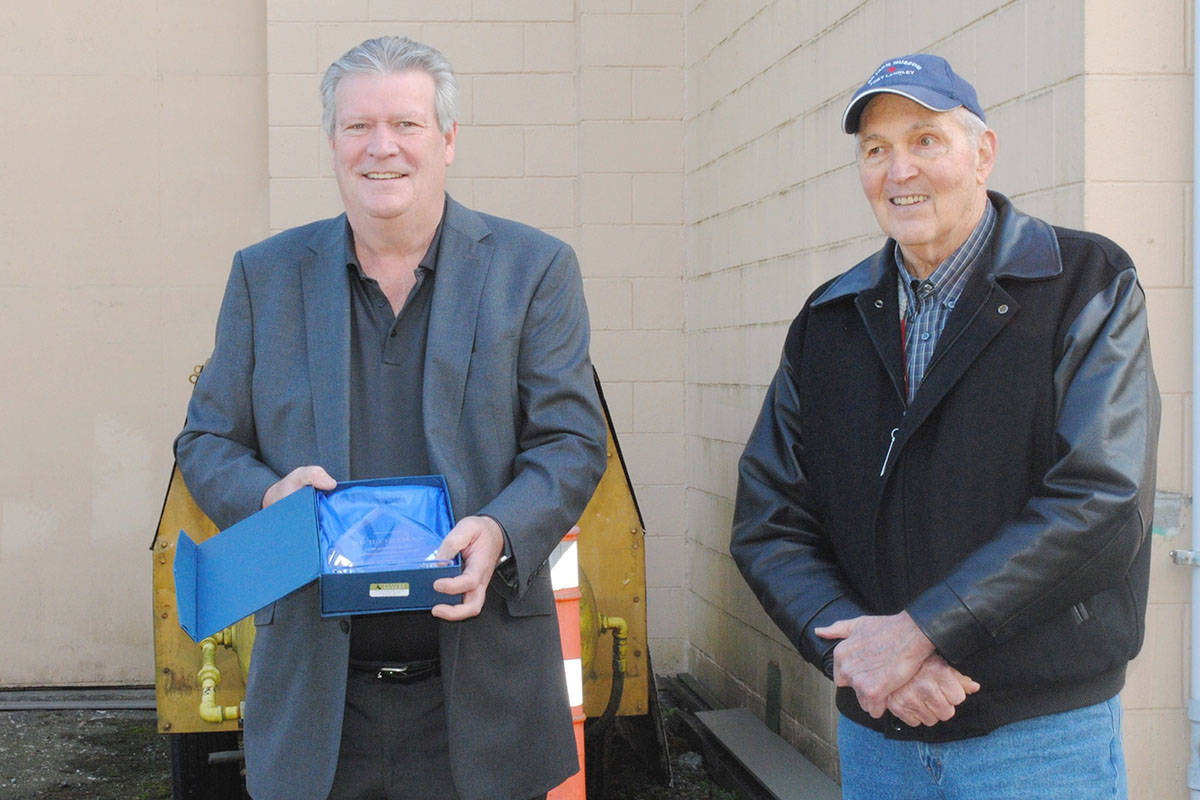 Rich Coleman was given an award by B.C.Farm Museum vice president Syd Pickerell for his support of the Fort Langley museum over the years. (Mike Prangnell/B.C. Farm Museum) 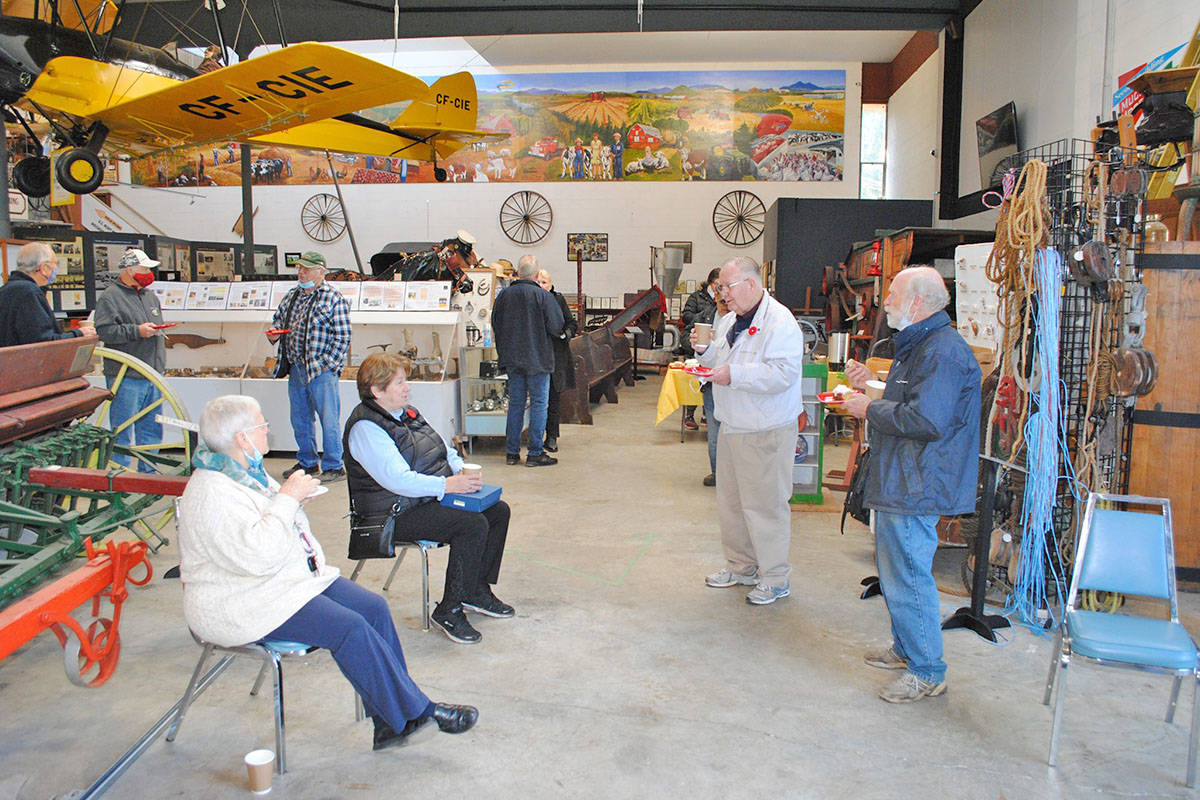 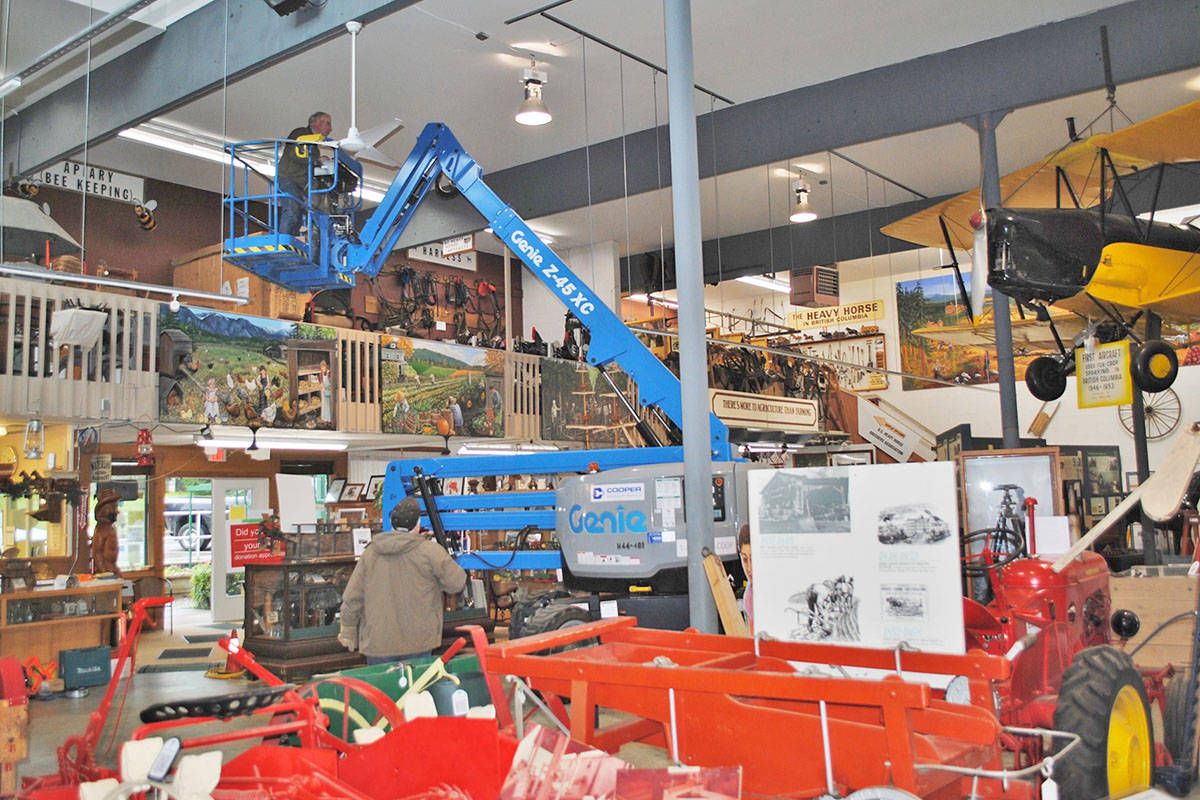 Outbreak at Jackman manor in Langley declared over

Langley parents started the movement to keep kids home on Dec. 1 as a protest

Christmas tree season is off to an early start, Aldergrove family farm reports

People are ‘bored’ with staying home due to COVID-19 and want to decorate early, farm owner believes