Time was that babies left Langley Memorial Hospital in a cardboard box.

Bev Rempel, a nurse’s aide and resident of Langley for more than 50 years, worked all over the hospital for more about 33 years.

When she and the other aides could catch a spare moment or two, they would assemble baby boxes, cardboard boxes used to carry new babies home.

“All the babies used to go home in this,” she noted. “We’d make them at night.”

There’s one of the boxes, along with a metal baby bed from decades ago, at the new hospital museum display in Michaud House.

Rempel, on the Langley Memorial Hospital Heritage Committee that created the small museum, said seeing the items reminds many people of their own medical experiences. The volunteers on the committee thought it important to preserve these pieces of local history.

“Seeing a picture in a book would not be quite the same as being able to see it,” explained committee member Doris Riedweg.

Riedweg is known locally as the author of three books, but years ago she was an RN who was the OR supervisor at the local hospital.

“I came from VGH right out of [nurse’s] training to the Cottage Hospital in 1956,” she explained.

She moved away to work elsewhere about three times but kept coming back.

“I always came back to Langley. It had a really big pull,” she said.

She retired from nursing in 1979 to focus on the family farm.

In decades past there was a strong sense of community.

“Everybody knew everybody,” Riedweg said.

“When you knew them, people trusted you,” Rempel said.

She added that the staff’s kids all played together and the staff would socialize outside of work.

The museum grew out of a community committee to document the history of the hospital.

The committee started working with the Langley Heritage Society to lobby. They were able to save the Cottage Hospital’s stone wall. A new building on the site is a mental health facility.

It was during work on the 50th anniversary celebrations for the current hospital building that the notion came up to create a museum but there was no space for the stuff.

“Our committee had things scattered all over, in our homes,” Riedweg said.

The display includes photo albums full of pictures over several decades as well as Langley Advance articles right from the beginning of the Cottage Hospital.

“The Advance put something about the hospital in every week,” Riedweg explained.

There’s also vintage equipment, medical clothing, hospital records, and more. Lots of items were found in the old nurses’ residence which is now offices. Its basement proved a treasure trove of forgotten finds.

“There’s medical equipment that they had collected during the Cold War,” Riedweg said.

Extra supplies were laid in during the Cold War with the Communist world.

“They really felt on this coast that were going to invade or drop the bomb,” she said.

She even recalls one of the doctors building a bomb shelter in his yard.

Those Cold War items became forgotten relics that can now be seen at the museum, including civil defence-style arm bands, cans of chromic (cat gut sutures), bandages in khaki green wrapping and ampules of medicine.

The small hospital museum opened officially on July 22 and will be opened by appointment. Organizers plan to host tours of local seniors homes and groups. A sandwich board will also be put outside Michaud House to show when the public can see the new Langley Memorial Hospital Archives. 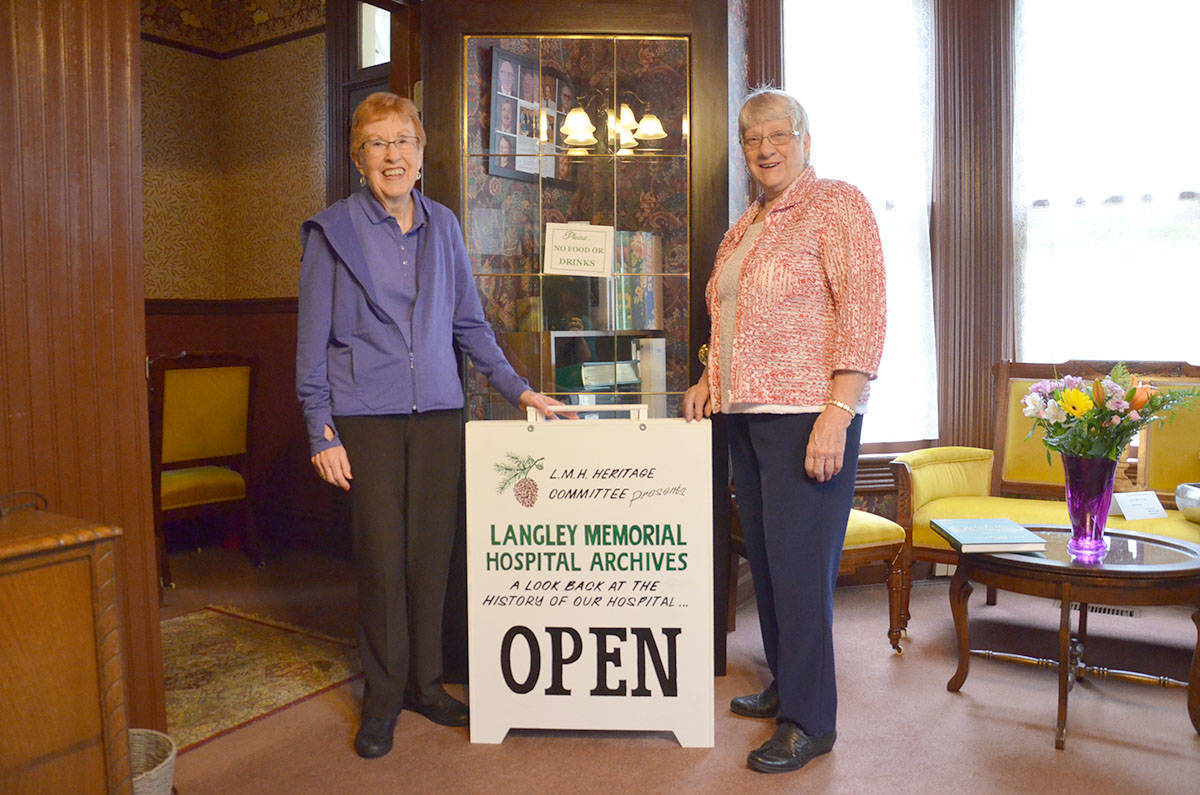 (Heather Colpitts/Langley Advance) Doris Riedweg and Bev Rempel were some of the people who created the new mini-museum. 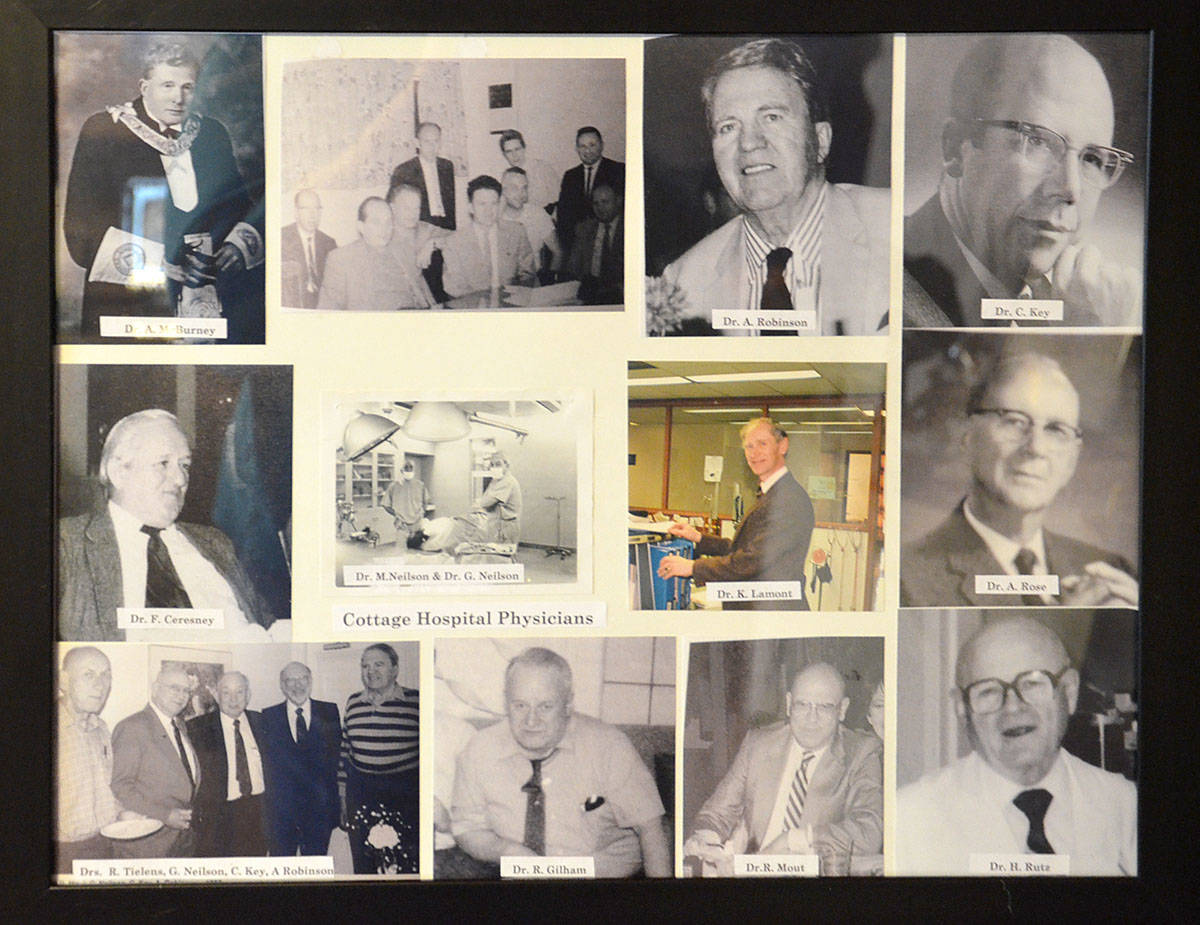 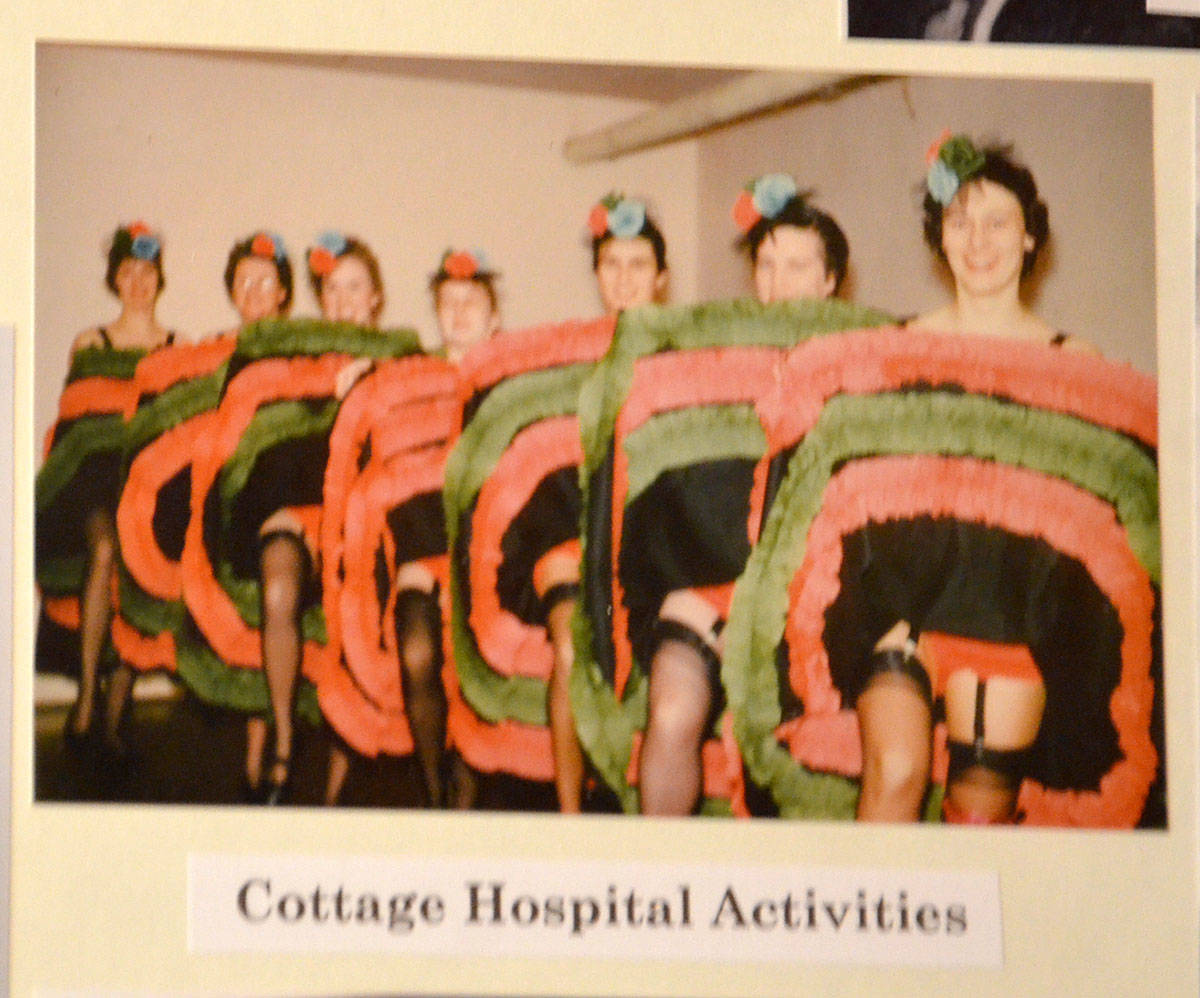 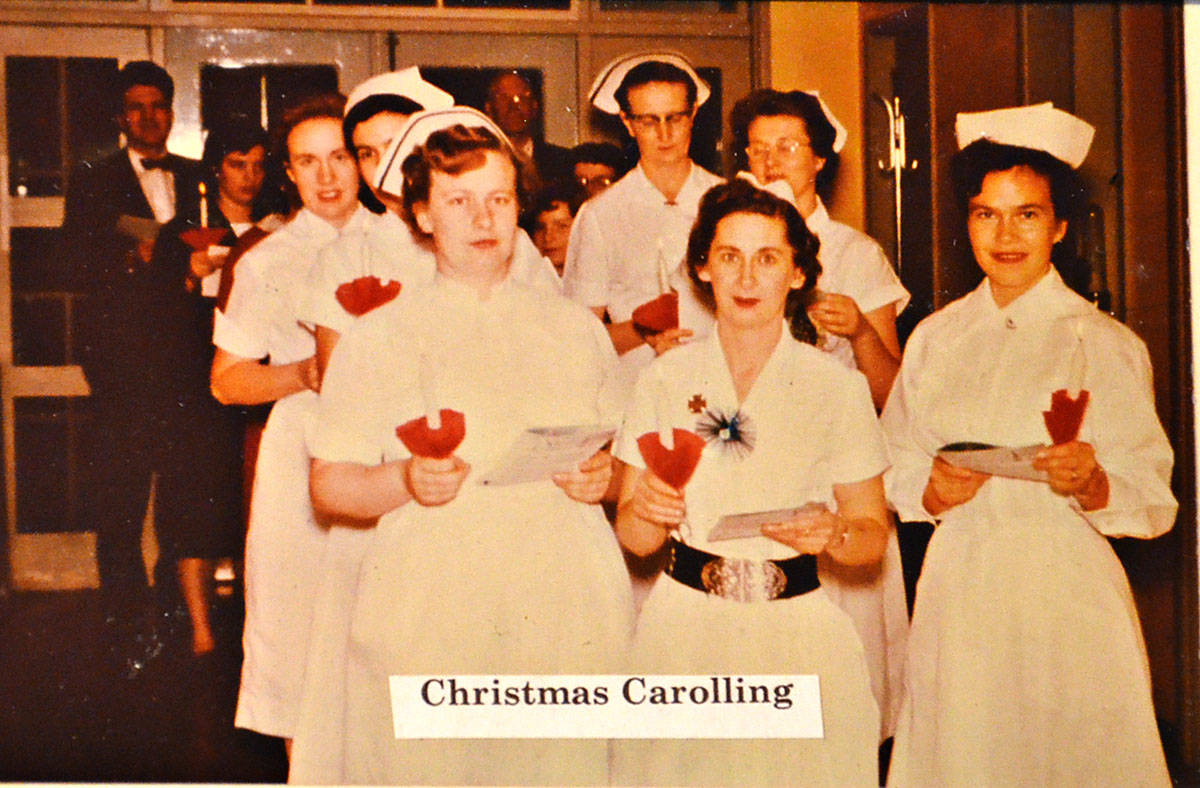 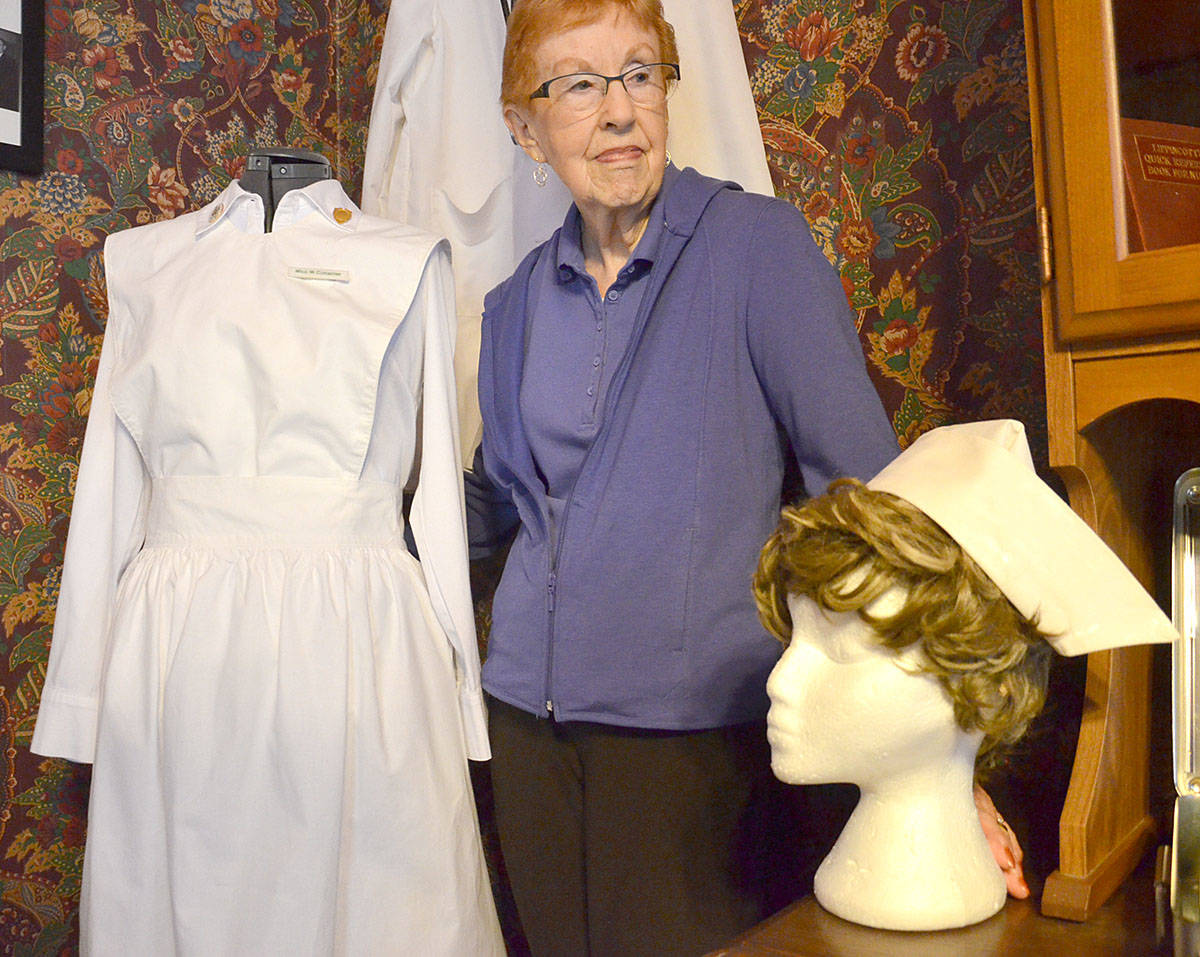 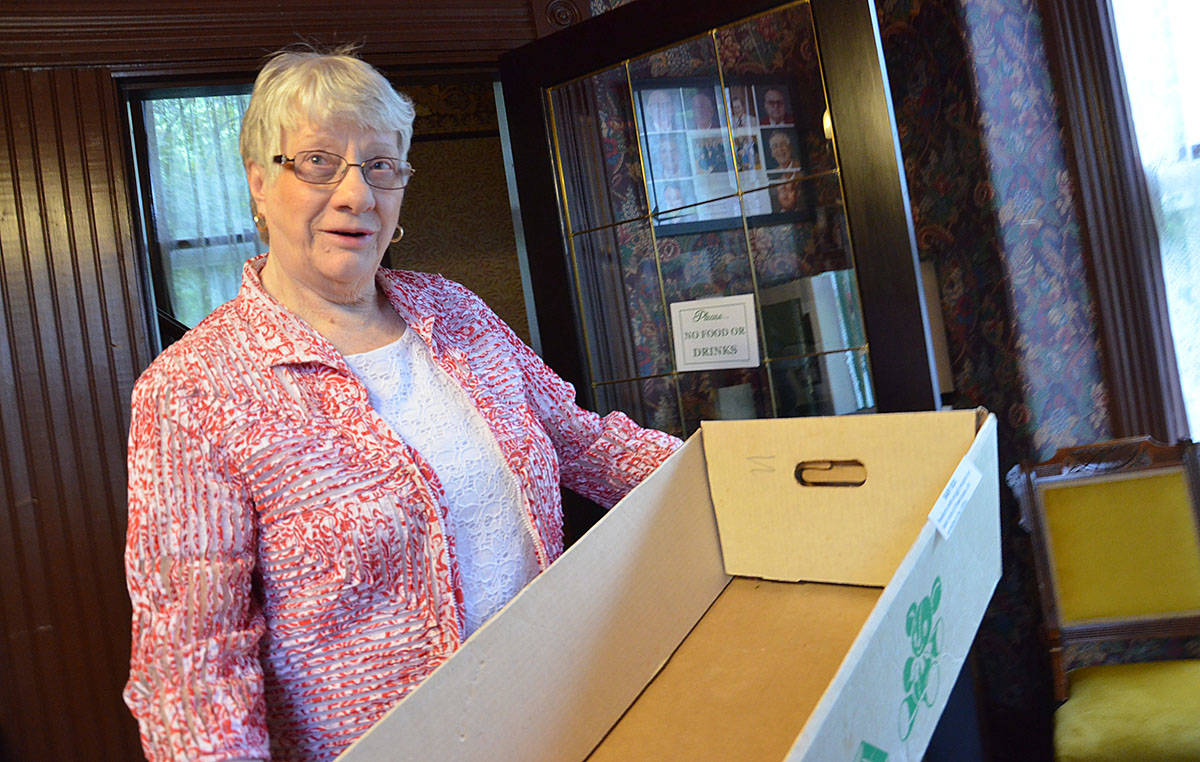