A veteran of the invasion of Normandy was all smiles Wednesday as fellow Royal Canadian Legion members and friends marked his 100th birthday at his Langley retirement home.

Harold “Bud” Freeston marked his centenary with balloons and an impressive cake with a Legion theme at the Chartwell Langley Gardens home.

Freeston waved from his balcony to those gathered below, which included his friend, history teacher Gord Dennison, as well as several legion officials such as Aldergrove legion branch president Doug Hadley, and a bagpiper.

Freeston, who served with the Black Watch, officially known as the Royal Highland Regiment, in Europe during the Invasion of Normandy, rose in the ranks from private to captain during the war.

An expert with mortar units, he almost lost his leg when a mortar exploded during a training exercise in North Africa. The wound turned gangrenous, and doctors were about to amputate the limb. Fortunately for Freeston, the next hospital ship to arrive carried then-new wonder drugs – sulfa and penicillin – that stopped the infection.

Freeston headed to Europe. In past interviews with Black Press, he has been reluctant to speak of the fighting he saw, including at the Battle of the Scheldt.

In 2014, he spoke briefly of the incident that saw him promoted to captain. He and two other men headed forward during a fight in St. Leonard, and to keep communications open, they resorted to tossing notes tied to rocks back and forth between two buildings, to avoid sniper fire down an alley.

“We left all our heroes over there, in France and Holland,” Freeston told the Advance Times in 2014.

Freeston has been a longtime legion member, said his local branch president.

“He actually joined the legion in 1946,” said Hadley. But work kept Freeston away for some years, so this year the Legion was able to give the centenarian his 50th anniversary medal for membership.

He is active participating in the Poppy Campaign every year,” Hadley said, crediting Freeston for raising $18,000 last year. 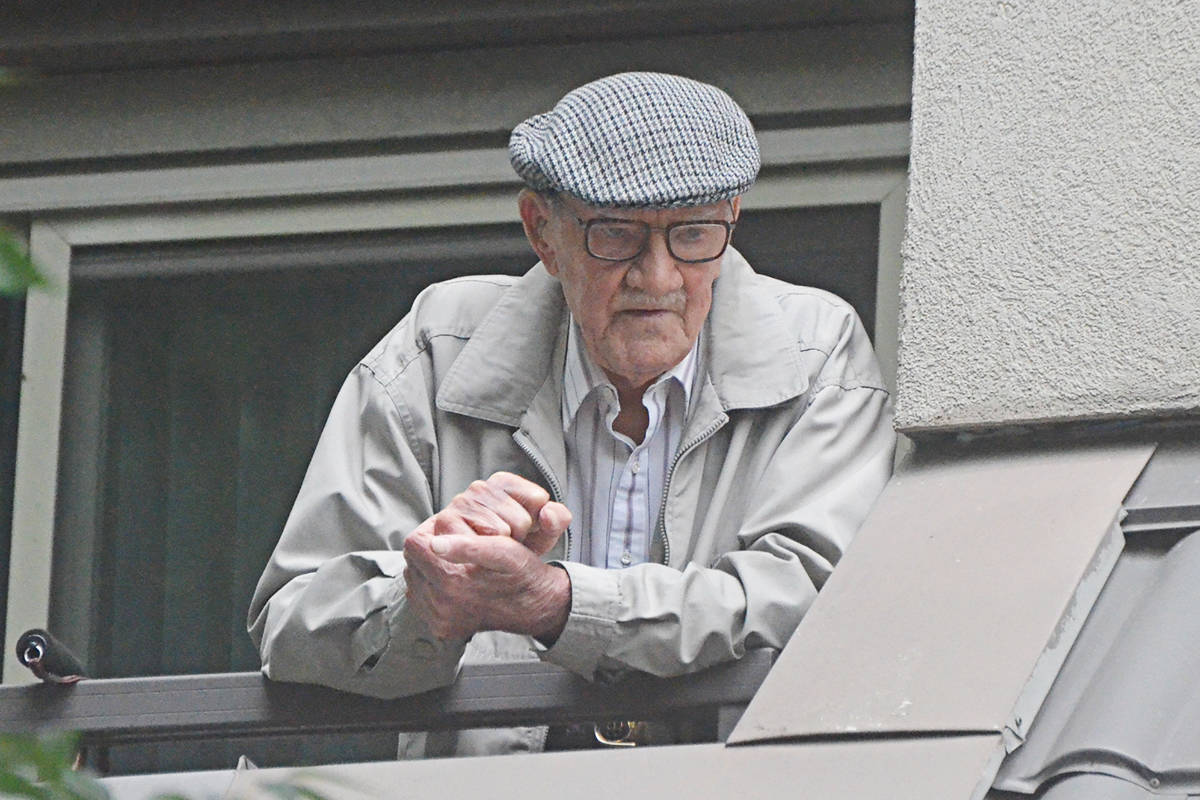