On Nov. 11, hundreds of community members will gather in the Fort Langley Cemetery to remember those who have sacrificed their lives in the name of peace and freedom.

“It’s one day a year for 40 minutes, but people gave their lives for our freedom and spent years in uncomfortable circumstances,” said Jonathan Meads, member of the Fort Langley Remembrance Day Committee.

“The least we can do is stand together, come rain or shine, to remember them. It’s kind of a duty. We’re actually celebrating the freedom as well as remembering the sacrifices.”

As in past years, a procession will begin at 10:25 a.m. at the west end of the Fort Langley Cemetery near St. Andrew’s Street and Nash Street, led by a piper and colour party. Following them will be members of the clergy, veterans, RCMP, Armed Forces Canada, fire department, elected officials, Kwantlen First Nation elders and Scouts Canada.

The parade will make its way toward the cenotaph through the cemetery, passing by the graves of nearly 300 veterans who are buried there.

The service will then begin at 10:40 a.m., with a flypast by the Fraser Blues vintage aircraft team at 11 a.m.

Organizers are encouraging as many veterans as possible to come out to the service this year, and thanks to some additional funding, are offering travel assistance for veterans who would like to attend, but have no means of getting there. This is available to veterans of any conflict, or to those who need assistance marching in the parade. Interested veterans are asked to email flrdcassistance@outlook.com or call 604-841-8350 before Saturday, Nov. 4.

“We appreciate that our Second World War veterans are getting really quite senior now … and getting around is always harder for them. And a lot of them are fortunate to have family that can help them, but some don’t,” Meads said.

Last year they had three or four veterans of the Second World War come to the service, but are unaware if veterans from any other conflicts — such as Afghanistan or Korea — attended.

“We found that younger members tend to come quietly and stand in the back, and we respect that,” Meads said. “But if someone is sitting at home and they really don’t have a way to get there for some reason, we want to facilitate that.”

The First Fort Langley Scout troop will play an important role in the ceremony as well. They will be placing small Canadian flags on every veteran headstone in the Fort Langley Cemetery, and two weeks before the service, cleaned the headstones as well.

READ MORE: Scouts honour the fallen of Fort Langley by cleaning their headstones

“When we asked the youth, ‘Do you want to do it?’ There wasn’t a hand down, actually, they were all willing to take part,” Meads said. “We’re not doing anything crazy with power washes, it’s literally you get down with a brush and water and you clean them so that they shine.”

Other Langley residents who are not able to attend the Nov. 11 service are invited to watch the ceremony live on the “Fort Langley Remembrance Day” Facebook page.

The Fort Langley service is one of four gatherings planned in the Langleys on Nov. 11. Services will also be held at the Aldergrove Legion, in Douglas Park and at the Murrayville Cemetery. 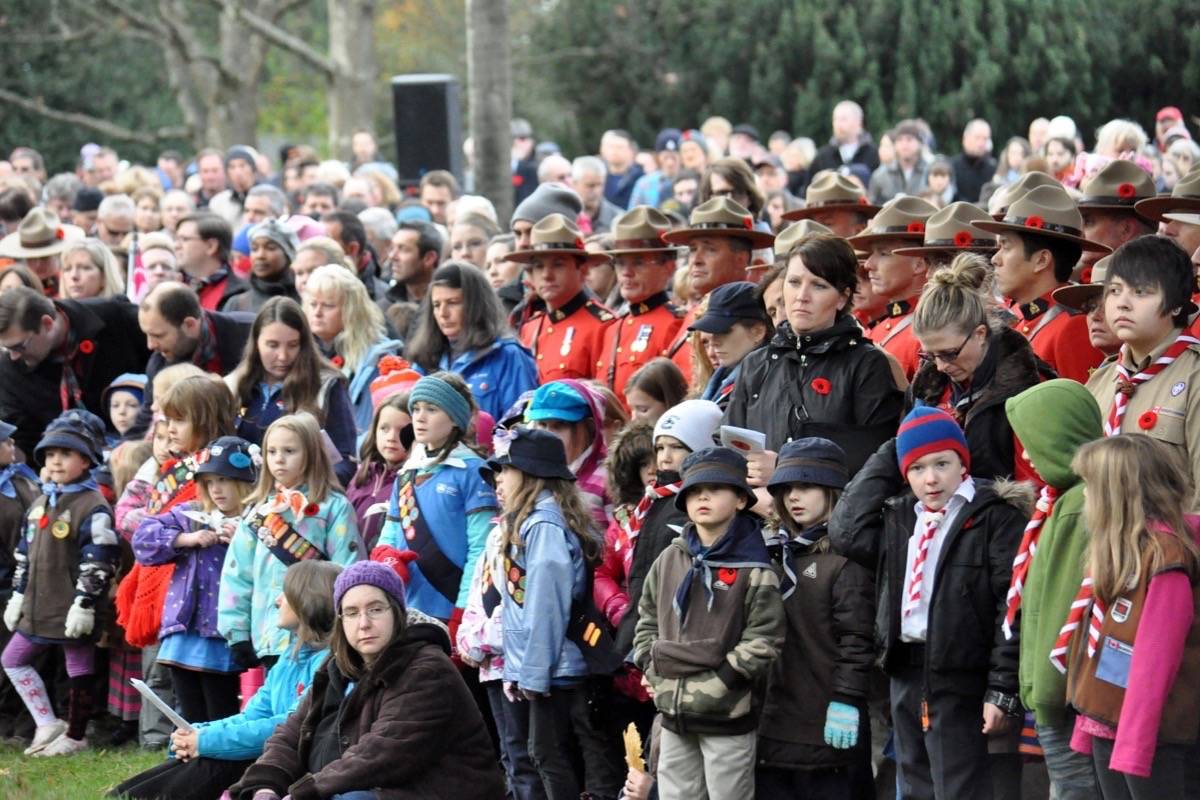