Law enforcement members carried the torch for Special Olympics BC (SOBC) this afternoon (June 6) in Murrayille.

From June 6 to 9, runners are pounding the pavement in Lower Mainland communities, to raise funds and awareness for SOBC as part of the 2017 BC Law Enforcement Torch Run.

The Langley RCMP detachment raised $1,261 for the cause.

The Lower Mainland Torch Run sees participants carry the ‘Flame of Hope’ and champion a message of respect and inclusion for individuals with intellectual disabilities.

The Langley leg started at 12:45 p.m. at the Langley RCMP Detachment, 22180 48A Ave. The three-and-a-half kilometre, round-trip trek included a daunting run up ‘Hospital Hill’ on Fraser Highway back towards the detachment.

It kicked off with speeches from Langley Township mayor Jack Froese and Langley City mayor Ted Schaffer, as well as Supt. Murray Power, head of the Langley RCMP detachment.

“This is a special day for our detachment,” Power said. “The cause is very special to the police community in British Columbia and that’s never going to be lost on us.”

Abigale Calvert, 20, and Ryerson Shelvey, 17, were among the Special Olympics athletes who took part in the run.

“I like to run and I’m very good at running,” said Abigale, who competes in basketball, powerlifting, and track and field.

Jokingly, Ryerson said that he “likes to chase cops.”

He said he enjoys Special Olympics because, “I just feel like an athlete who loves to play sports.”

Roughly 500 law enforcement members from a range of agencies along with 80 SOBC athletes are expected to take part in runs and festivities in their communities.

The run schedule through Metro Vancouver is: 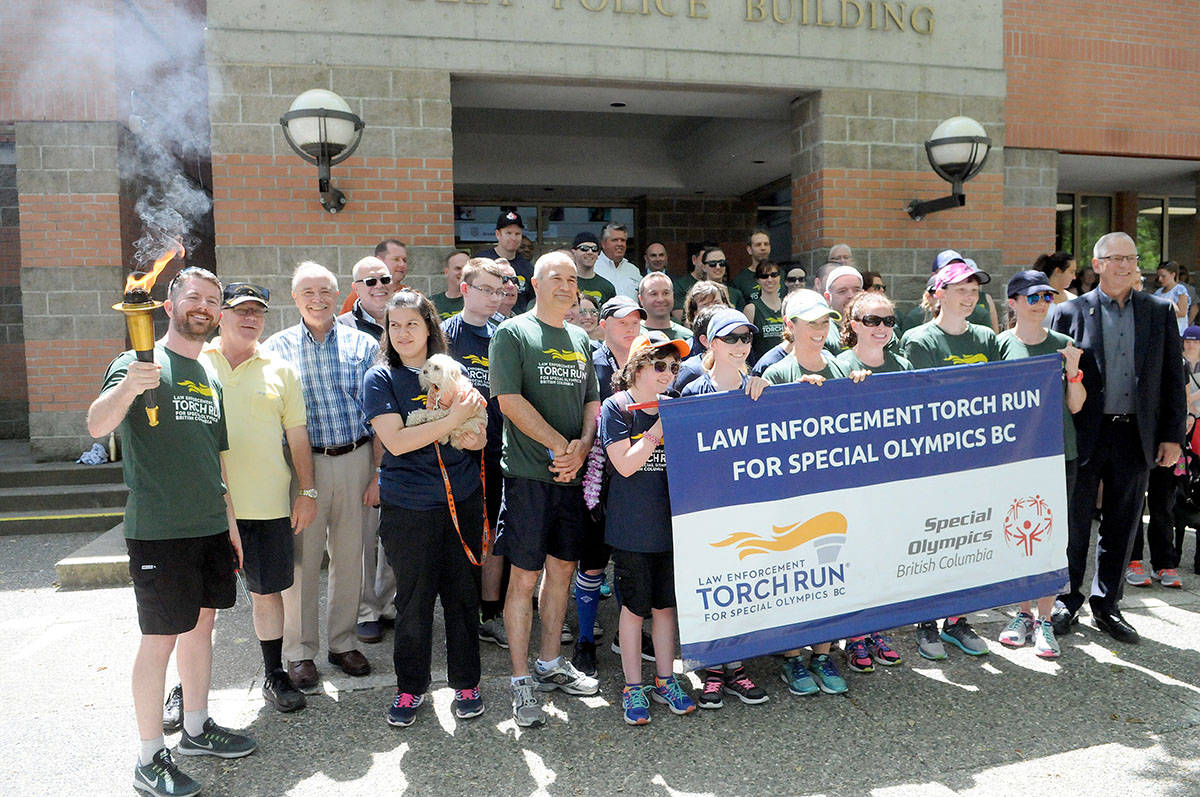 Participants gathered for a group photo in front of the Langley RCMP detachment in Murrayville on Tuesday afternoon, June 6, before embarking on the Langley leg of the 2017 BC Law Enforcement Torch Run in support of Special Olympics BC. Troy Landreville Langley Times 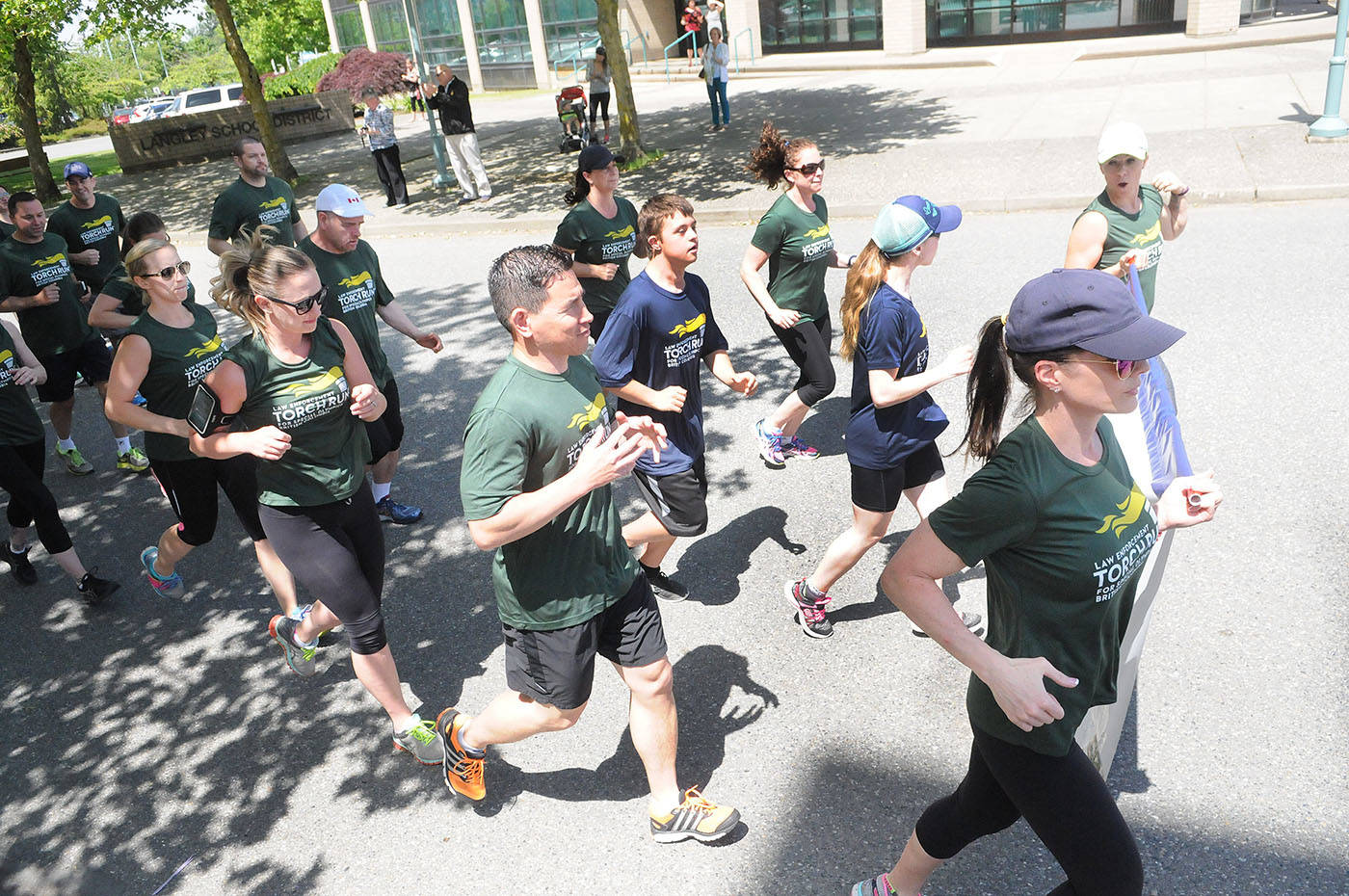