Tim Lounsbury met Edwina Smith for the first time 48 years ago, during an October, 1972 after-work get-together in a Langley lounge for staff from the New Westminster and Langley offices of Avco Financial.

He didn’t know it then, but he had just found the love of his life.

Two months earlier, Tim had moved to B.C. from St.Catharines, Ontario as a company move to replace Edwina in the New Westminster office, a vacancy created when she was promoted to the Langley office.

There was, he recalls, an empty seat next to Edwina, and when Tim ended up sitting next to her, as a joke, he put his arm around Edwina.

Just then, a physically imposing 6’4” man who looked like he might be a boyfriend walked in, and Tim quickly removed his arm.

It turned out the man was not her boyfriend, just a good friend.

It would be several months before they would have their first official date, a North Delta Kinsmen family barbecue. It went very well, Tim recalls.

“After that, it was over and done,” Tim chuckled.

They shared a love of music and travel, and humour was a big part of the relationship.

“We always said her favourite wine was red, with alcohol in it,” Tim related.

“Edwina was 75 and I’m 70 and she always said “she married a younger man to look after her in her old age,” he said.

Even when Alzheimer’s took away so much from her, Tim could still make Edwina laugh some times.

She was admitted to Fort Langley Seniors Community in June of last year after her devoted husband spent two years caring for her 24/7.

In-person visits during the pandemic were suspended at Fort Langley Seniors Community, but on Nov. 5 Fraser Health Authority reported a COVID-19 outbreak inside the long-term care facility.

When Edwina became sick, Tim and daughter Misty were able to see her one last time on Saturday, Dec. 5, before she died.

“I got to hold her hand and kiss her forehead and say goodbye,” he recalled.

Afterwards, Tim wrote a tribute to Edwina and posted it online.

“She was a joy and taught me a great deal,” he wrote.

“Mostly when to keep quiet.”

“She gave me my wonderful family, our daughter Misty and our two fantastic grandsons, Adam and Nathan,” he said.

“We were absolutely blessed.”

“Love you lots, sweetheart, say hi to all our friends and family in heaven. I know Gerry [Shwartzenberger, Tim’s best man at their wedding and very good friend] is singing to you and Patsy [Fumagalli, a well known Langley artist and friend] is painting your portrait. I will love you forever.”

Edwina Lounsbury was English, born in Birmingham, England in 1945.

Her father was a Canadian soldier who died in Holland, three weeks before the war ended.

“I couldn’t have asked for better and more loving in-laws,” Tim said.

Edwina would go on to become the first female manager in Canada for Avco, then go to work for Bayfield investments a mortgage broker, for 20 years until her retirement. 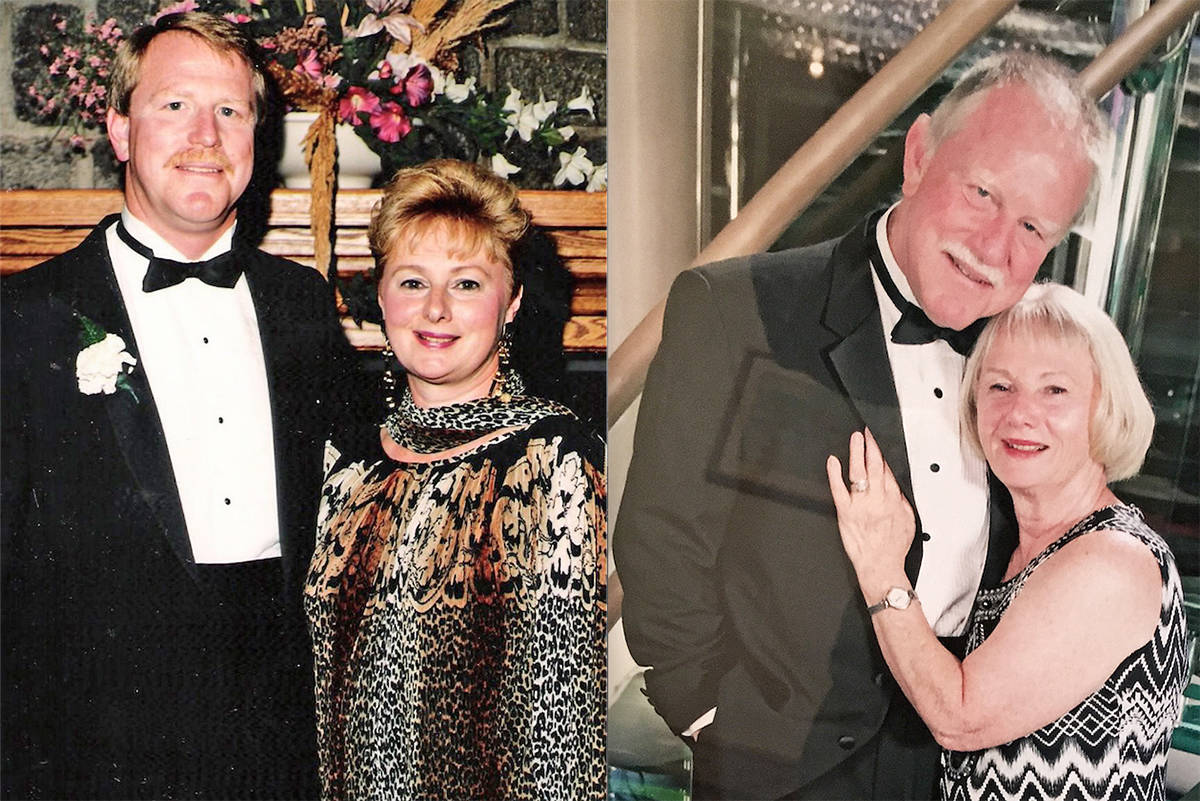 Tim and Edwina Lounsbury of Langley were together 47 years before COVID-19 claimed her life.(Courtesy Lounsbury family/special to Langley Advance Times)