Meeting Disney princesses is something children dream of, but for one five-year-old Langley girl, the dream was made a reality in late December.

Young Mae Ten Haaf, who attends Kindergarten at King’s School, was granted her wish to dress up and visit Disney princesses in Walt Disney World, thanks to Make-A-Wish BC and Yukon.

Mae, along with her mother Tessa, father Harry, baby sister Ruth, and older brothers Ari and Job, flew to Orlando, Florida on December 15th for the trip of a lifetime.

“It was a celebration of Mae being well,” said Tessa.

According to Tessa, the experience was a very different reality from what Mae has endured in the last few years of her young life.

At 20 months old, Mae was diagnosed with medullary pilocytic astrocytoma–a brain stem tumour the size of a tennis ball, that affected multiple aspects of Mae’s life.

“To see your child so close to death, and to see them today–it’s a miracle,” said Tessa.

When Mae was first diagnosed, she couldn’t walk, eat, or talk, and spent much of her life at the BC Children’s Hospital.

After the diagnosis, a plan to beat the tumour was made, and has proven to be successful.

“That plan involved immediate surgery to remove as much of the tumour as possible. Surgeons were able to reduce the tumour size by half. The difference in Mae was immediate. Her eyes, right away, were brighter,” explained Tessa.

Following the surgery was 72 weeks of chemotherapy, and hours of speech and physical therapy.

Today, Mae’s health has drastically improved, and her MRI scans have been all clear. She only requires a new scan once a year.

“Her doctors say it’s remarkable that, with as little medulla as she has, that she’s doing as well as she is—she should not function as well as she does. We’ve learned how to celebrate how well she is doing.”

And celebrate is exactly what they did during the trip that was a first for the family from Murrayville.

“The overall experience was fabulous. The highlights were staying at the Give Kids the World village, which caters to Wish children, and Mae’s actual wish which was a princess makeover,” said Tessa.

“They have ‘fairy godmothers’ who do the makeovers, and Mae’s fairy godmother had also stayed at the Give Kids the World with her sister, so that was very special for me as the mama.”

The week was filled with princesses, and Tessa said for Mae, the holiday was “what dreams are made of.”

“She [Mae] very much enjoyed the Dumbo ride, the teacup ride, and the princesses.”

And back home, Tessa said Mae is doing well, despite the chance that the tumour could return.

“There’s still always a 50 per cent chance of regrowth for the first ten years, but she’s considered a miracle. The chemo was supposed to stunt the tumour growth but it actually shrunk it down to not being able to be seen. It’s unbelievable.”

After years of health issues and stress, the trip allowed the Ten Haafs to relax and enjoy Mae’s better health.

“I don’t really know how to express our thanks,” added Tessa.

“It was all [the trip] so relaxing, so special. So perfect.” 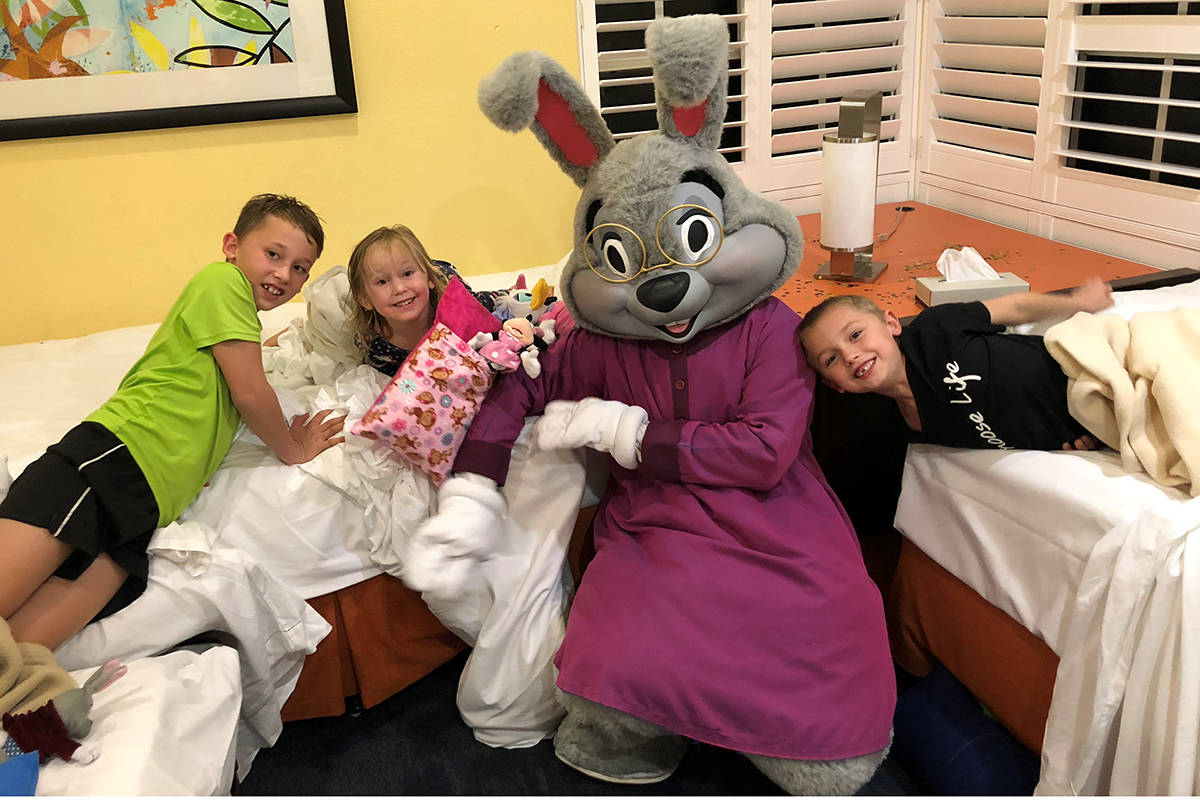 Mae (second from left) and her brothers enjoyed a story at the “Give Kids the World” village for sick kids in Disney World. Courtesy Tessa Ten Haaf

WATCH: Giving the special needs community a Night to Shine