Every year as Christmas approaches, businesses in Langley may find themselves haunted by a Christmas ghost in the name of charity.

With Kuyer will be associate Kyle Murray, who will be playing the put-upon and underpaid counting house clerk Bob Cratchit.

They’ll be collecting donations from local businesses, with all funds going towards the Langley Christmas Bureau and the Province Empty Stocking Fund.

This is the 26th year for the Victorian-themed fundraiser.

The annual event began with Kuyer as Jacob Marley and his business partner Stephen de Verteuil as Scrooge, the most notorious miser in English literature.

The project was a natural for business partners Kuyer and de Verteuil, who were both aficionados of the Victorian era and the works of Dickens.

Dressing up in top hats and waistcoats as the owners of a 19th century “counting house” fit with their profession as accountants.

After the first success, the pair decided to make it a yearly event, visiting 25 to 50 businesses a year around Langley in character, urging businesses to “pay up” as if they owed money to the firm of Marley and Scrooge.

De Verteuil passed away in 2002 at the age of 47, and his portrayal of Scrooge was retired, but Kuyer kept going solo as Marley, until recruiting Murray as Cratchit starting in 2017.

As with last year, Kuyer and Murray will only be visiting a small handful of businesses in person this year due to COVID-19 safety issues.

Murray noted that he missed being able to go out on the rounds in person, meeting people who got a kick out of the Victorian-era visitors.

The duo had feared that with all the economic disruptions of 2020, that collections for the Christmas charities would be down, but donors proved extra generous.

Of course, for those who don’t donate, it might mean “a visit from Jacob Marley on Christmas Eve,” Kuyer joked.

The most important question for Langley’s Marley and Cratchit remains – which is their favourite filmed adaptation of A Christmas Carol?

“My favourite is still the Alastair Sim production,” said Kuyer. Filmed as Scrooge in 1951, it’s been a seasonal classic for decades.

“The Muppets [version],” he said. “I’ve always loved the Sim one, but I always had a special place in my heart for the Muppets.” 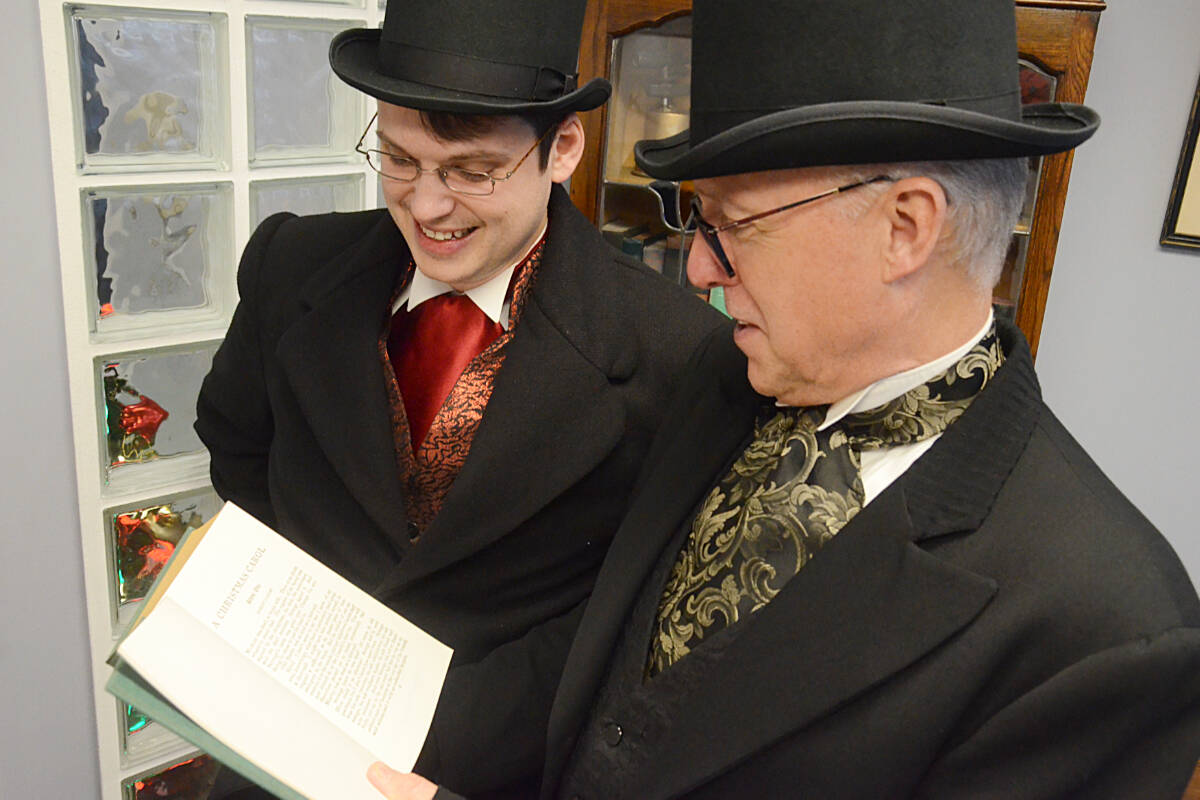 From gifts to groceries, how shopping locally helps your community!