It will cost the City of Langley about $1,800 each to replace brass plaques that were pried off three historical statues in the downtown core, City Director of Engineering, Parks and Environment Rick Bomhof estimates.

Late last year, someone vandalized “The Traders,” prying off the plaques on two sculptures of a Hudson’s Bay trader and a Kwantlen First Nation chief who stand facing each other on Innes Corners plaza, near the corner of Fraser Highway and Glover Road.

A plaque was also ripped from the statue of a conductor at at the southwest corner of 204th Street and Fraser Highway.

Likely stolen to be sold to metal scrap dealers, the plaques are obviously historical in nature, Bomhof said.

“It’s disappointing to think that some metal recycler out there won’t question where these came from,” Bomhof commented.

The three were among several red cedar statues created for Langley City by legendary chainsaw carver Peter Ryan, who passed away on Jan. 8.

Ryan, a resident of Hope, also created the statue of two men portaging a canoe, which stands in front of Langley City hall at the corner of 204th and Douglas Street, as well as an old-time car and driver located outside a car wash and oil change service on Fraser Highway

READ ALSO: A historic Langley statue gets a mask, and the sculptor is amused

In addition, Ryan carved a representation of a Langley farmer at Glover Road and Duncan Way, which stands where the City originally began, a cluster of homesteads on the famous Smugglers Trail which ran from Fort Langley to what was then known as Langley Prairie (now Langley City).

And he is also responsible for an image of Langley City’s first elected mayor Ernie Sendall, located in the park of same name, Sendall Gardens at 201A Street and 50th Avenue, which featured the mayor’s trademark heavy-framed glasses, what Ryan described as his “Roy Orbison” bust.

That statue had to be repaired after it was vandalized in July of 2014. 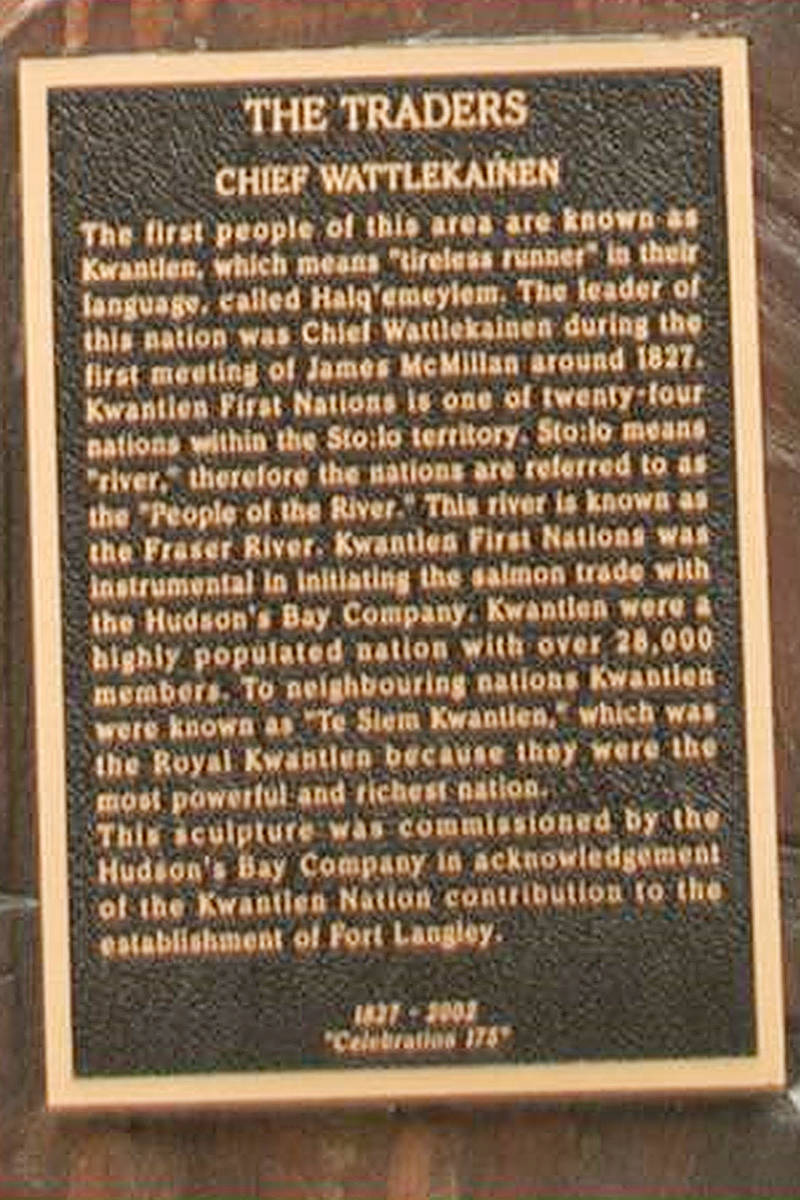 One of the stolen plaques, taken late last year from the “Traders” statues (Langley City image) 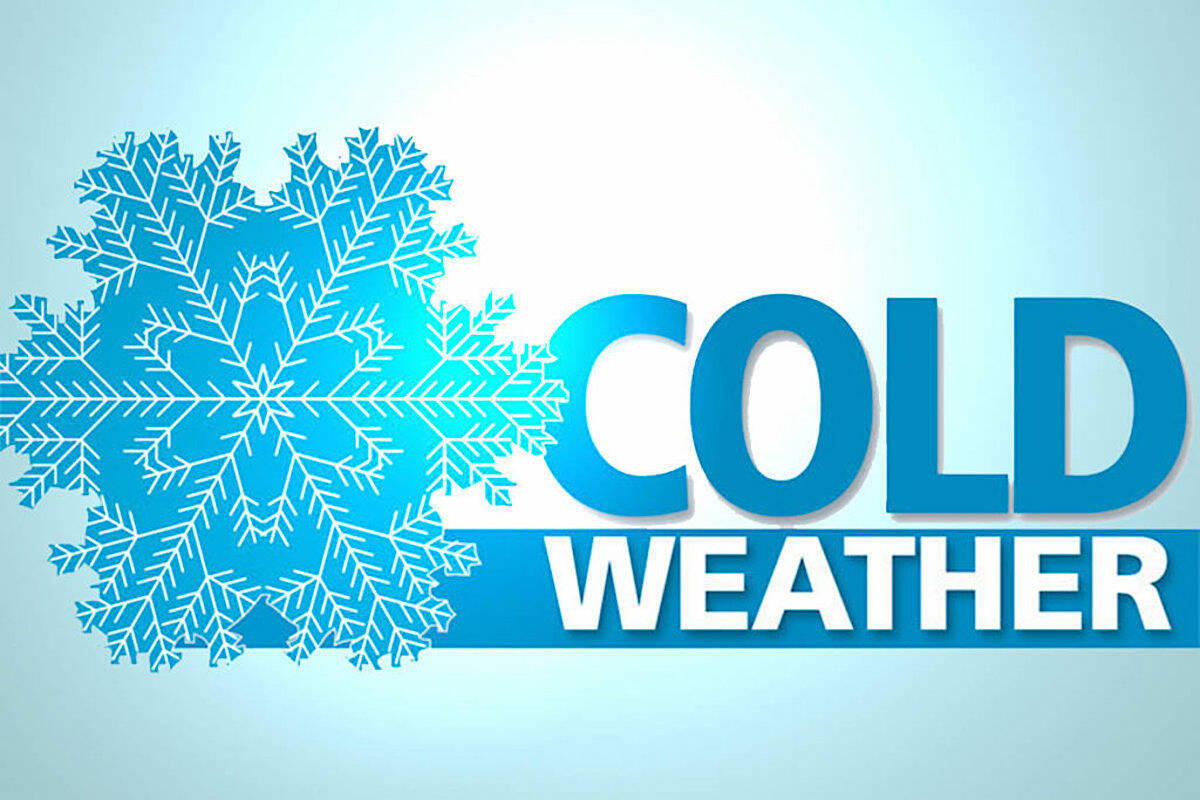 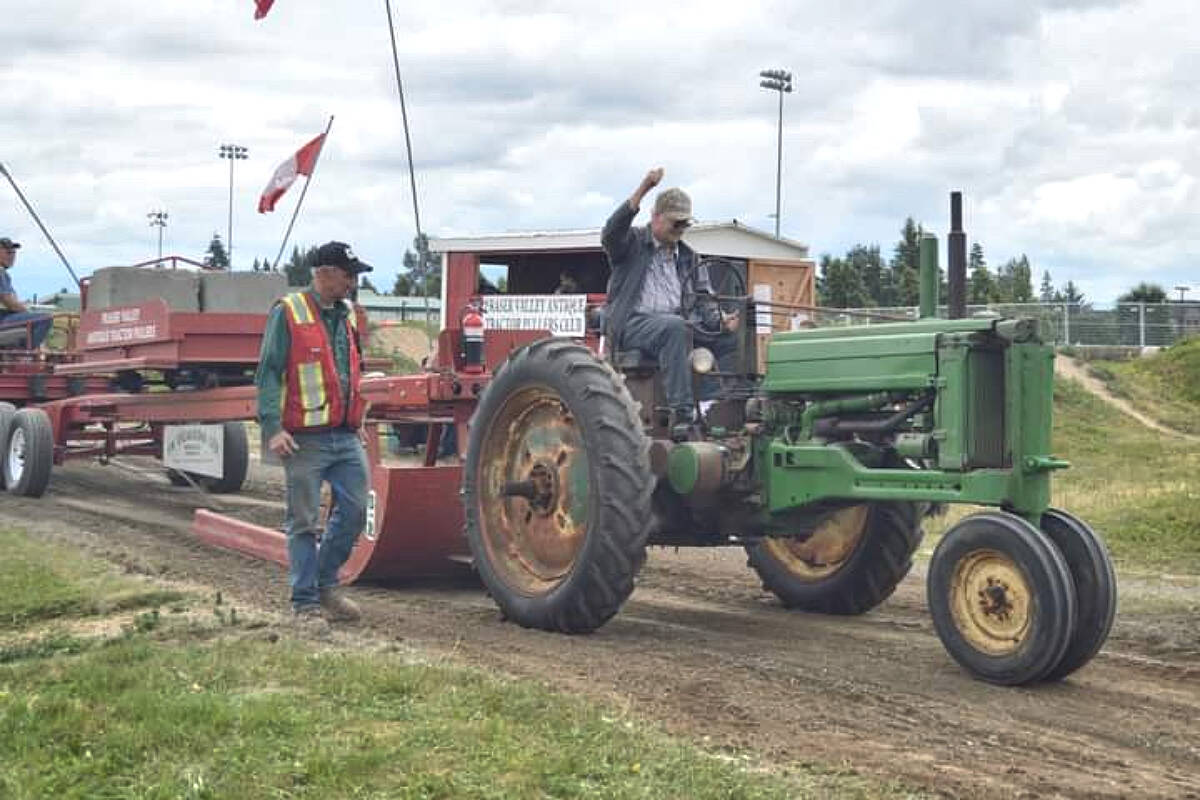 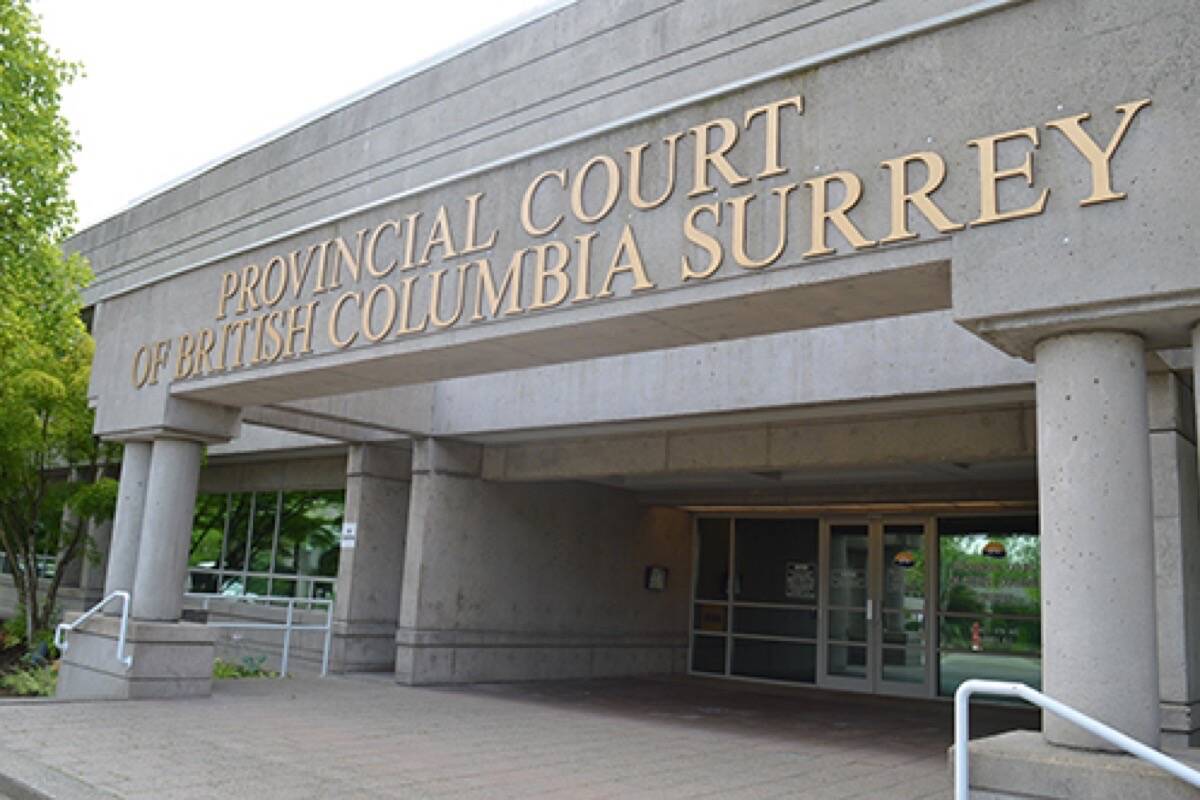 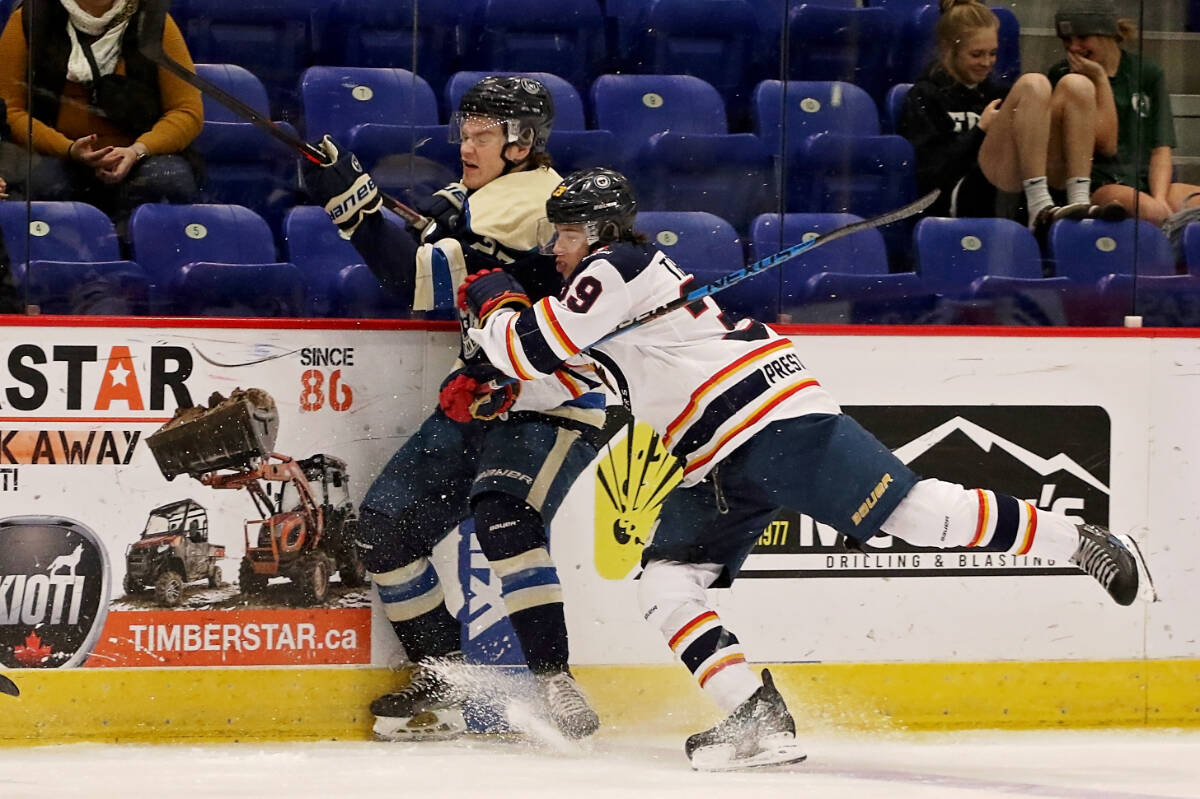